At the end of our stay in Arkansas, we hitched up for what will probably end up being our longest stretch of solid traveling.  Two days to the eastern edge of North Dakota, and one more day to travel to the western side of the same state.  Goodbye shorts and t-shirts, hello long pants and jackets. 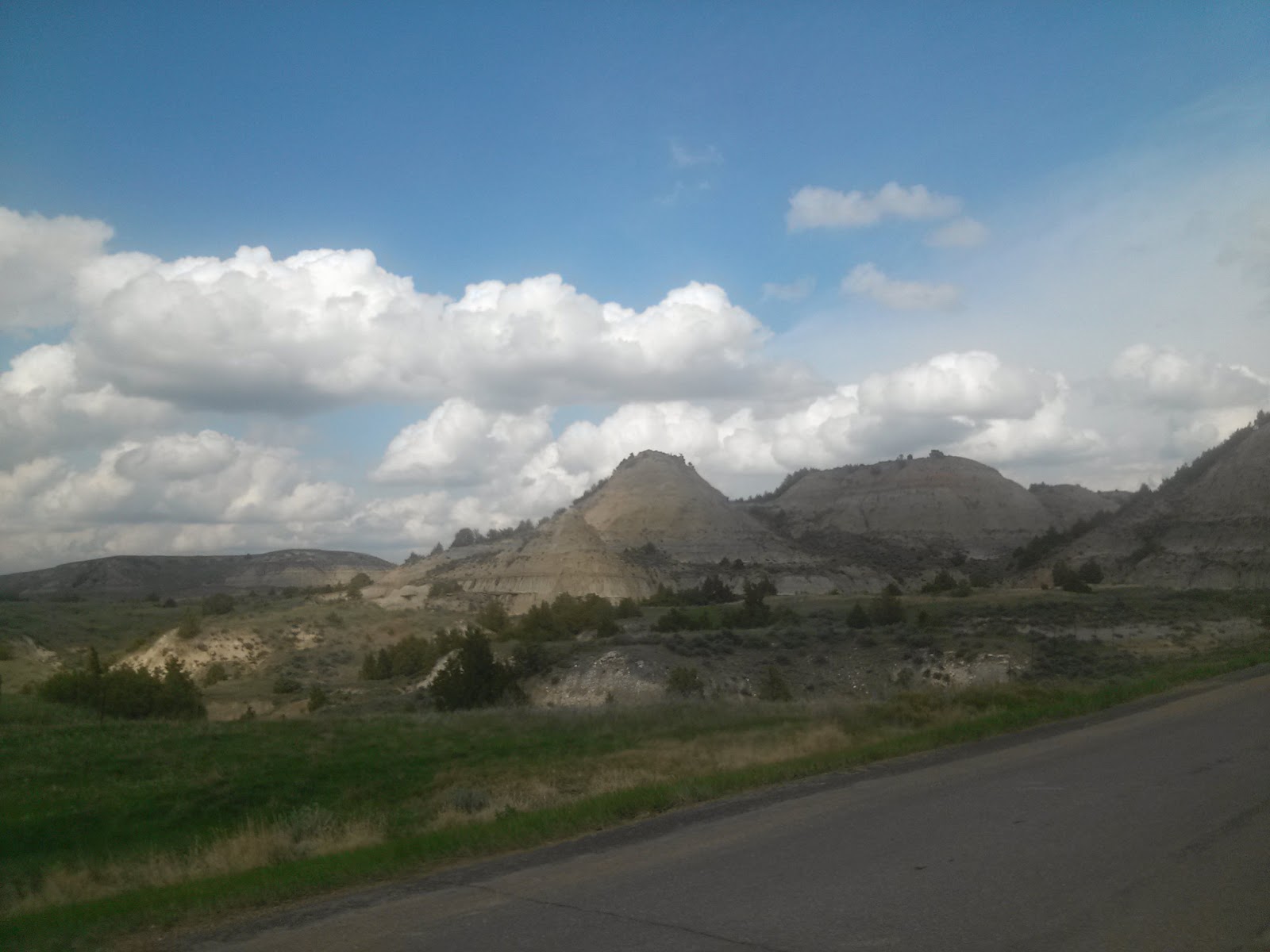 Unfortunately, the day we arrived was the only day that we had nice weather.  That evening, a storm quickly rolled in and never let up.  Unwilling to be thwarted by pouring rain and high wind gusts, we donned our rain gear and set off for the park!
Yep, still smiling, and yes, I know you’re not supposed to tie those things across your face.  However, it gives you something to bite down on when the wind and rain get really crazy!: 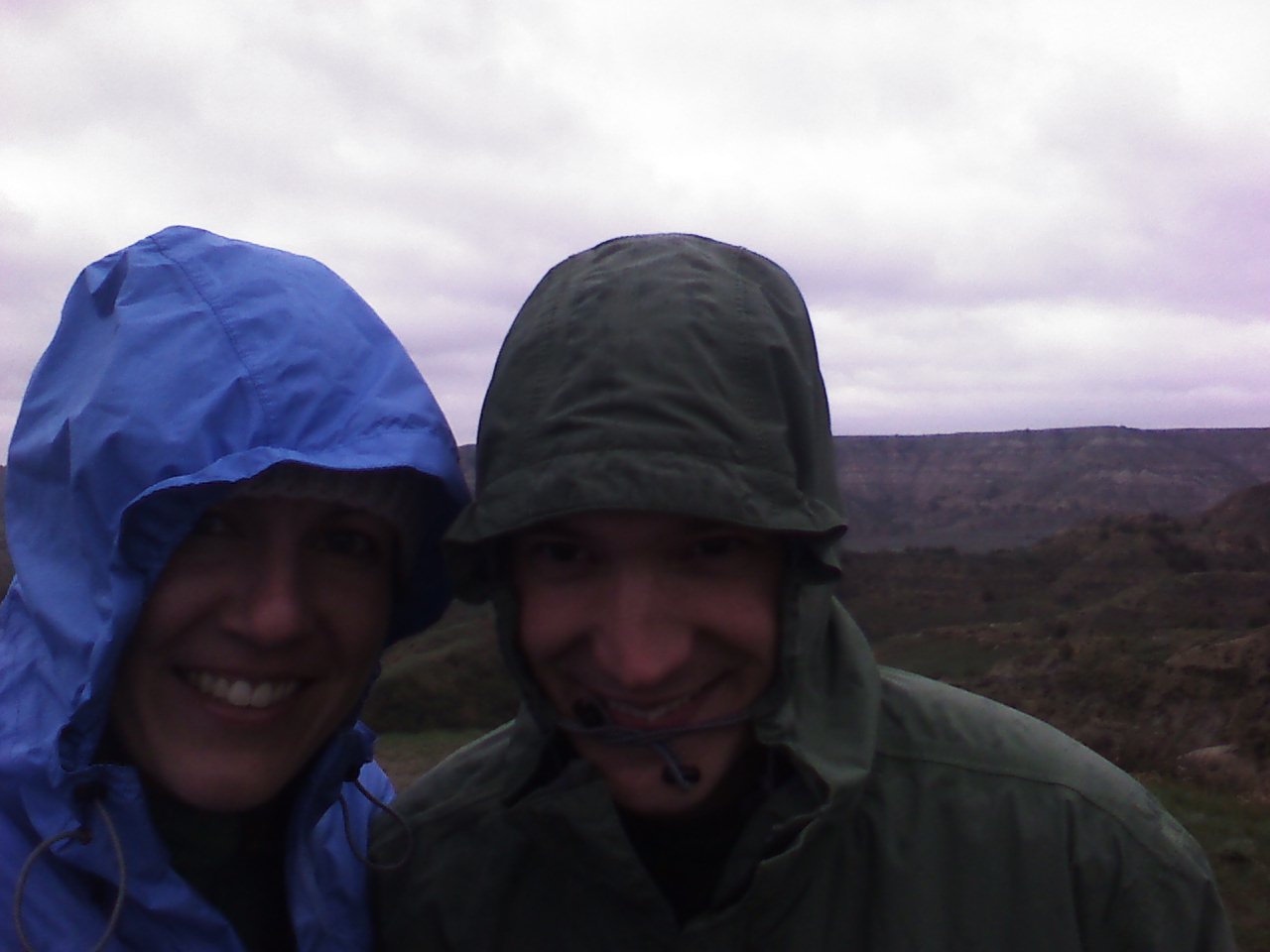 The park comprises a good portion of the Badlands of North Dakota.  Imagine a grassland that gives way to a beautiful mosaic of soft sedimentary rock interspersed with layers of clay mud and sand.  Much of it is soft and crumbly when dry, and turns into a bit of a slip-and-slide when wet.  Due to the slick nature of it during our stay, we had to limit our hiking to the shorter paths throughout the park.  On the plus side, we had almost the entire park to ourselves and only came across a handful of other people. 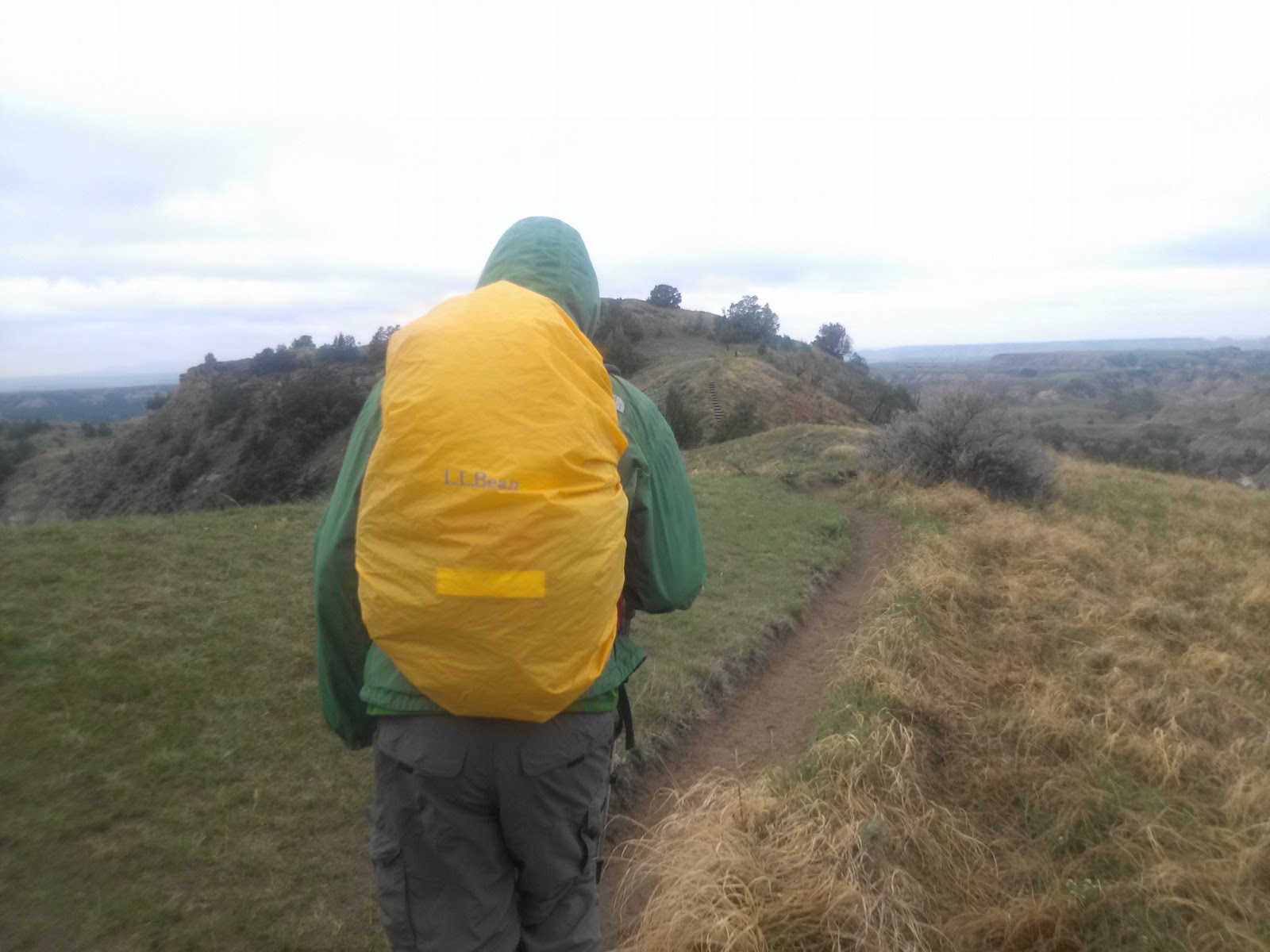 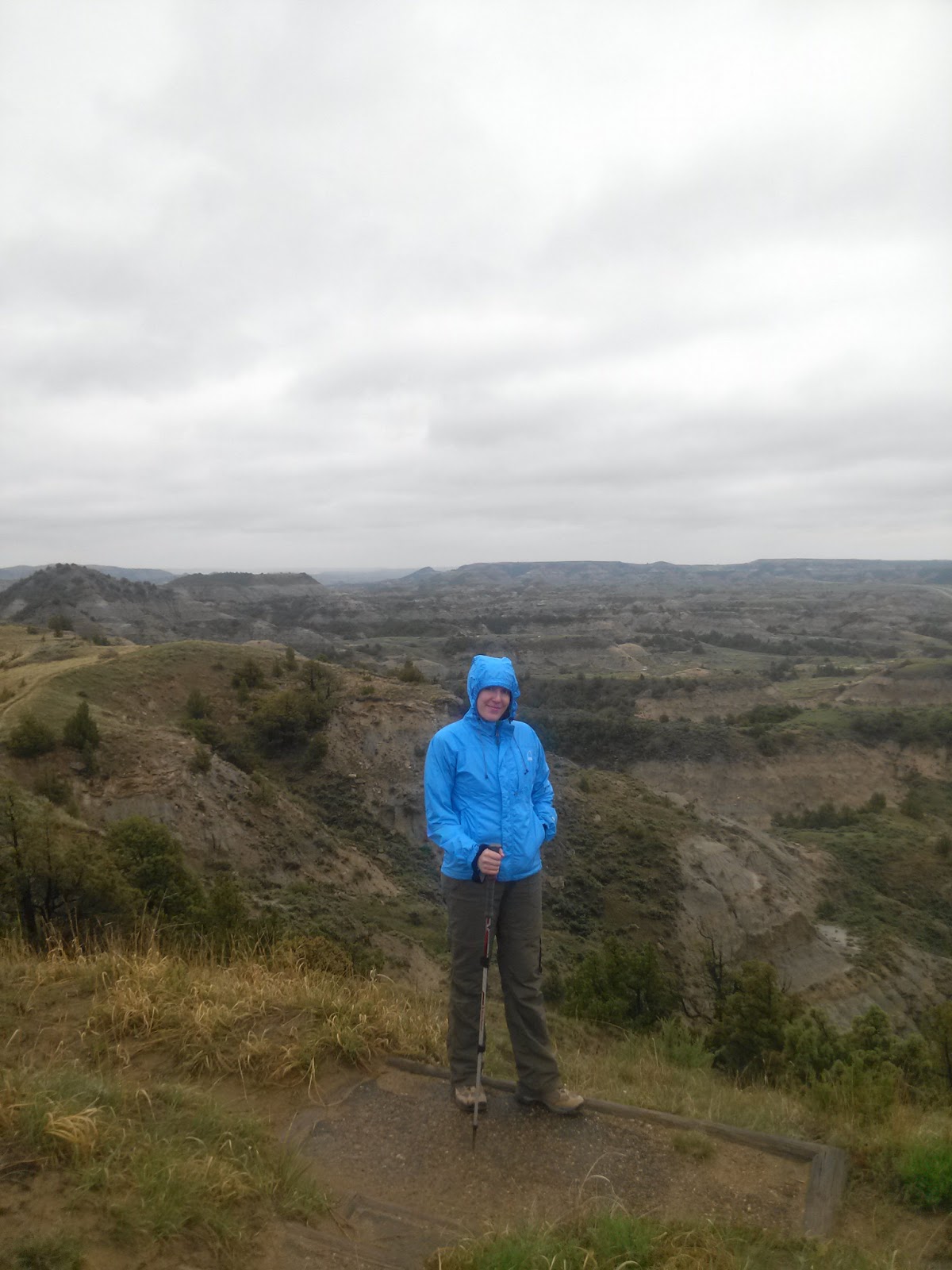 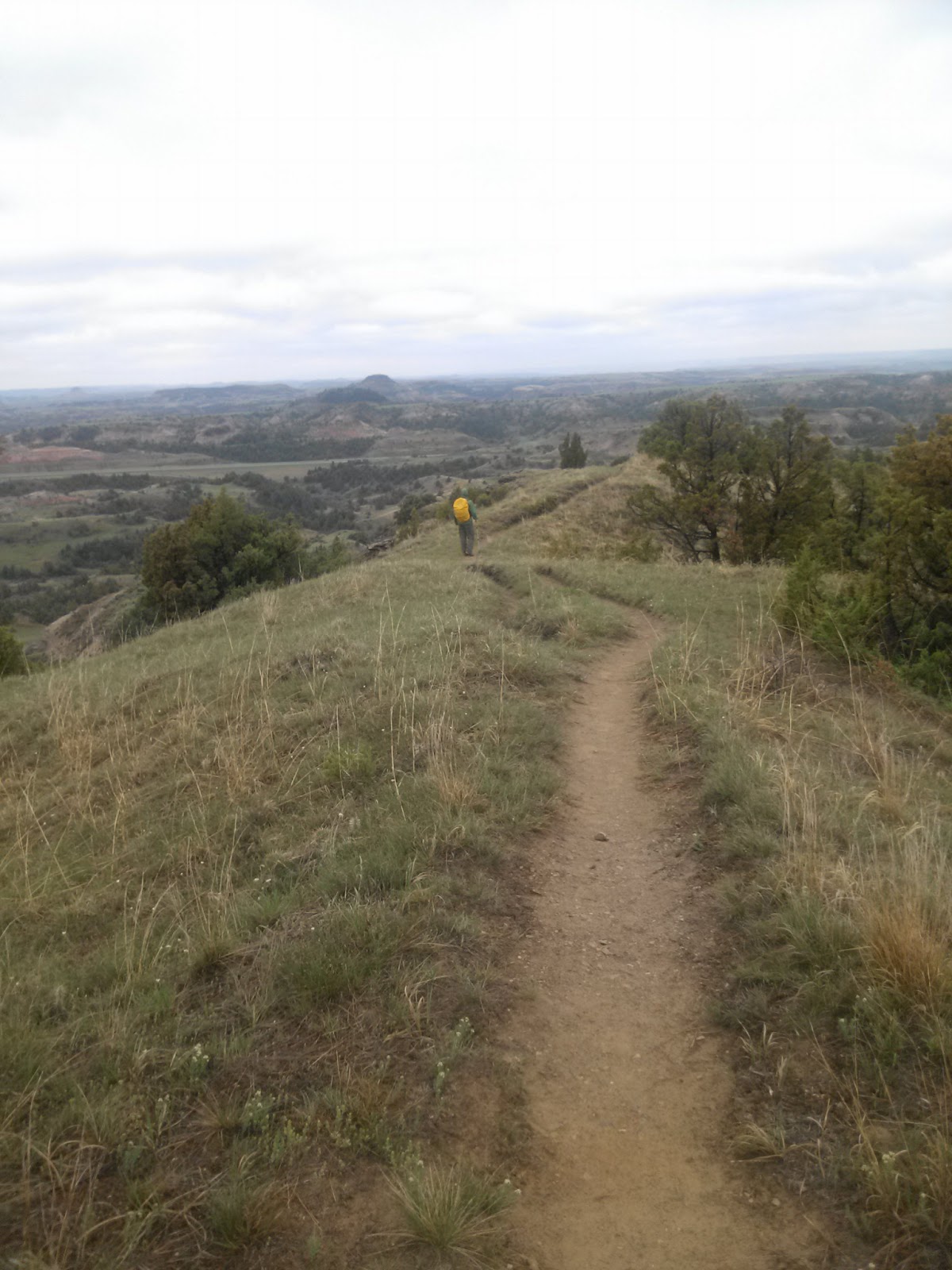 Prairie Dog “Towns” (they were all over the place, but finding them in the pictures is a bit of a “Where’s Waldo” game):
(Präriehund “Städte”:) 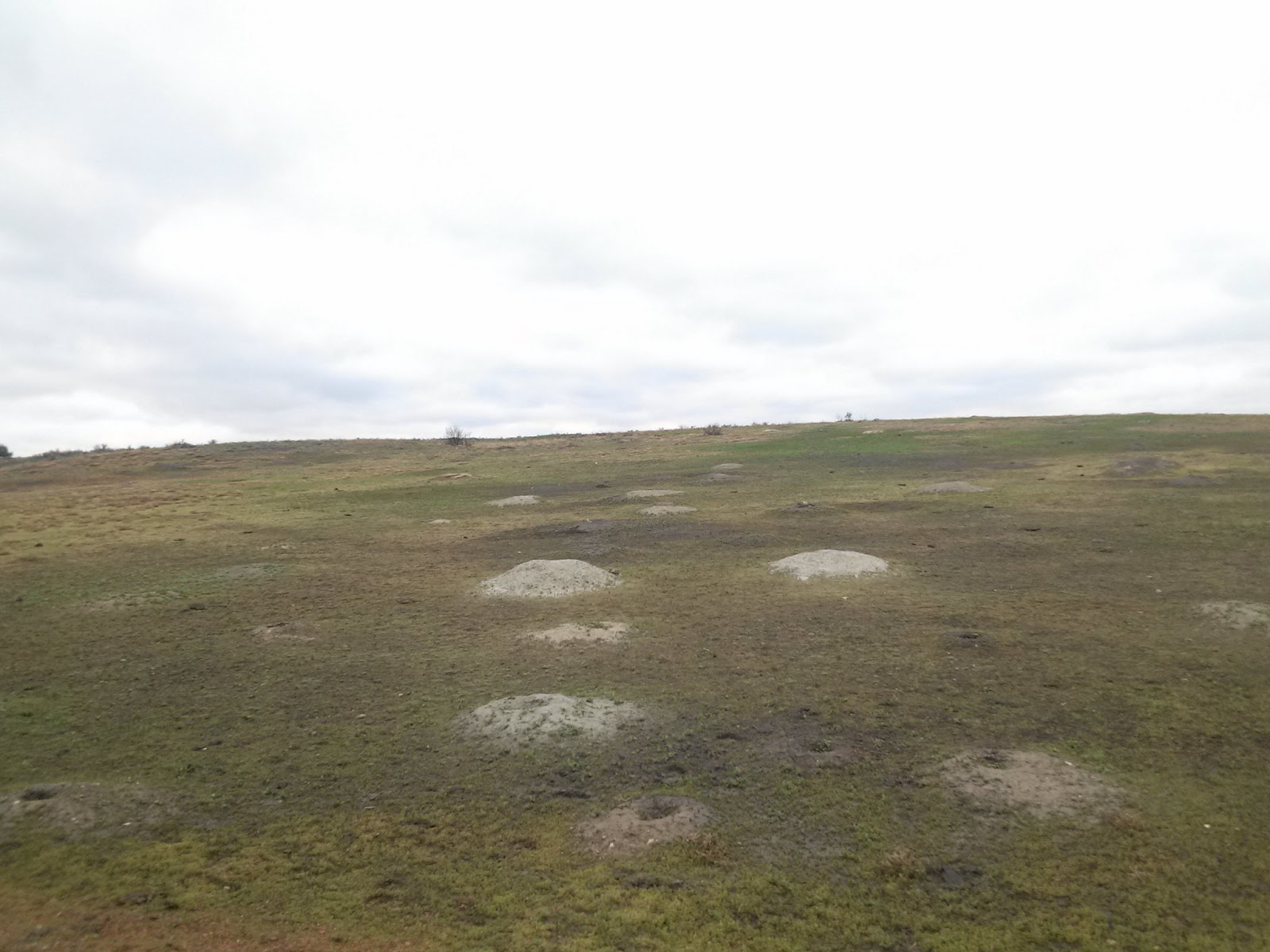 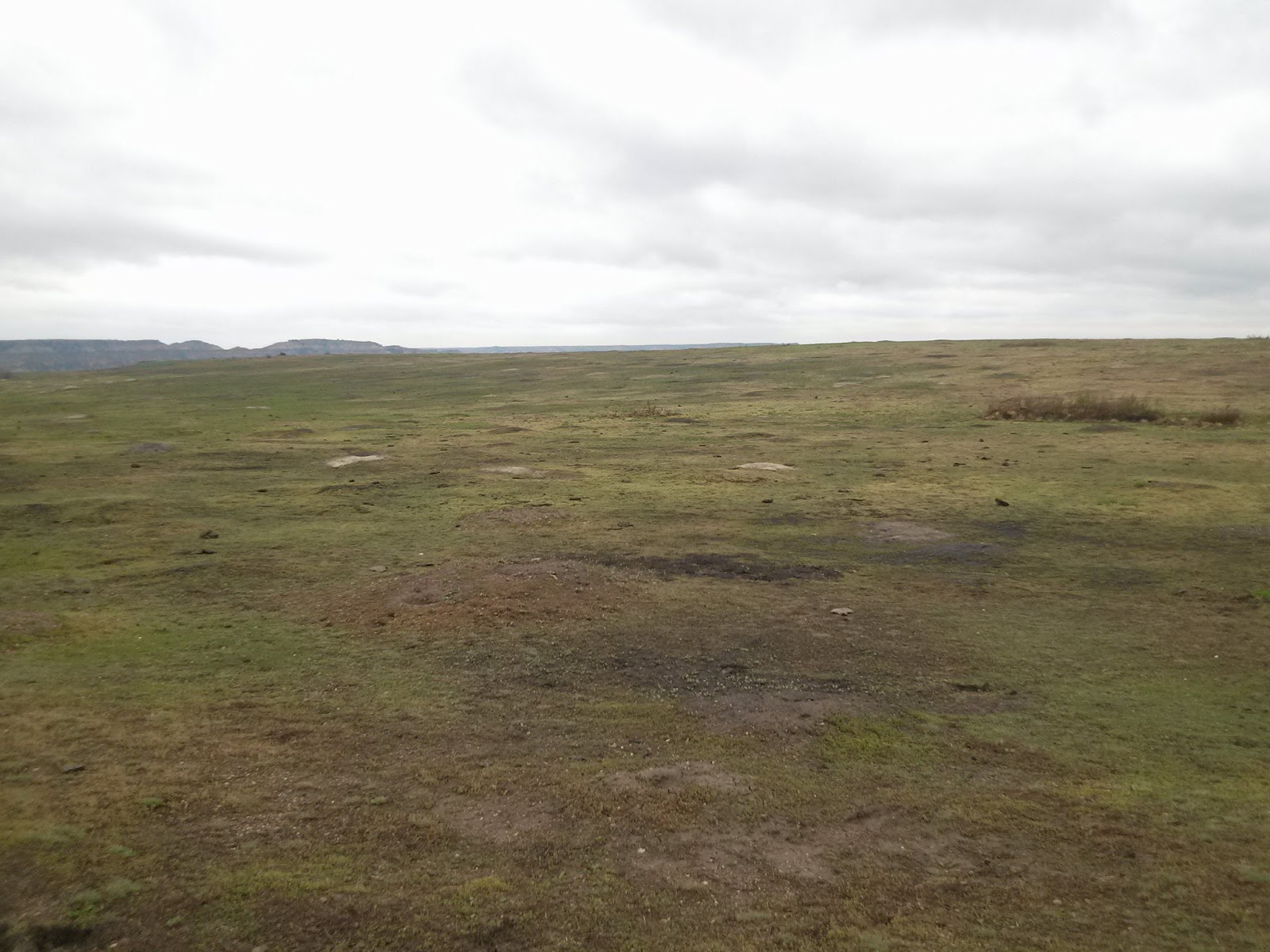 There are about 300 buffalo in the southern end of the park here as well.  We didn’t come across any of them on the trails, but they had very thoughtfully left numerous “landmines” all over the trails which added another interesting dynamic to navigating the slippery, narrow pathways:
(Es gibt ungefähr 300 Büffel im südlichen Ende des Parks:) 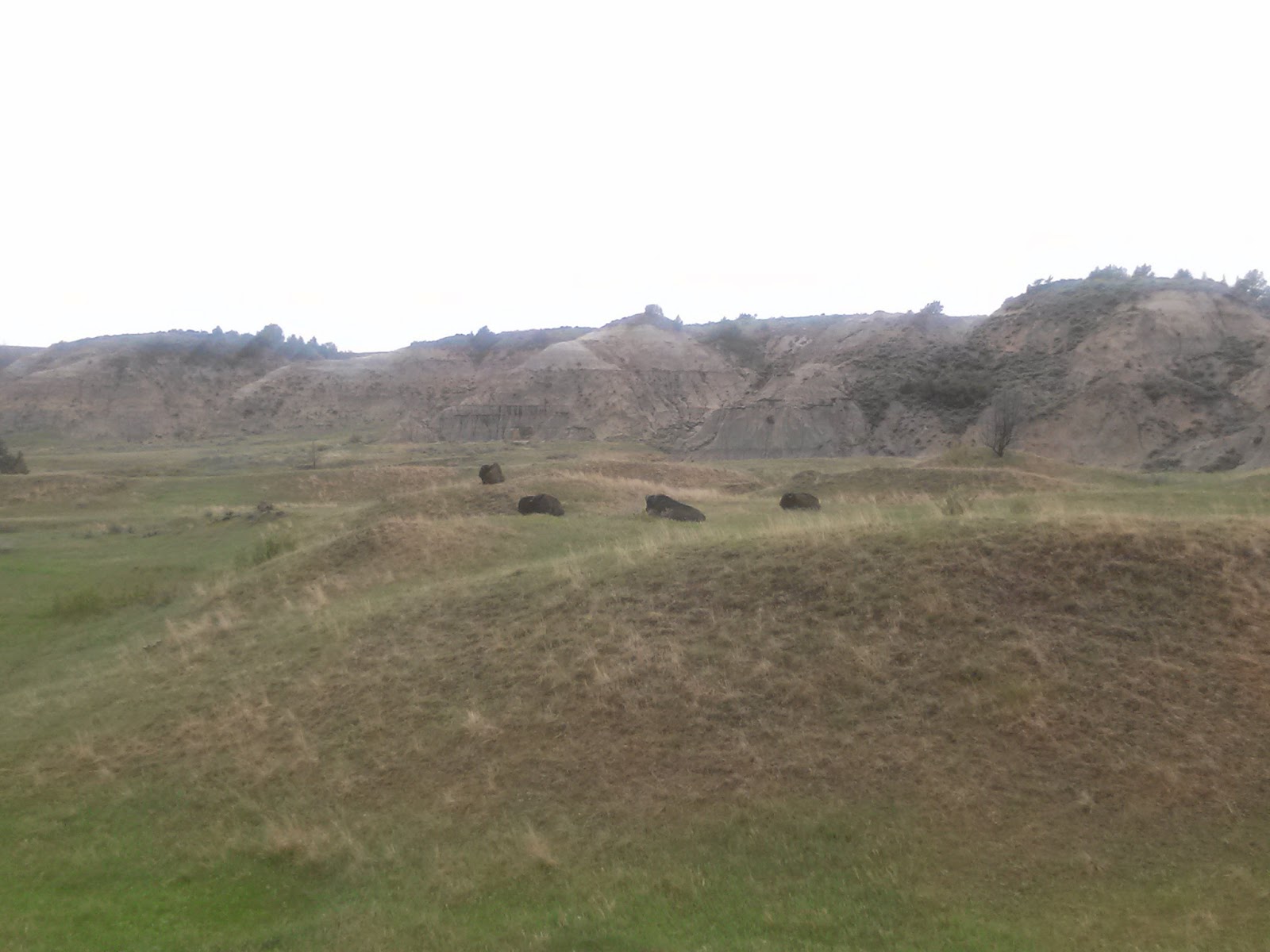 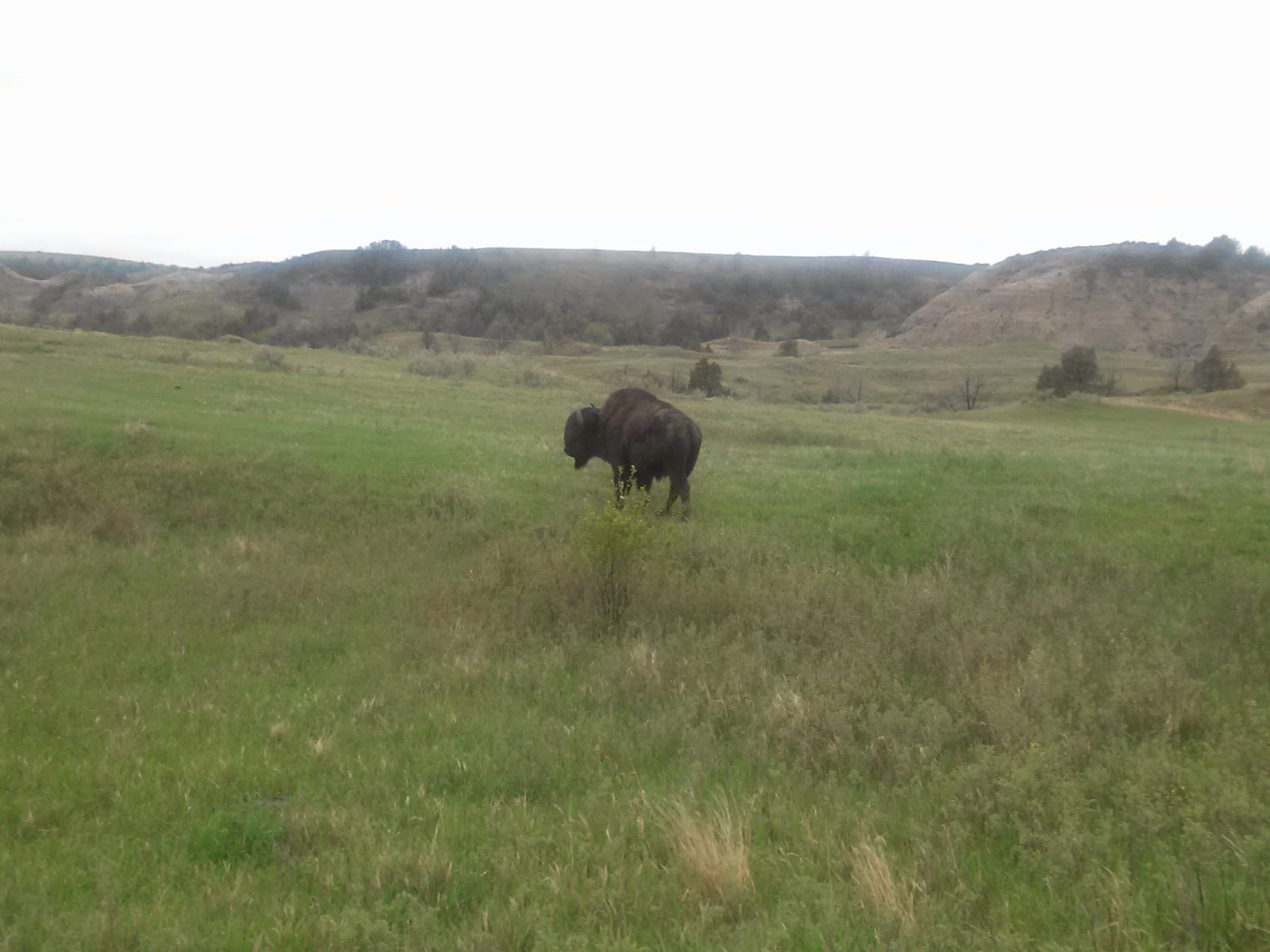 The next pictures were from the Coal Vein Trail where an exposed vein of coal had burned from 1951 to 1977.  The dark red is actually burned clay.  This was our last hike for the day because the weather took a sudden turn for the worse and we were pretty well soaked through by the time we made it back to the car:
(Die nächsten Bilder sind von der Kohlenader Spur, wo eine Ader von Kohle von 1951 bis 1977 gebrannt hatte. Das dunkelrote ist gebrannter Lehm:) 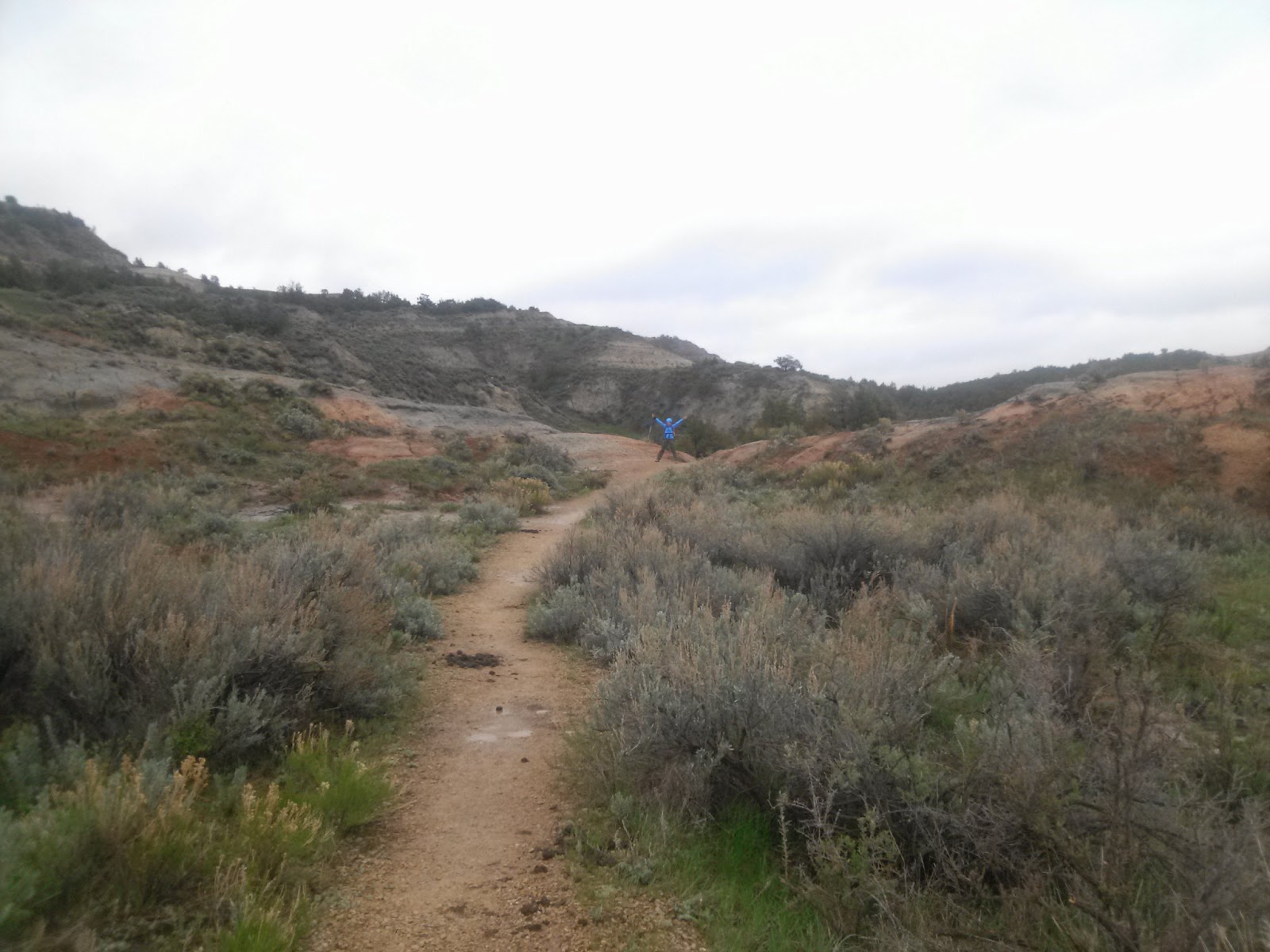 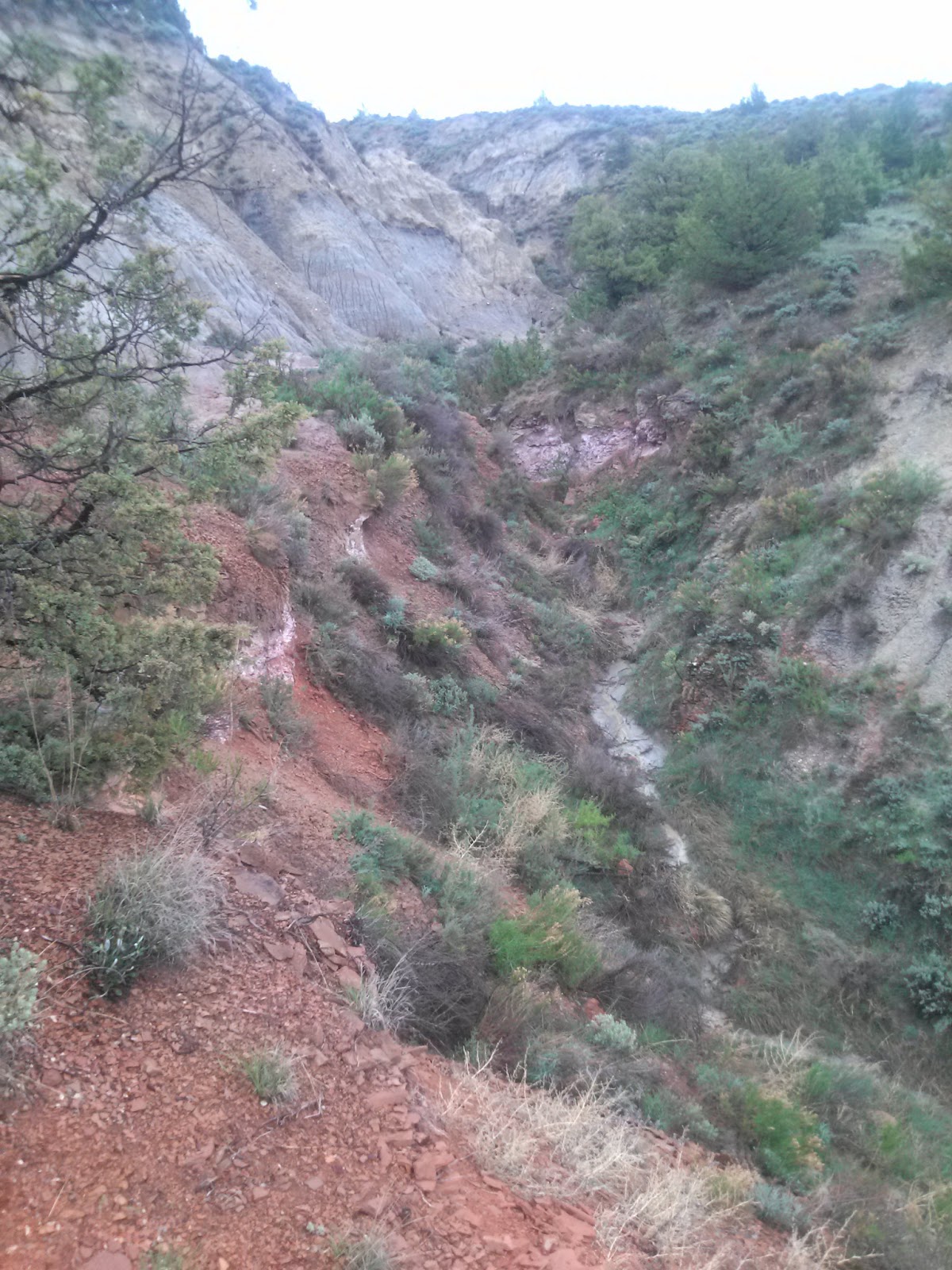 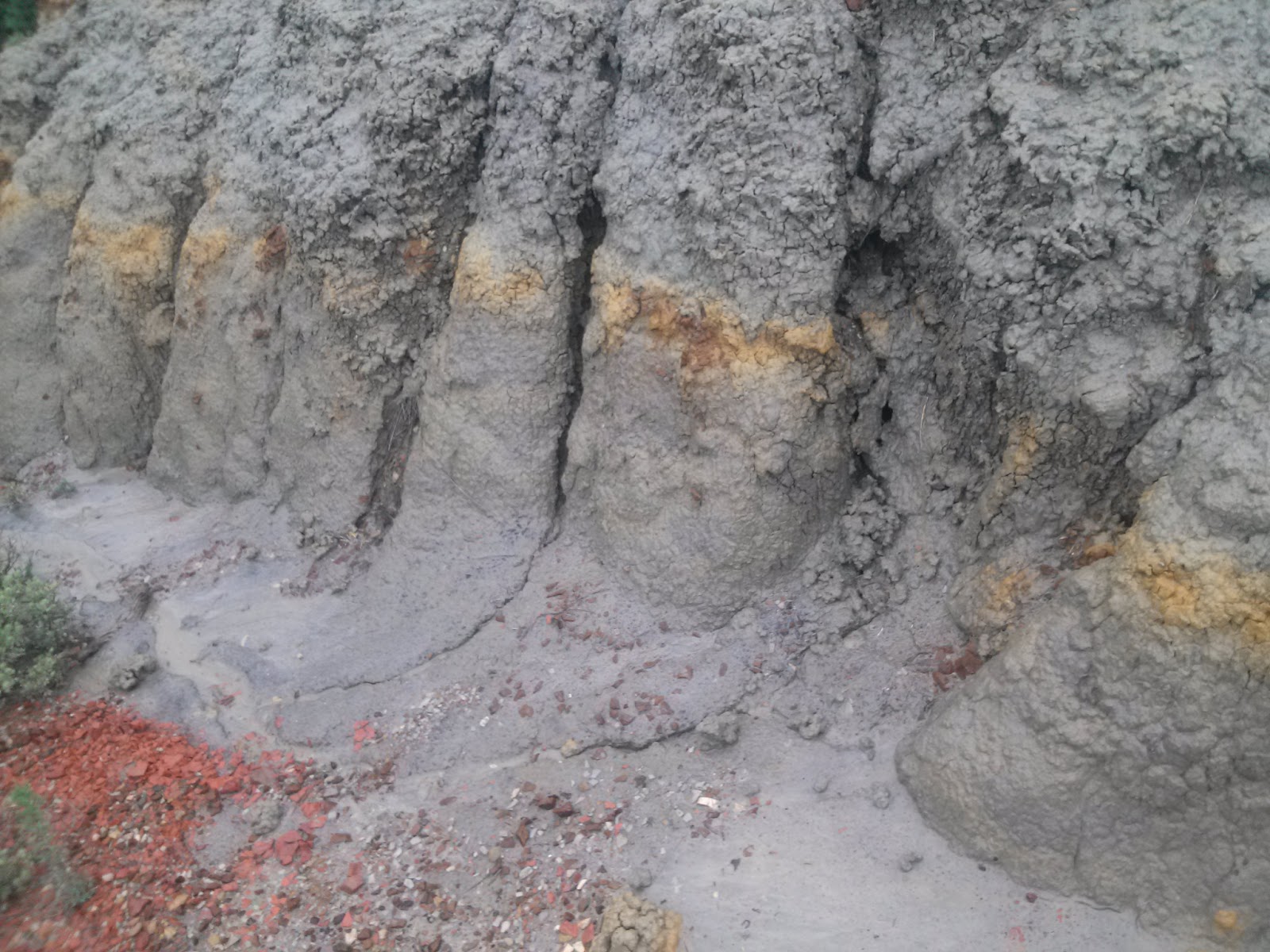 A few other random shots before signing off:
(Noch einige Bilder:) 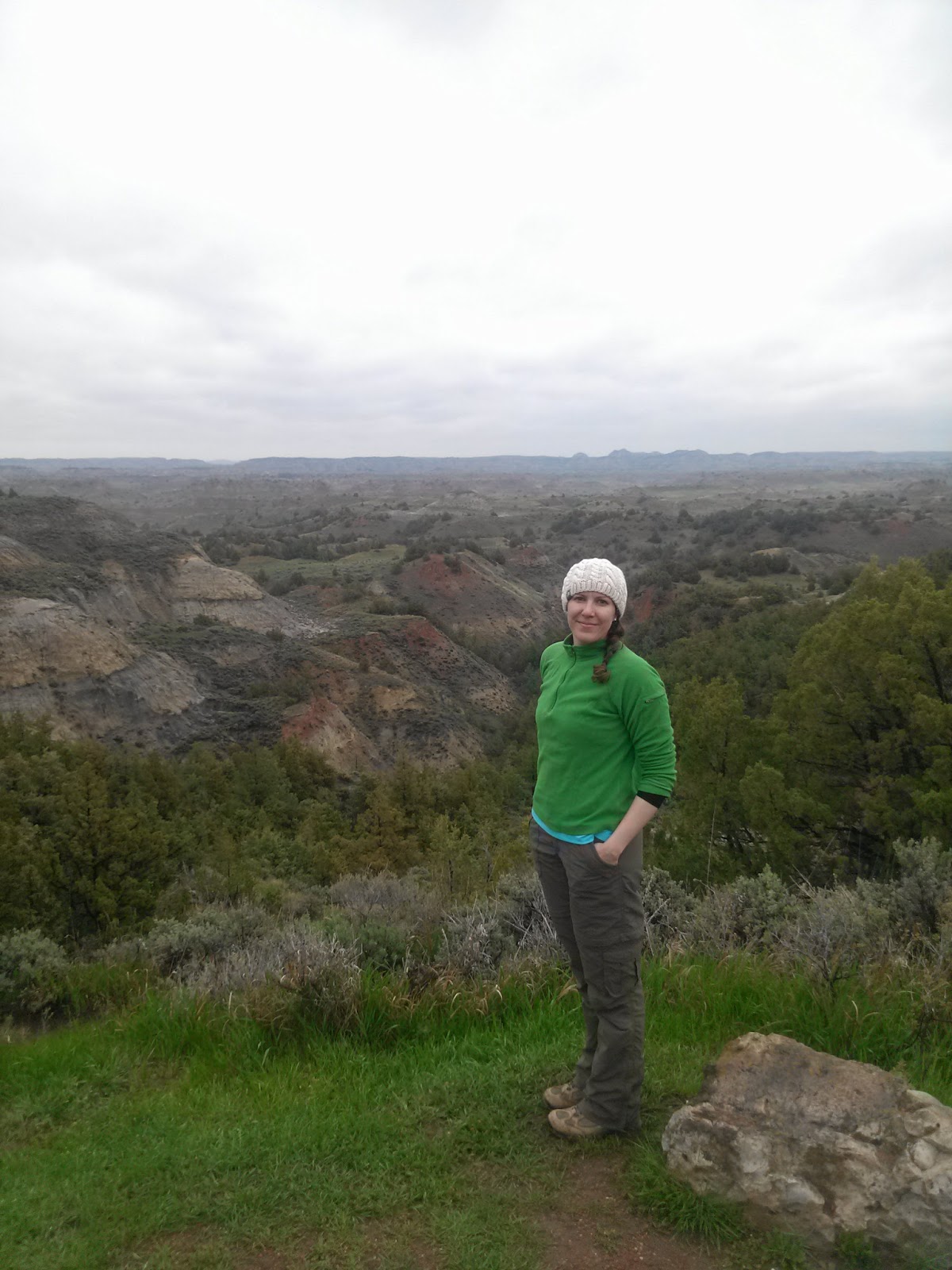 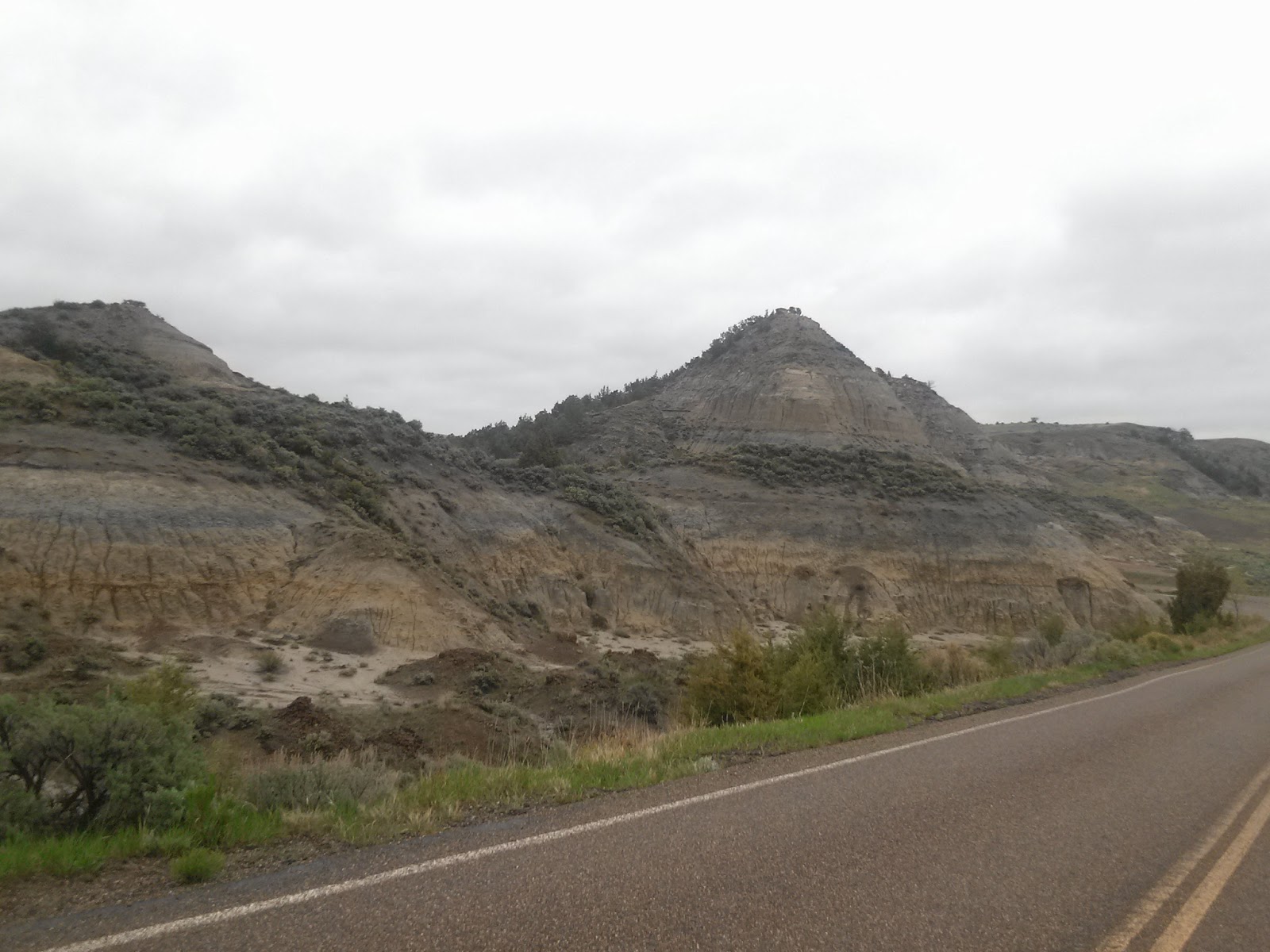 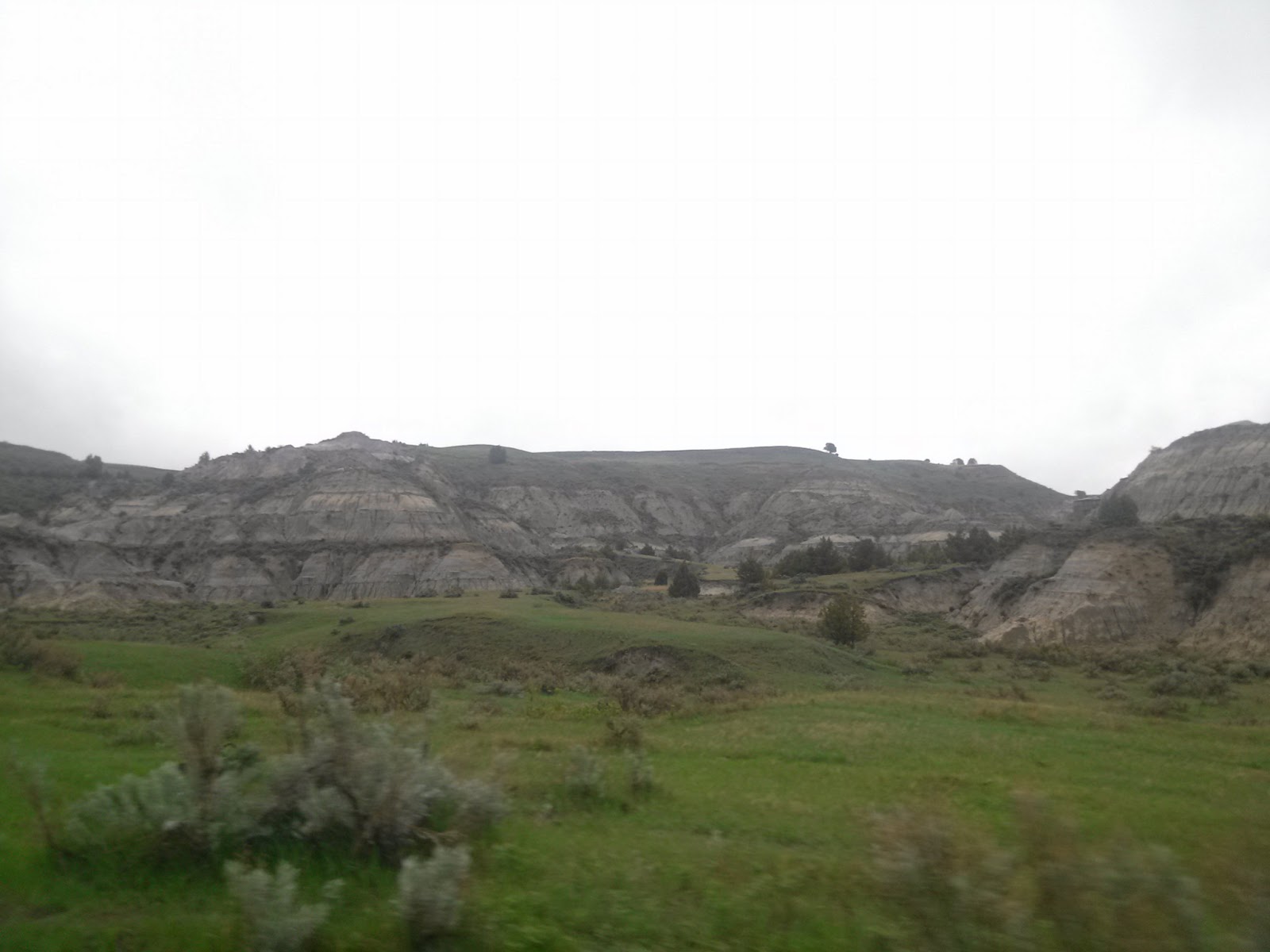 Just down the road from Craters of the Moon was this little gem.  It is a building on the outskirts of the land that is sectioned off for Idaho National Laboratory (which is HUGE.)  EBR-1 was the first nuclear reactor in the world to generate electricity, way back in 1951.  It was decommissioned in 1964…

The Phoenix Gold Mine is located in Idaho Springs, Colorado. There are several gold mines that you can tour in this area, but K looked online and thought this one would be a good choice. There’s a lot written online about the history of the mine, so I won’t go into it other than to…

If you’ve never been to a Renaissance Festival, we highly recommend you go. They are found all over the country and typically take place on weekends over the span of several months each year. In fact, we’ve been told by Renn Fest performers that there is a circuit of sorts that they travel around the…