There were so many places to go climbing in and around the area that we ended up just picking a couple to scout out and then climb later.  Due to their close proximity, we chose Minnehaha and The Rocks of Sharon.  We heard that some of the best climbing in the area was in Post Falls, ID, but that it is also more crowded.  We’ll just have to check it out during another visit.

The Rocks of Sharon are a series of very large rocks and spires that protrude from the top of a hillside in the Palouse area.  The approach isn’t very long, but it is rather steep and made hauling all of our gear up to the top slow going.  A couple of days before we went and actually climbed, my sister went with us to hike to the top and scout it out.
The scouting trip: 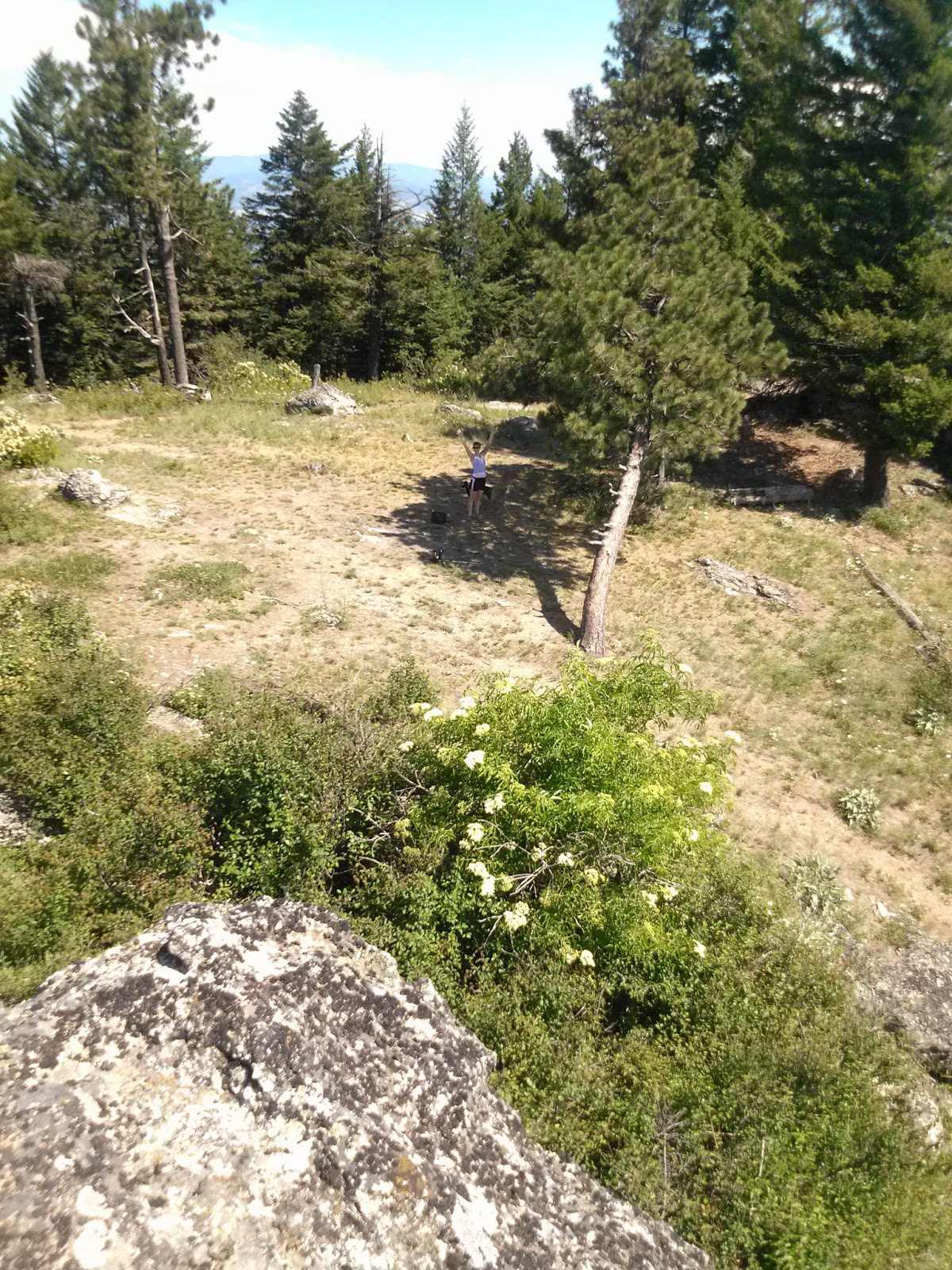 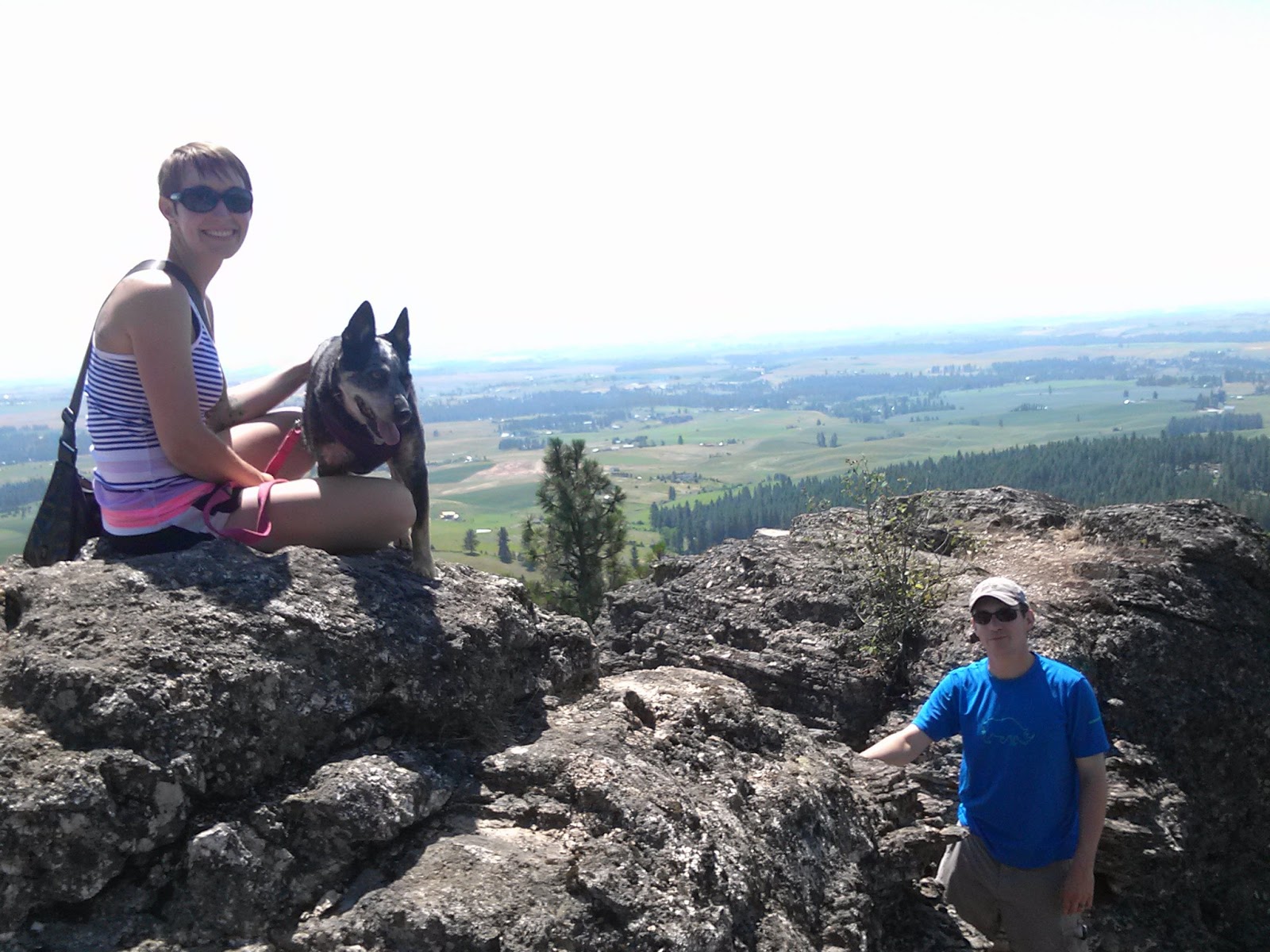 The view of the valley below from on top one of the big rocks: 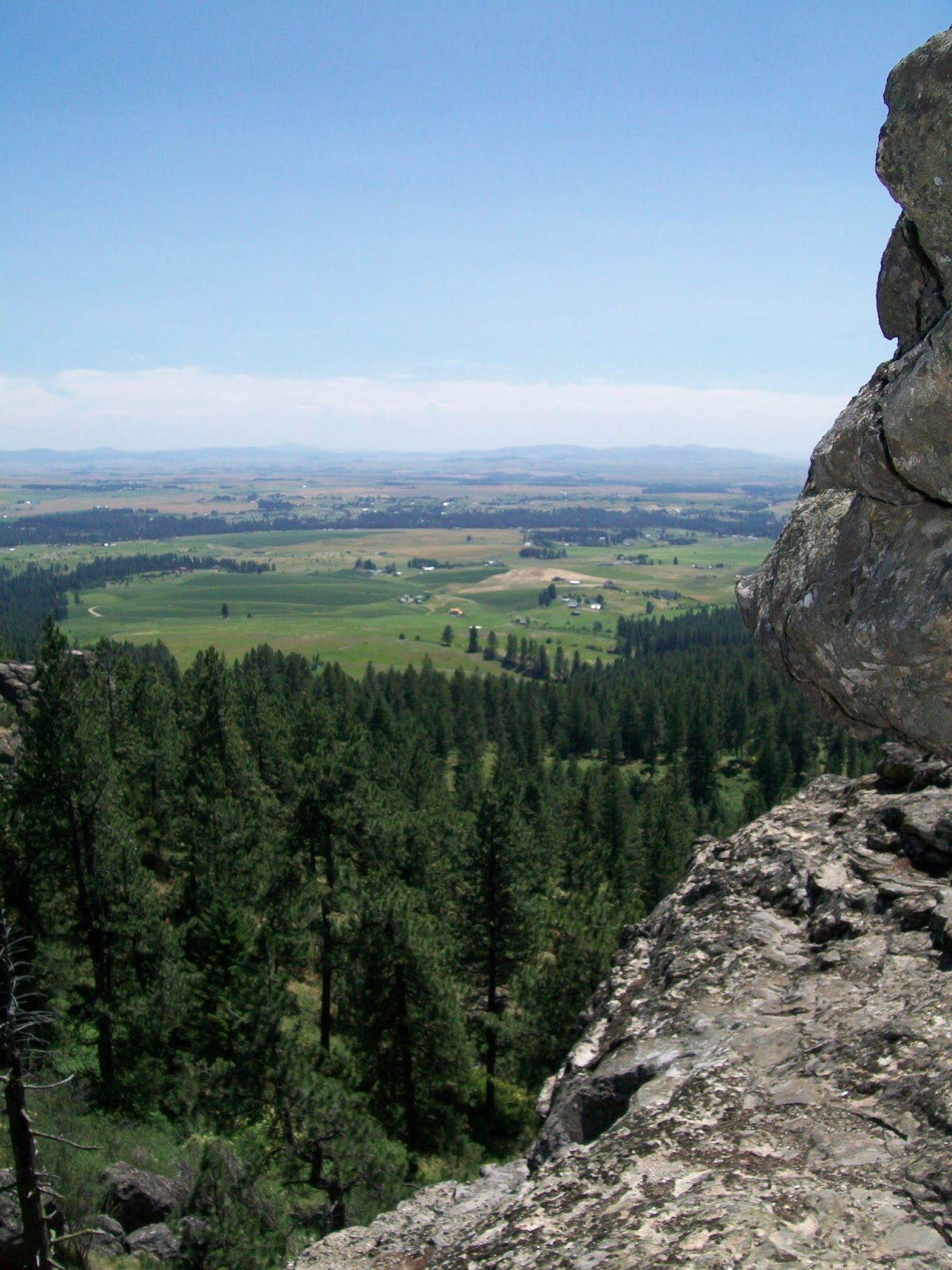 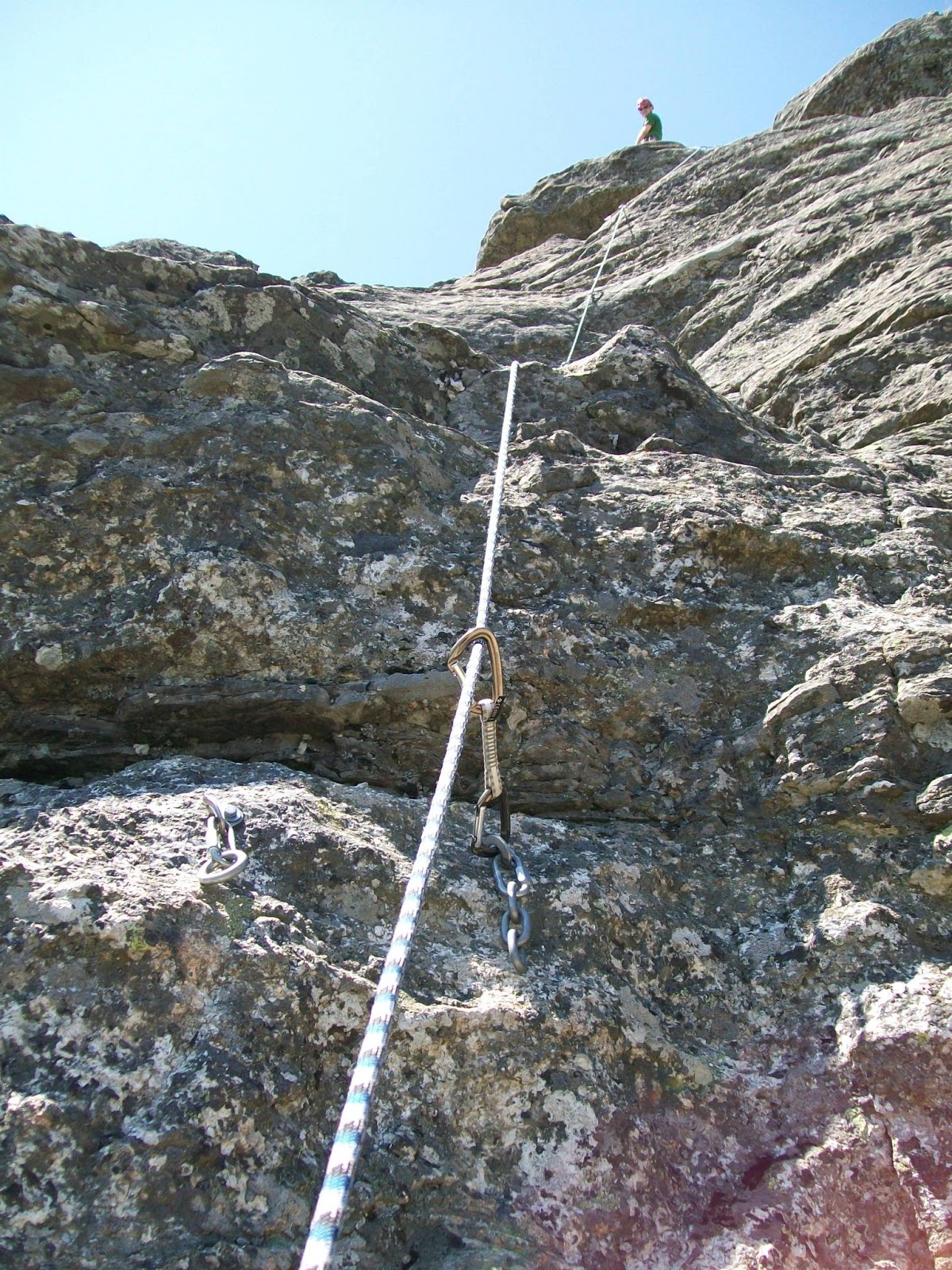 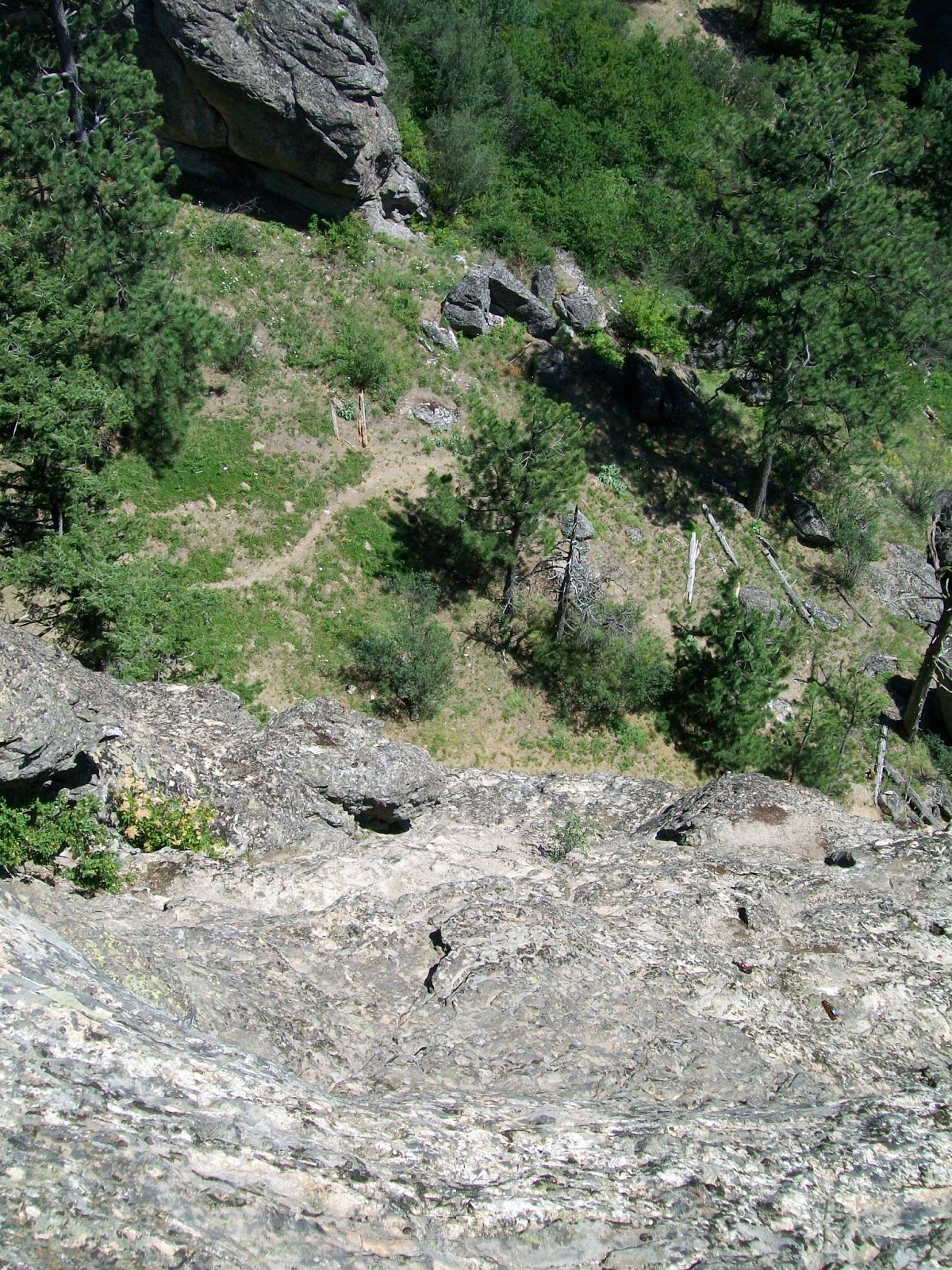 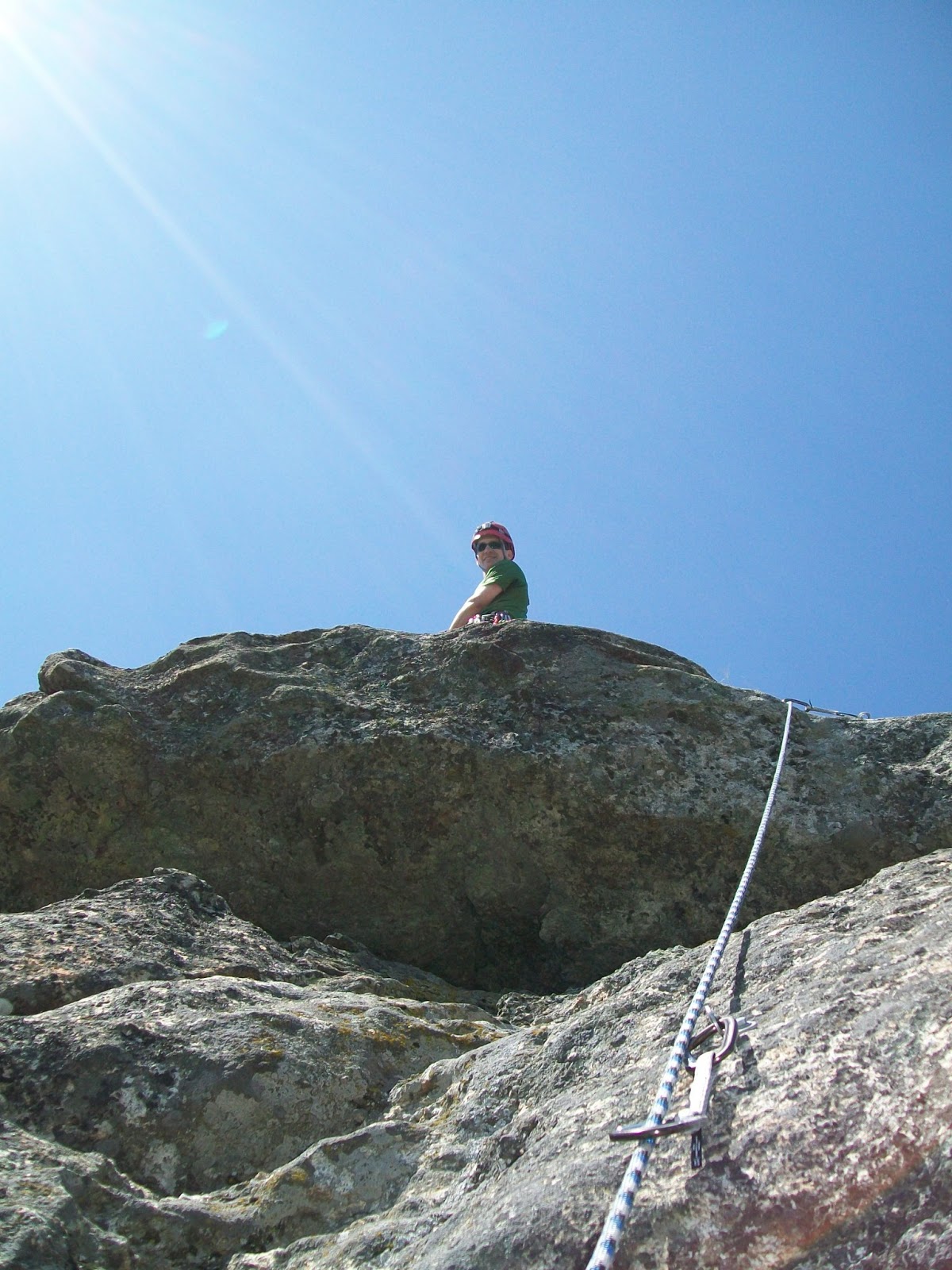 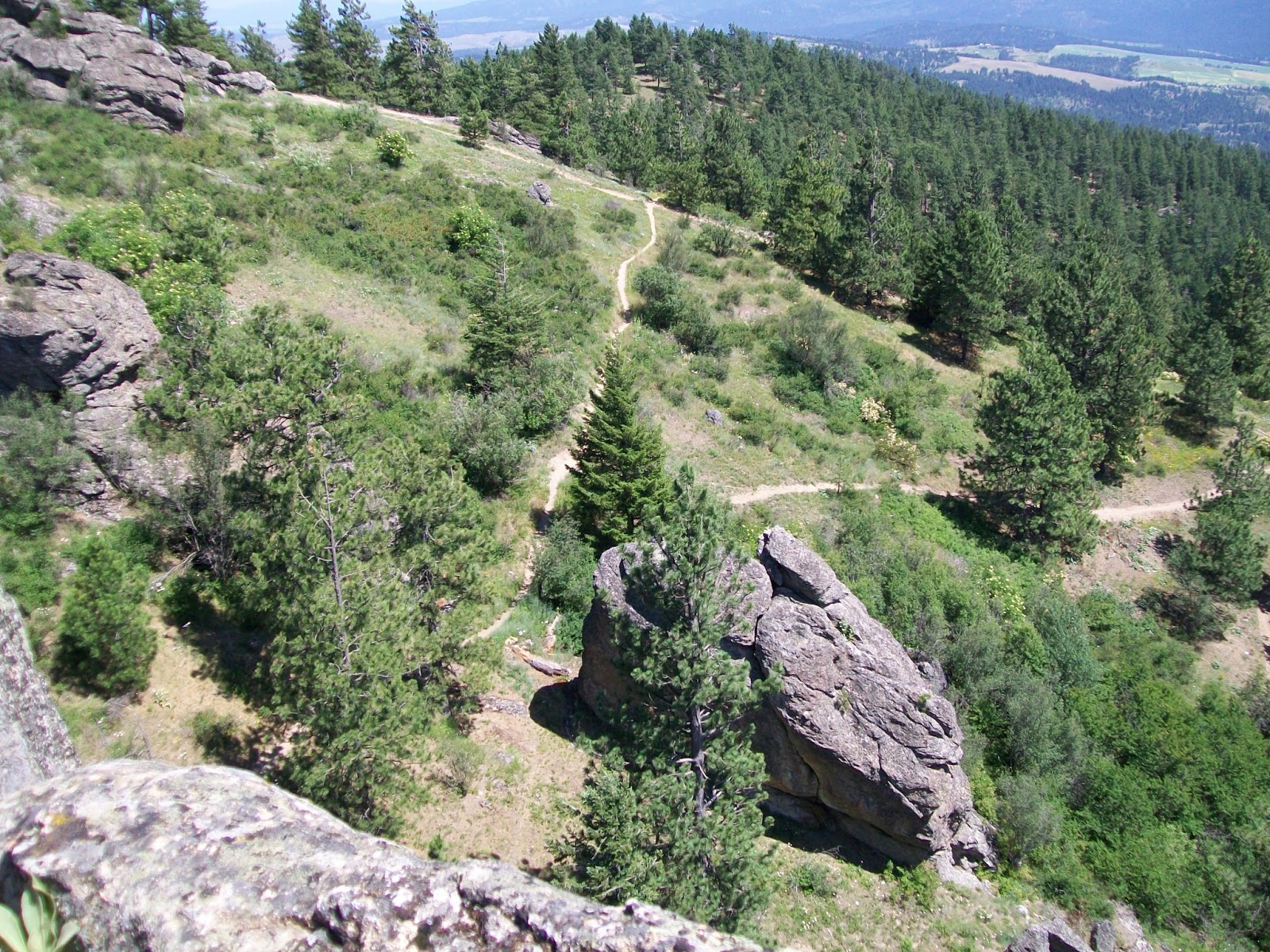 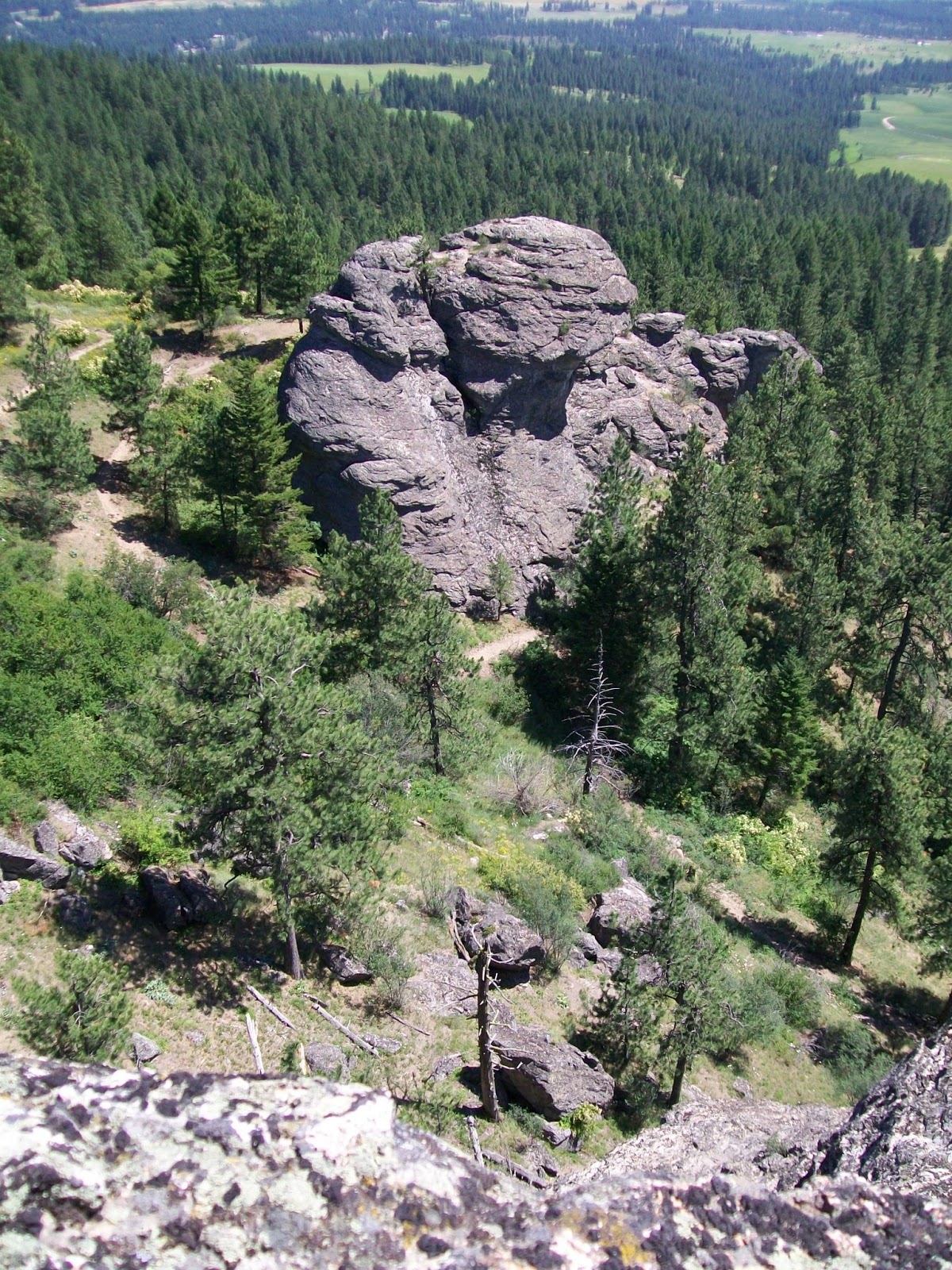 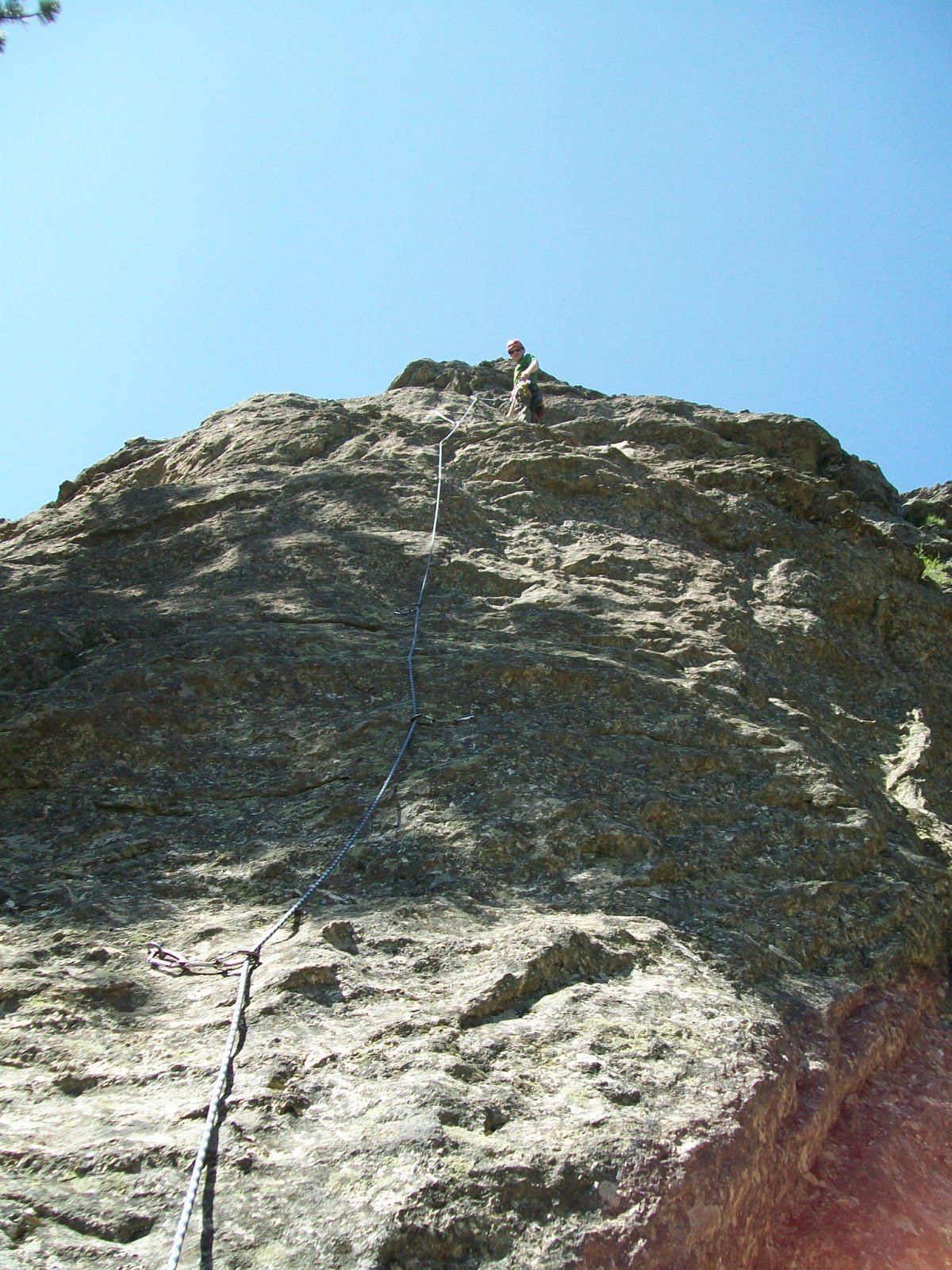 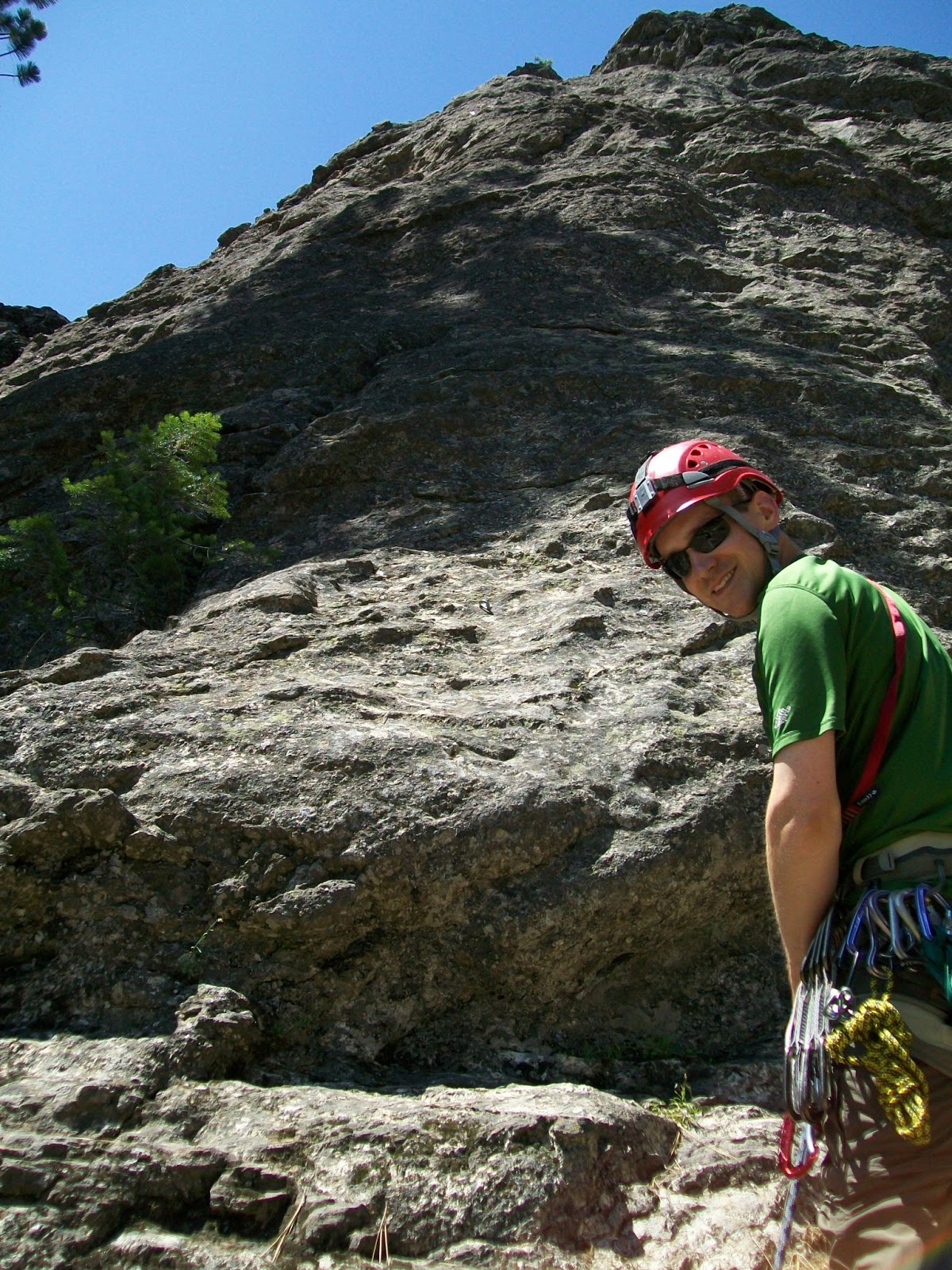 My sister packed our lunches for the day.  It was some sort of awesome salad in a jar.  Yes, I know, I’m very descriptive: 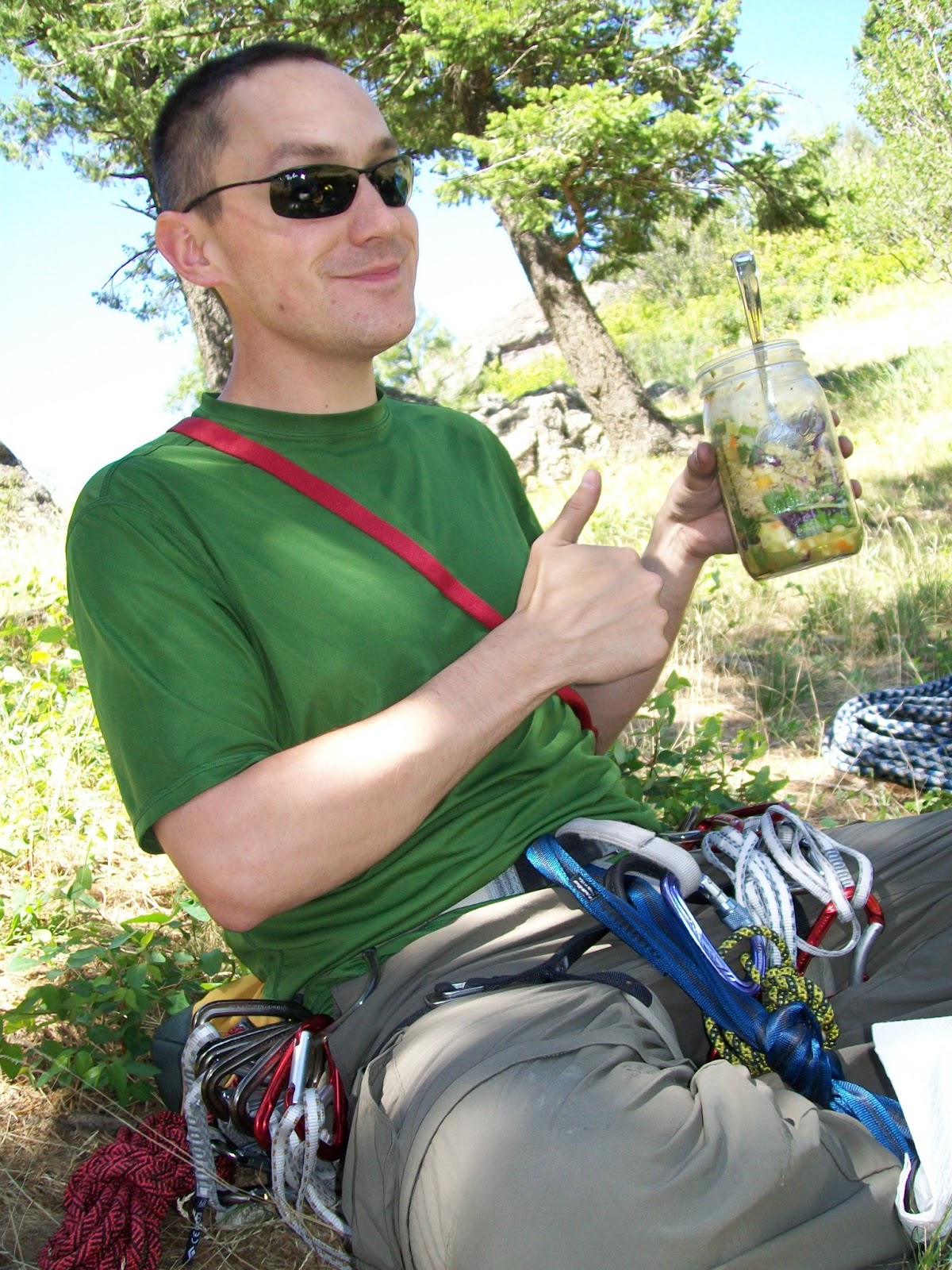 Then, for some reason, it seemed like all of the bees in the area took a liking to us.  Thinking back on it, they may have been attracted to the sunscreen we were wearing, but we’re not really sure.  At one point, C snapped this picture of being swarmed just before she began climbing.  At the top of that pitch we decided to bail and get out of the area quickly because it got so bad: 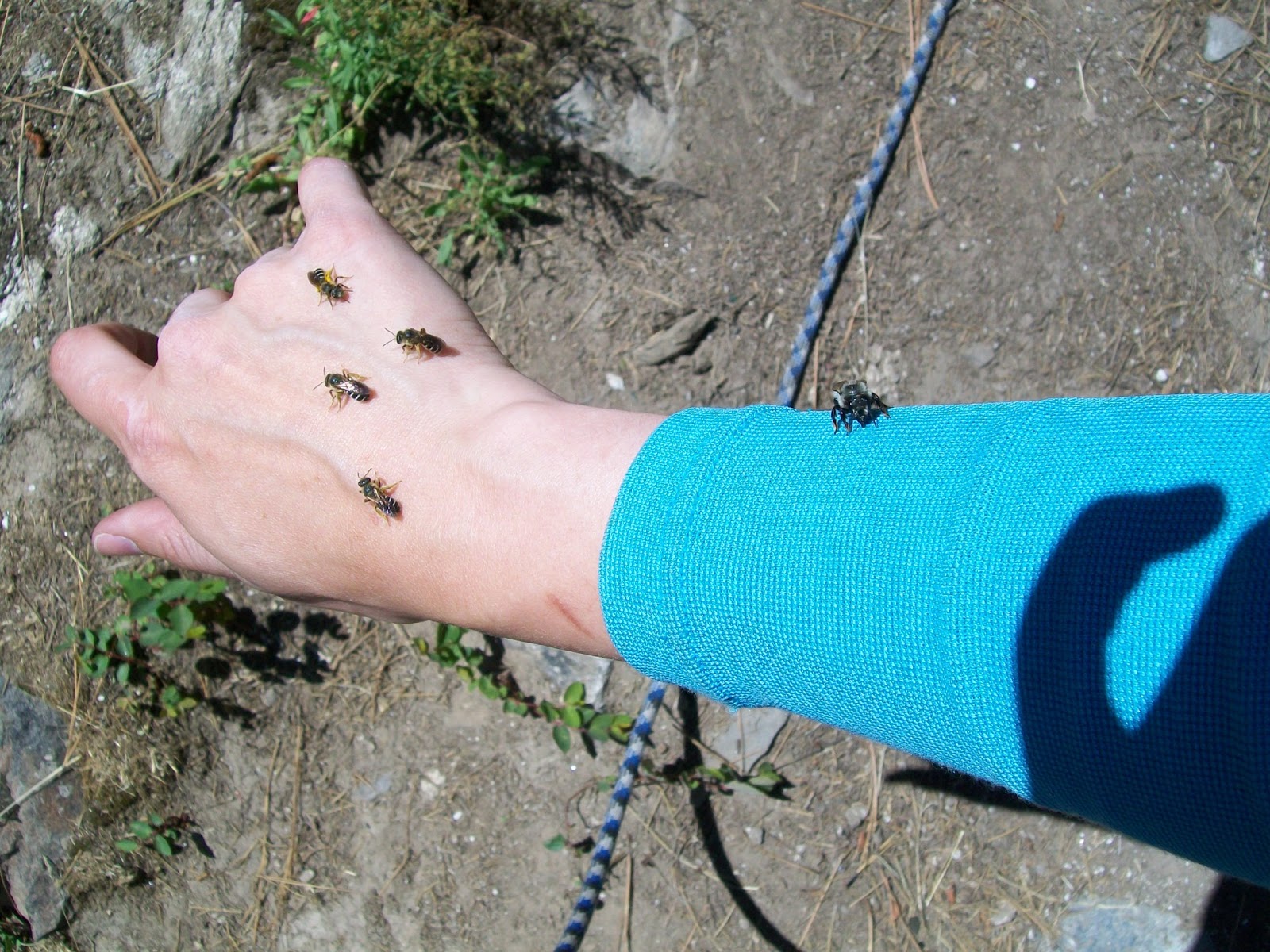 Minnehaha, also called John H. Shields park, is a large cliff right out of the parking lot for the park.  We actually visited it on 3 separate occasions.  The first time was just to take a look at it and do some scouting.  C and I then returned later and climbed several routes.  Our last trip was the day before we left when J and J came along and my sister got her first taste of rock climbing! For her first time out, C and I were very impressed! 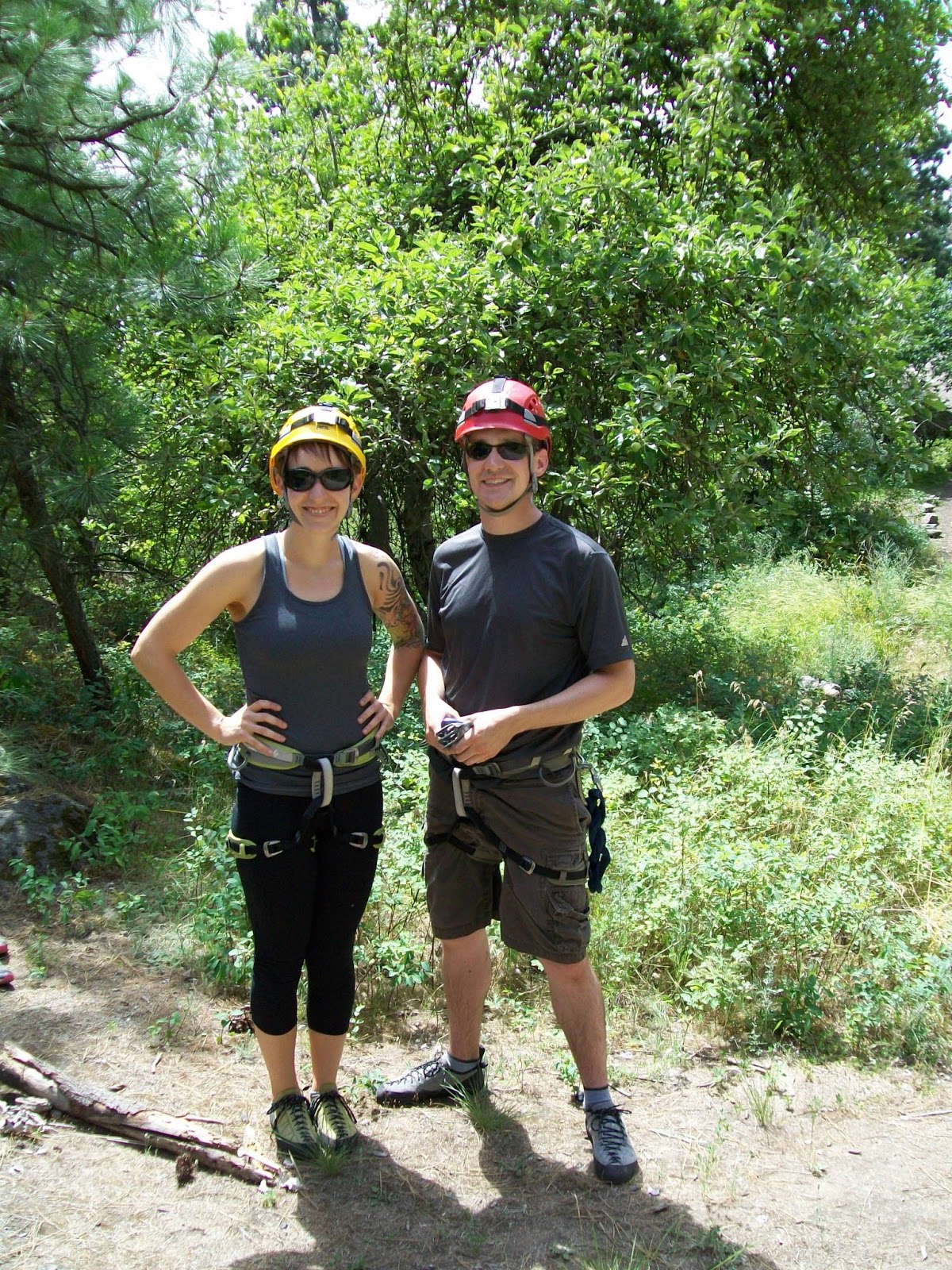 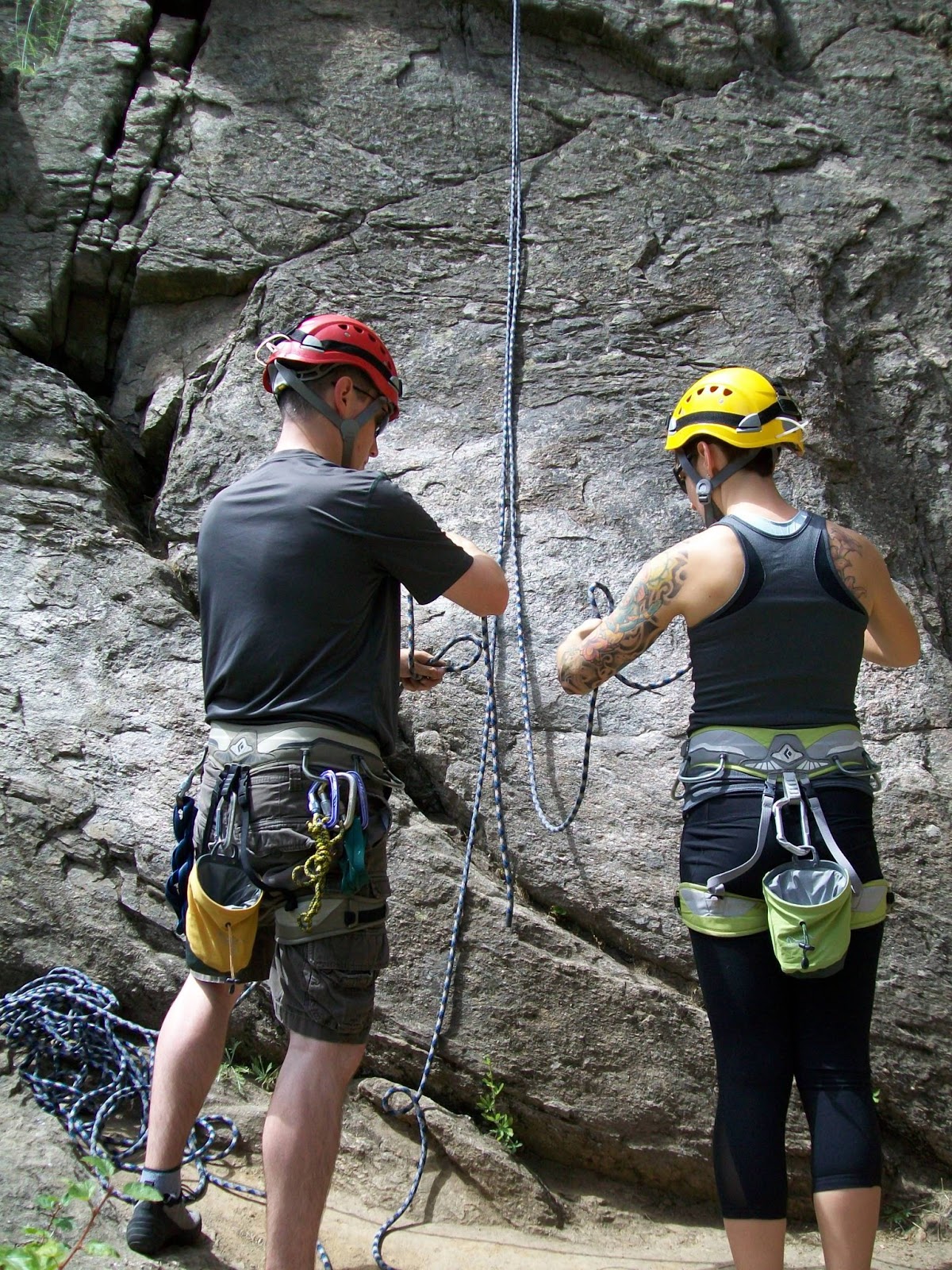 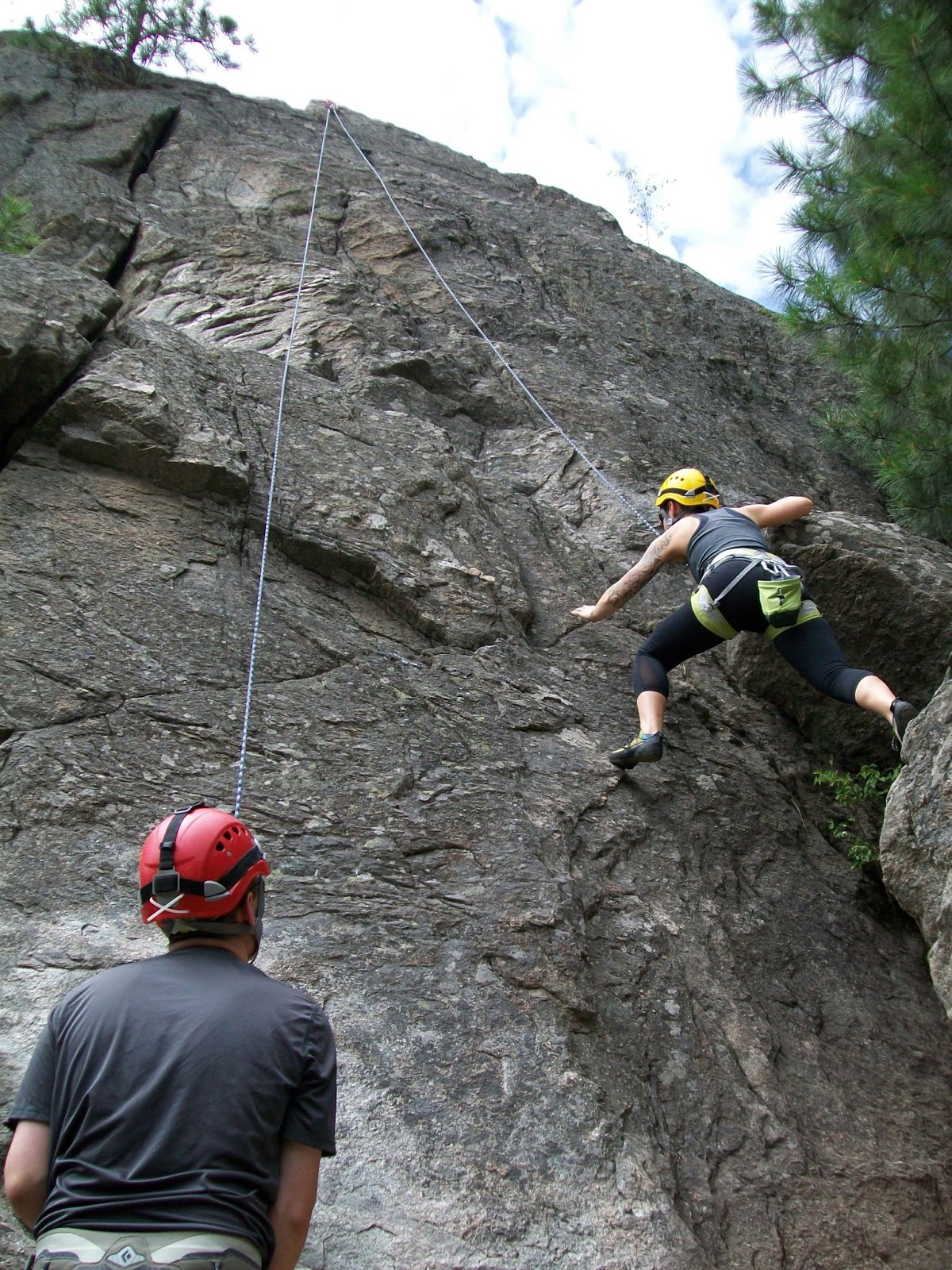 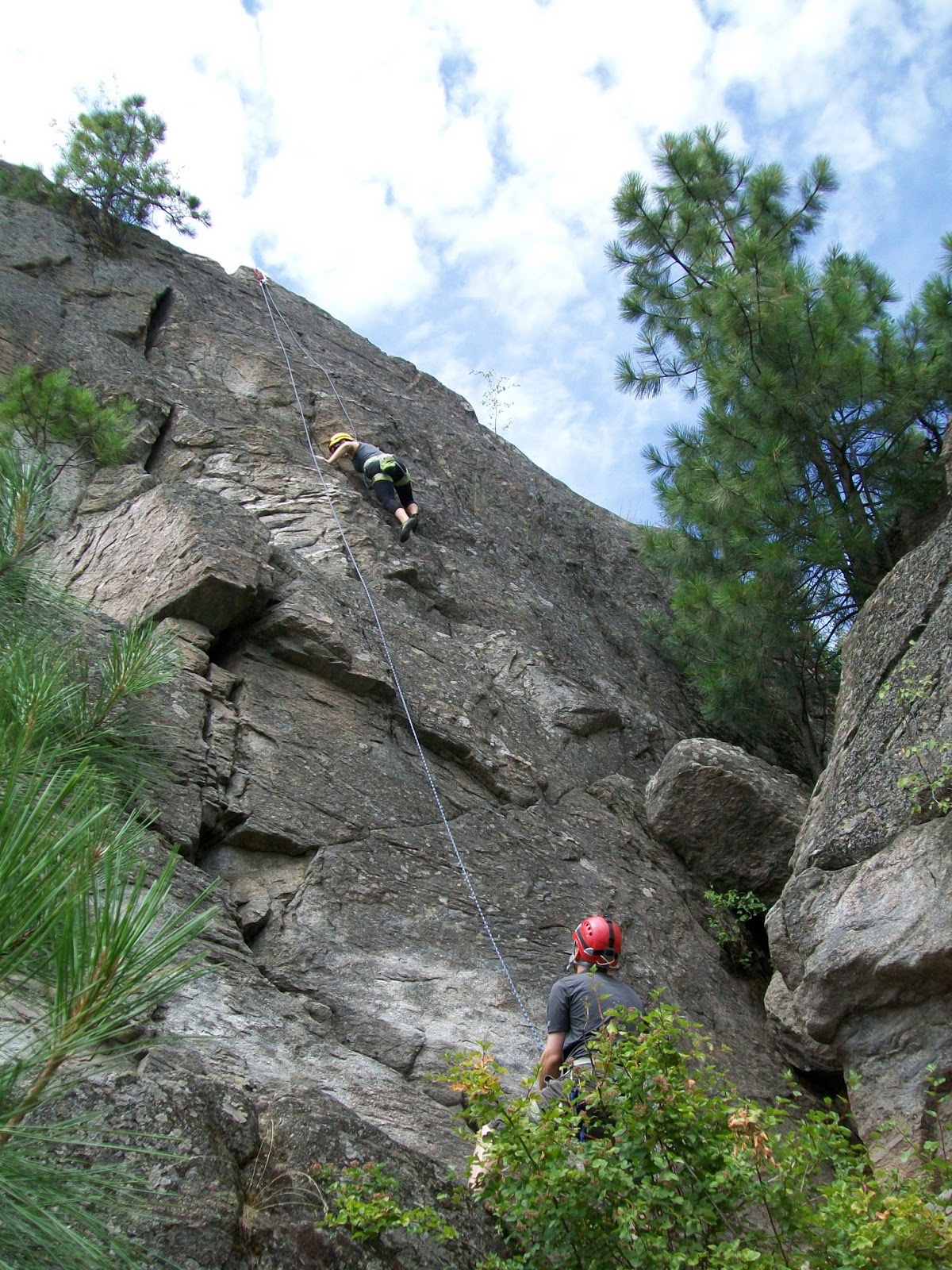 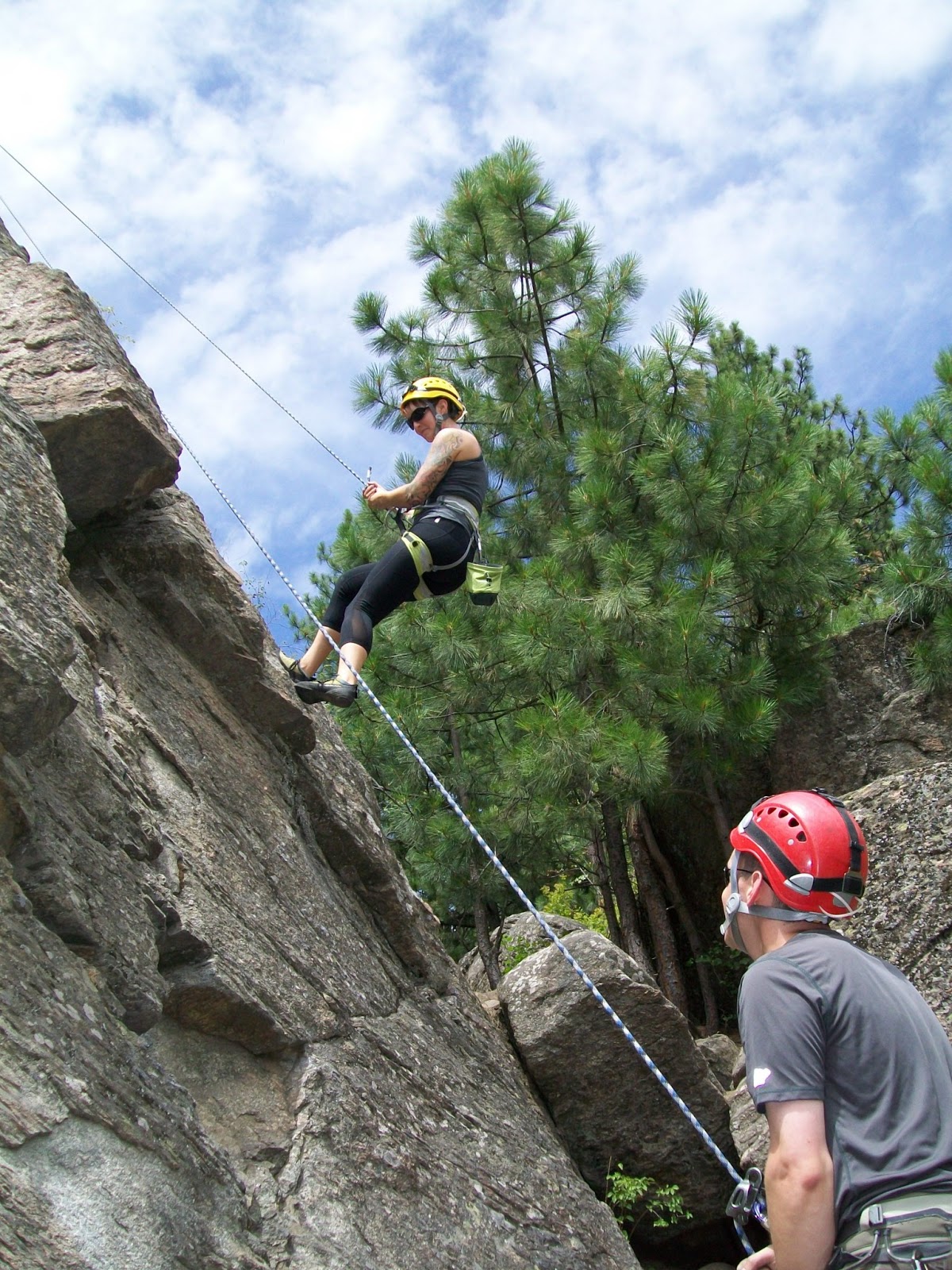 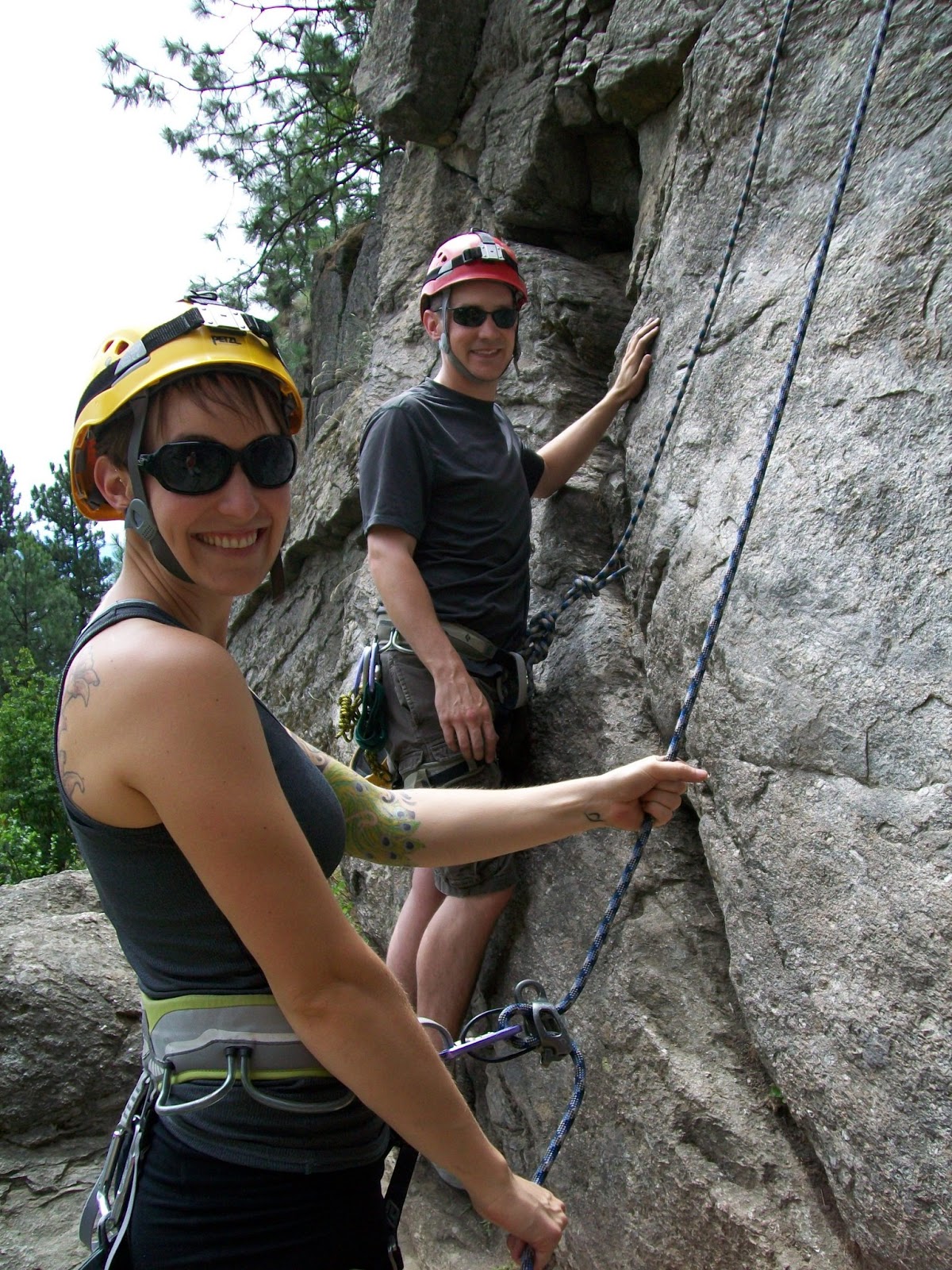 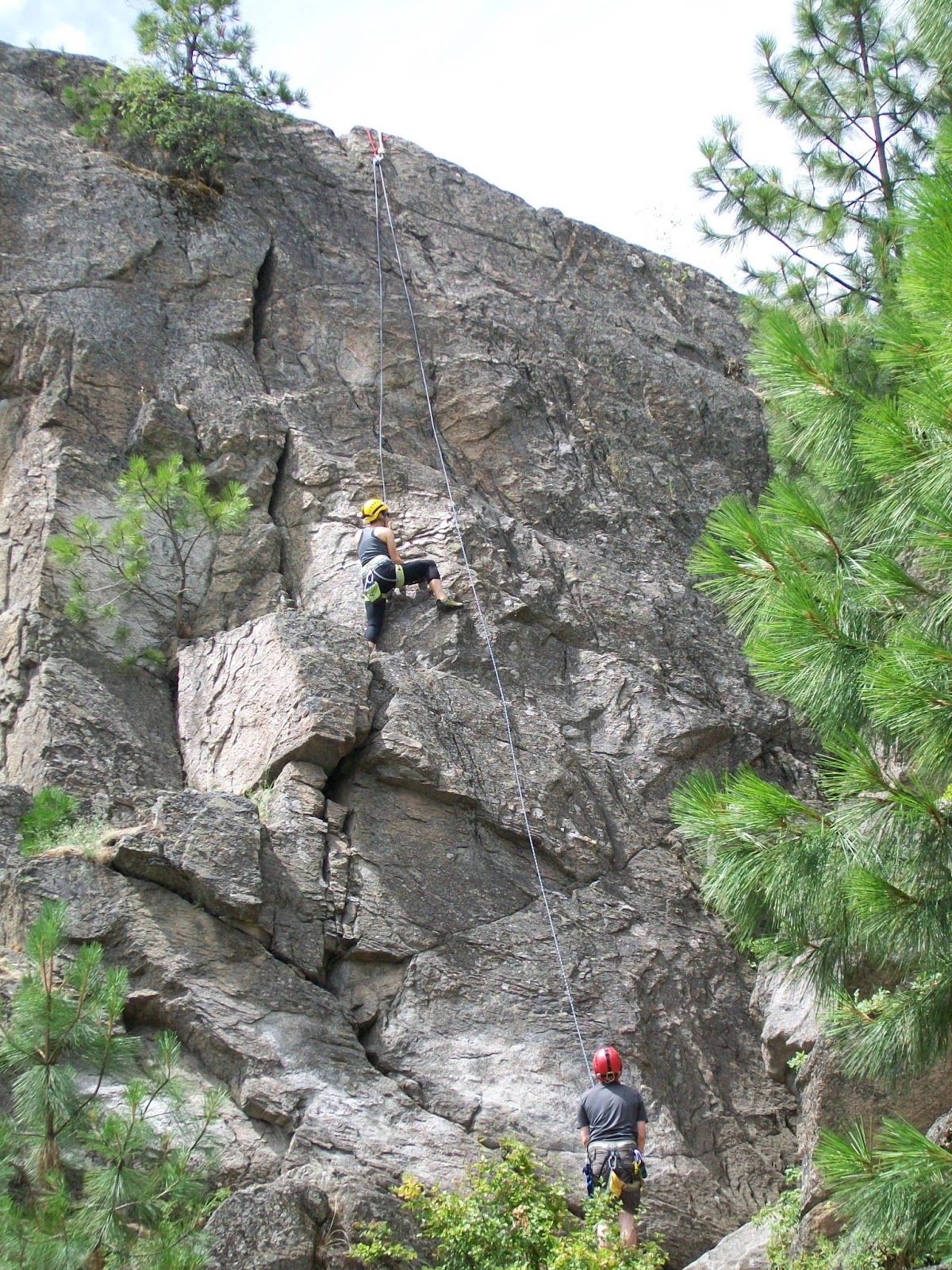 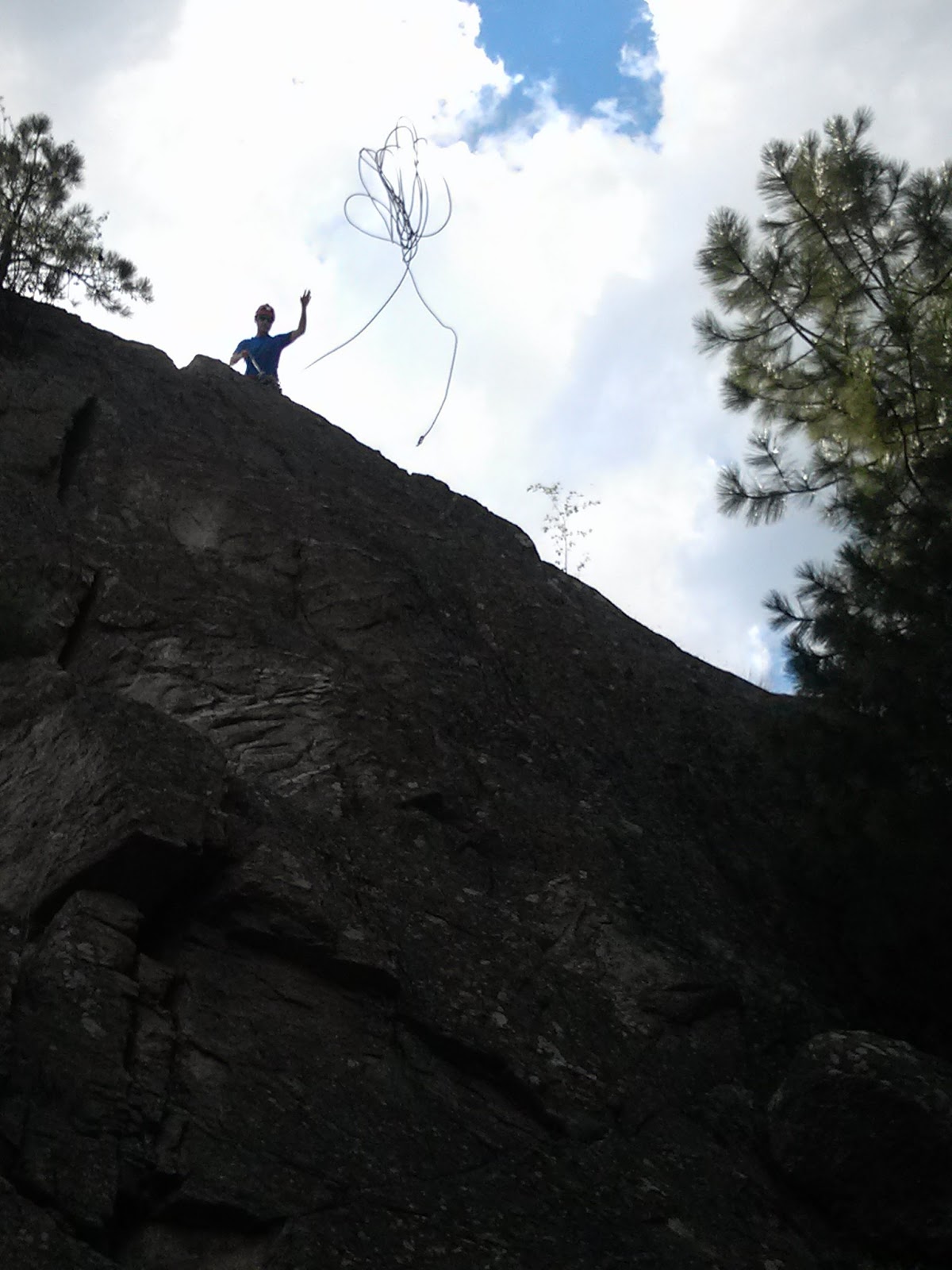 Triceratops Trail is an about 1.5 miles out and back trail in Golden. This seems like the sort of place that would be pretty popular on a warm day. We were glad to have it all to ourselves. First you arrive at the clay pit overlook. From here you are able to walk down into…

Mt. Evans is one of Colorado’s 14ers, a mountain over 14,000 feet tall (14,265 ft). Usually getting to the top of a 14er is reserved for those willing to make the trek on foot to the top. But not necessarily so with Mt. Evans. The Mt. Evans Scenic Byway is the highest paved road in…

Did you know there are numerous German themed towns in the USA and that Frankenmuth Michigan is an incredible one known as Little Bavaria? We’ve been to Germany and even have family there and we’re here to tell you that Frankenmuth is doing it right! We highly recommend a visit here. Watch the video of…