Having made it back to the west coast, we spent the first few days in Portland. This was a city I hadn’t explored yet. The hotel we stayed in downtown, the Mark Spencer, was really nice. It felt almost a bit European and they went the extra mile with free perks such as coffee/tea and cookies in the afternoon, wine and cheese hour, breakfast, morning newspaper, and a coffee machine available all day. Drawbacks were that they made you pay extra for parking, and the internet that was provided was for a single device for 24 hours. Internet restrictions always seem to be the most ridiculous I think. We’ve experienced this at RV parks as well. It really just seems like nickel and dime-ing the customer. But the location was great and we had convenient access to things we wanted to see in the city.

We took a city tour on the Big Pink Trolley, where we could hop on and off throughout the day. We stopped in Pioneer Square. There was a farmer’s market going on so we got freshly made lunch bowls at a stand, bought some raspberries and perhaps the best macaroon I’ve ever had, and then boarded the trolley again. We explored the Rose Garden which was beautiful. It was also really neat to see Washington Park where we’d certainly spend a lot of time if we ever came back to Portland. There were several restaurants we would have liked to have tried, but in the end we wanted to see more of the riverfront, so we went to a seafood place on the river where we could sit on the deck and enjoy the view. This was also to celebrate my 30th birthday. I’ve finally joined the club. 🙂 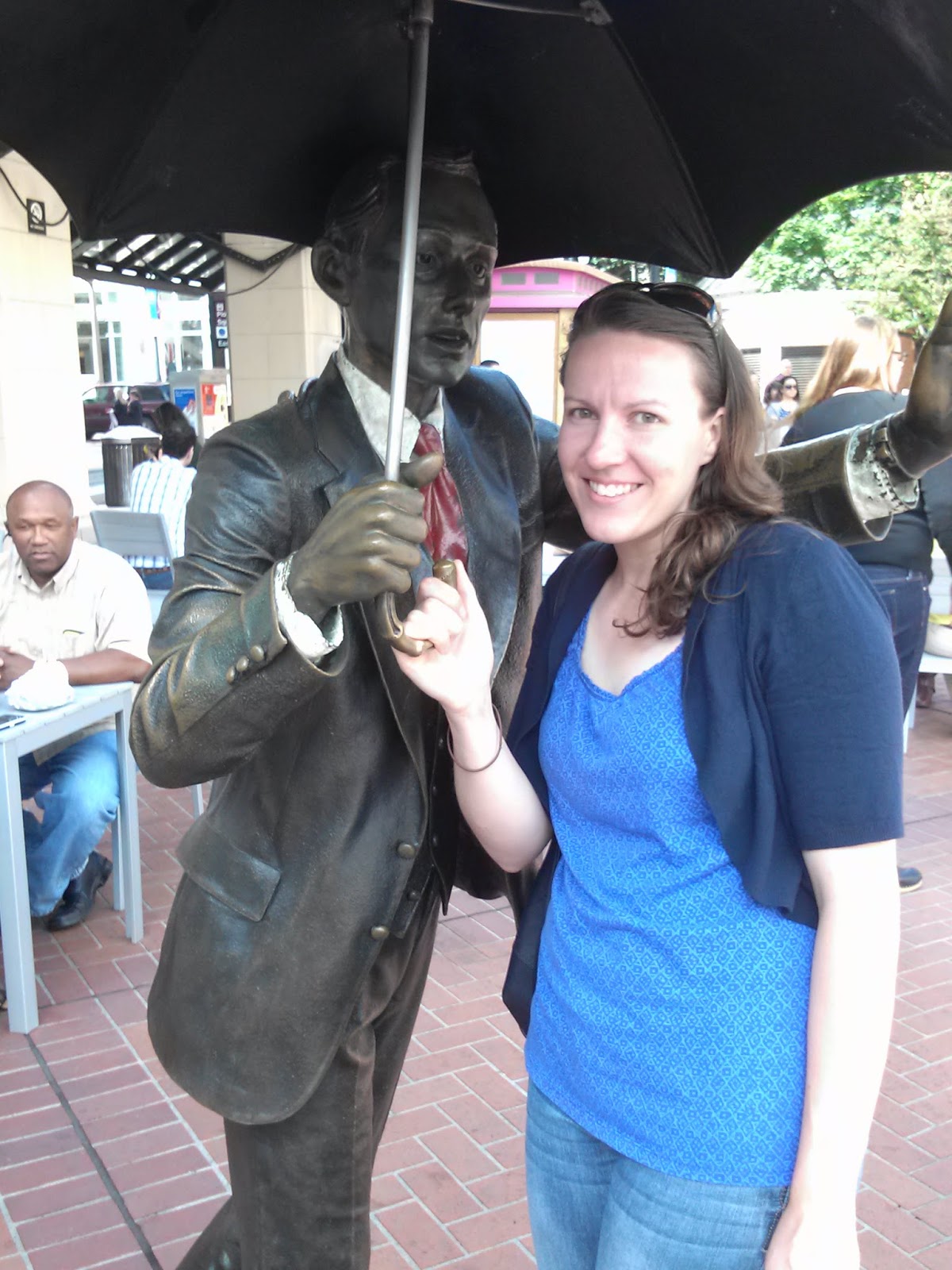 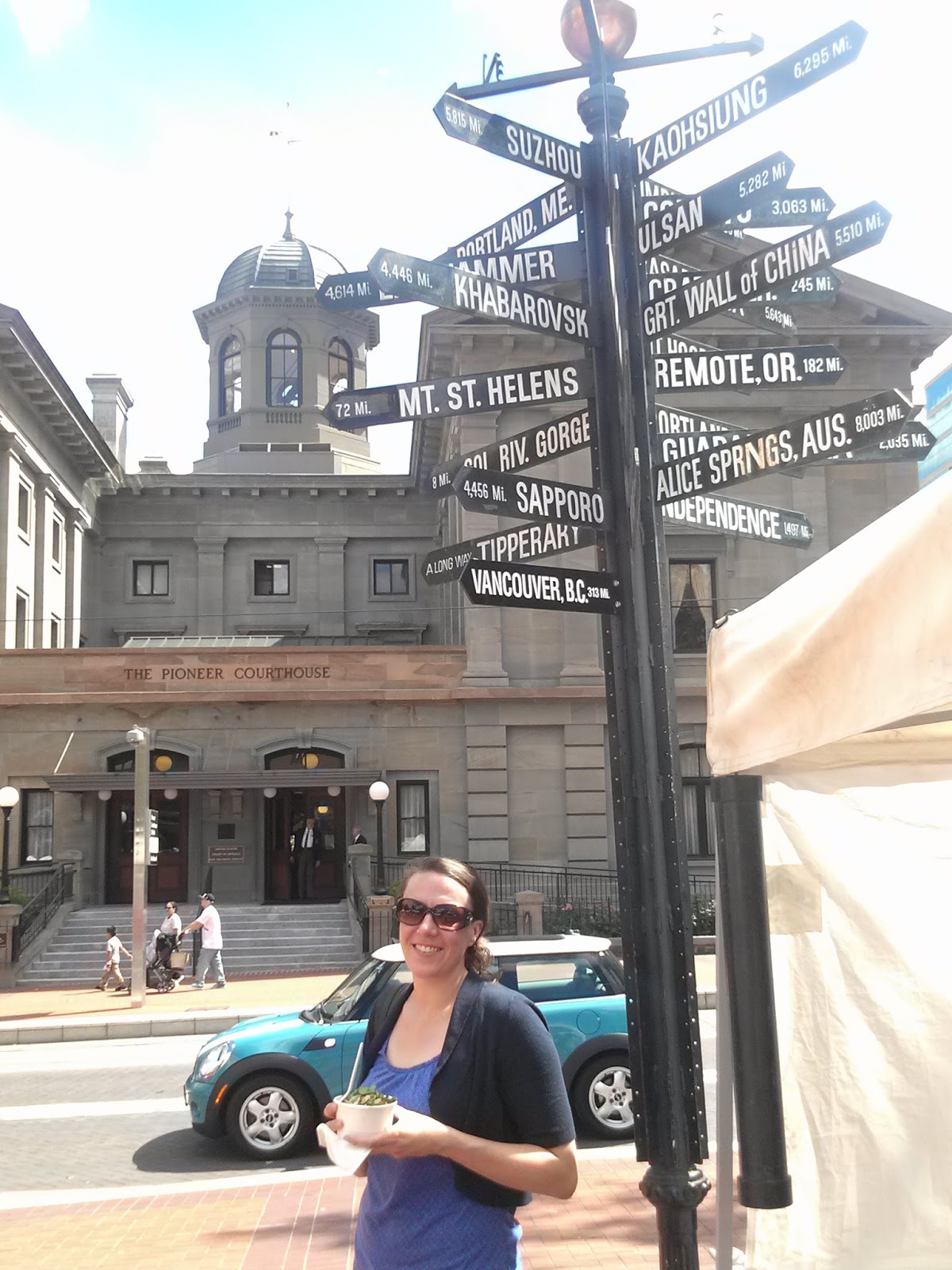 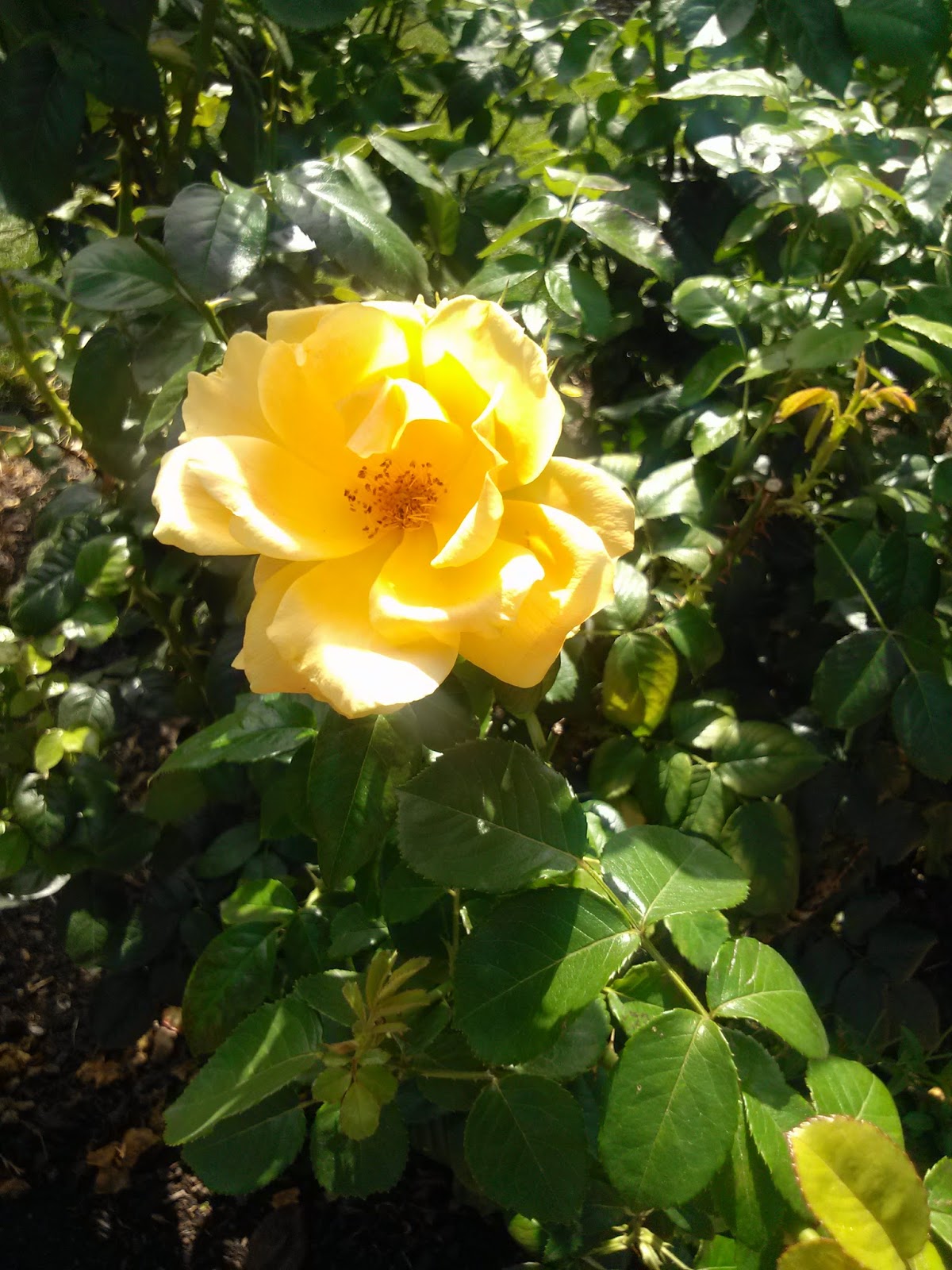 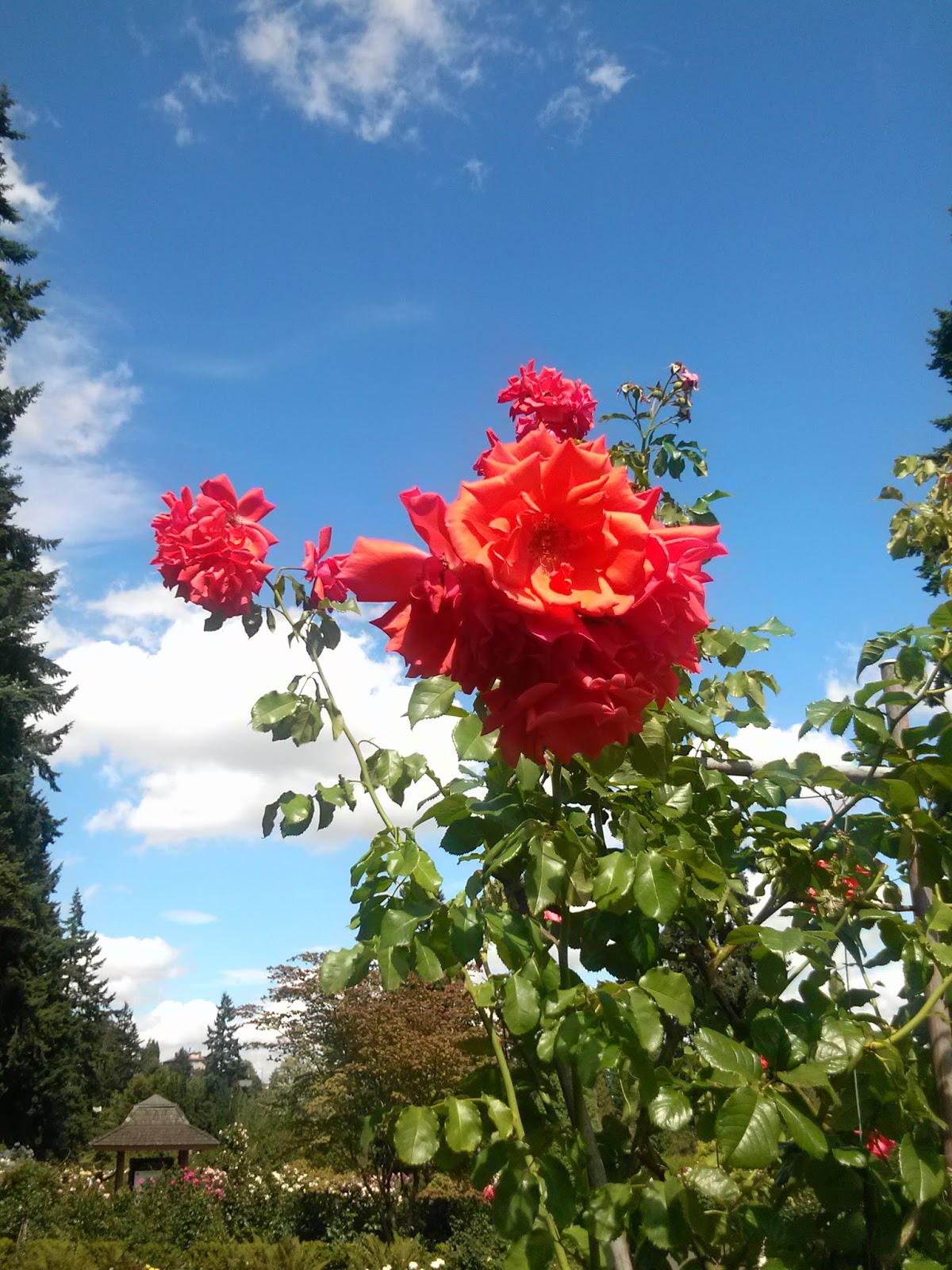 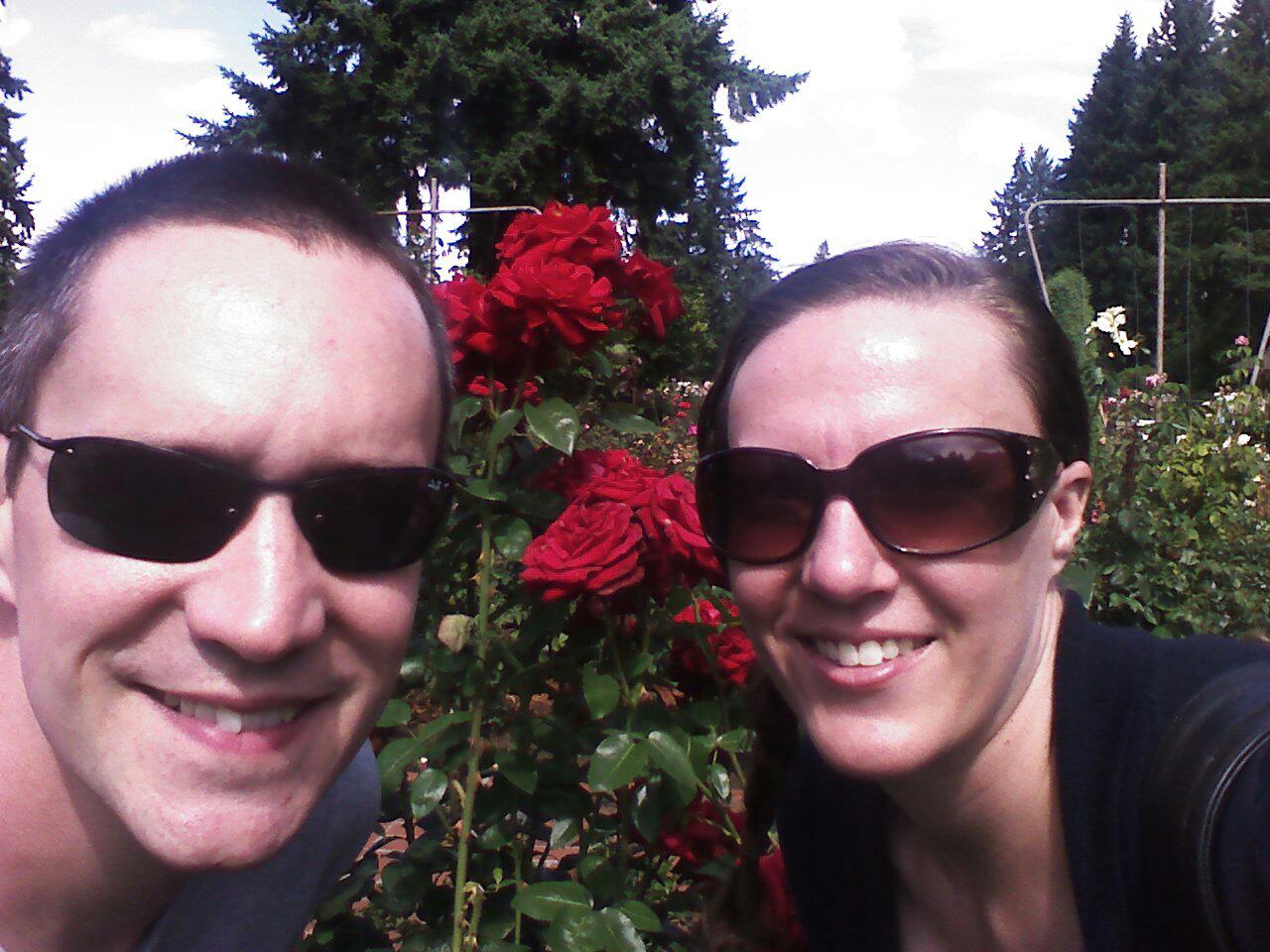 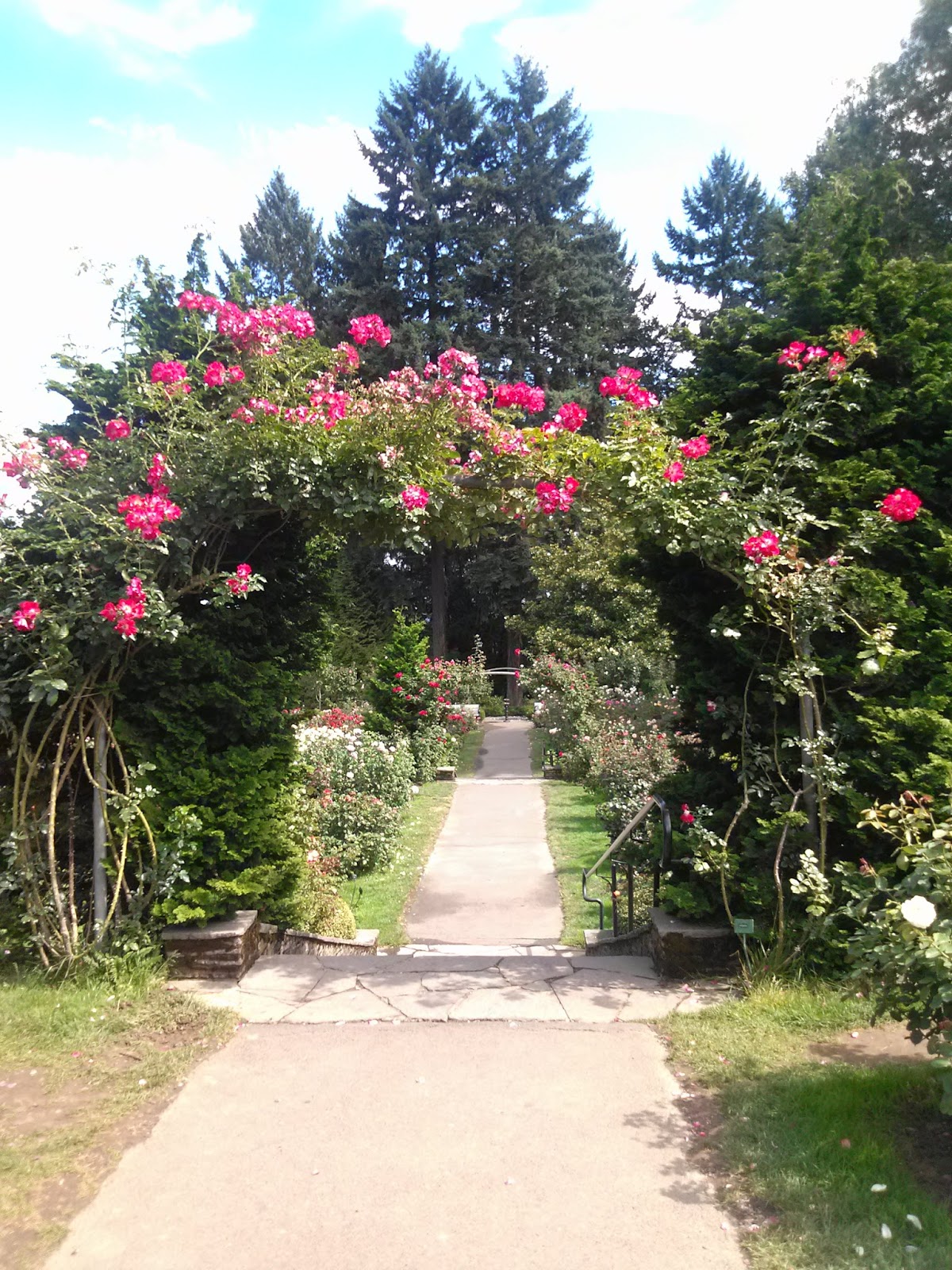 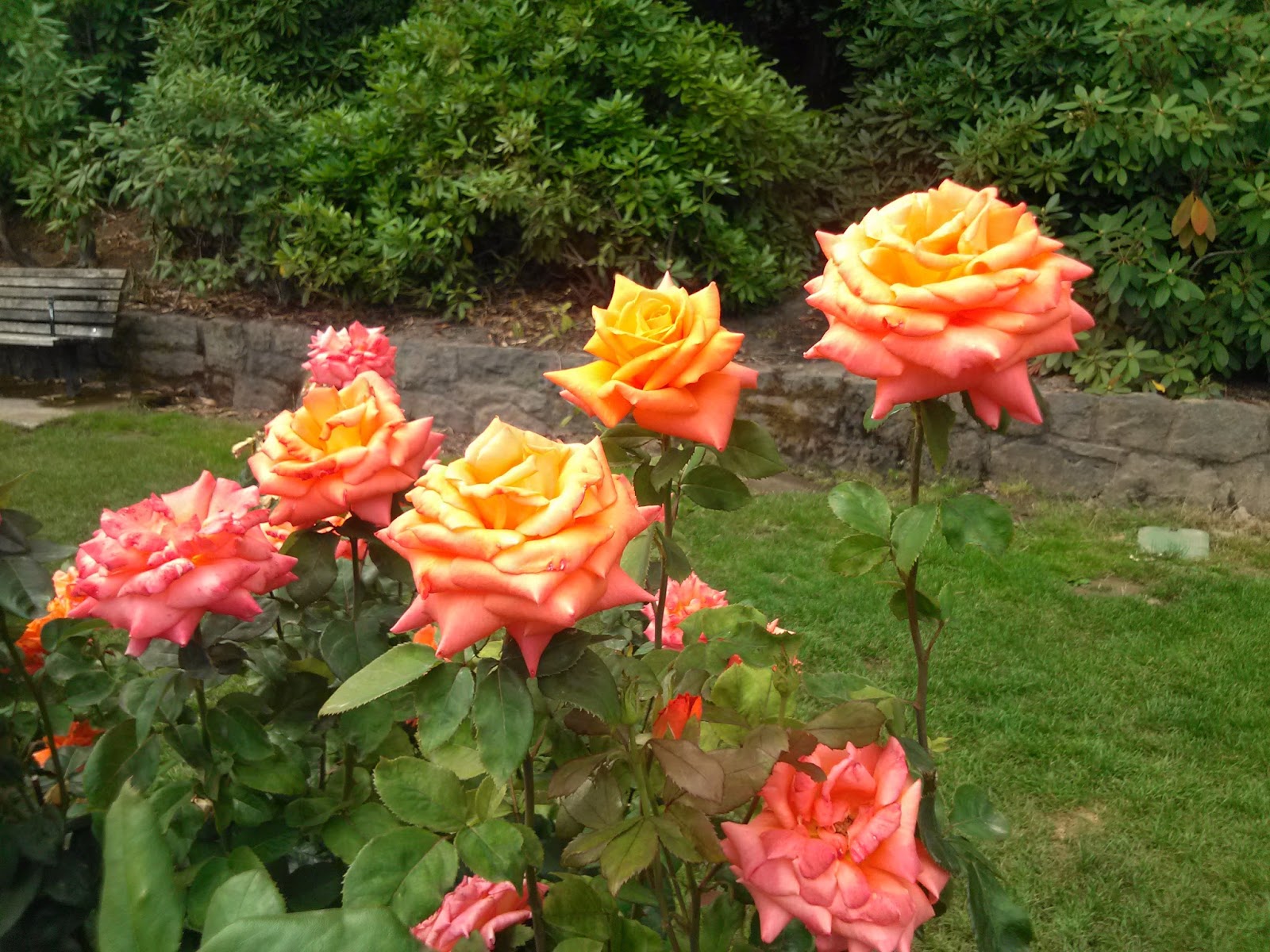 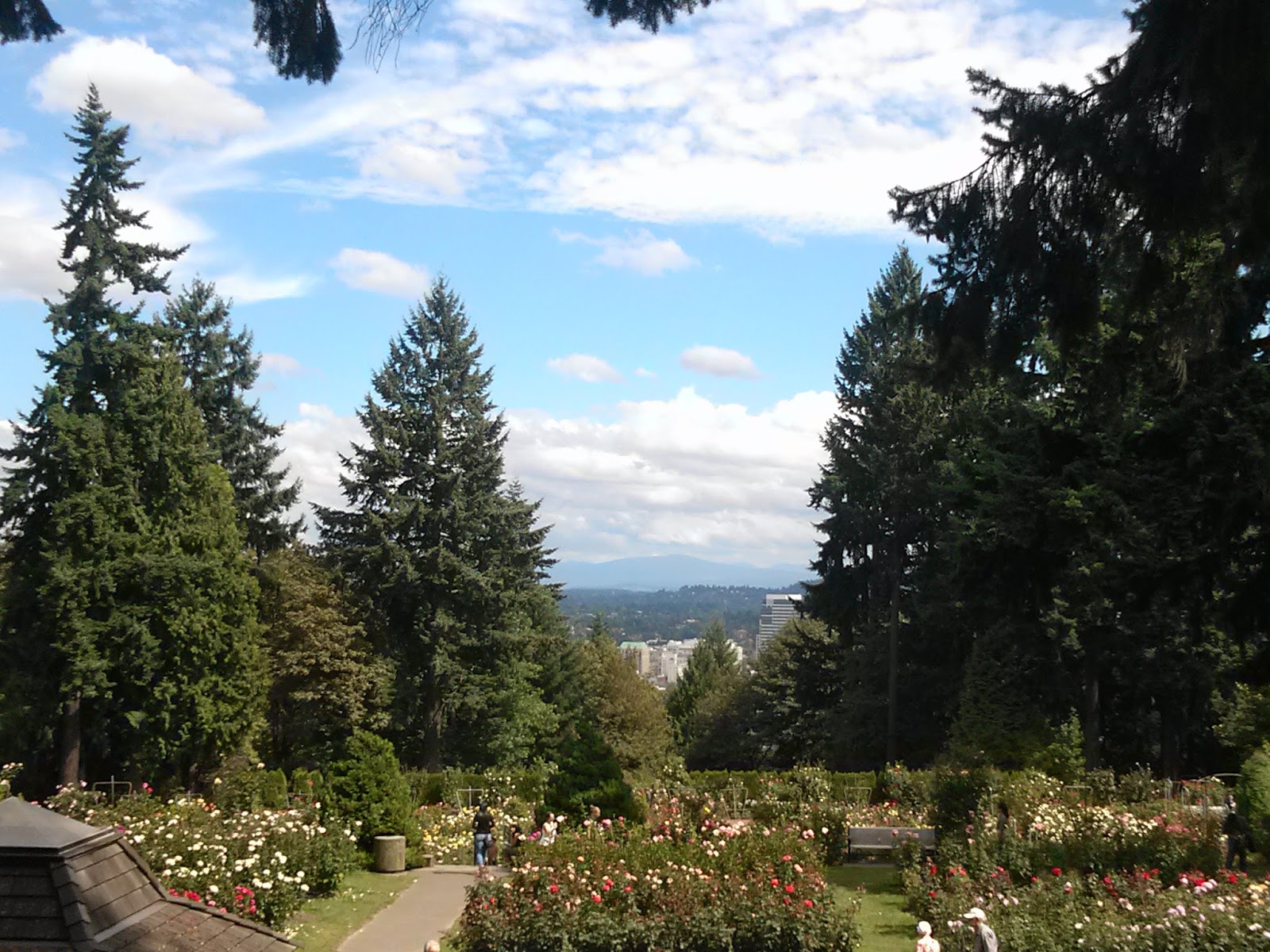 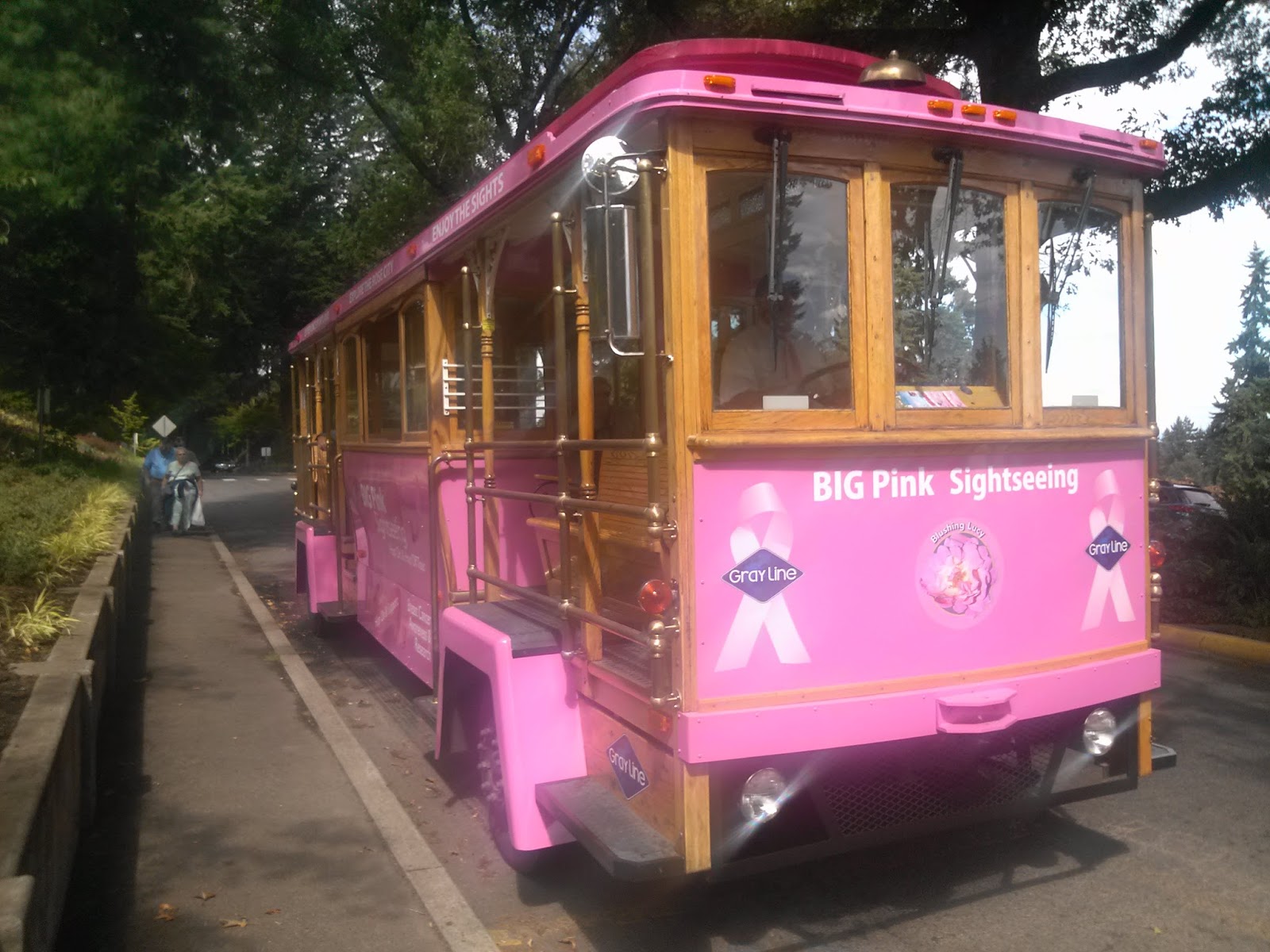 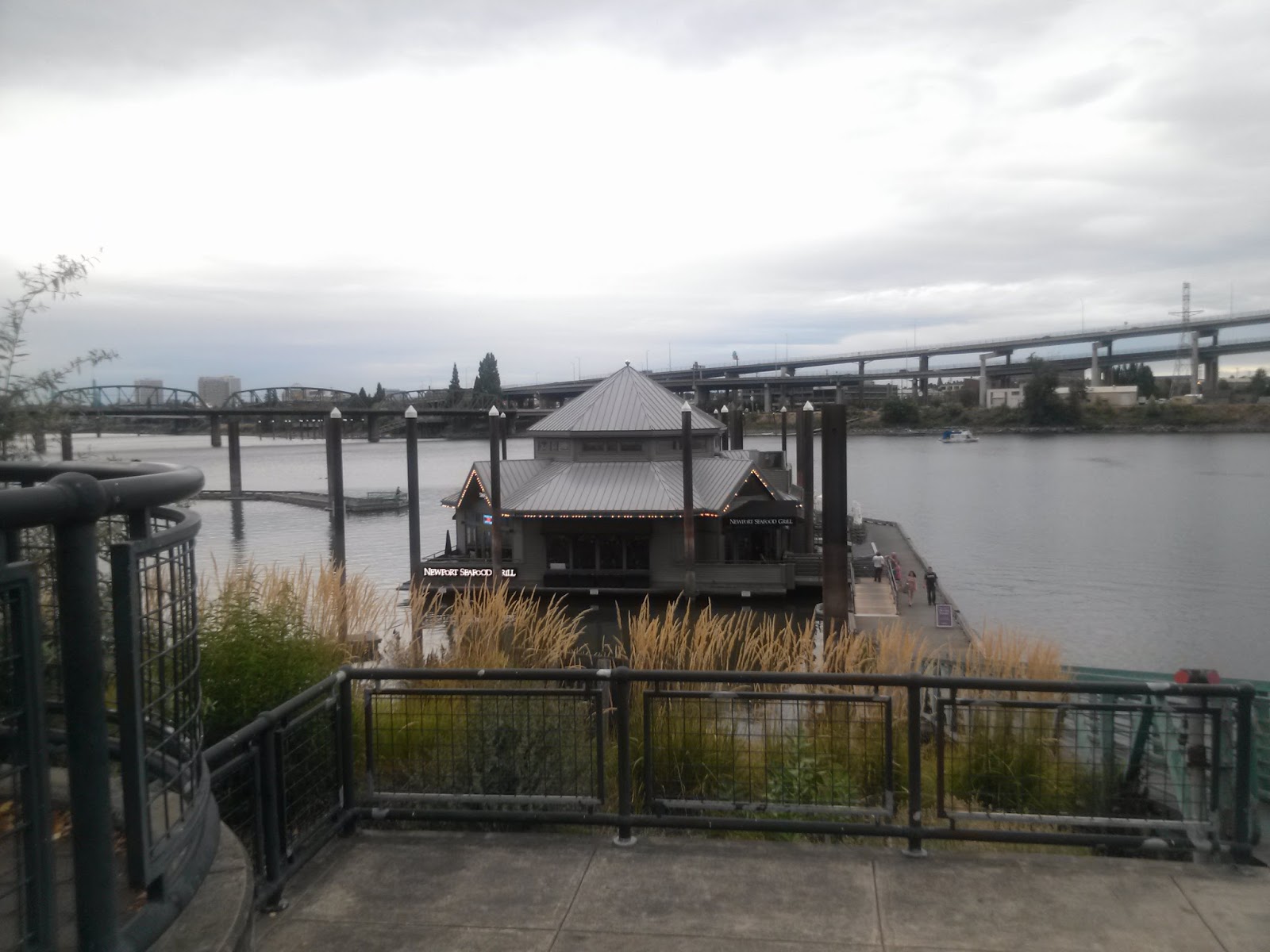 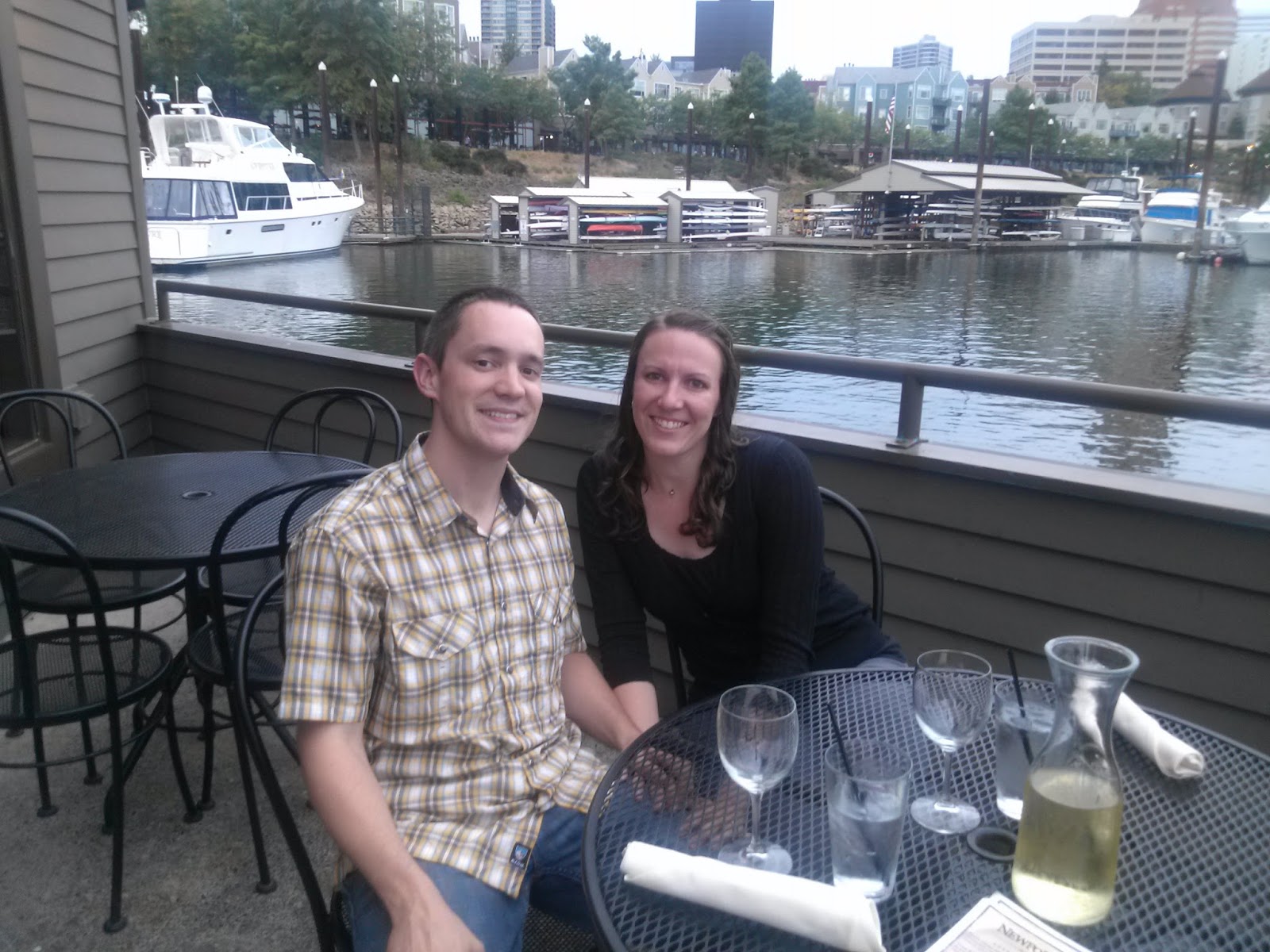 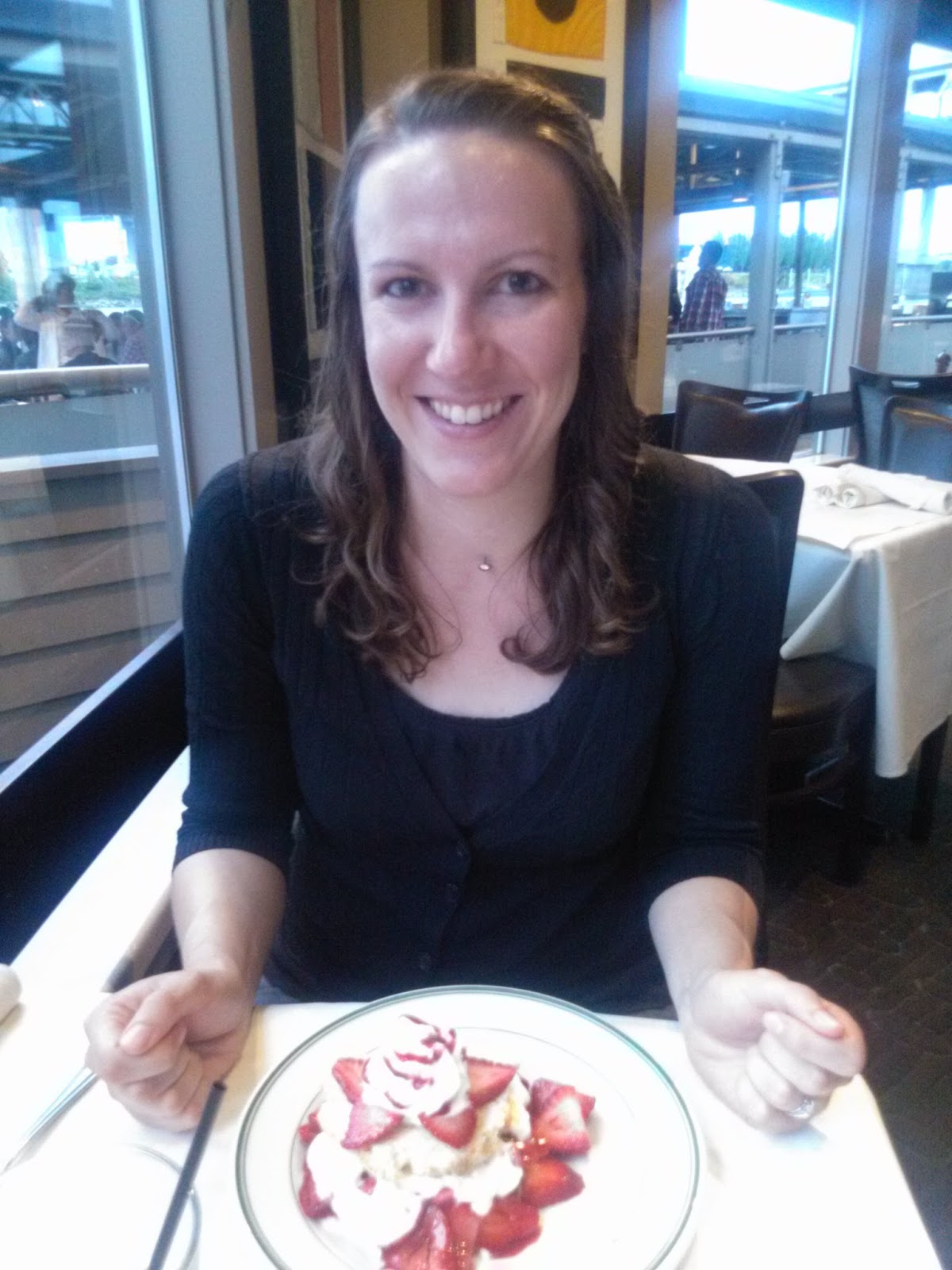 We also checked out Powell’s bookstore which we’d heard a lot of good things about. This is the biggest bookstore we’ve ever been in. It is as big as a city block, with multiple levels and color coded rooms. K’s sister remarked that you can’t leave this place without a stack of books, and we found that to be true! 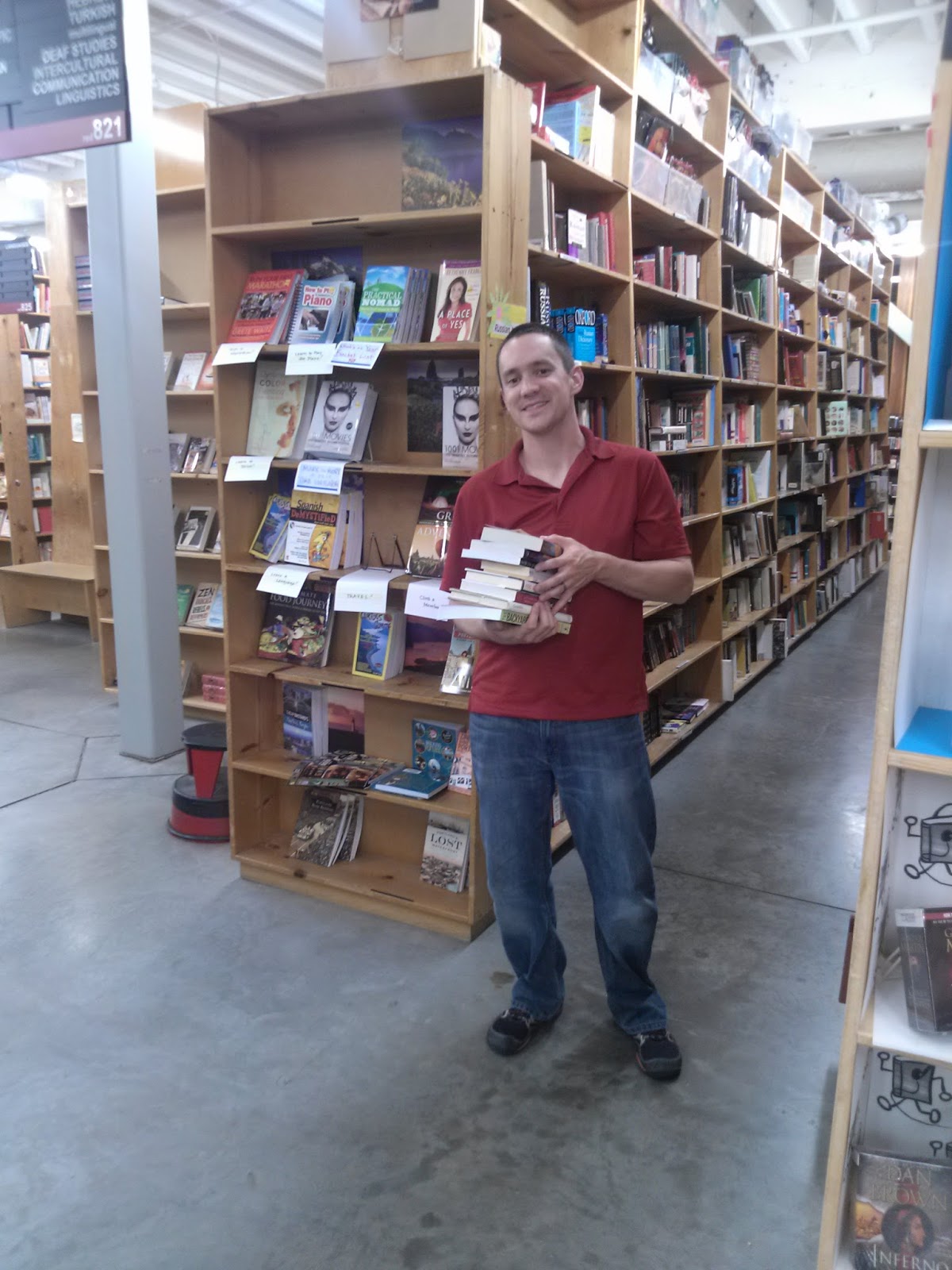 Moving on back to Eugene, we picked up the trailer from K’s Great Uncle B’s place. We were very fortunate to be able to store the trailer on his property while we were back east. We saw everyone again for dinner, Great Uncle B, his son A and wife J as well as their daughter L. We’d been invited for dinner over at A’s place, and we sat out back on a really nice evening, enjoying the view of their gorgeous garden that they’ve grown with mostly plants native to the area. They gave us a lot of ideas for what we’d like to do with our place in Denver. K was especially impressed with the hop vines and large hop cones growing up and over the driveway.

The next day, most of them took off for a fishing excursion in Alaska, but we met up with J who had offered to show us around. We had a really nice day together getting lunch, checking out the University of Oregon and Hayward Field (which I had wanted to see ever since learning about Prefontaine and being inspired by him when I was still running high school cross-country and track), and going to the Cascades Raptor Center. This was especially neat. The center rehabilitates injured birds and returns them to the wild where possible, and when not, they keep them at the center for educational and outreach purposes. We saw many birds that we’d either not seen before or not seen this close. 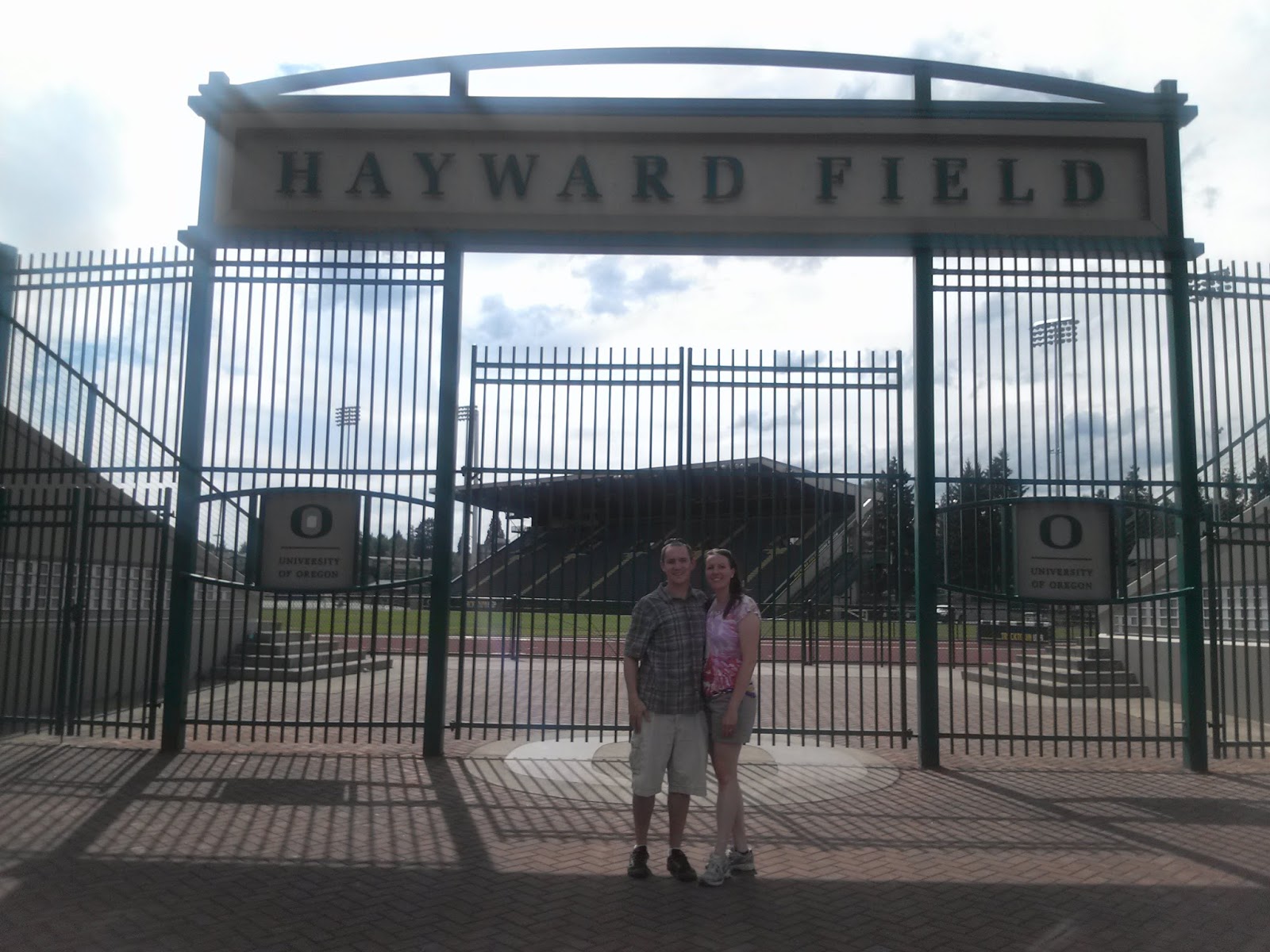 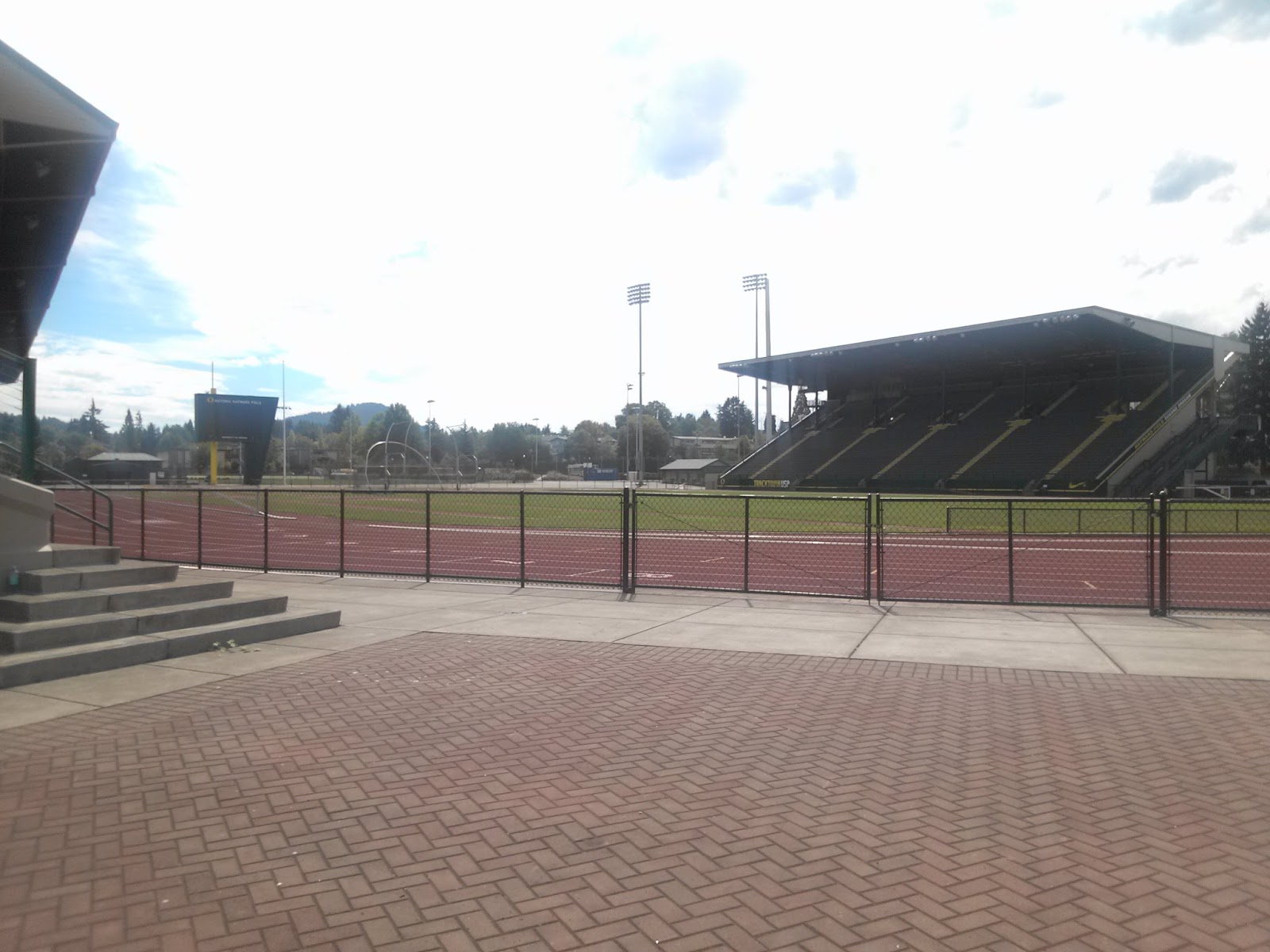 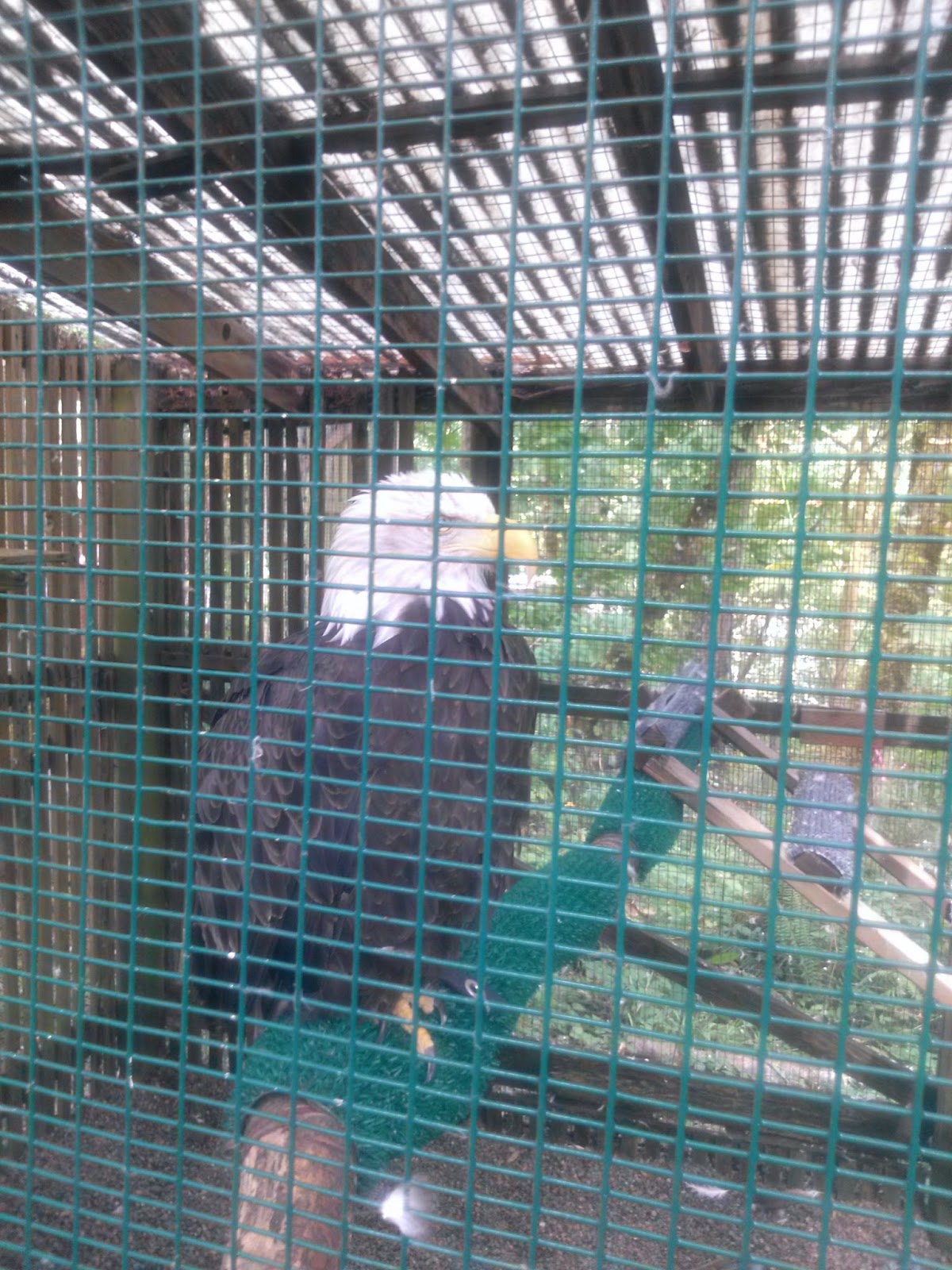 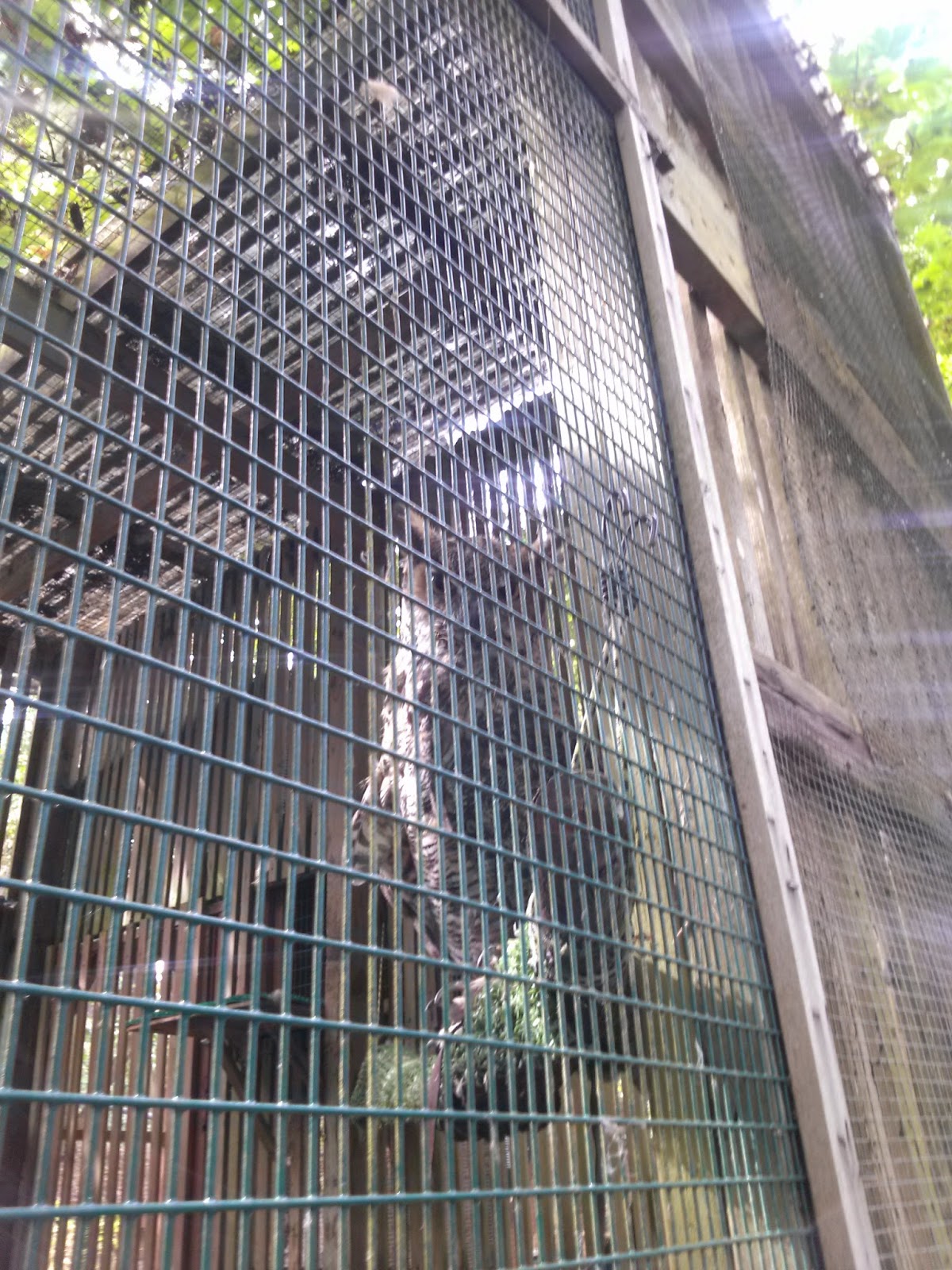 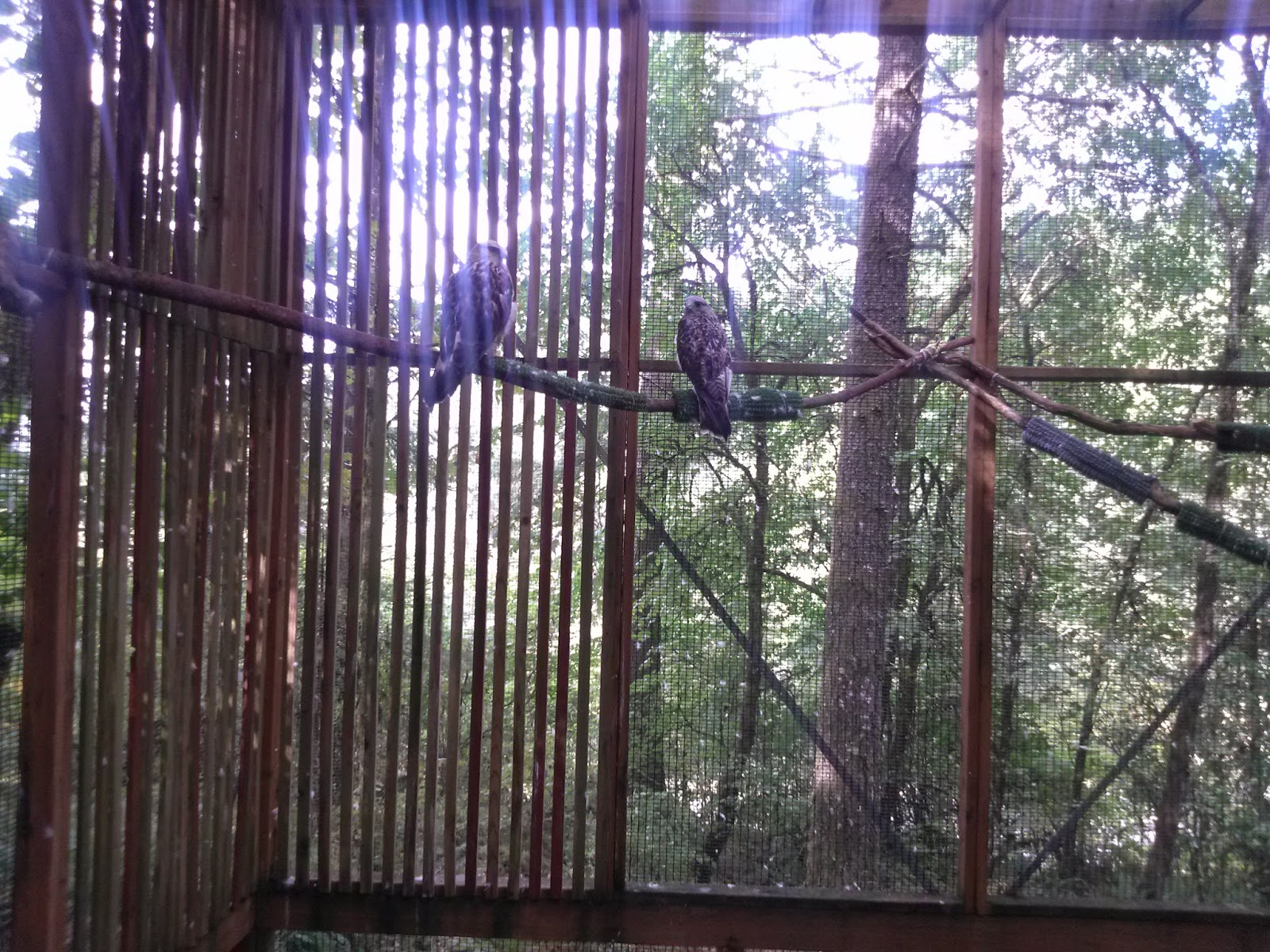 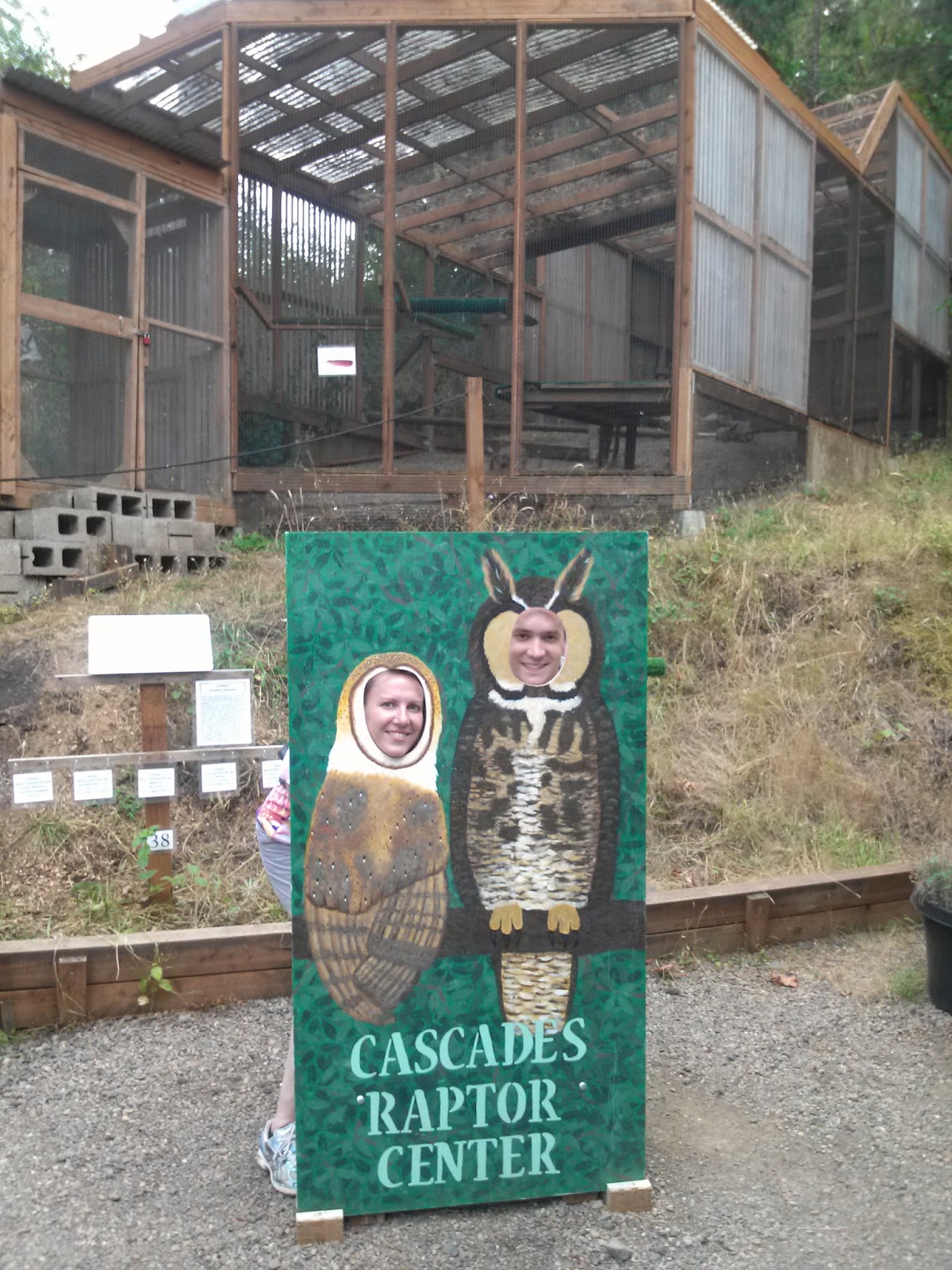 Before meeting up with J, we had been over to the Conger Street Clock Museum. Again, this was something we didn’t specifically seek out, but thought we might as well stop in to see since it was free, and like the Nutcracker Museum in Leavenworth, WA, was surprisingly good. One of the women at the museum walked around with us at times, pointing out interesting items, and explaining their history which you wouldn’t have known just by browsing on your own. There were so many neat things, and not only clocks, but also cameras, telephones, and telegraphs. 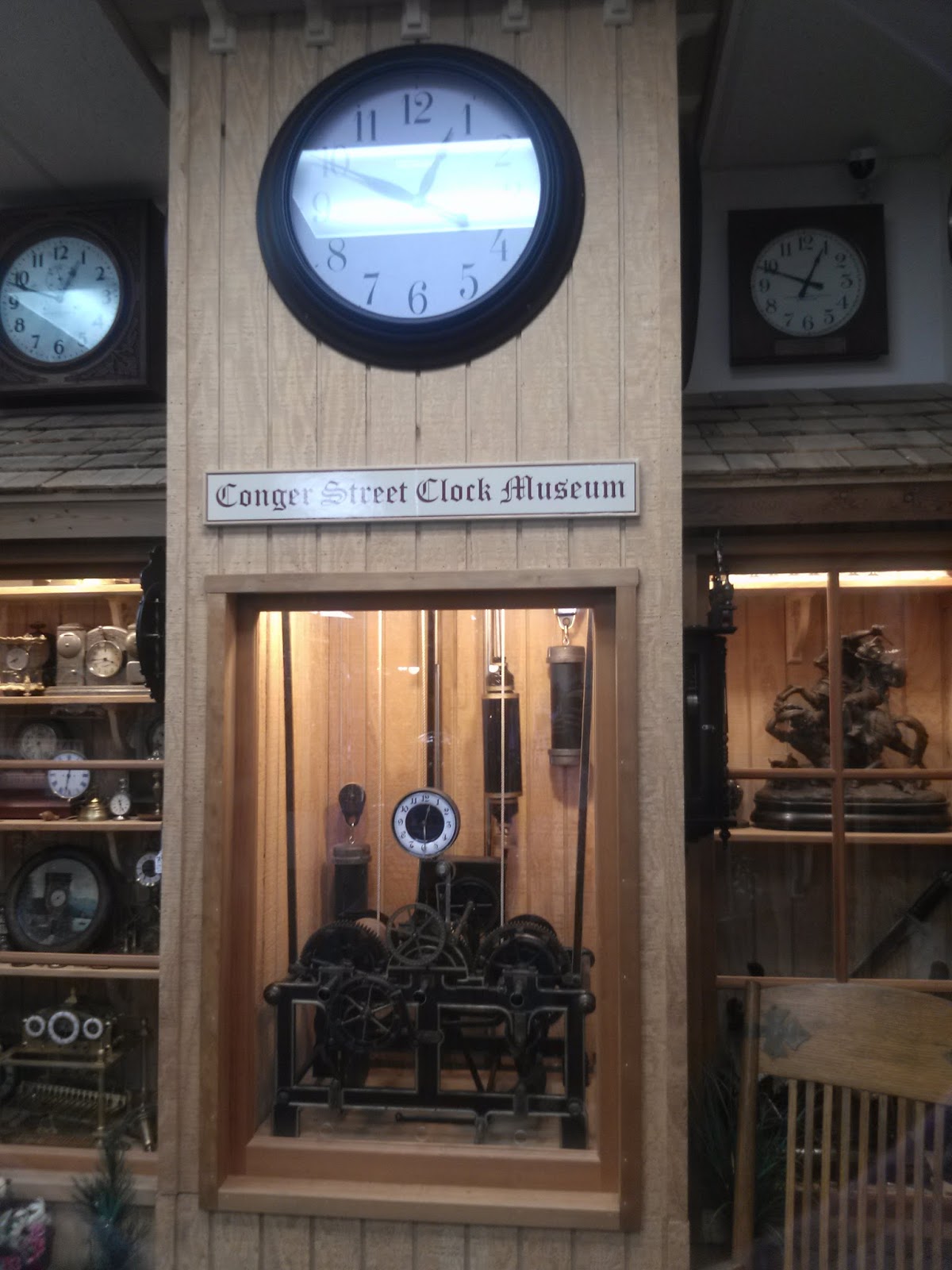 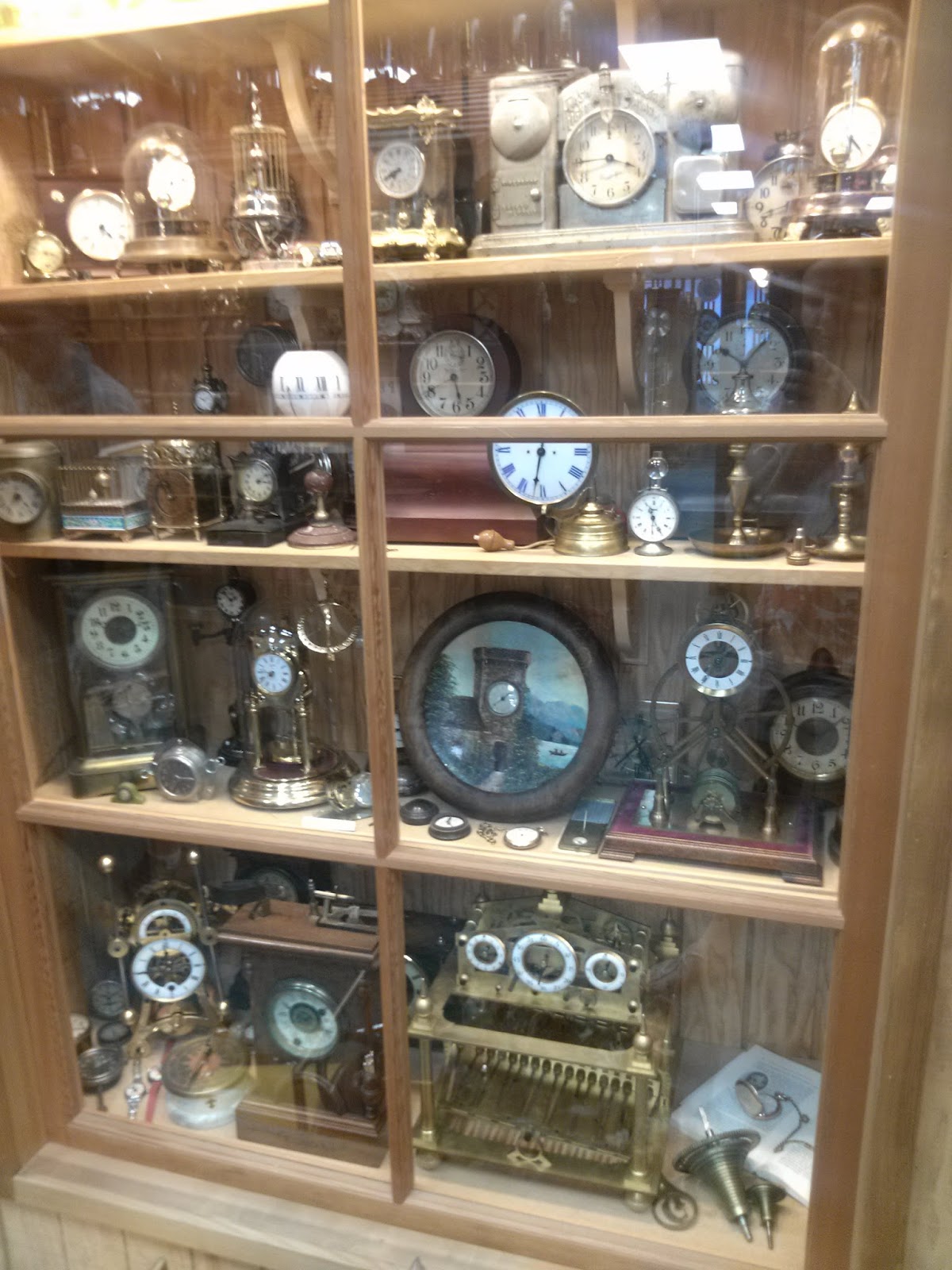 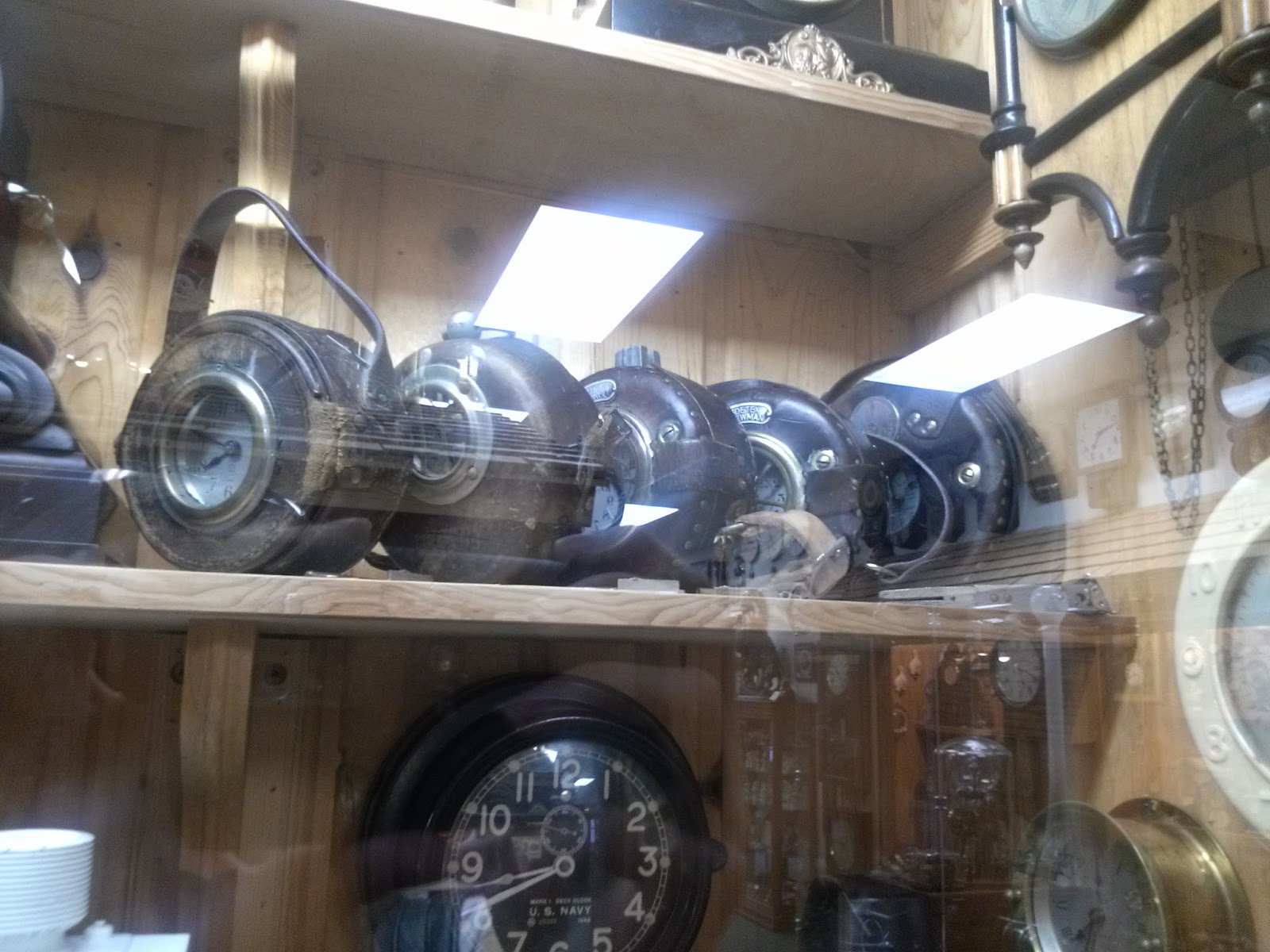 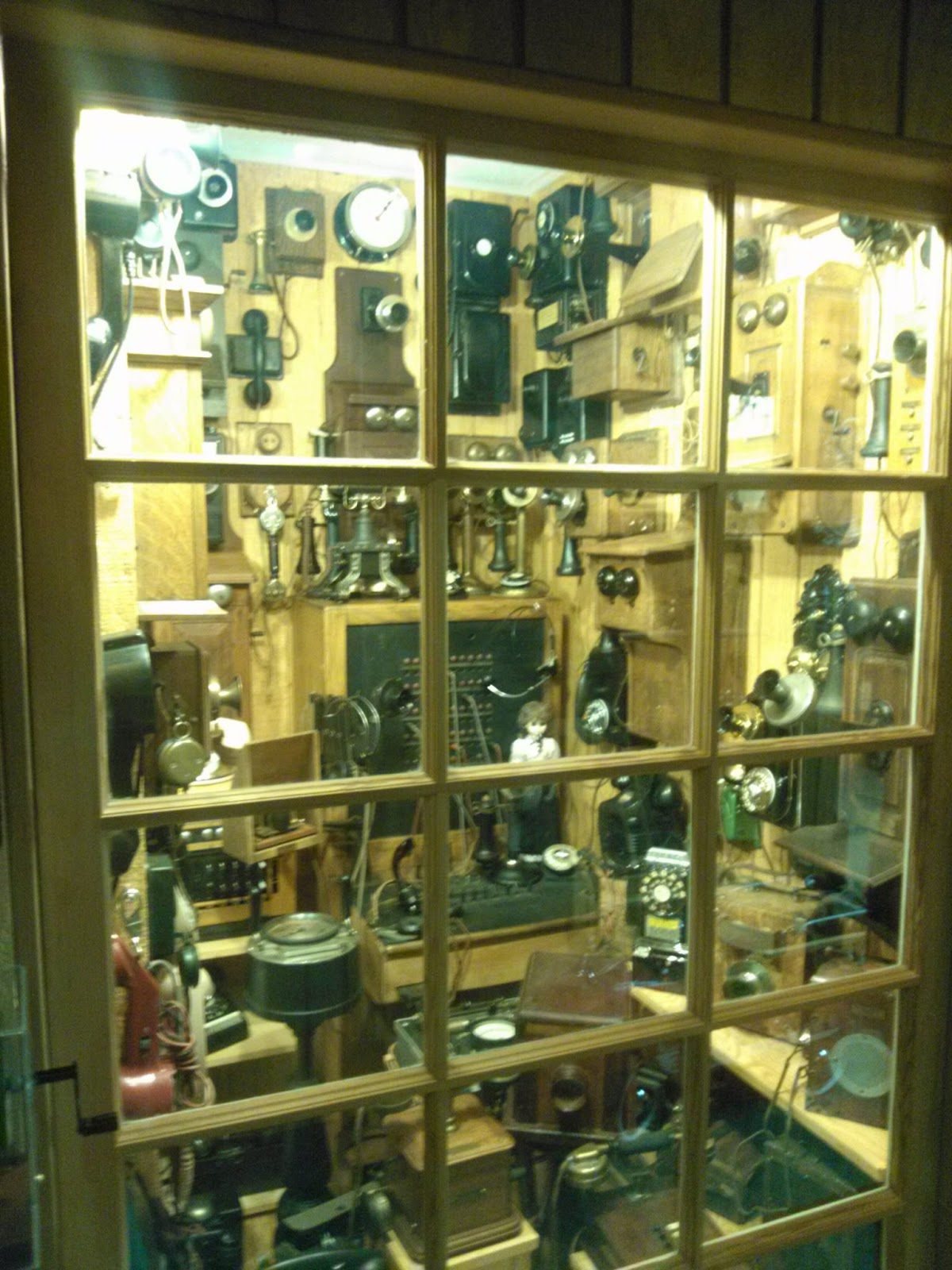 That evening we also checked out two of the town parks which were really nice to walk around in: Alton Baker Park and Hendricks Park. 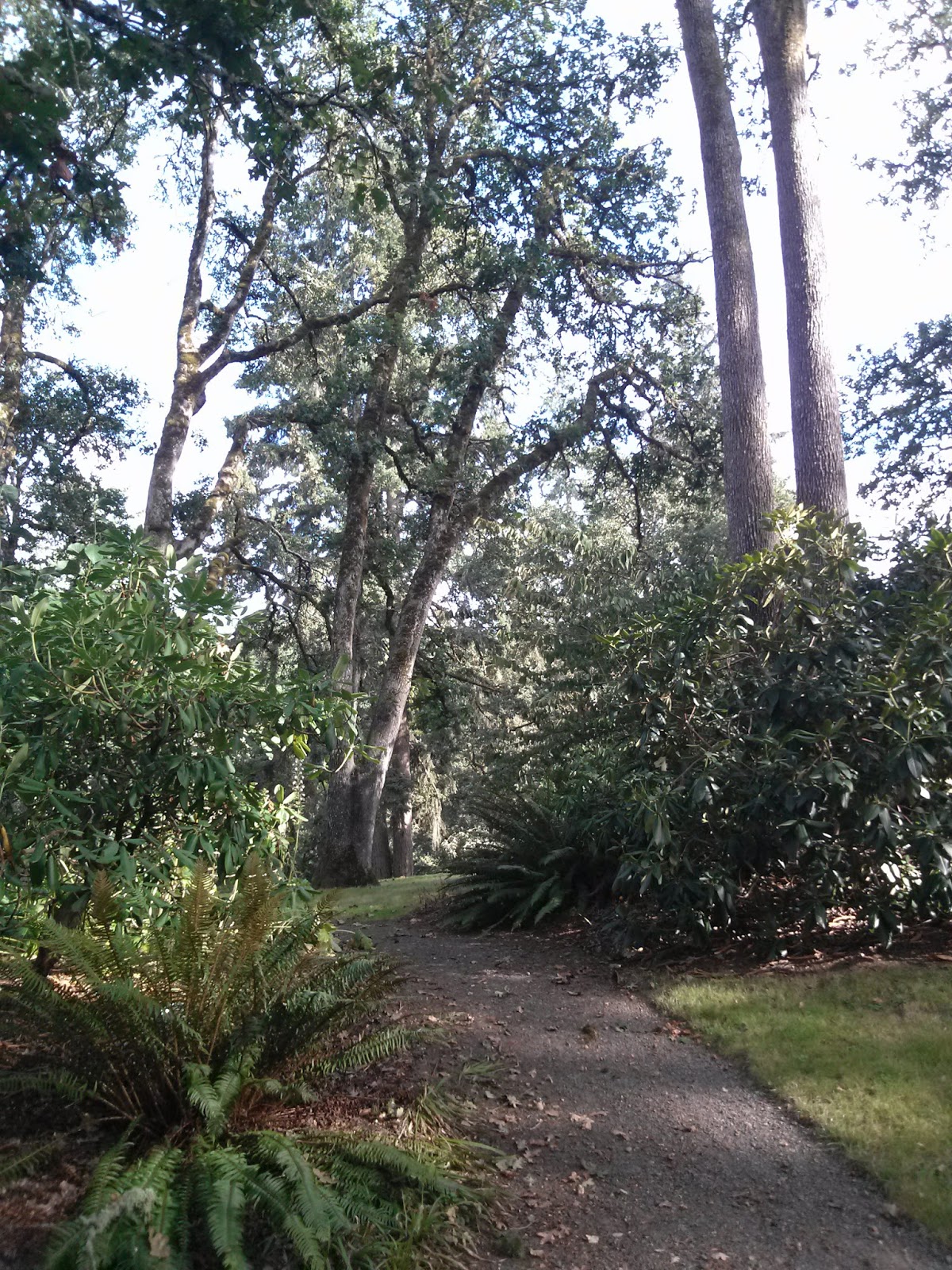 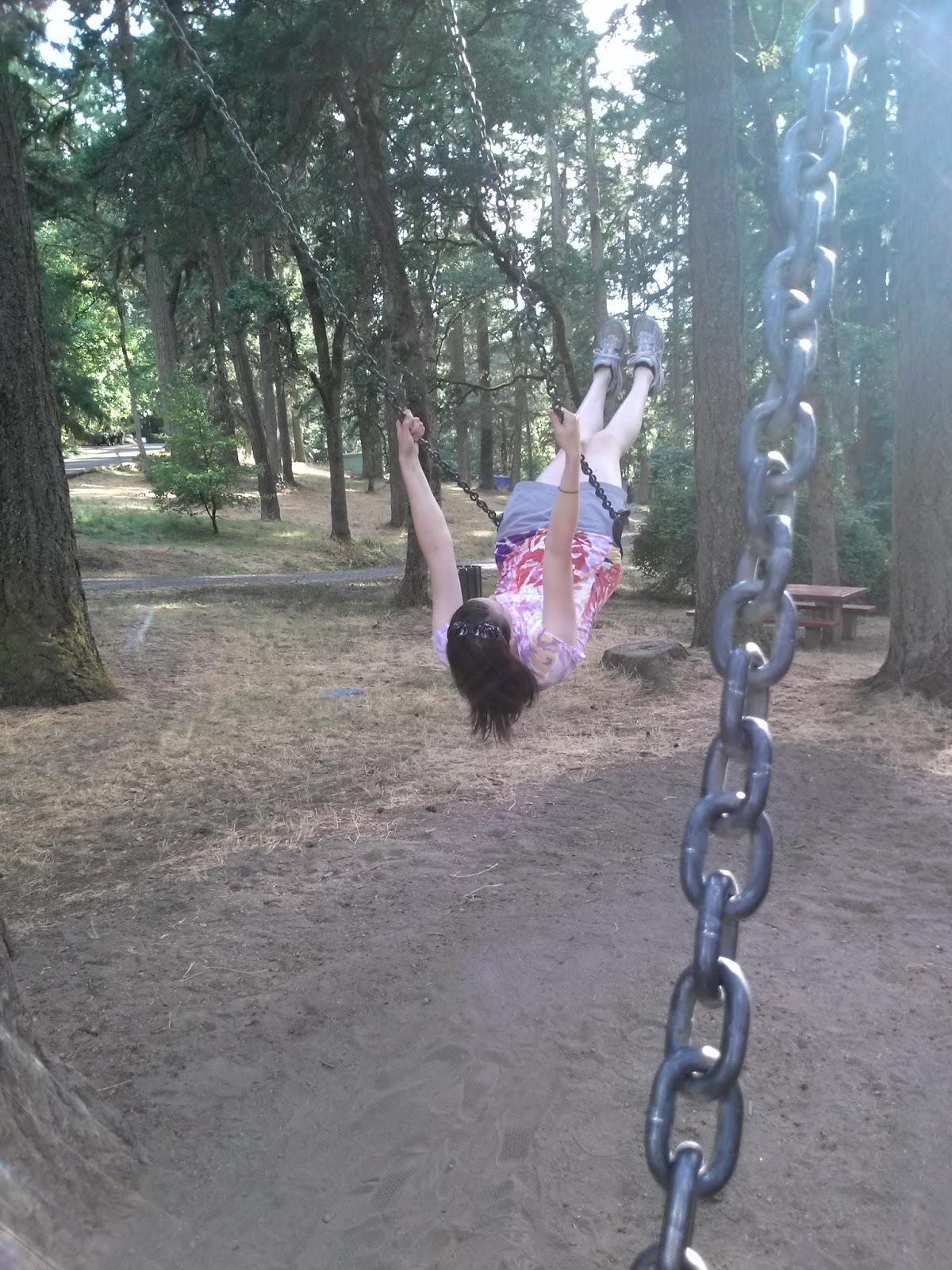 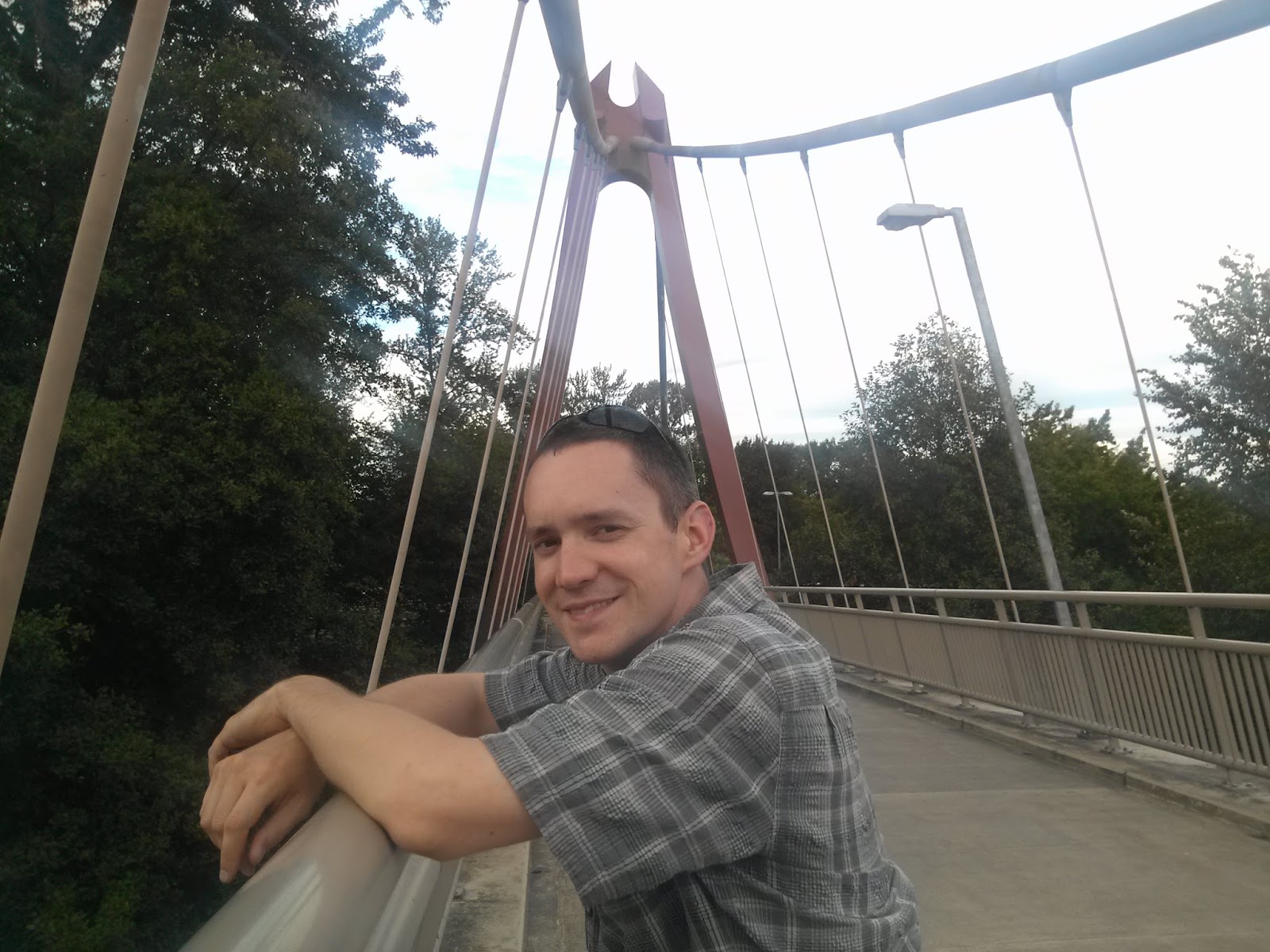 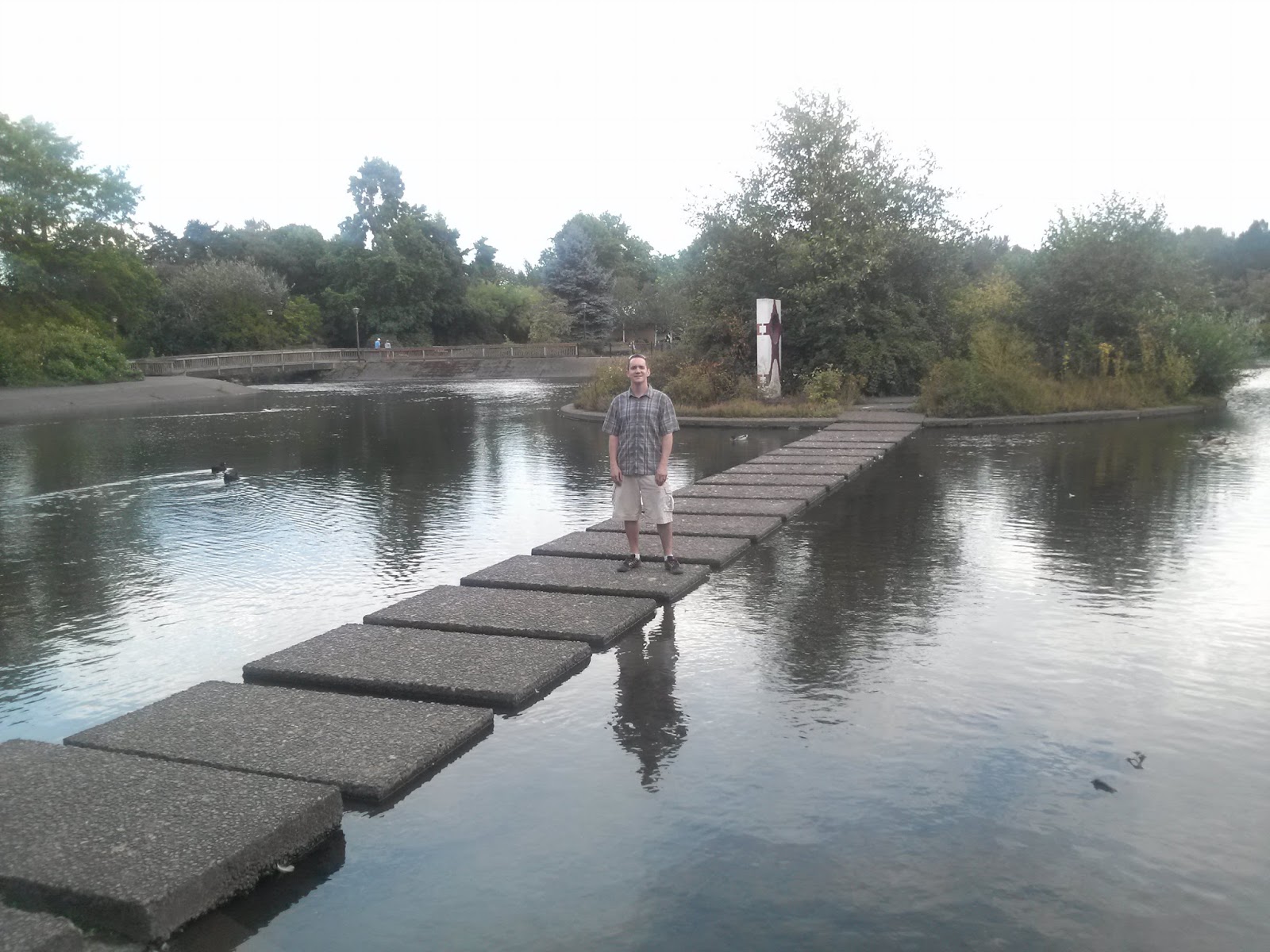 The following day we had hoped to see some things in the nearby area that A had recommended, but the weather was pretty terrible. So we had a rest day instead and planned our next destination. Onward to Crater Lake!

Just down the road from Craters of the Moon was this little gem.  It is a building on the outskirts of the land that is sectioned off for Idaho National Laboratory (which is HUGE.)  EBR-1 was the first nuclear reactor in the world to generate electricity, way back in 1951.  It was decommissioned in 1964…

By the time this blog post airs, we’ll have hopped a flight back East to attend some weddings. We’ll be visiting K’s parents in MA, visiting my Dad who also happens to be in the area with his RV, and celebrating the wedding of friends A and B in RI as well as that of…

Originally we weren’t planning on riding the tram, but we found ourselves with a free day with no hiking planned and thought it would be a different view of the area. The Aerial Tram originates out of Teton Village (at an elevation of 6,311 ft), and climbs to the top of Rendezvous Mountain (elevation of…