Steamboat Springs has got to be one of the go to places for fall colors in Colorado. There are plenty of others, but considering we were a little later than we would have hoped getting away for the weekend to see the leaves because of a lot of work travel I had been doing, this area still had a lot of color. It’s nice because fall almost seems like it is prolonged in the Denver area because if the leaves have faded and fallen in one area / elevation, you just make your way to another, and finally the changing leaves will show up in Denver itself.

Because we had heard that there might be snow in the mountain passes, we left the trailer at home and stayed in the Steamboat Grand hotel. We used one of those pick your price and number of stars sites and then it books you at something that matches your criteria and we were not disappointed. This is a really nice hotel with great views and a nice outdoor pool and hot-tub area.

On our first full day we set out to see the fall colors, our main goal of the weekend. We did this by setting out on a hike to Fish Creek Falls. The 280 ft Fish Creek Falls themselves aren’t very far down the trail, so after enjoying that view, we continued on up the trail for several miles. 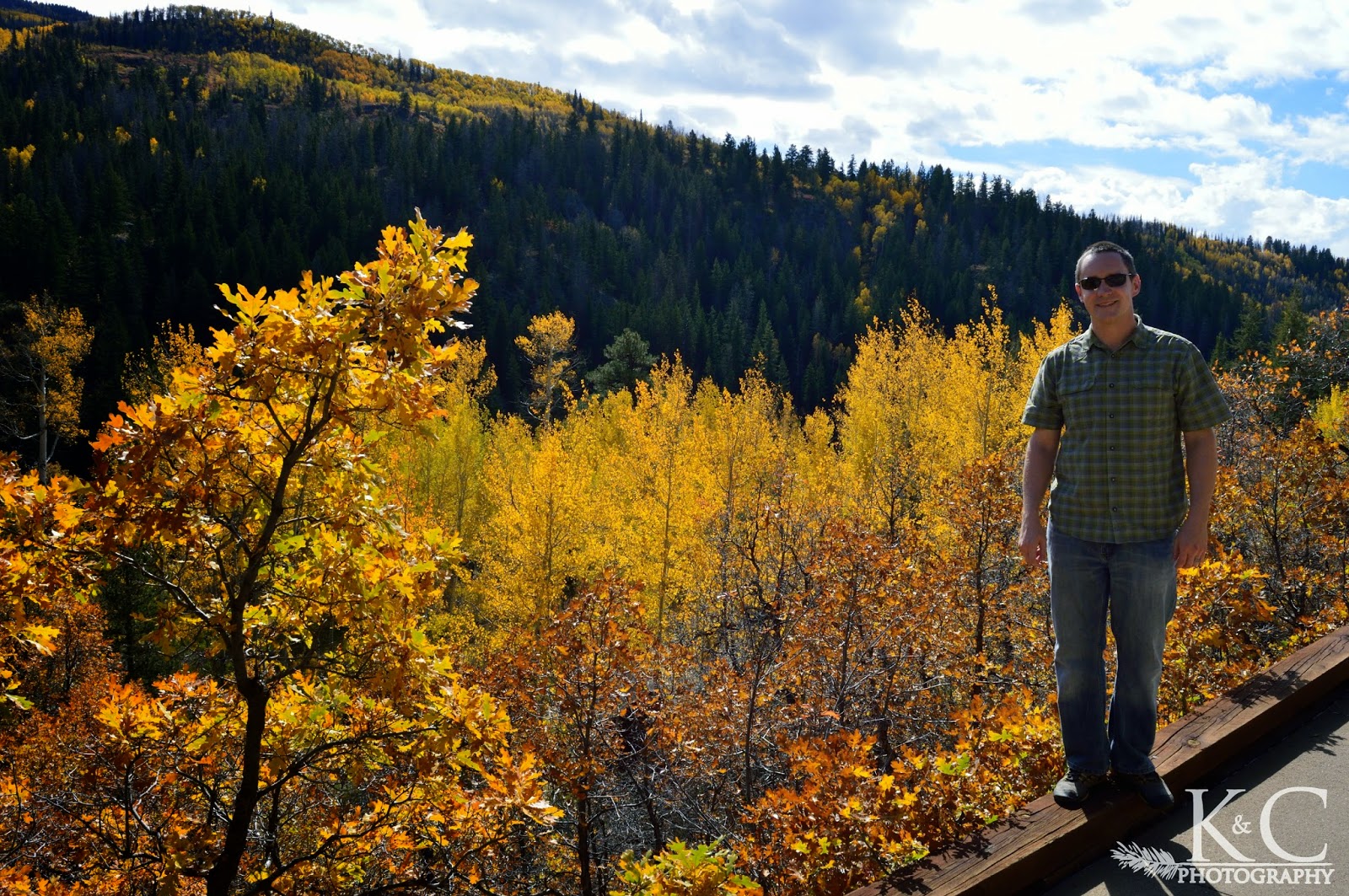 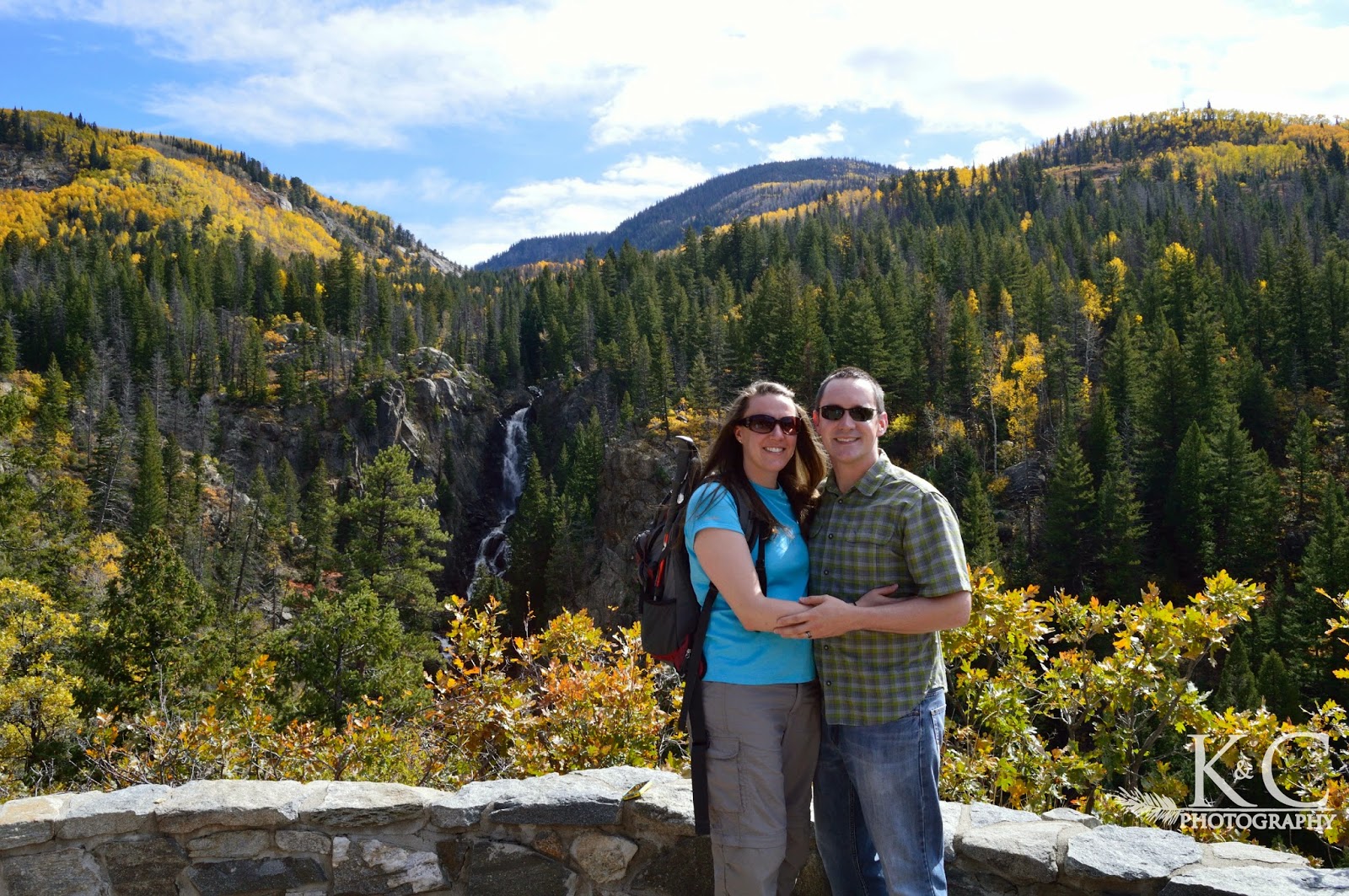 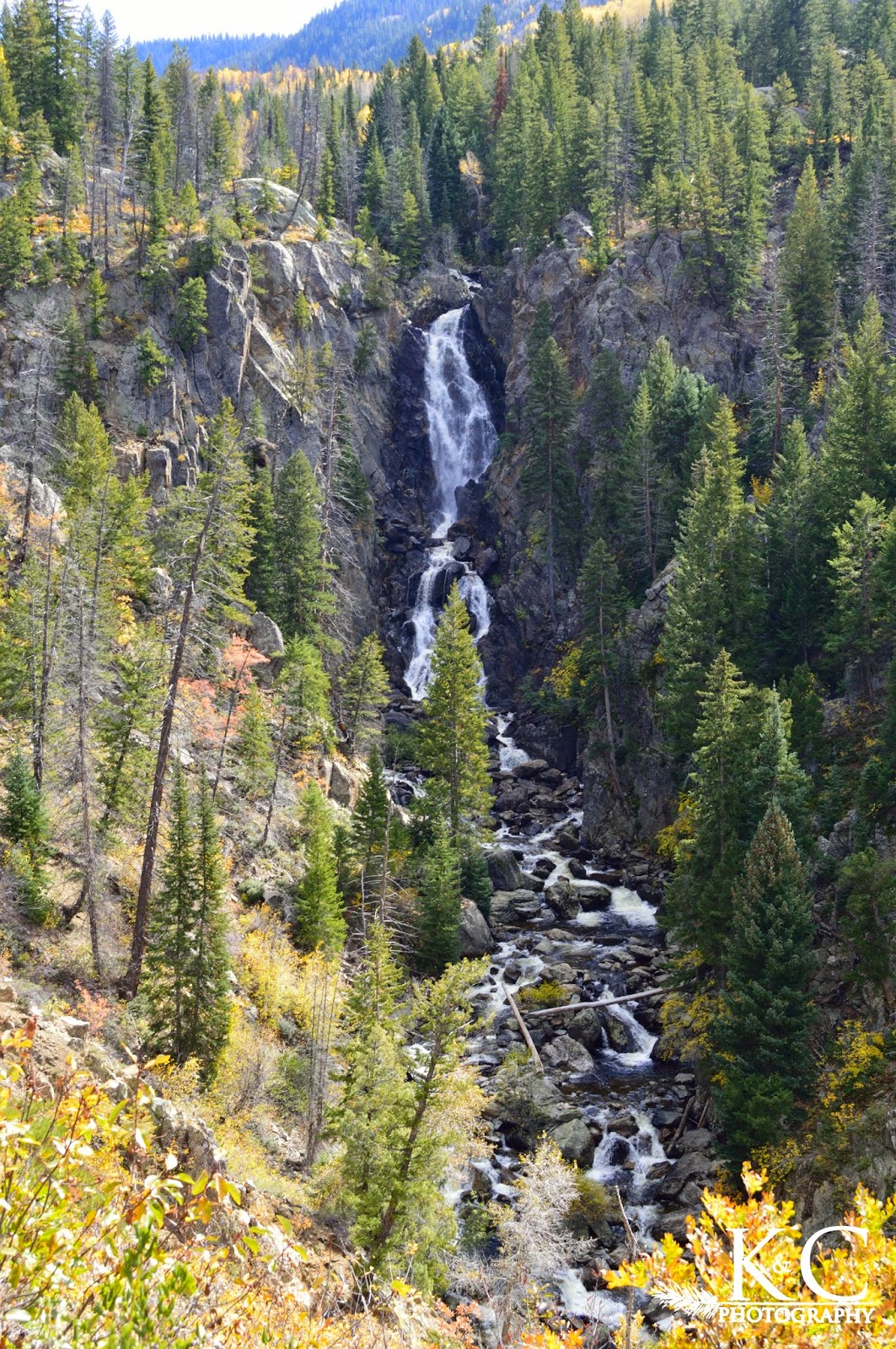 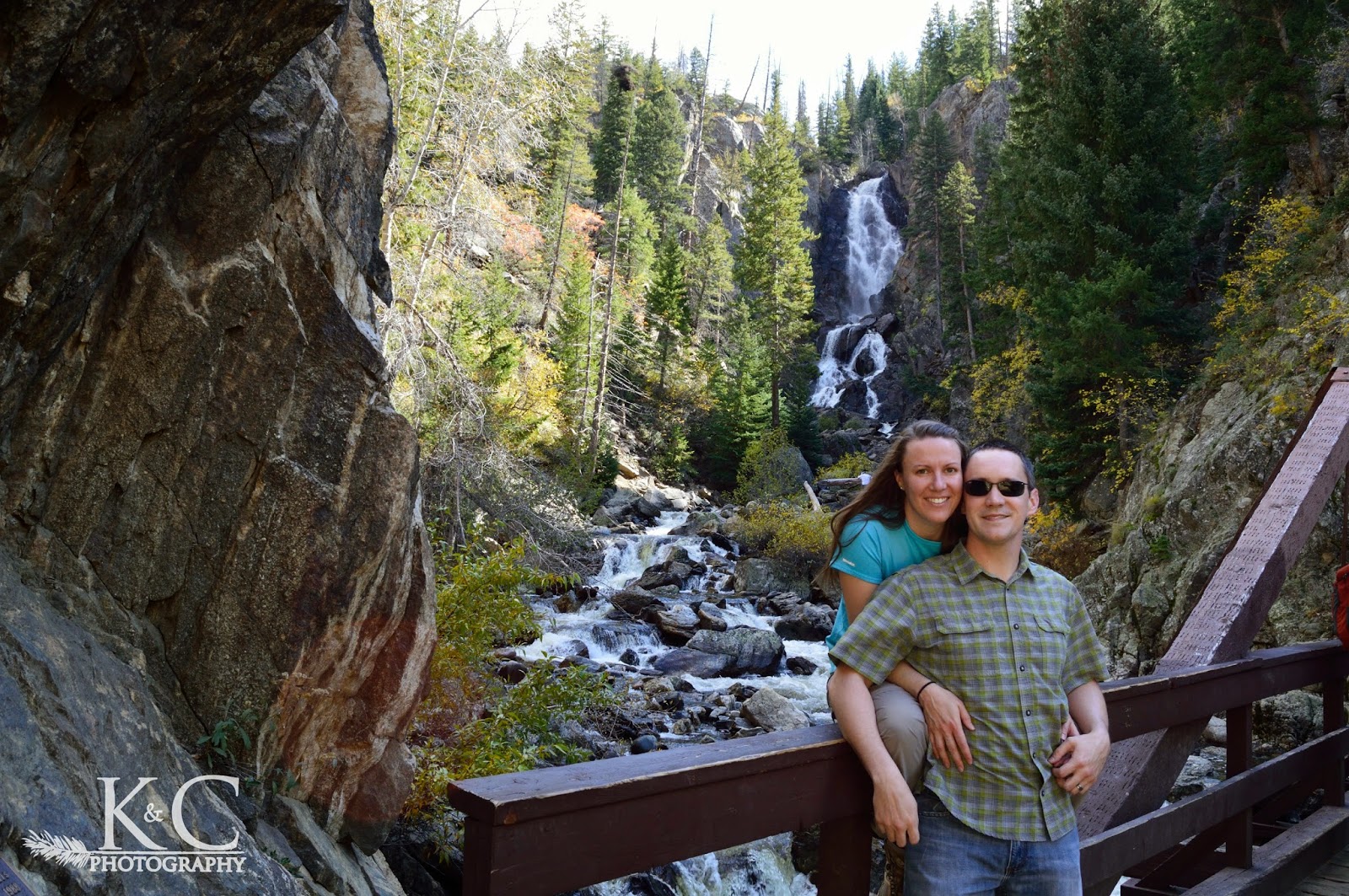 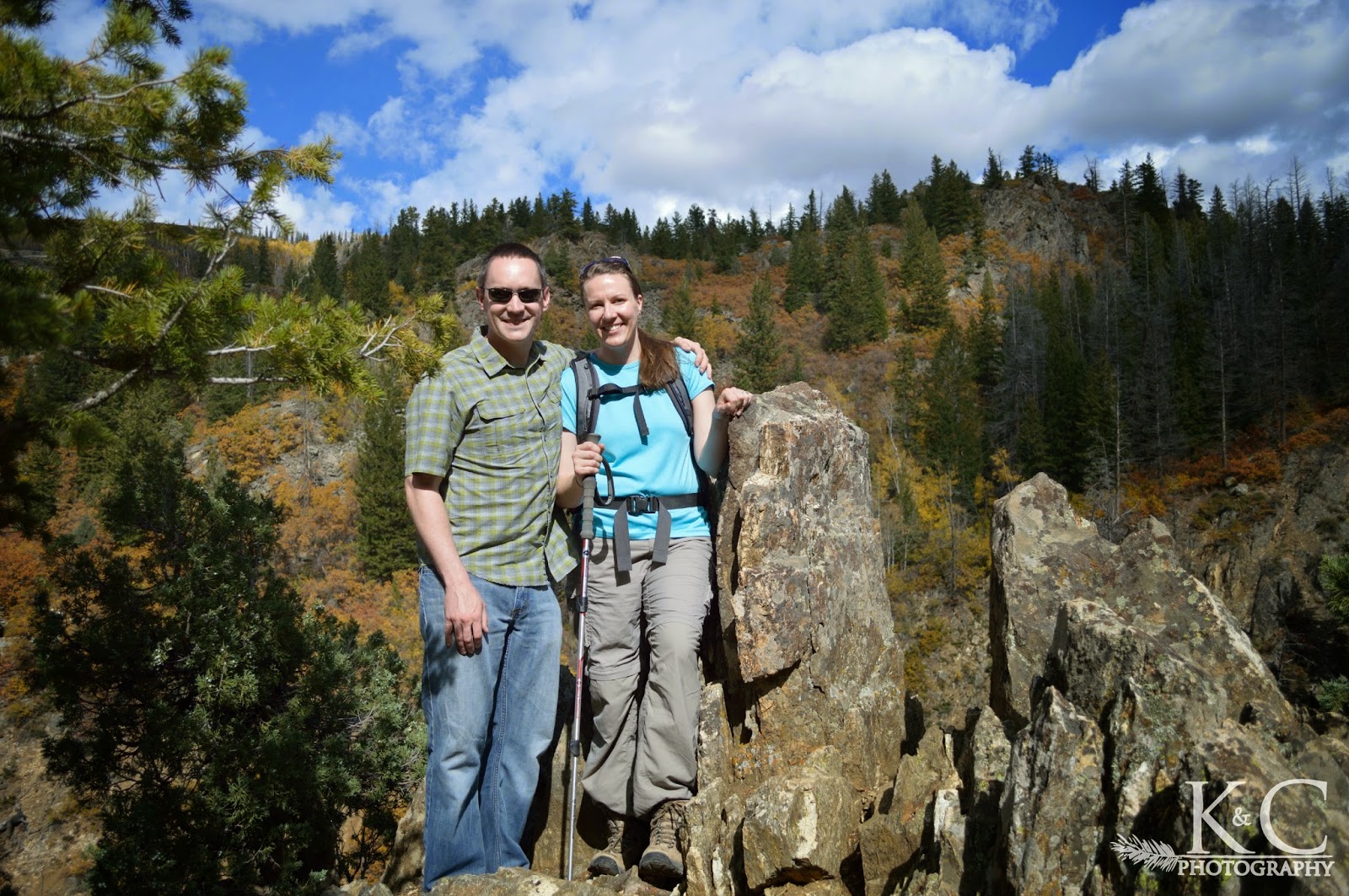 The next part of the trail is very much uphill, until you reach a grove of aspens where the grade is much flatter. This part of the trail was the best, walking between the bright golden leafed aspens, looking up into nothing but yellow and blue sky. The contrast of the white and black trunks to the yellow leaves is striking. 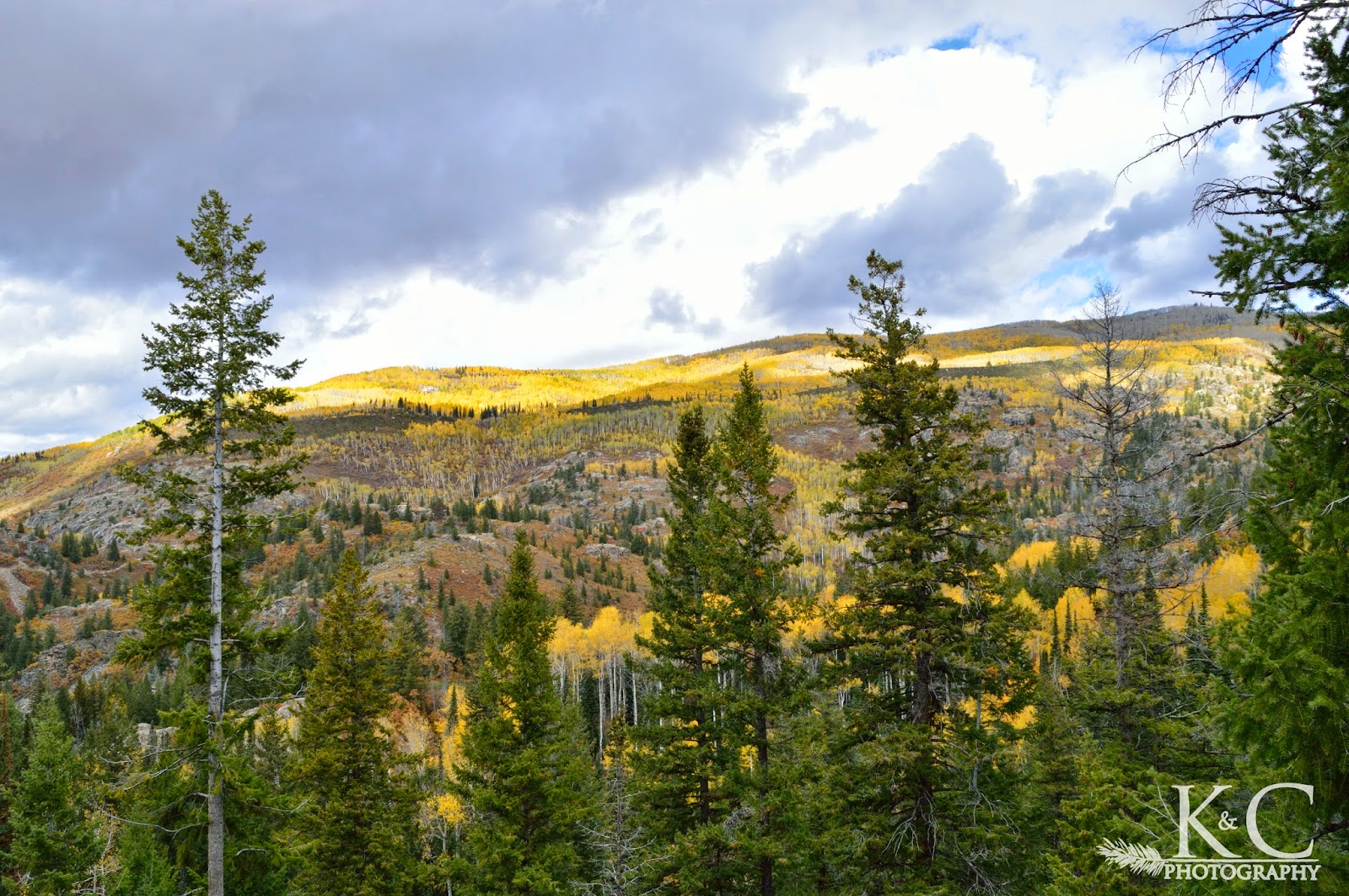 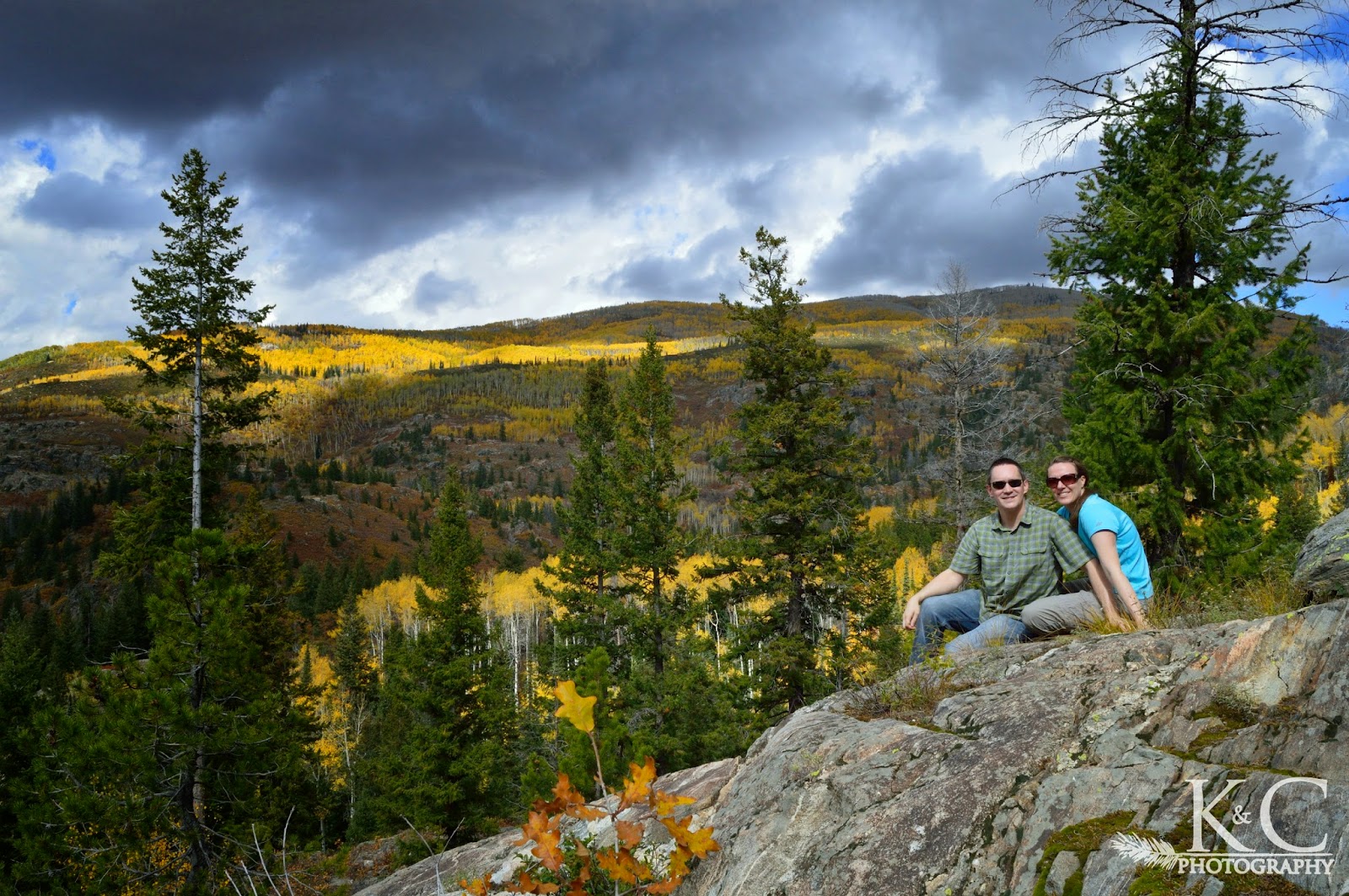 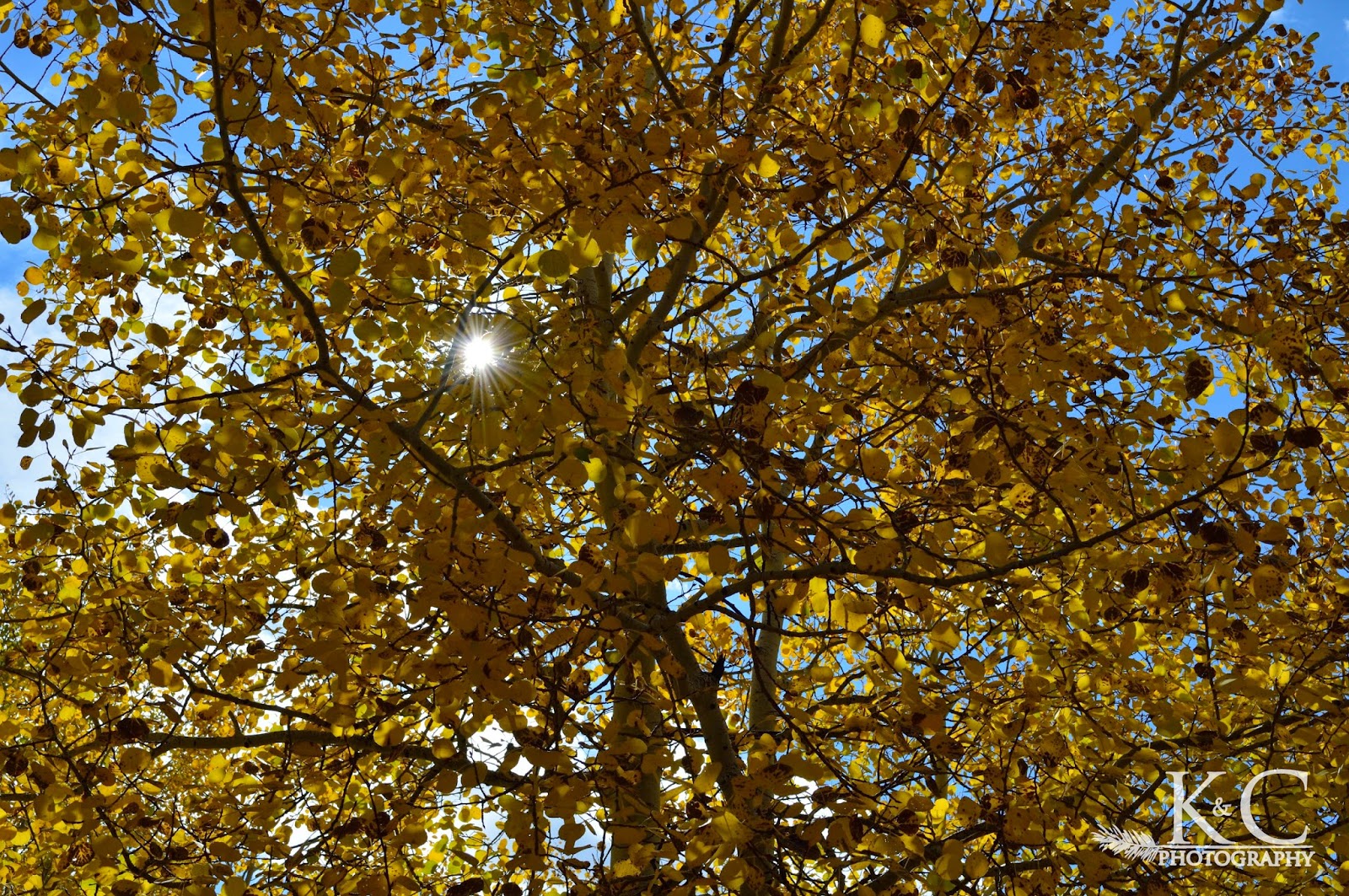 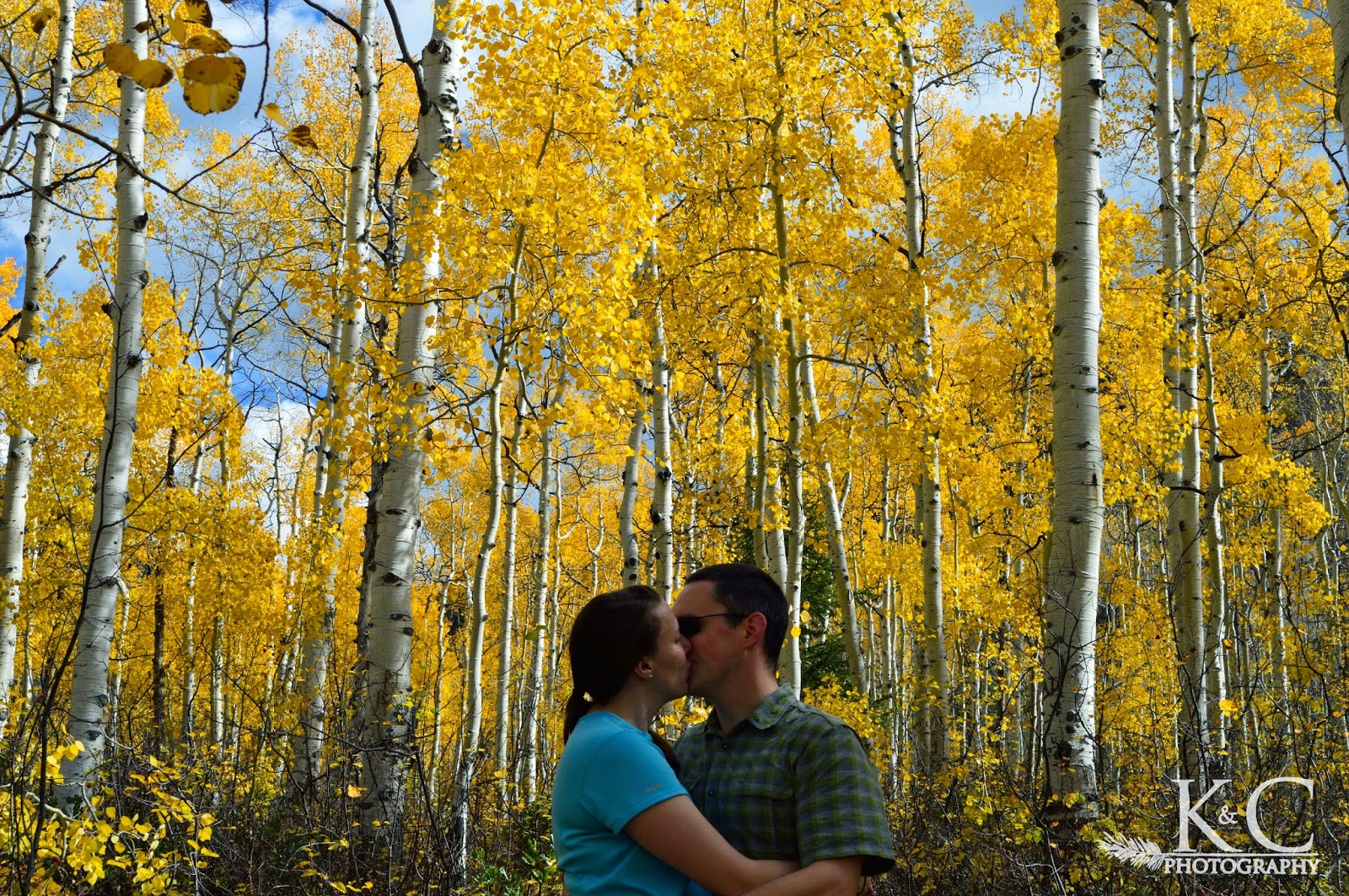 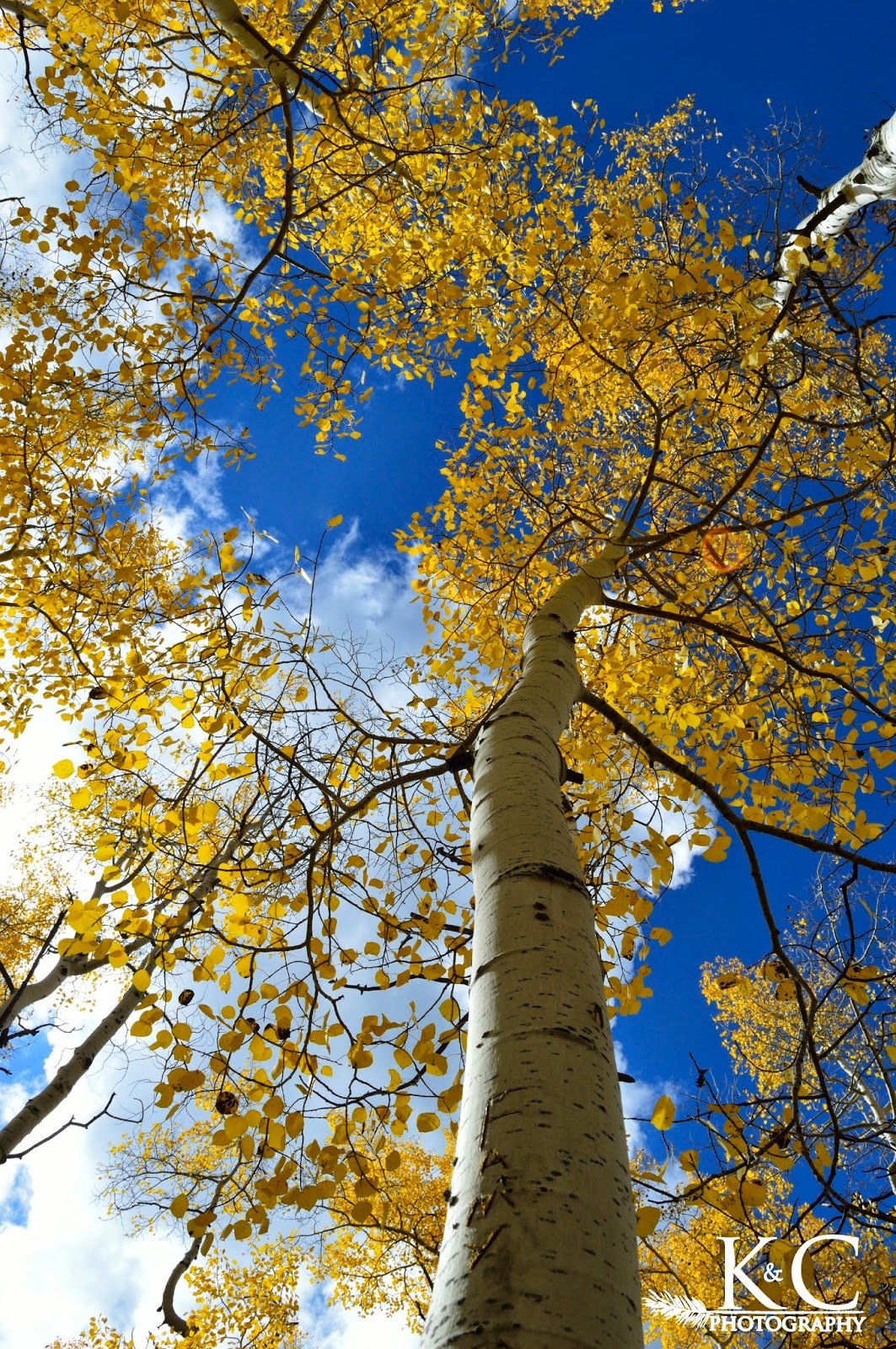 We continued through to the end of the grove, where a family approaching from the other direction said we absolutely had to head up to the right of the trail onto some rocky outcroppings to overlook the grove from which we had just come. They called it a sea of gold. They were absolutely right. Now we’re not going to say this is better than northeast fall foliage, but we love that too and this is at least equally as amazing to us. You definitely don’t have to give up fall colors by moving west! 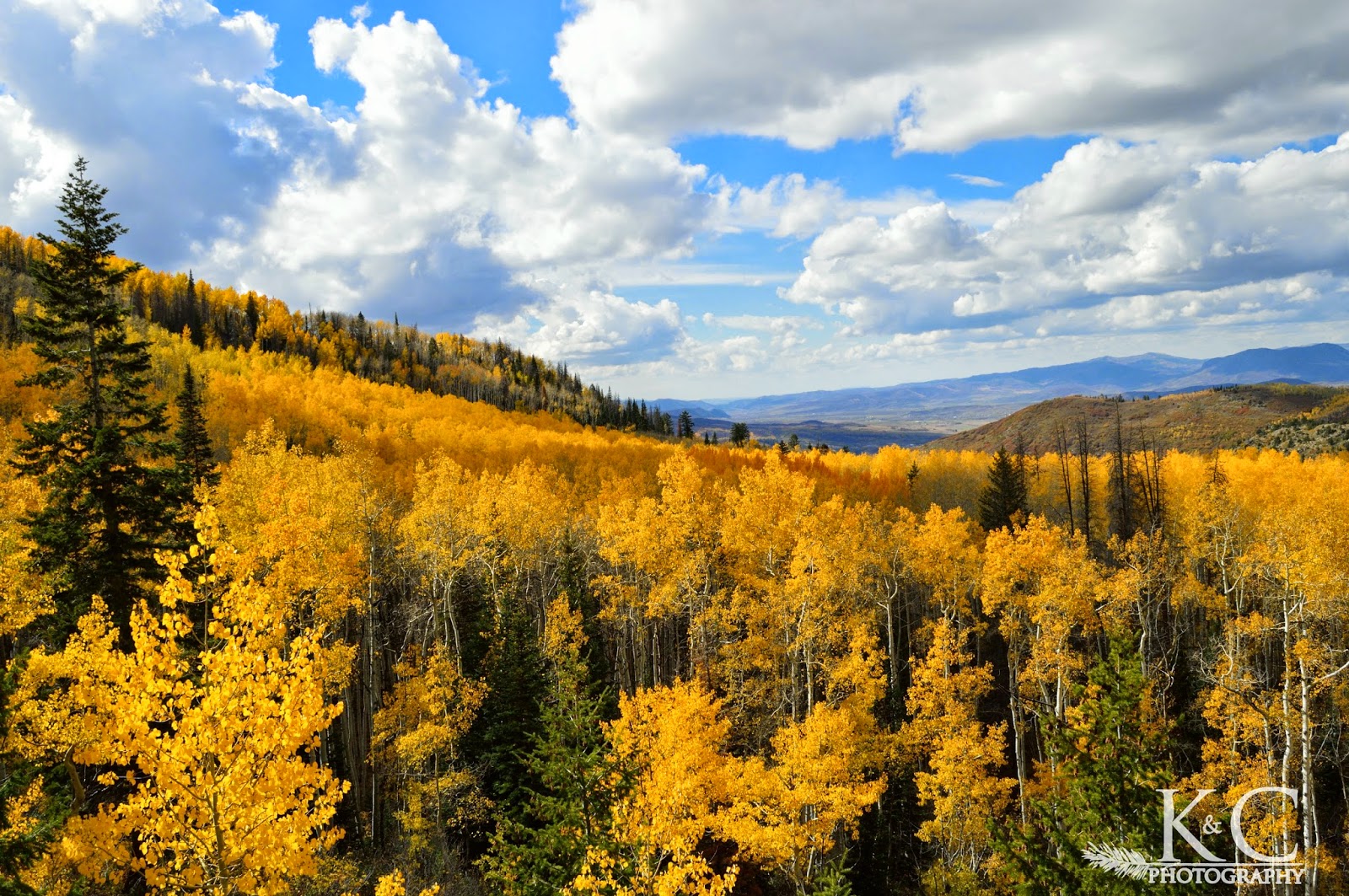 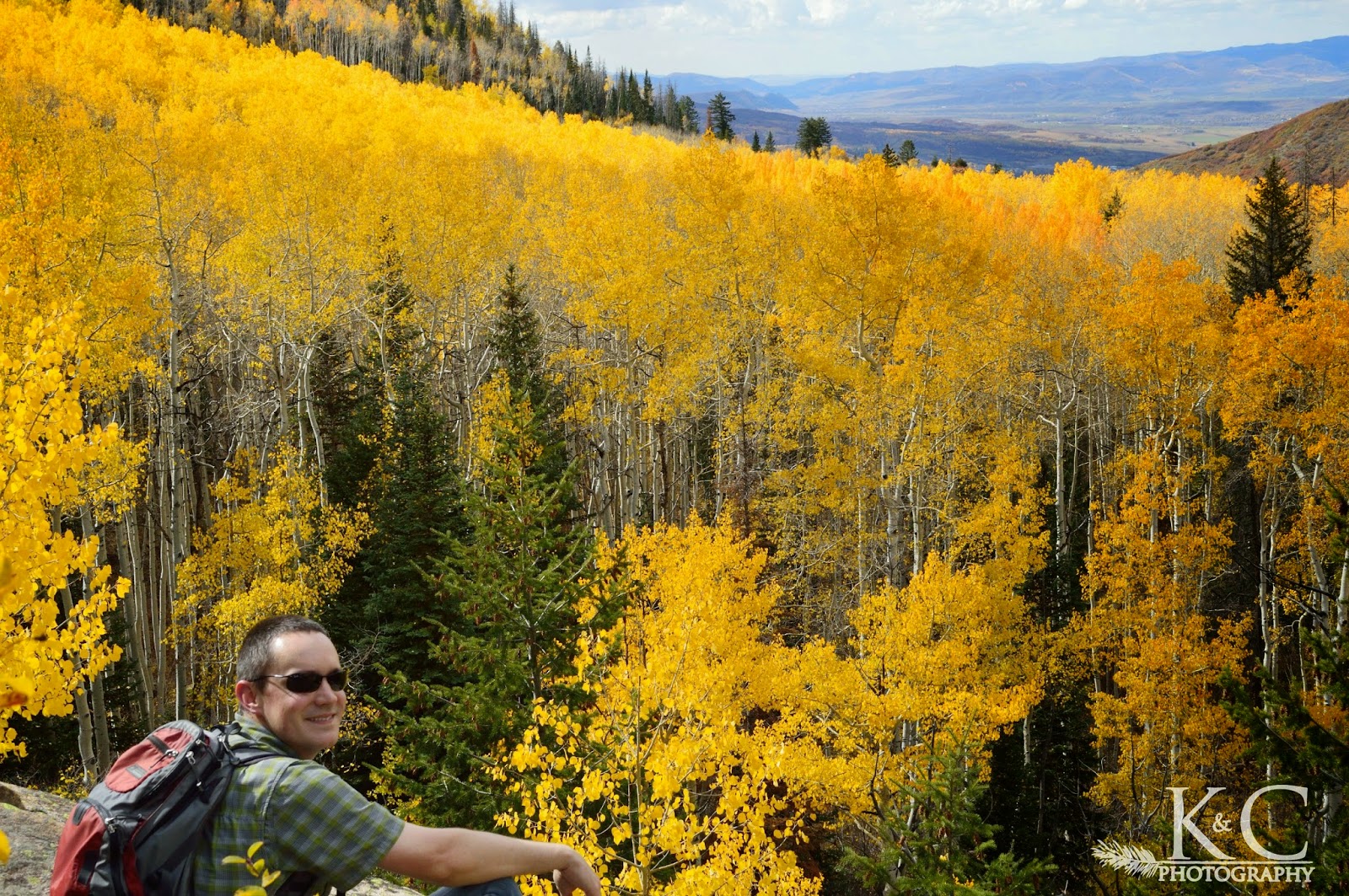 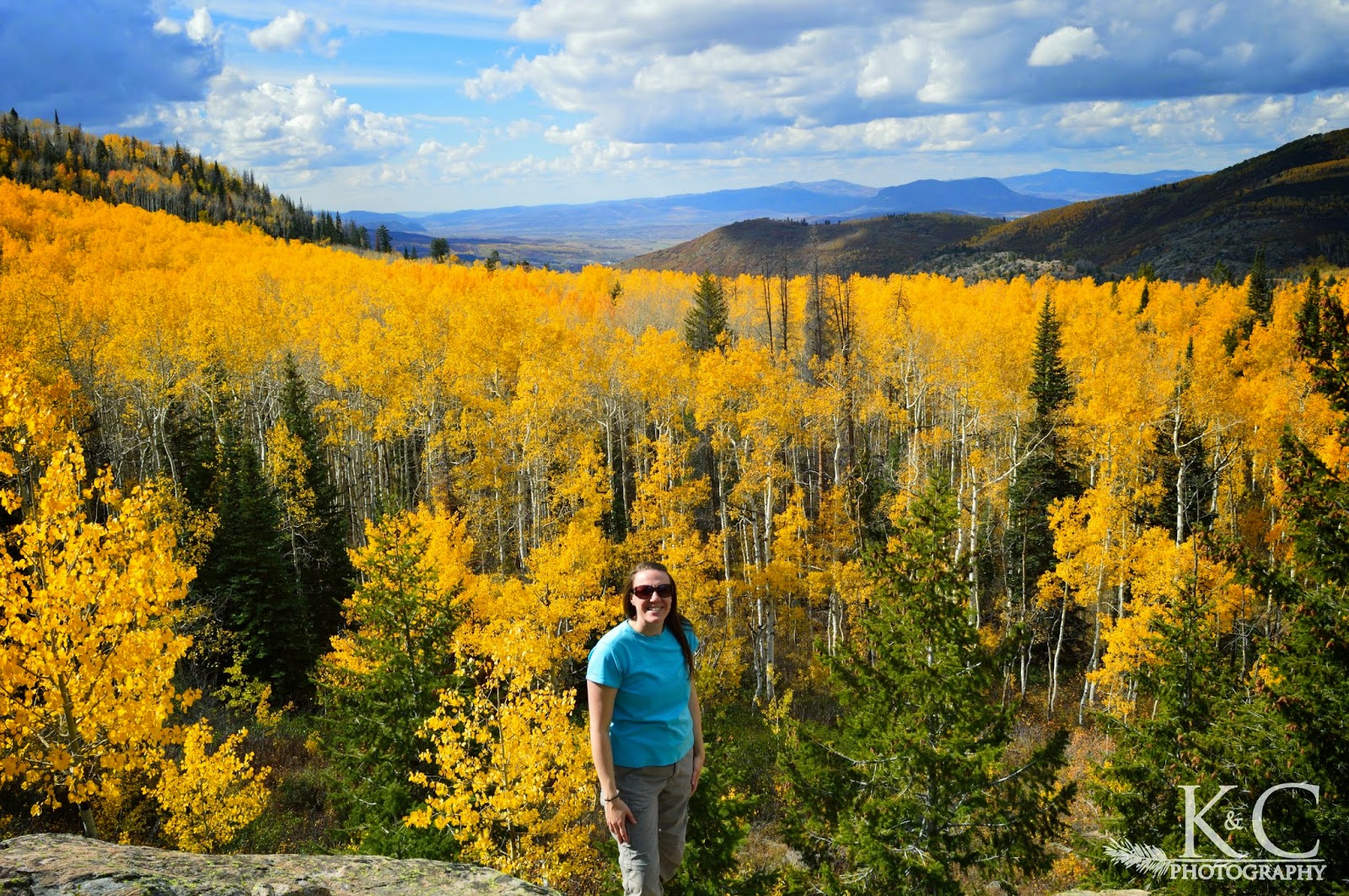 That afternoon, we went out to Strawberry Park Hot Springs. This place had been highly recommended to us, and we really liked that it was a mostly natural hot springs experience. So often we see hot springs that have been so commercialized that you’re basically just going to a swimming pool. That’s no fun. So this one had rock and boulder walls / several waterfalls and pools with sandy bottoms, and no artificial lighting, all just situated back in the forest. It was a really neat experience and very relaxing and peaceful. The one drawback is that once it gets dark there, the clothing optional rule sets in, which in and of itself is not a big deal, but the way people start acting – I can only describe it by saying it’s more of the party, immature, hoodlum variety – signaled it was time for us to head out. Definitely be aware and plan accordingly to which experience you’re looking for. 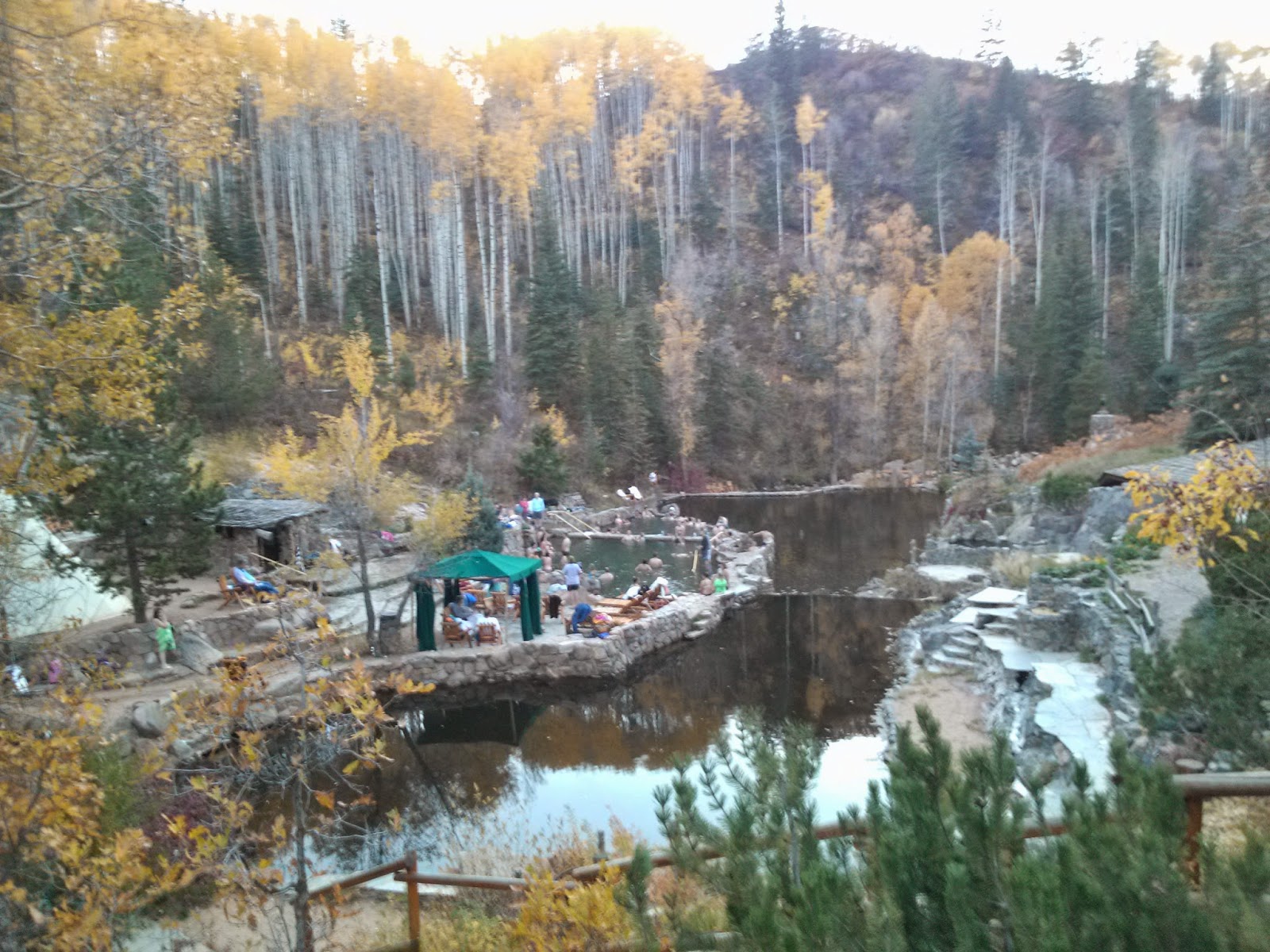 On our second full day, the weather wasn’t the greatest, so we checked out some local breweries. These included Mahogany Ridge (which is more of a restaurant), Storm Peak, and Butcherknife Brewing Companies. It was fun to try out all of them, but of the three I think we preferred Storm Peak, for the beer as well as the tap room set up, and being able to play games and watch football enhanced the experience.

Mountain towns like these we’ve discovered often have neat, quirky, tasty, and affordable breakfast joints, so we’ve started scoping out the ones that seem to have the most charm or are recommended by the locals. Here we tried out Creekside Cafe & Grill and liked it so much we went two days in a row. On the final morning though we ventured to another place, Freshies, just to expand our experience, and though it was very good as well we preferred the atmosphere at the first place and will go there if we visit Steamboat again.

Some pictures from the trip home including some snow and a side trip to Chimney Rock: 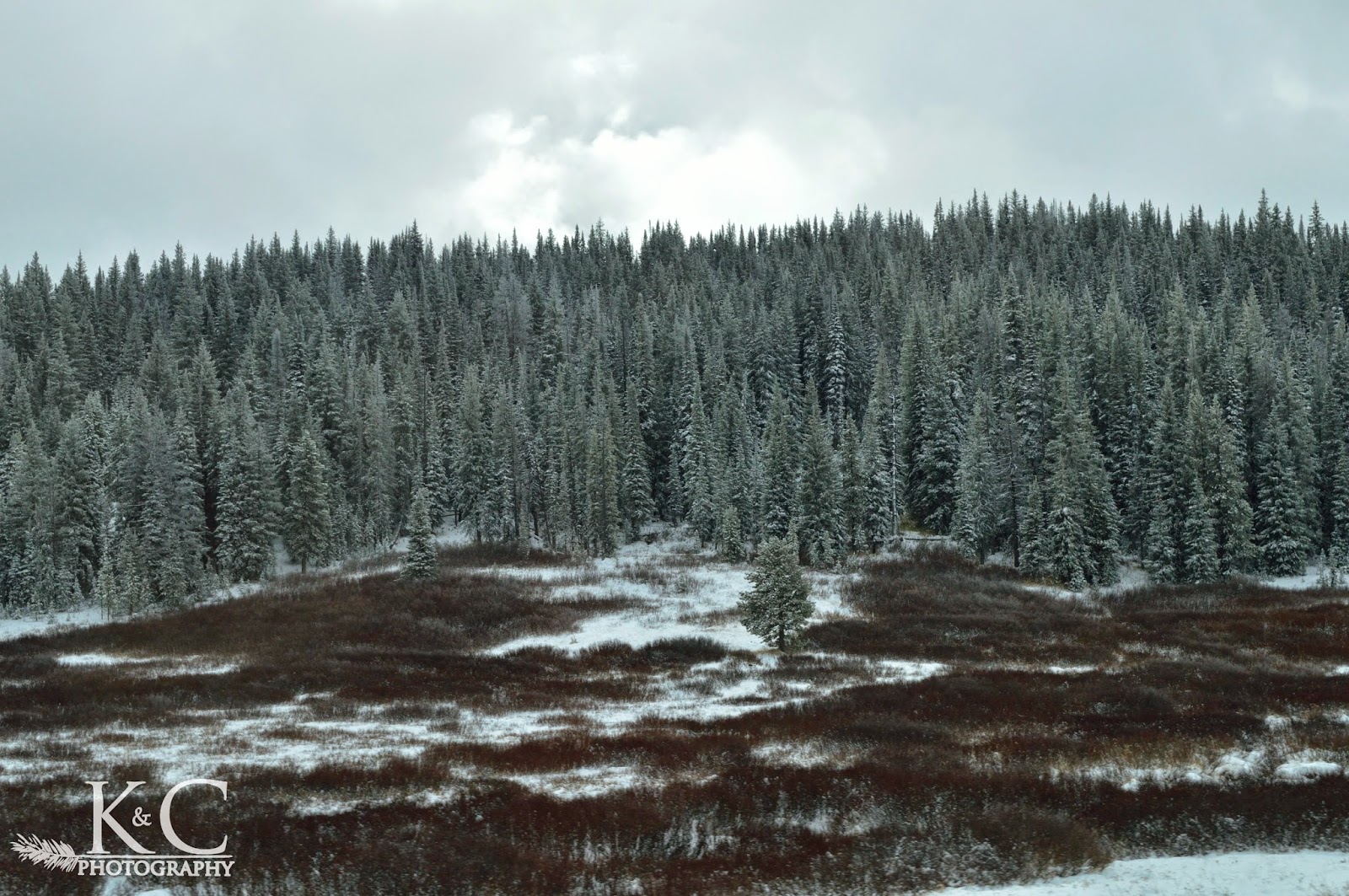 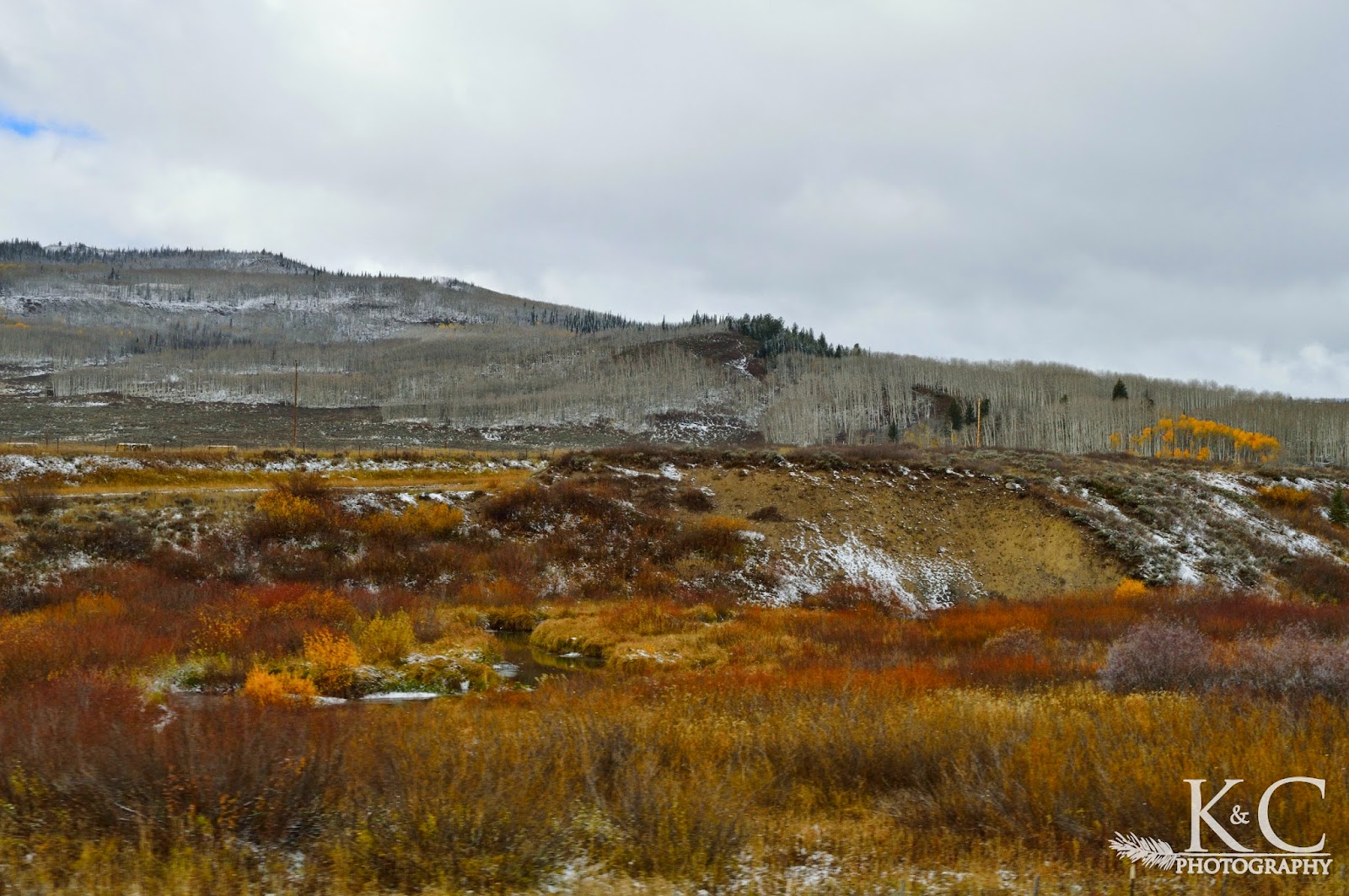 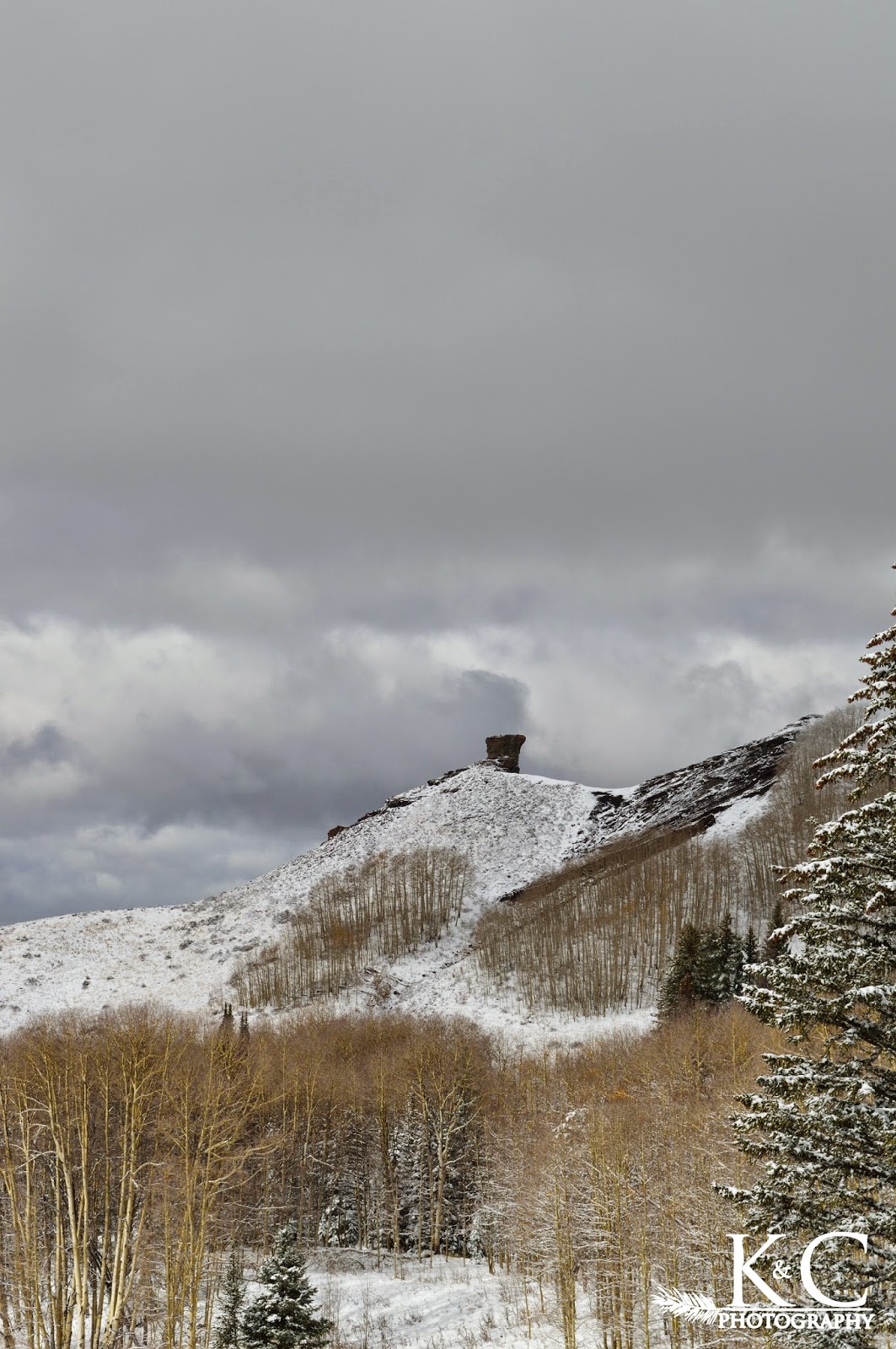 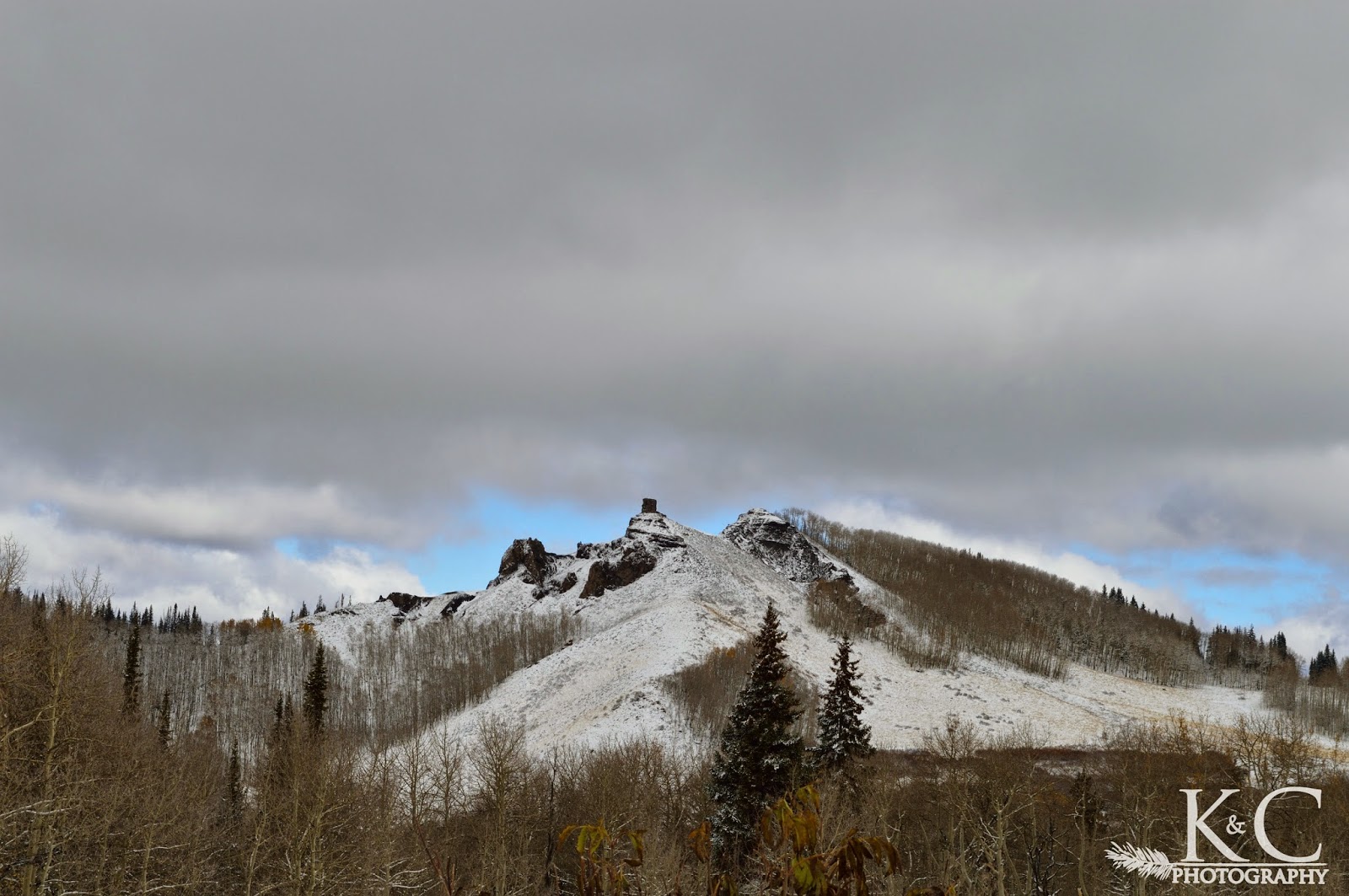 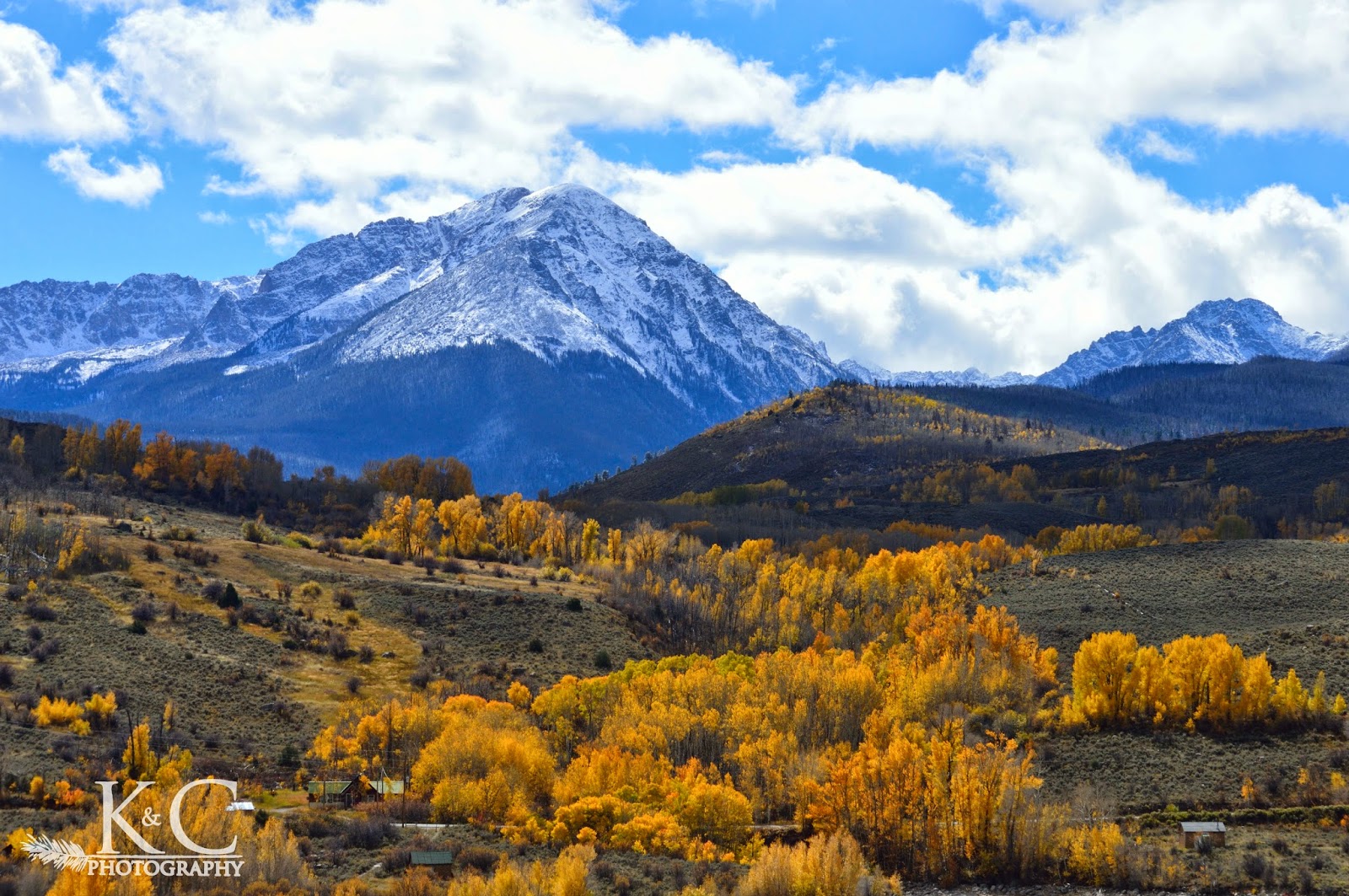 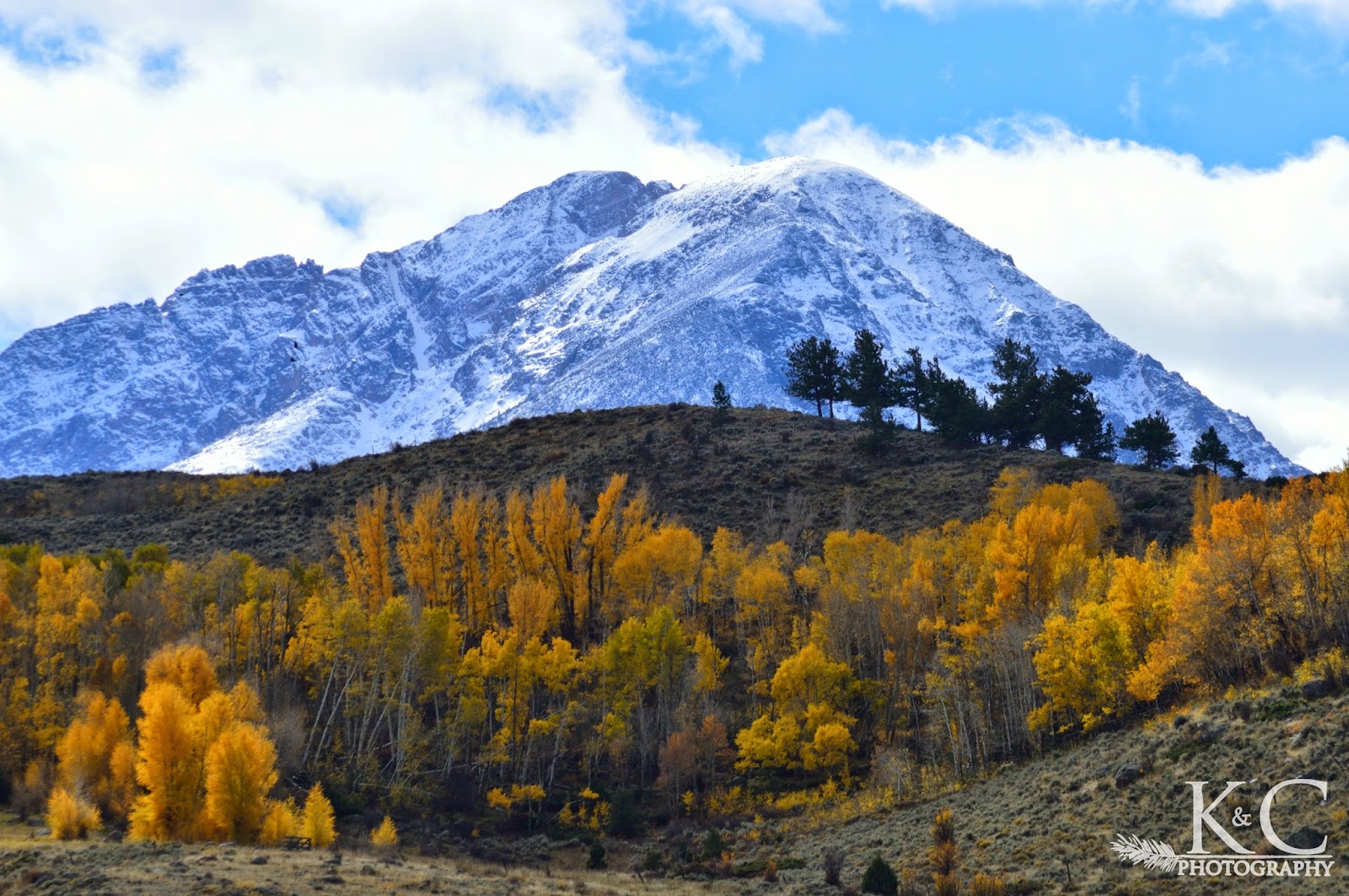 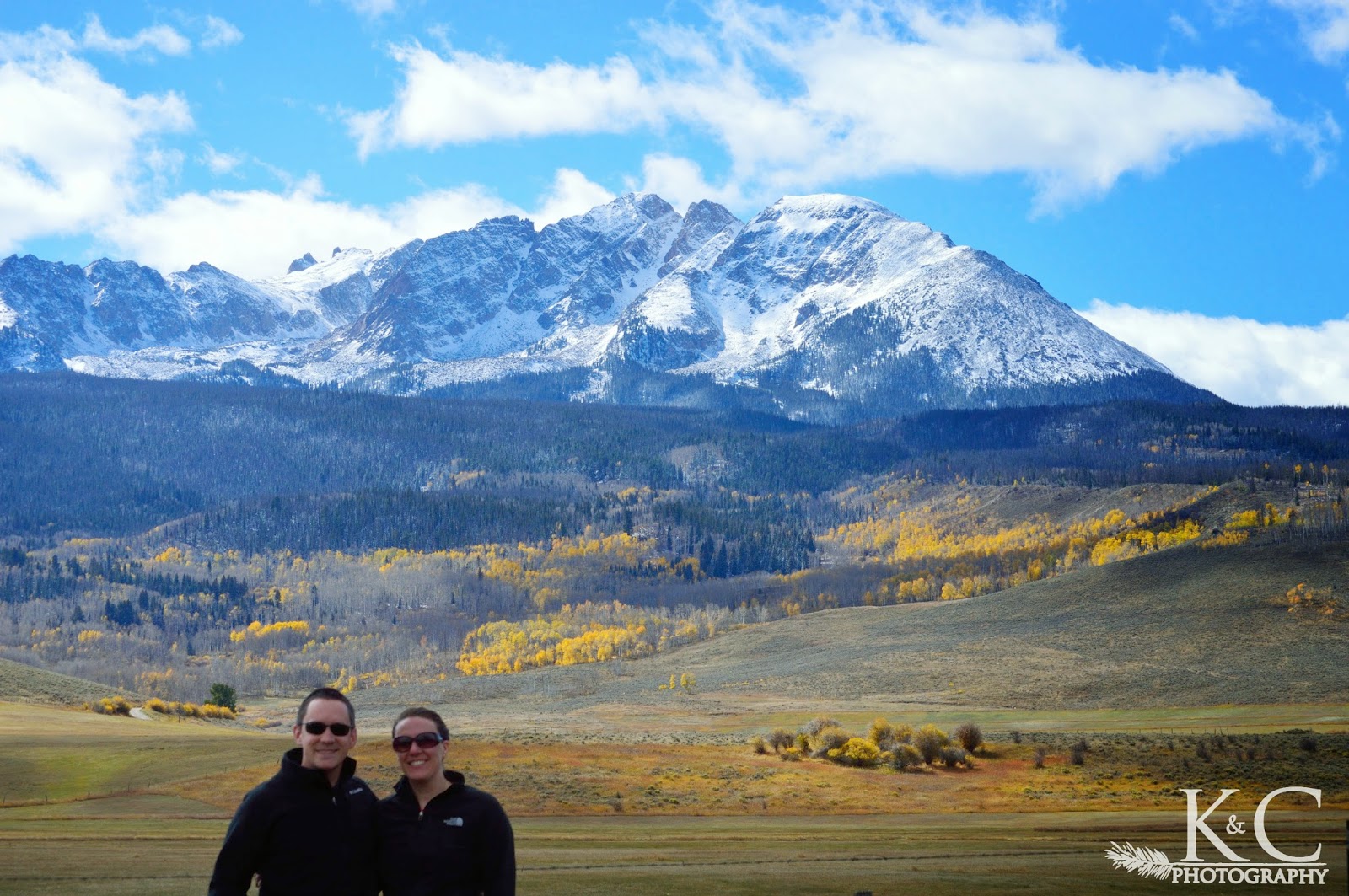