Rifle Falls is one of Colorado’s State Parks. Though there’s something neat about each of the state parks, this one had been near the top of our list for awhile. The lure of waterfalls, lush vegetation, and caves was enough to entice us to visit.

There is camping directly in the state park so we took the trailer and set up shop for the weekend. What wasn’t entirely clear was that the facilities only consisted of pit toilets and we had expected more, considering our trailer was winterized and we didn’t have the internal plumbing going. So, that was unexpected but all still manageable. Although we may have softened up a bit in our expectations of “roughing it” when out with the trailer, we’re no strangers to making do! 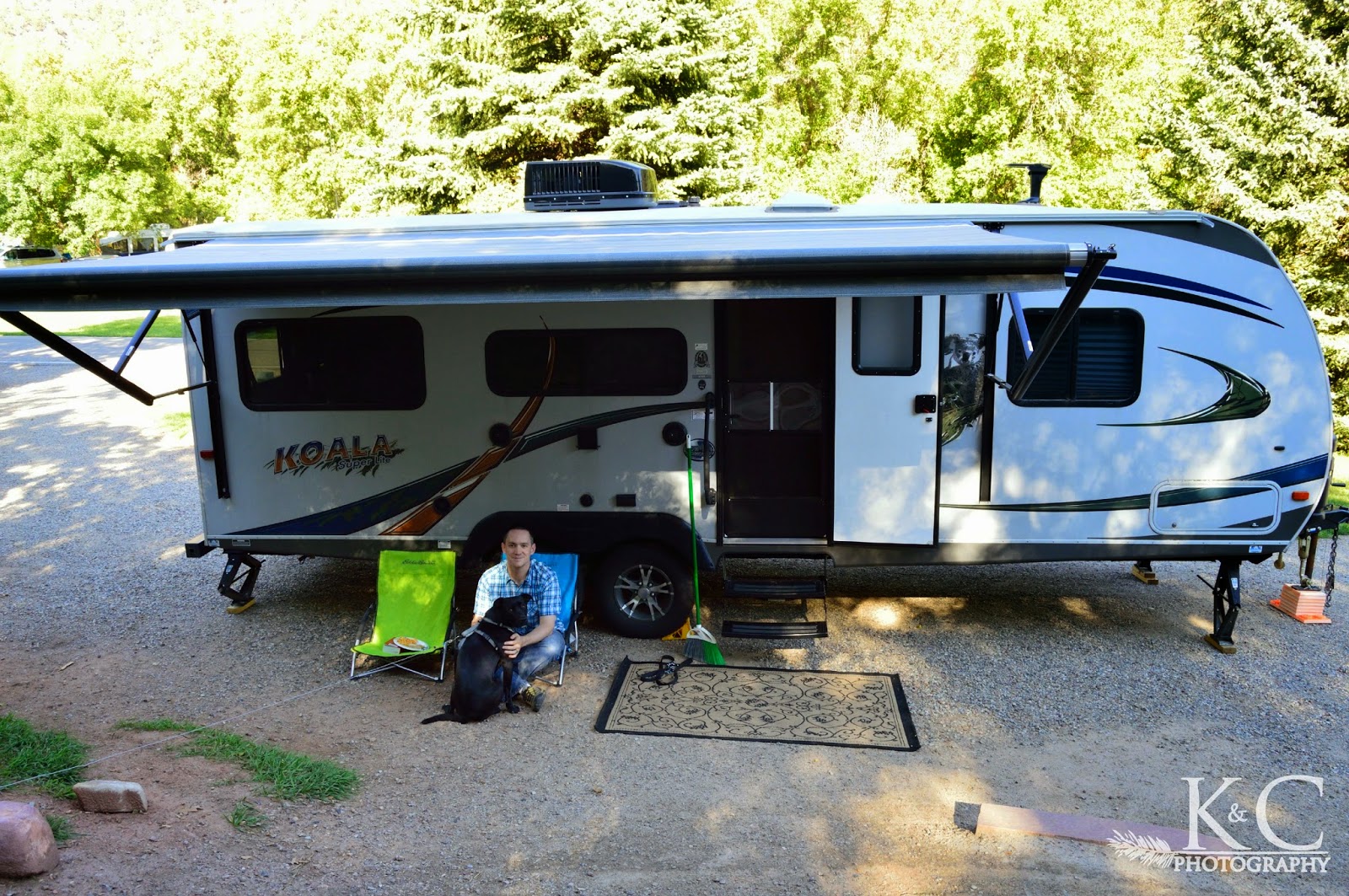 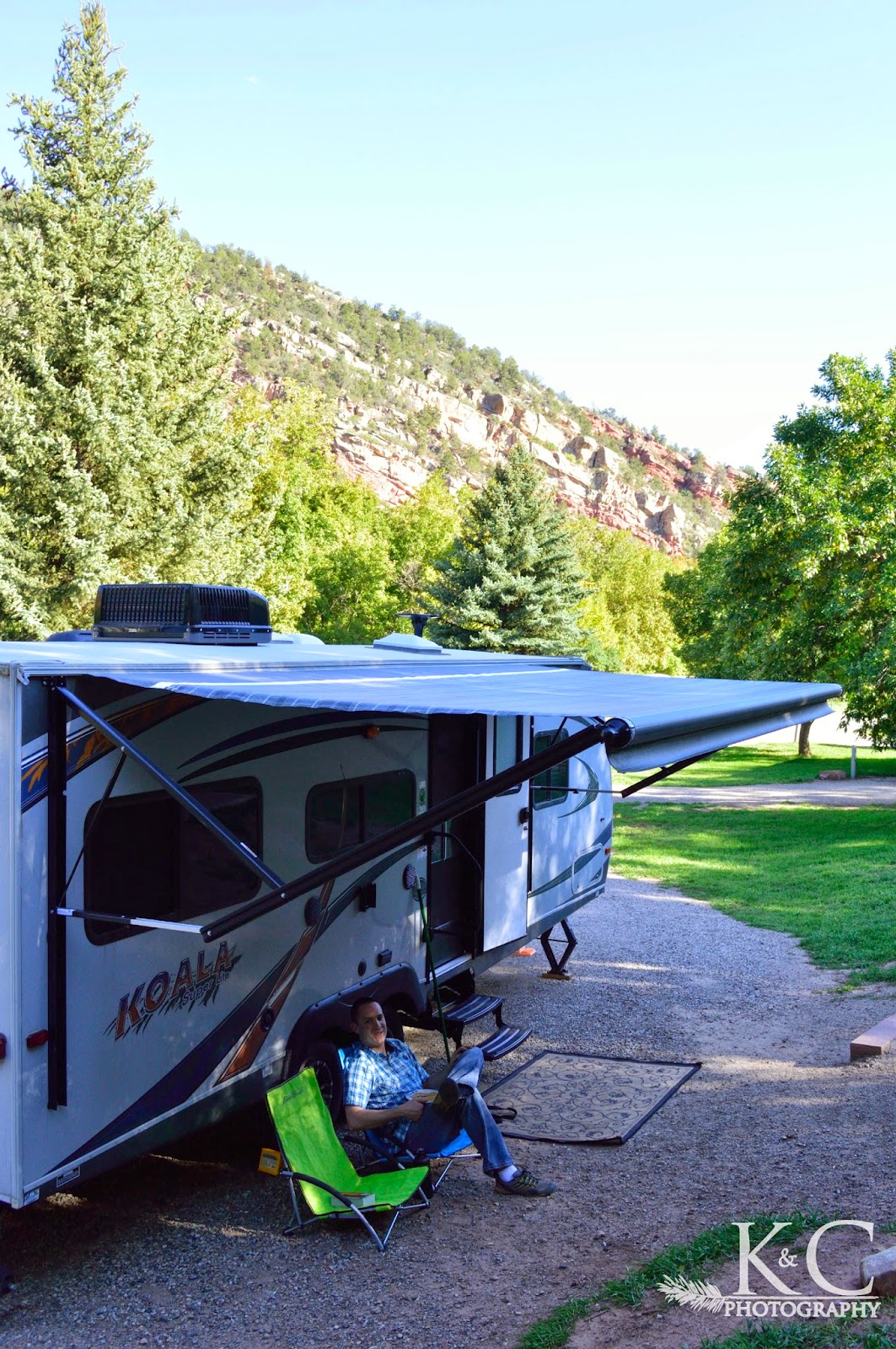 Being so far removed from any cities, the state park lets you see amazing night skies. There are more stars visible here than you’d get anywhere other than in the country. The Milky Way was incredibly bright and you can spend hours just laying out soaking it in and counting shooting stars like we did.

Rifle Falls State Park itself is not all that big, but the main attraction, the falls themselves, consist of 3 cascades, about 70 feet tall each. This is the crown jewel of the park, and they tumble over limestone cliffs, down into the pool below, the water flowing on through the park in a meandering river. The water spray from the falls sustains a bunch of vegetation all around the falls, up and along the cliff face. It’s especially neat because this is a pretty unique ecosystem in the area comparatively. 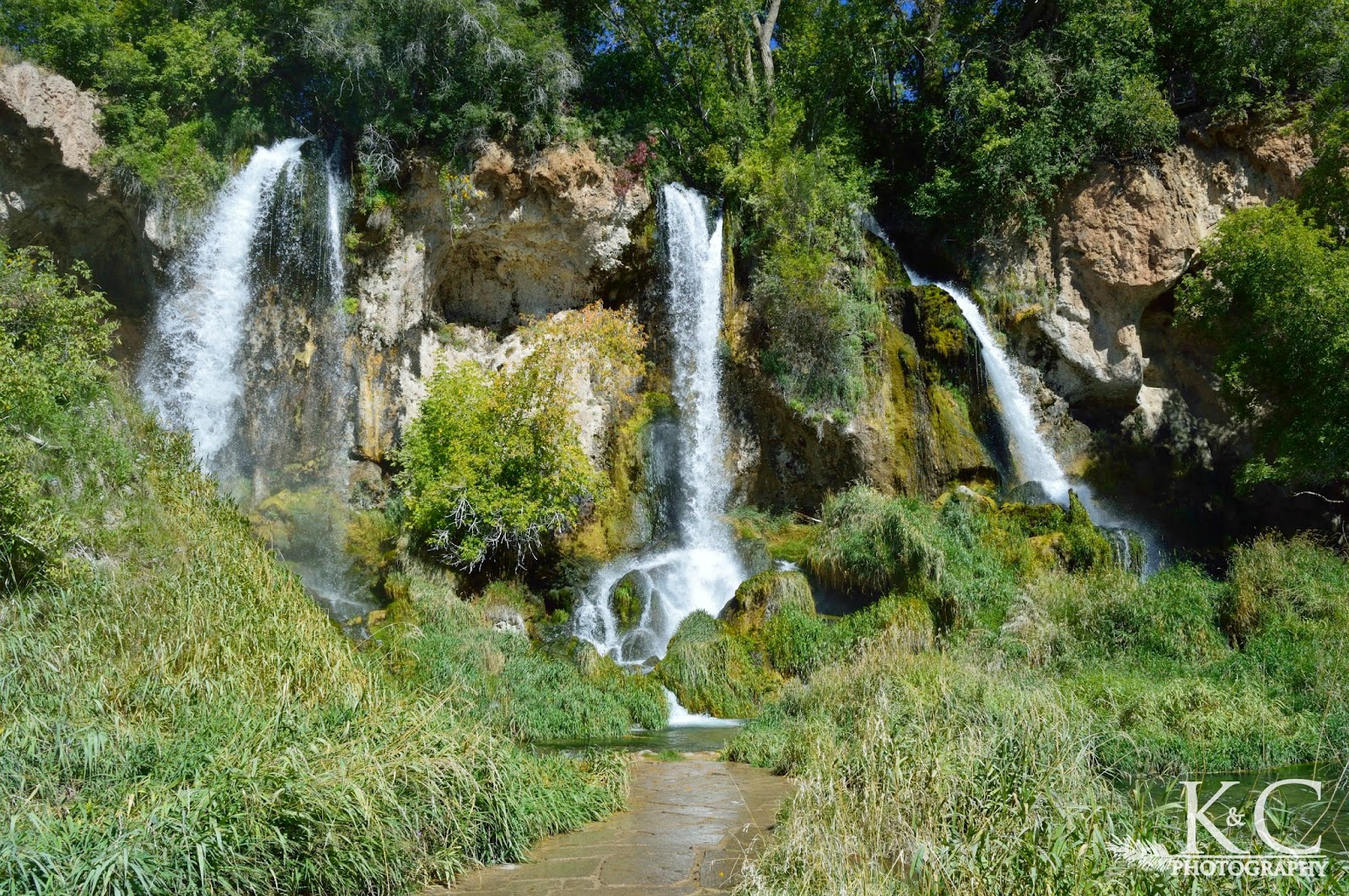 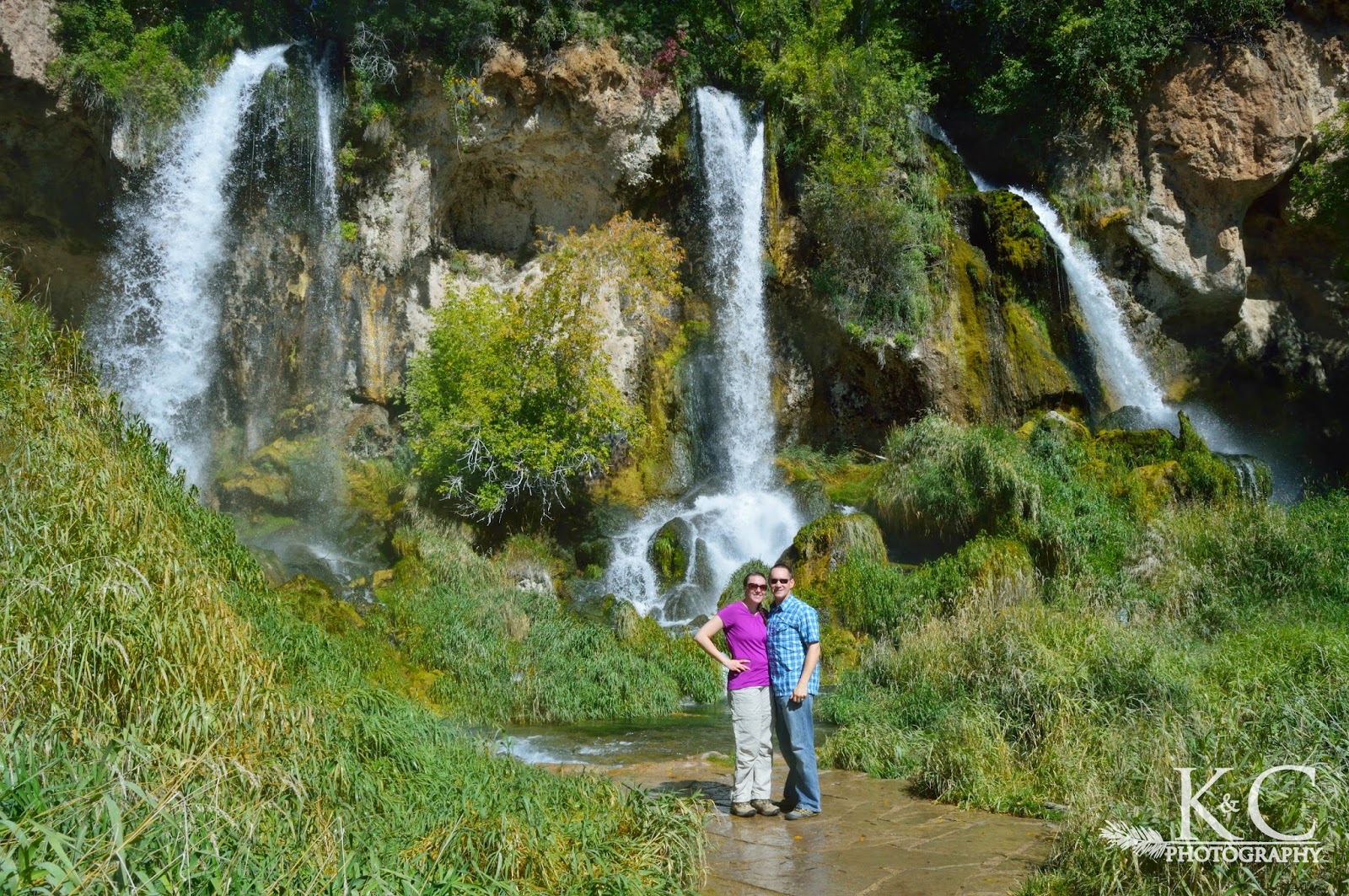 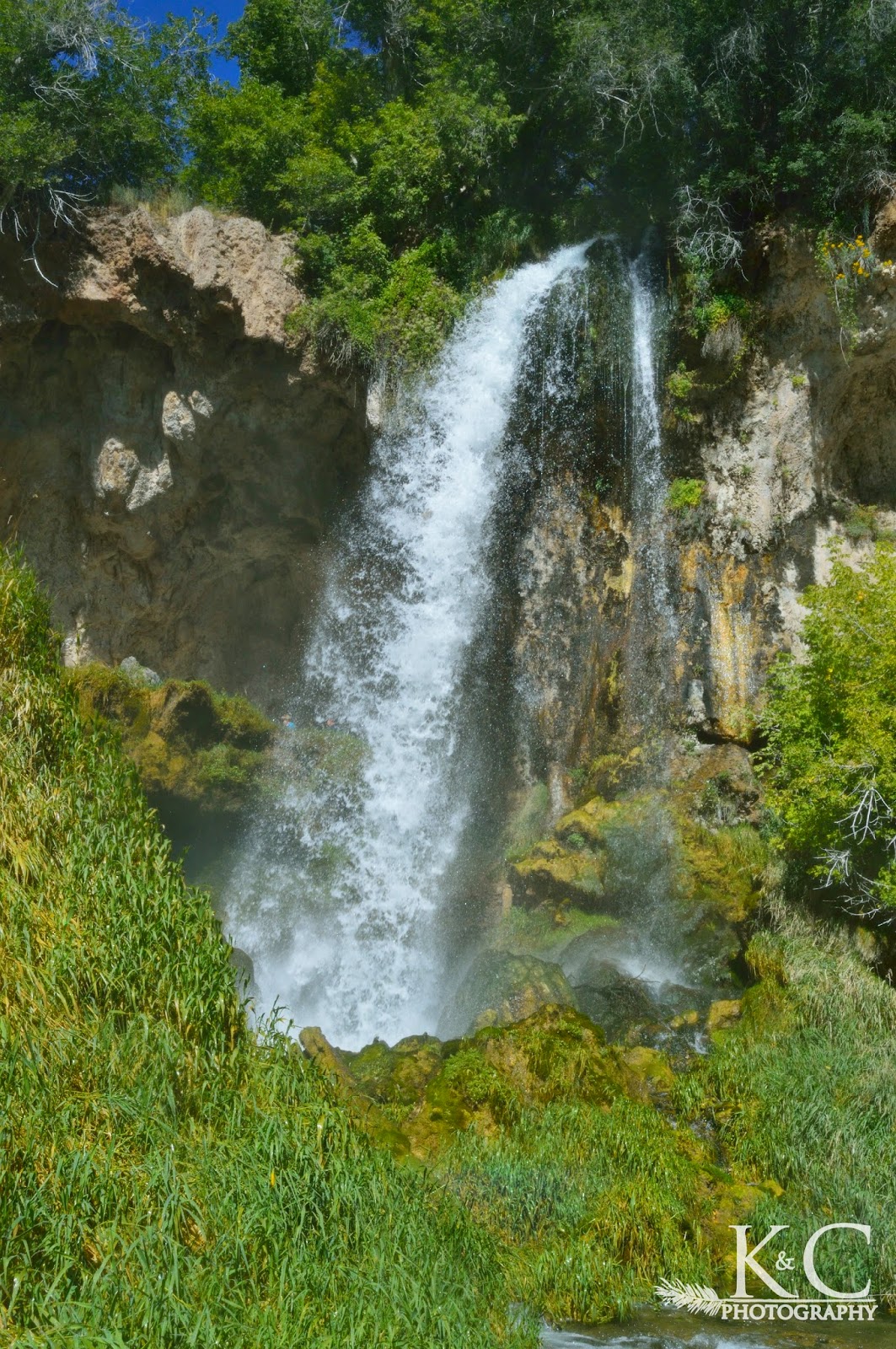 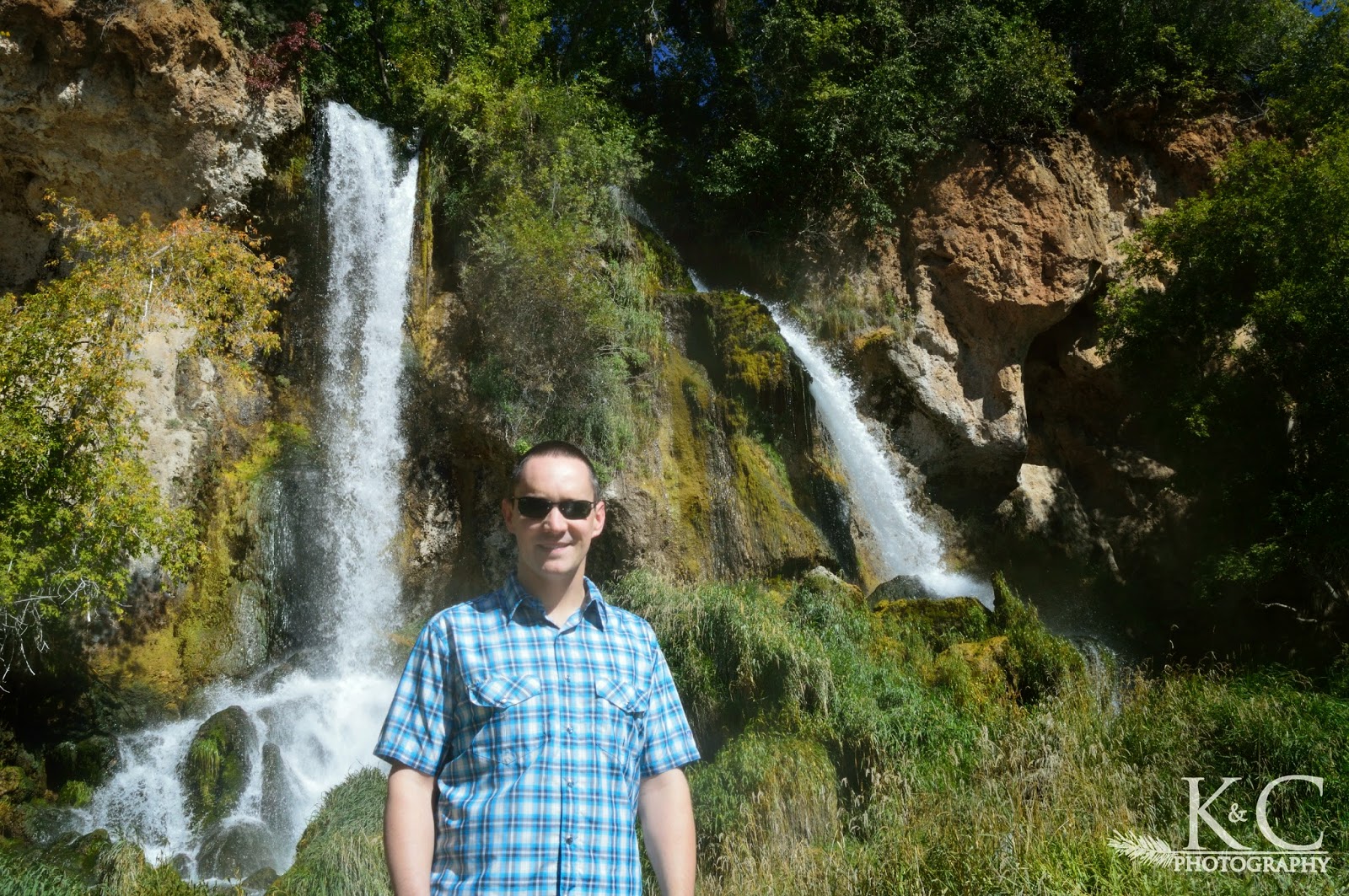 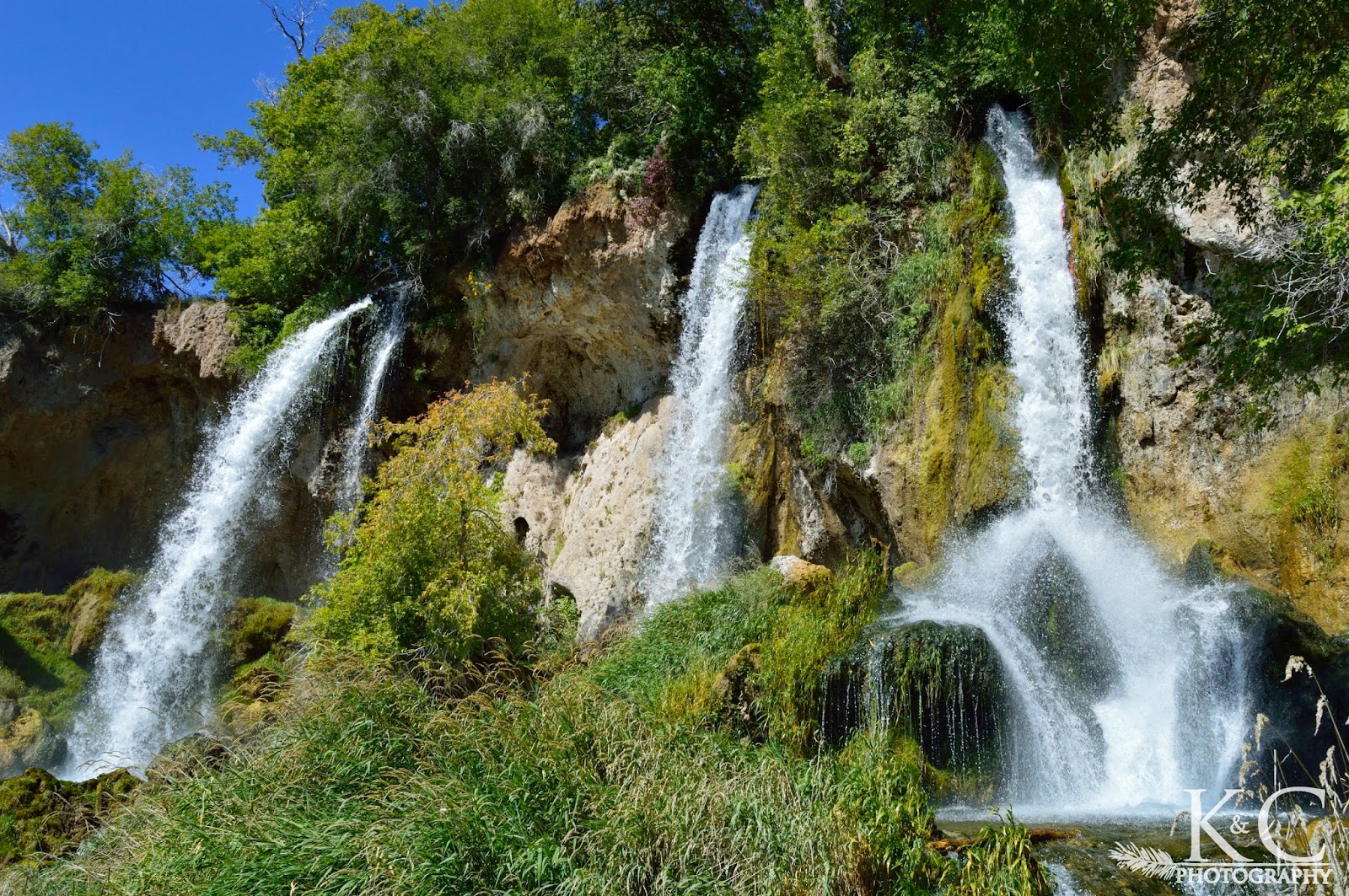 From the falls, a hiking trail (Coyote Trail) climbs the hillside to a large ledge that lets you walk next to and behind the far left cascade. It’s a spectacular view from this side angle, and even better if you walk behind into the shelter cave and look out through the water. 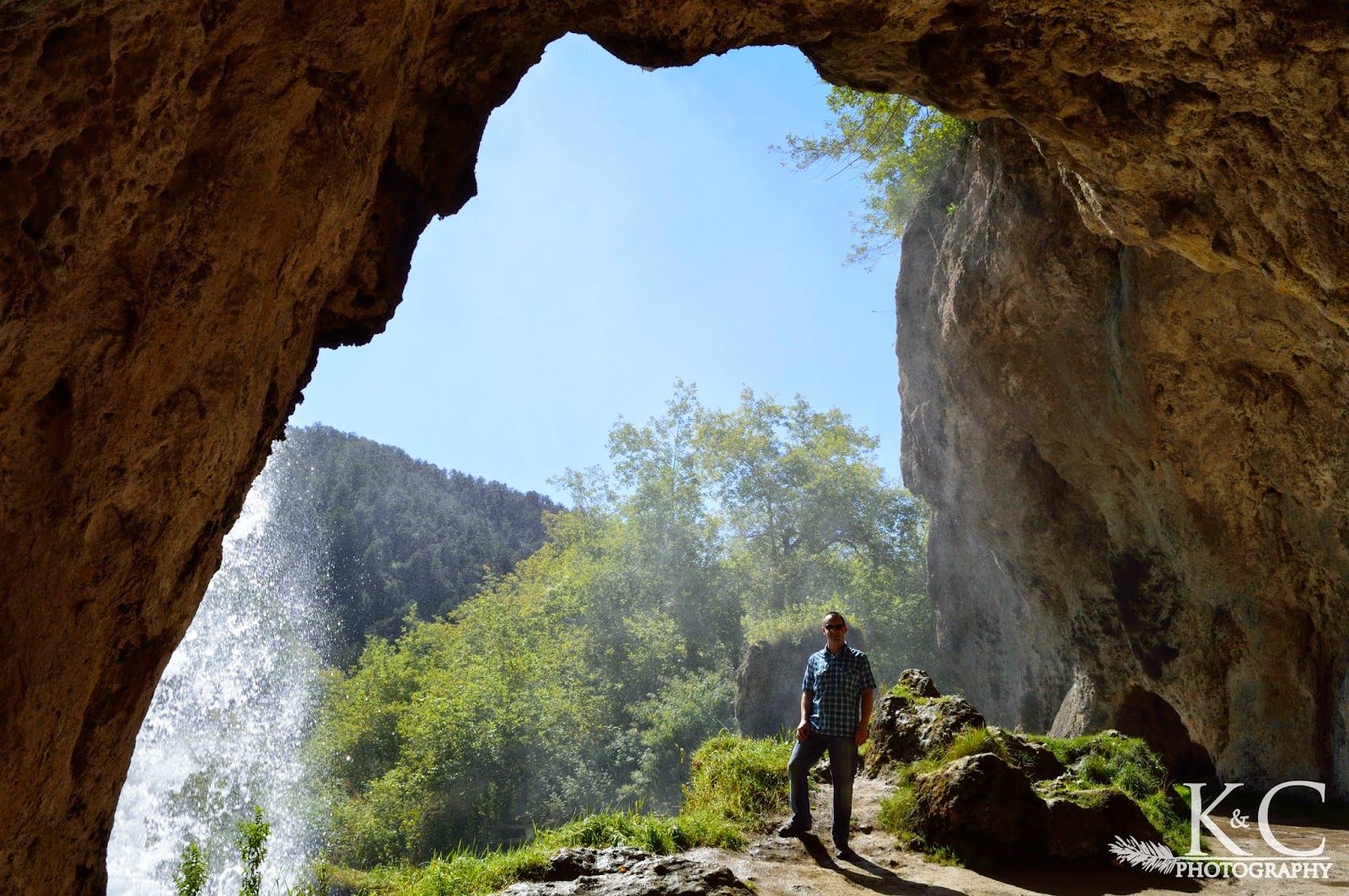 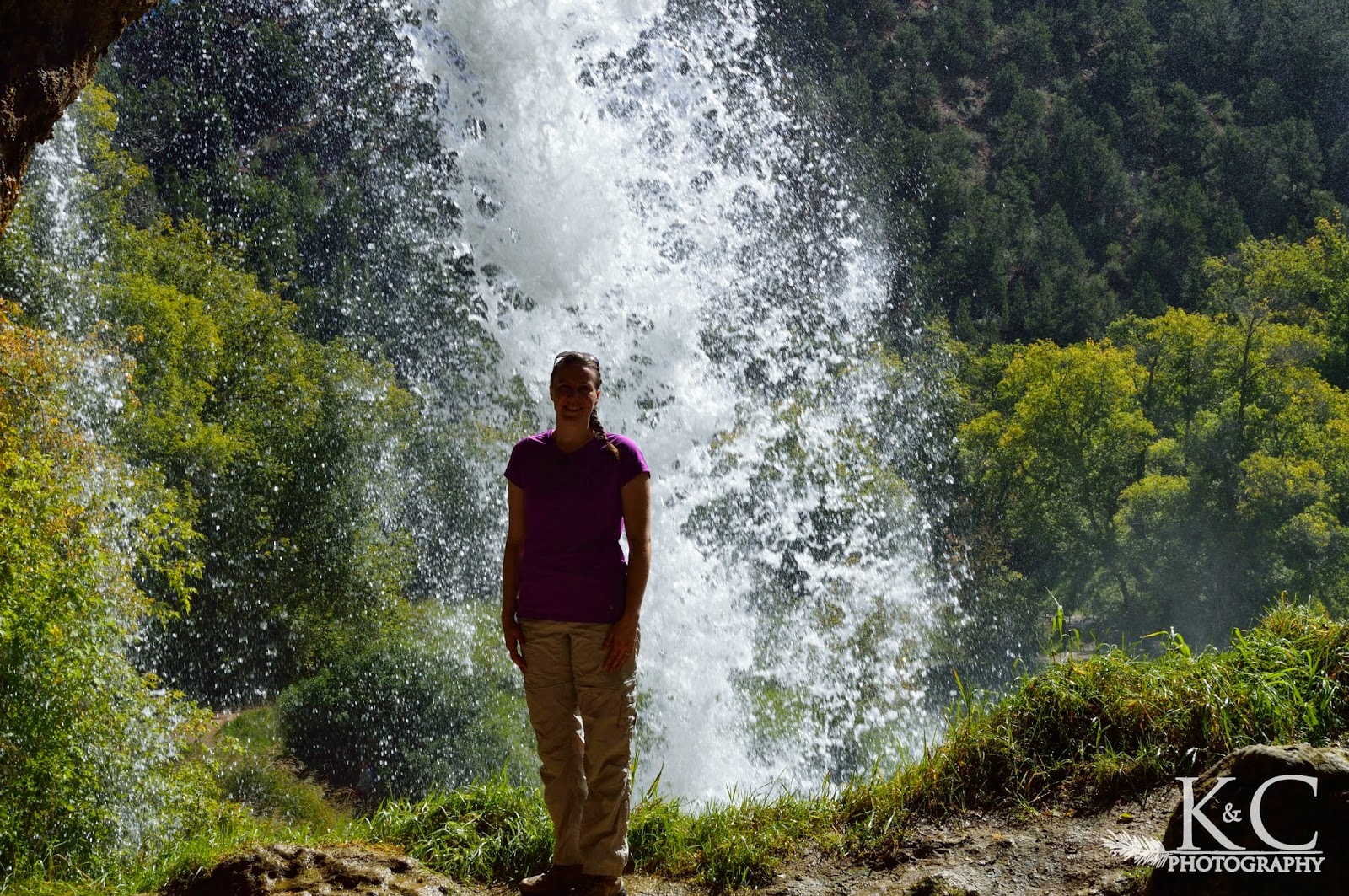 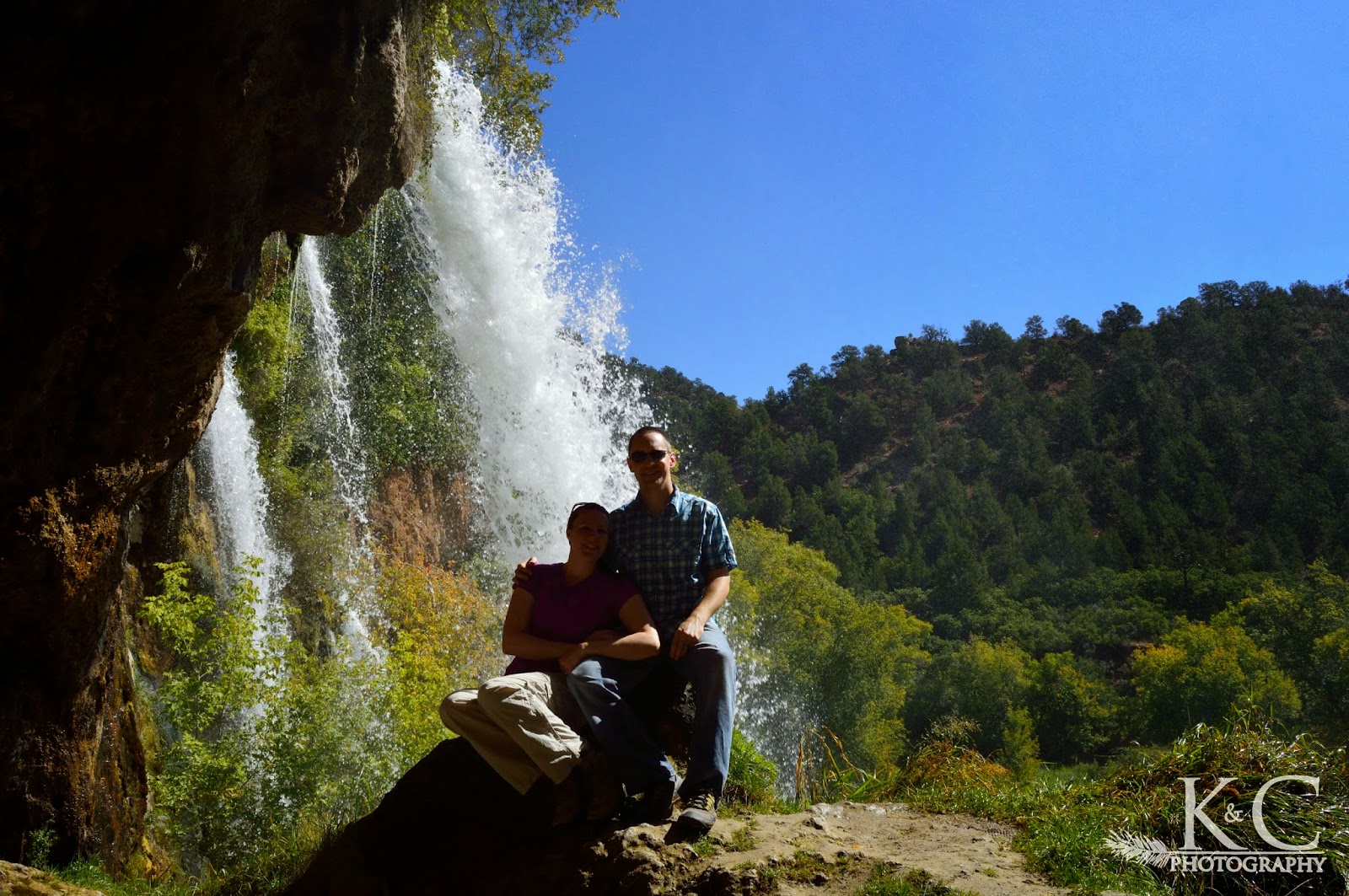 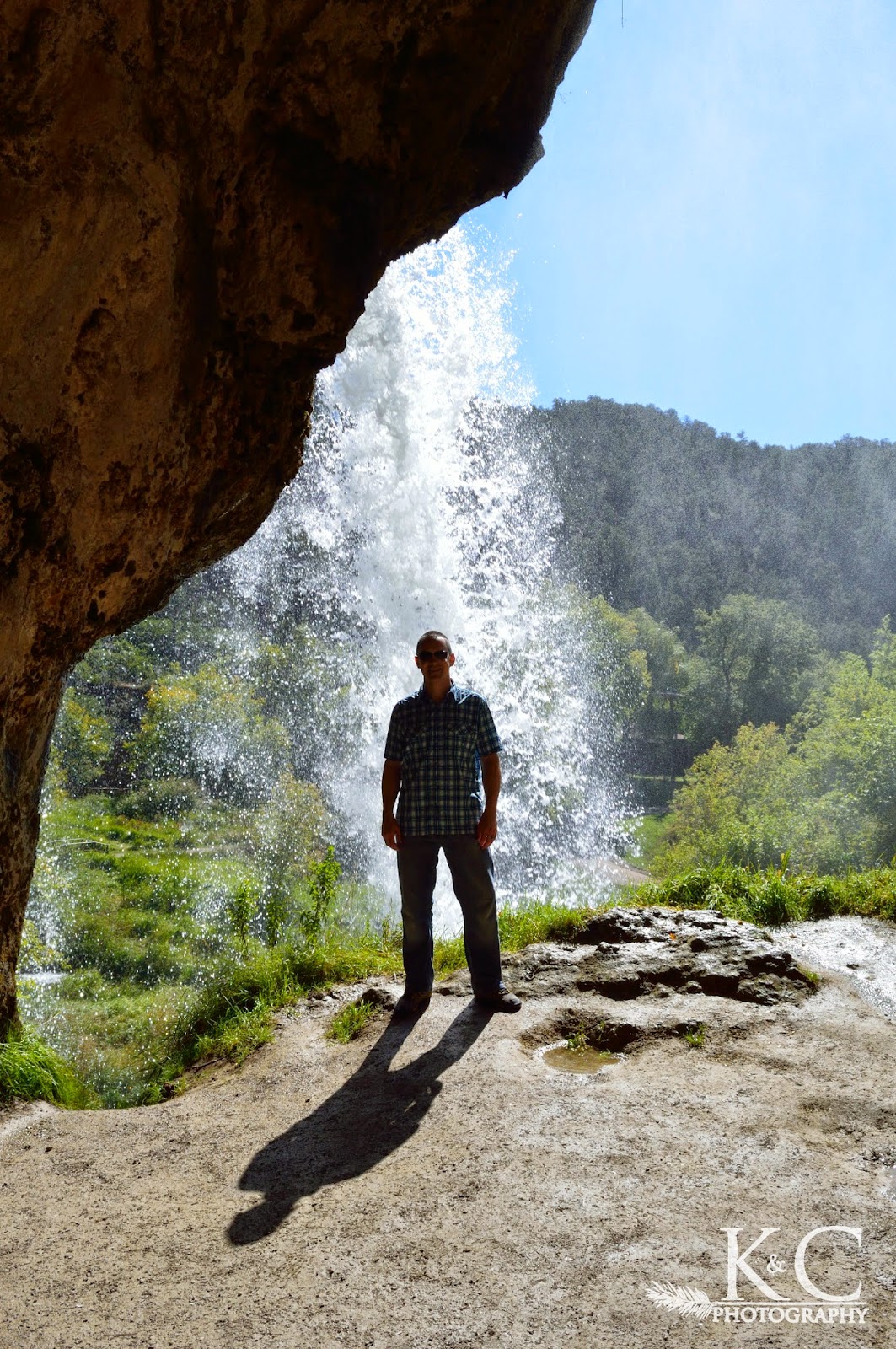 From there the trail continues along the limestone cliffs where there are plenty of little cave entrances and other nooks and crannies to explore. Reaching the top of the cliff, there are several overlooks to the side and above each of the cascades. The trail then continues back down the other side meeting back up with the far right cascade. 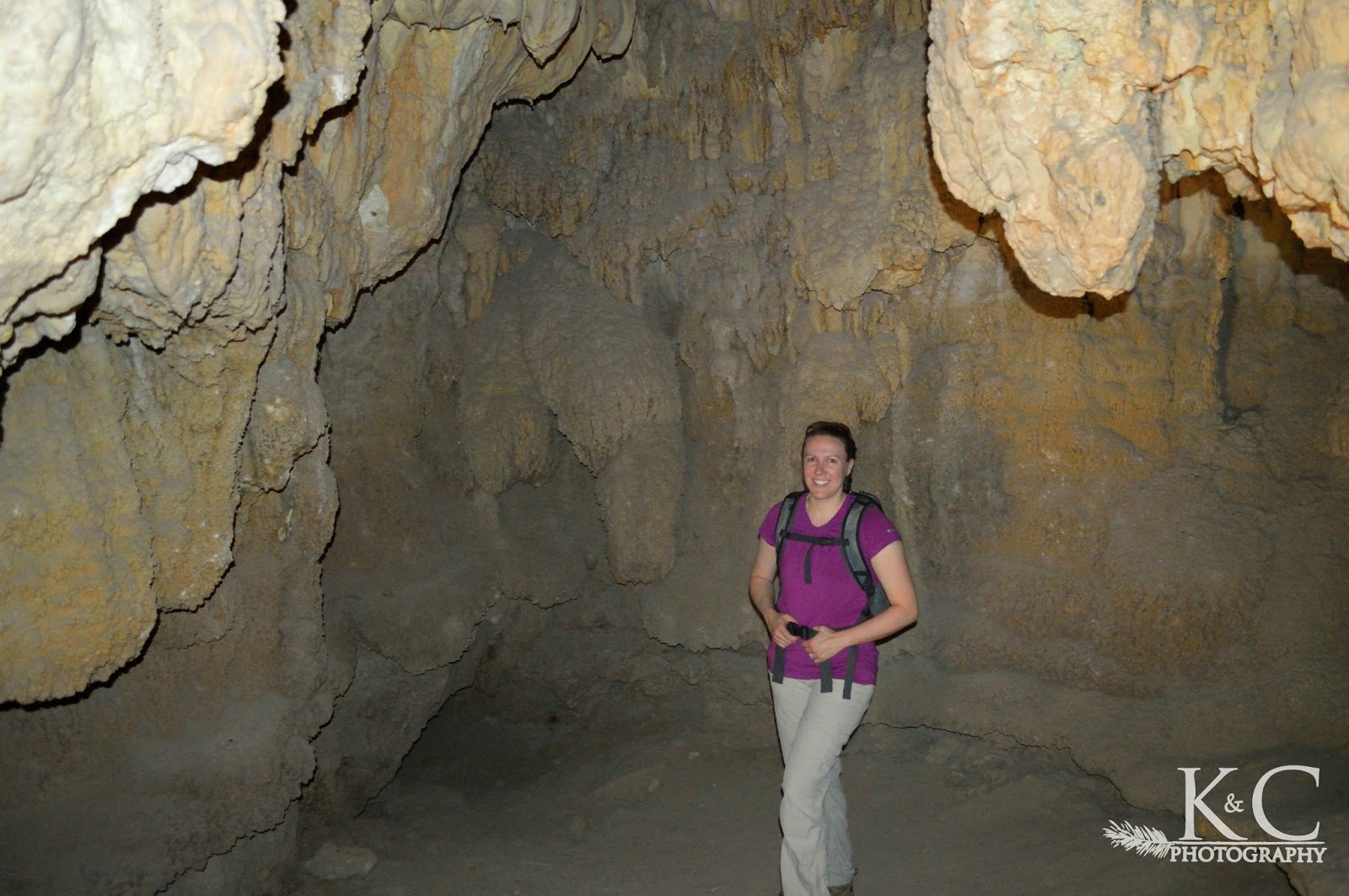 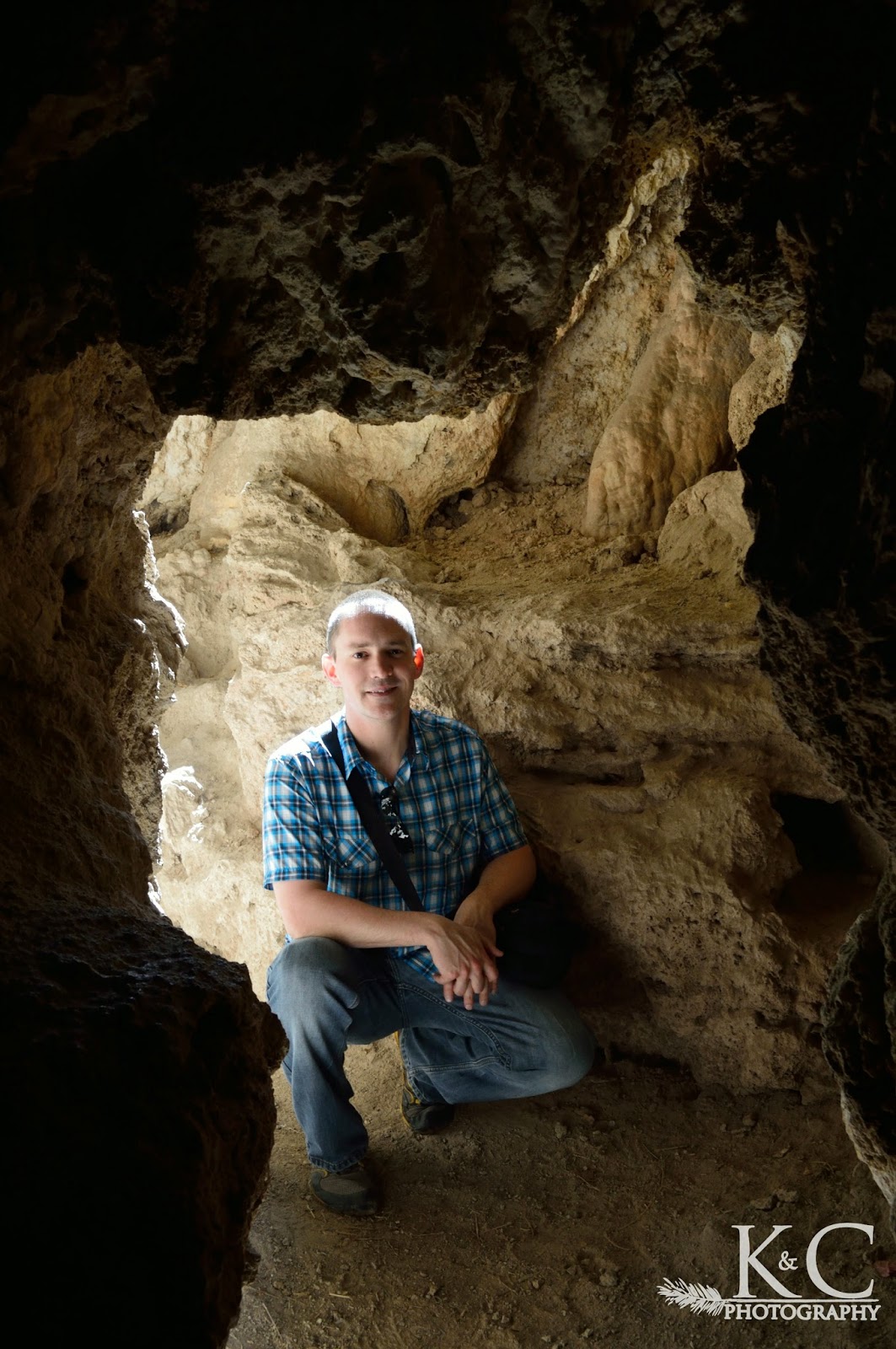 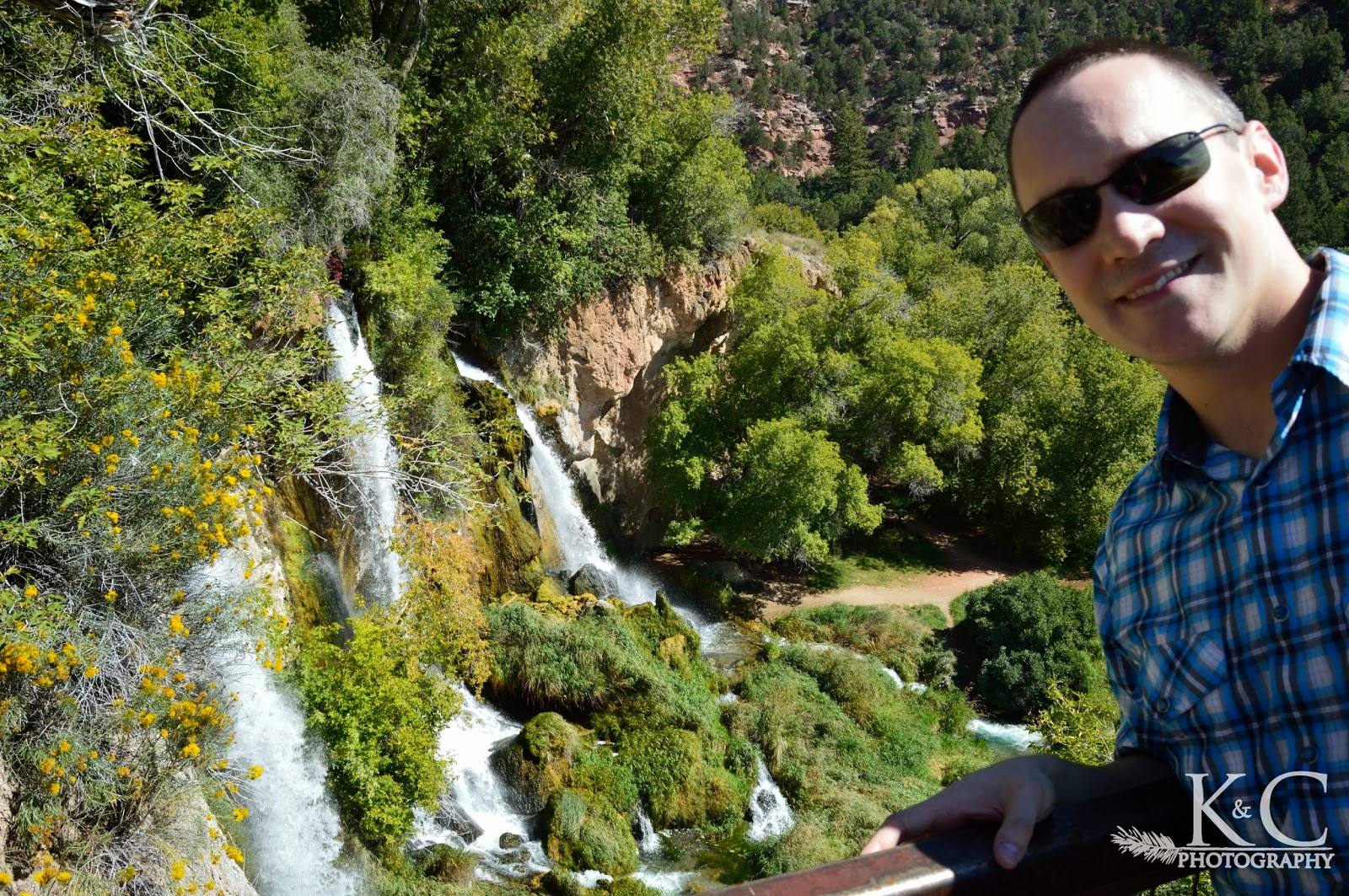 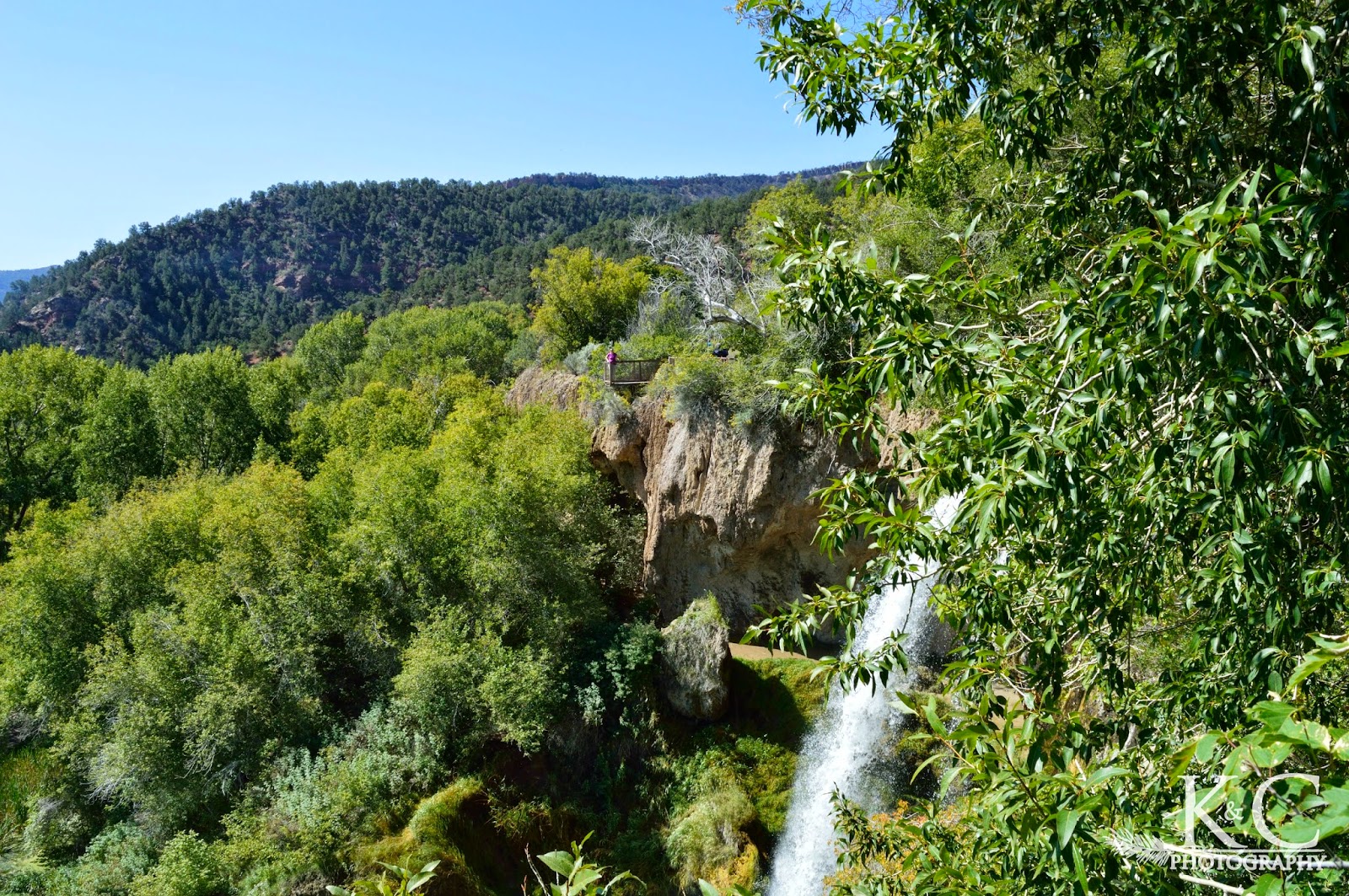 Though not as interesting, there is another trail, the Squirrel Trail, that goes along the canal and up through the tent sites to complete the loop back to the entrance. The vegetation growing in the canal is bright green and looked so soft waving in the current. 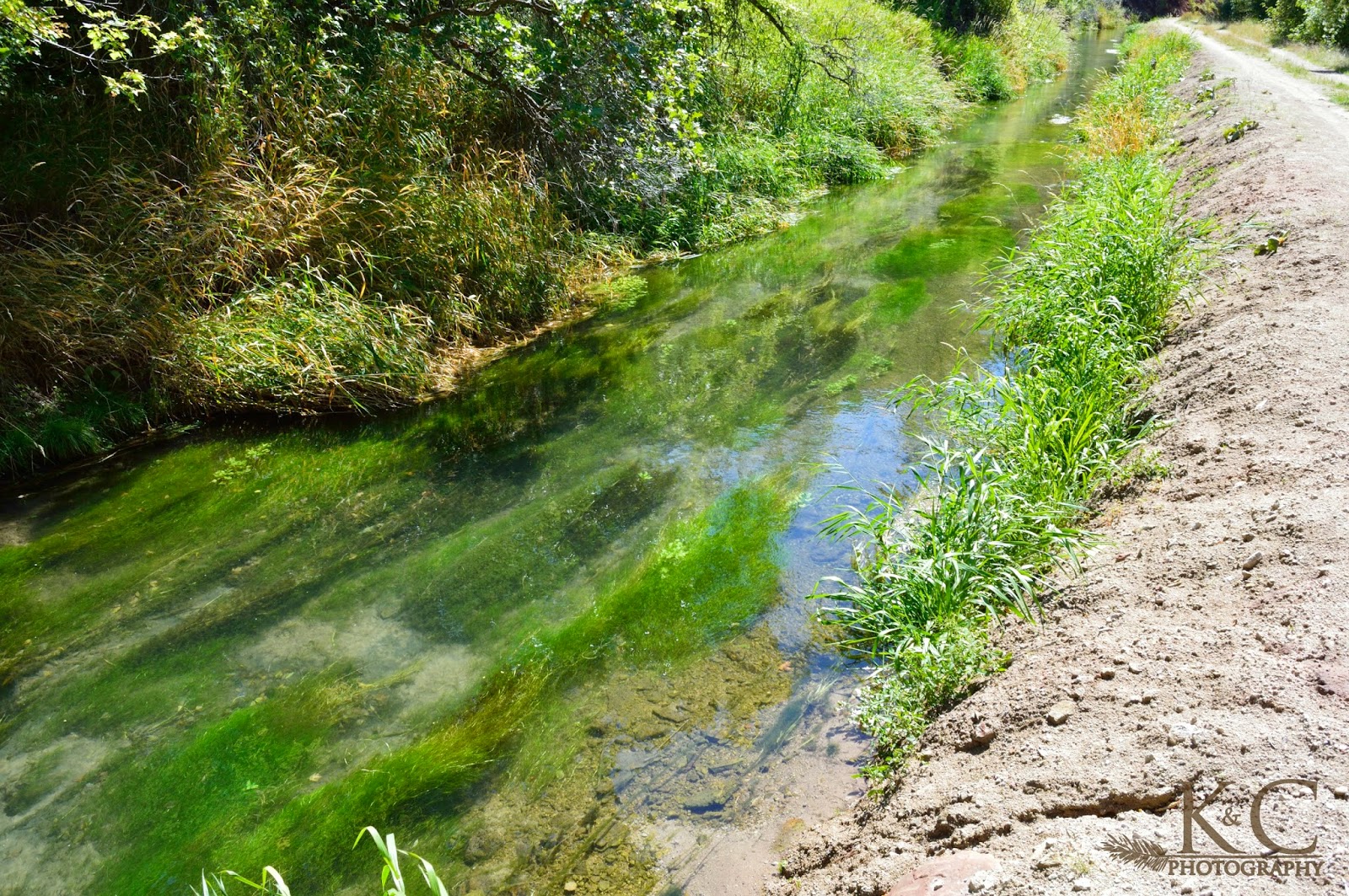 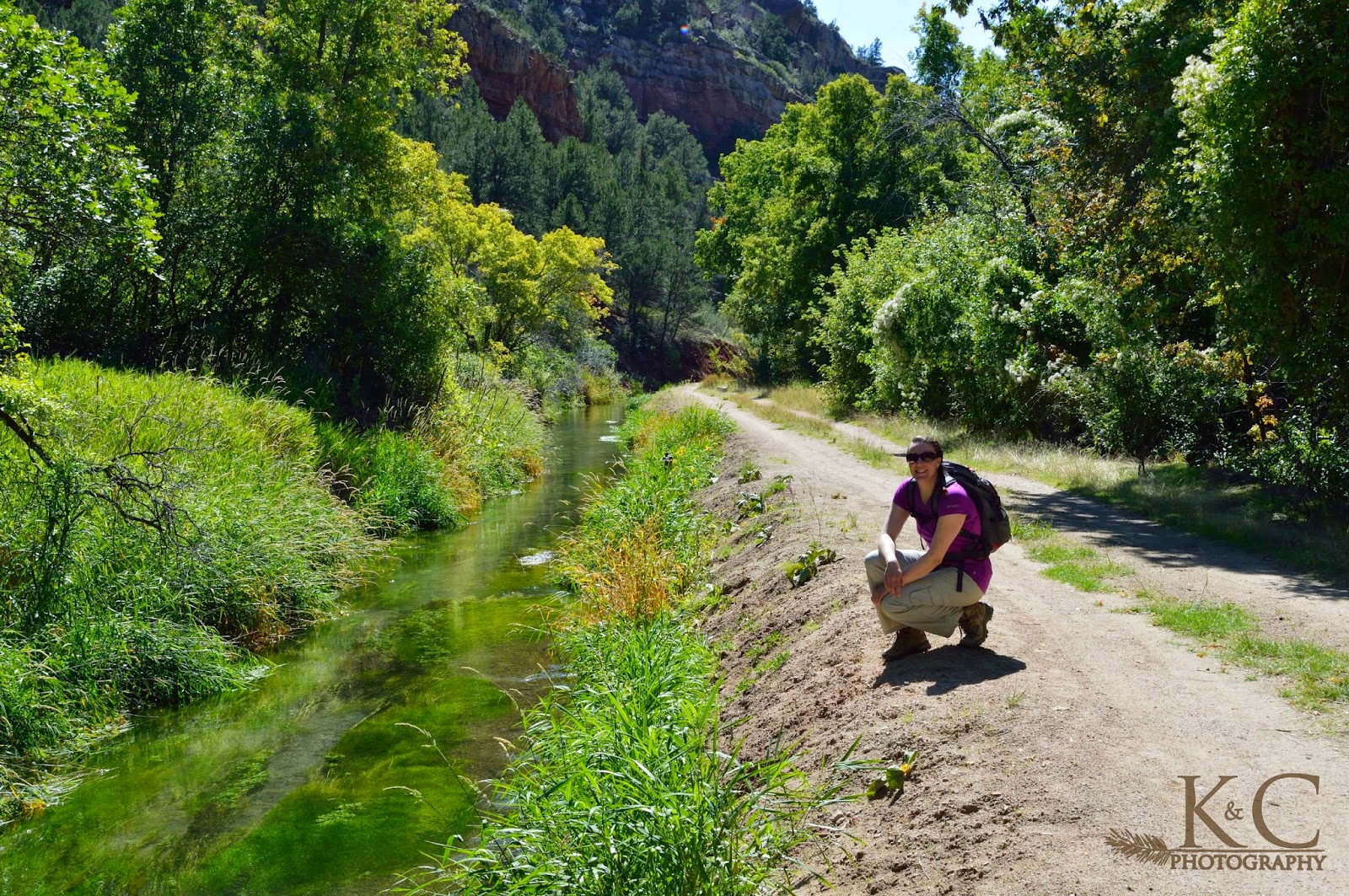 There didn’t seem to be much going on in the nearby town of Rifle, but we drove to it nonetheless, and saw some neat rock formations along the way. 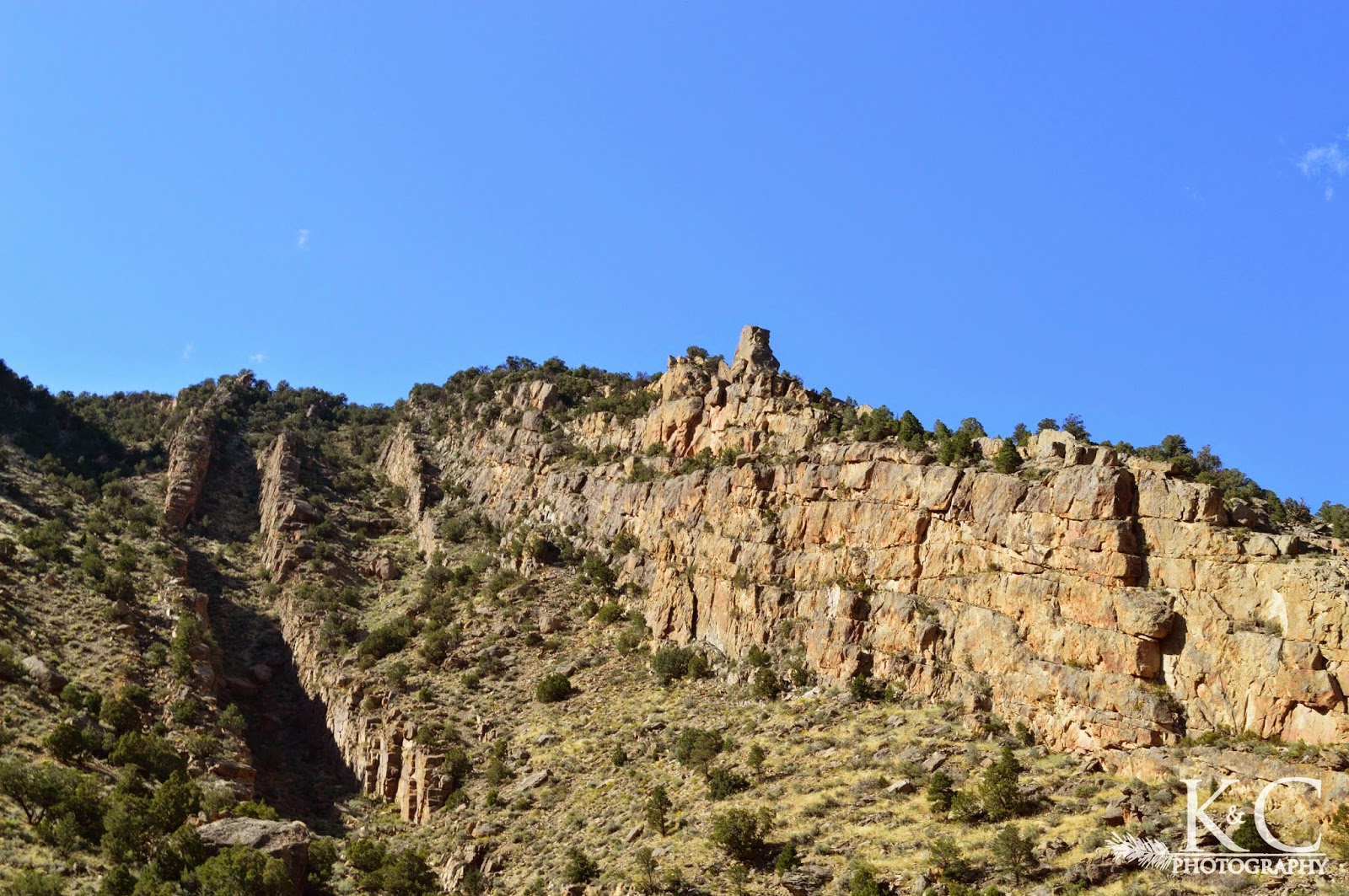 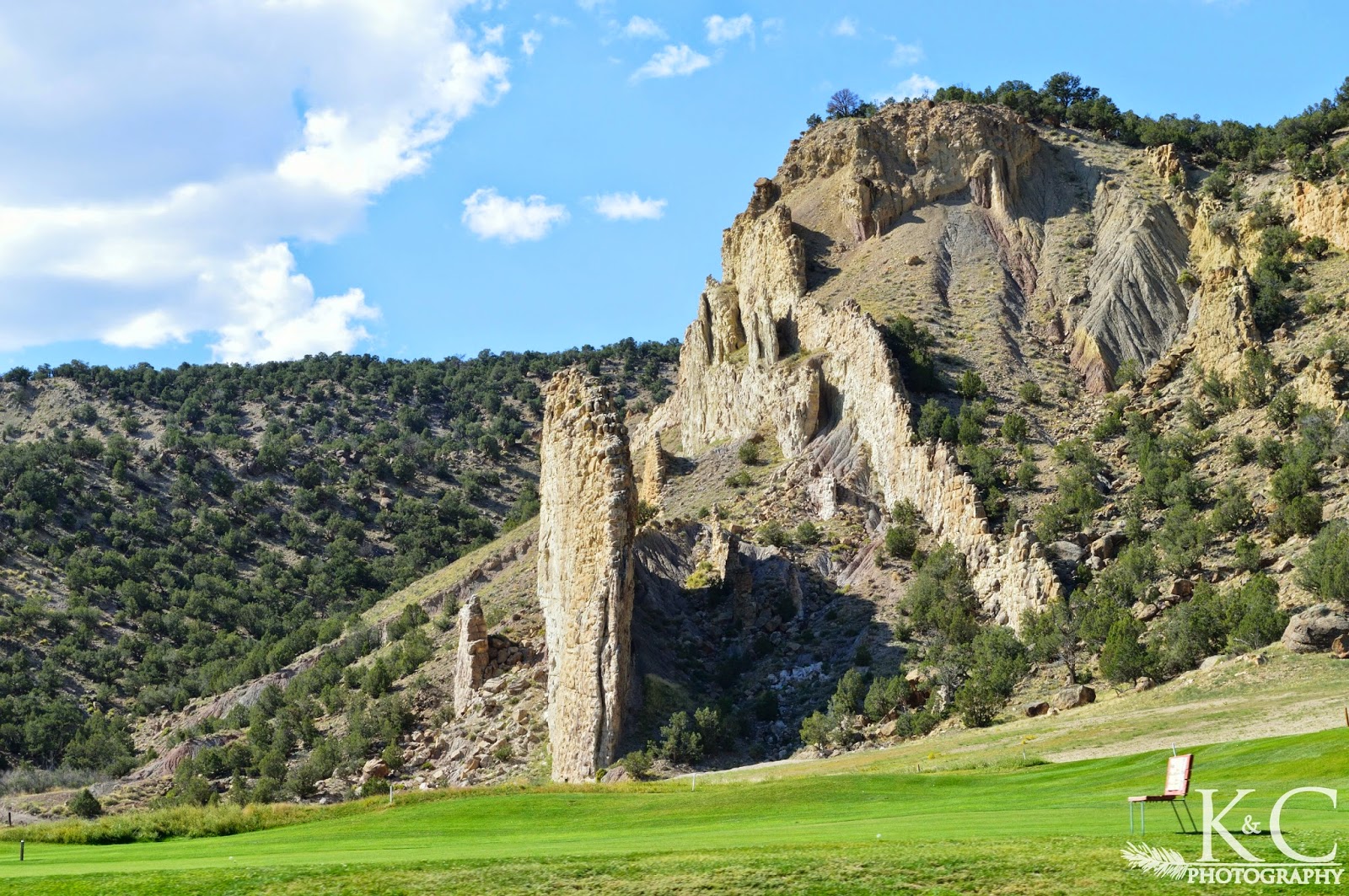 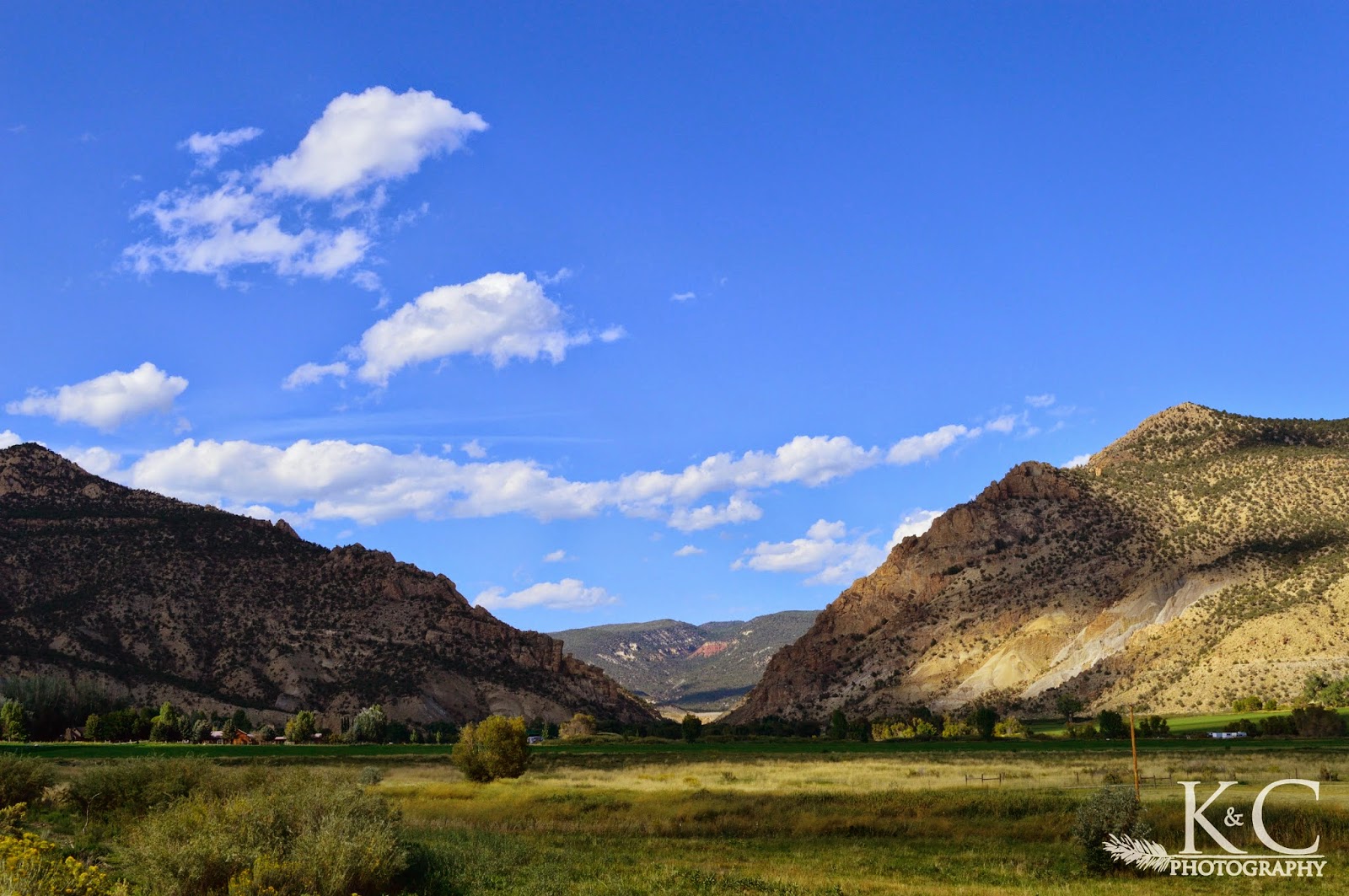 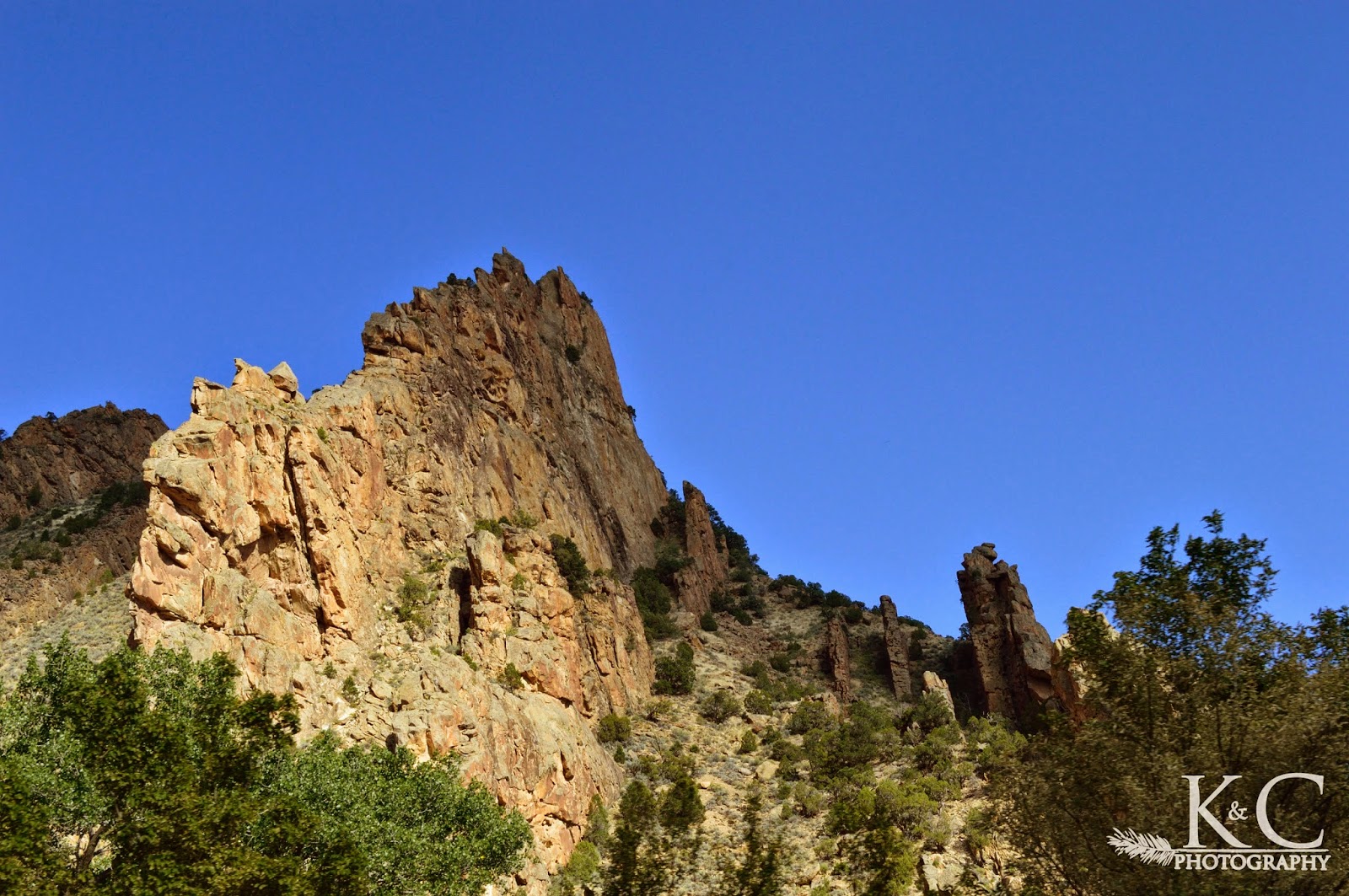 As a bonus, another state park is right next door. Rifle Gap State Park has a 350 acre reservoir. We only briefly toured the park, but then we took Maggie down to the water. She likes creeks, but had never been in a lake before. She scared herself when her feet didn’t touch the bottom upon her first mad dash in, so after that she refused to go further than mid leg. Still, that was enough to excite her to the point of crazily sprinting back and forth along the beach. That was insane! 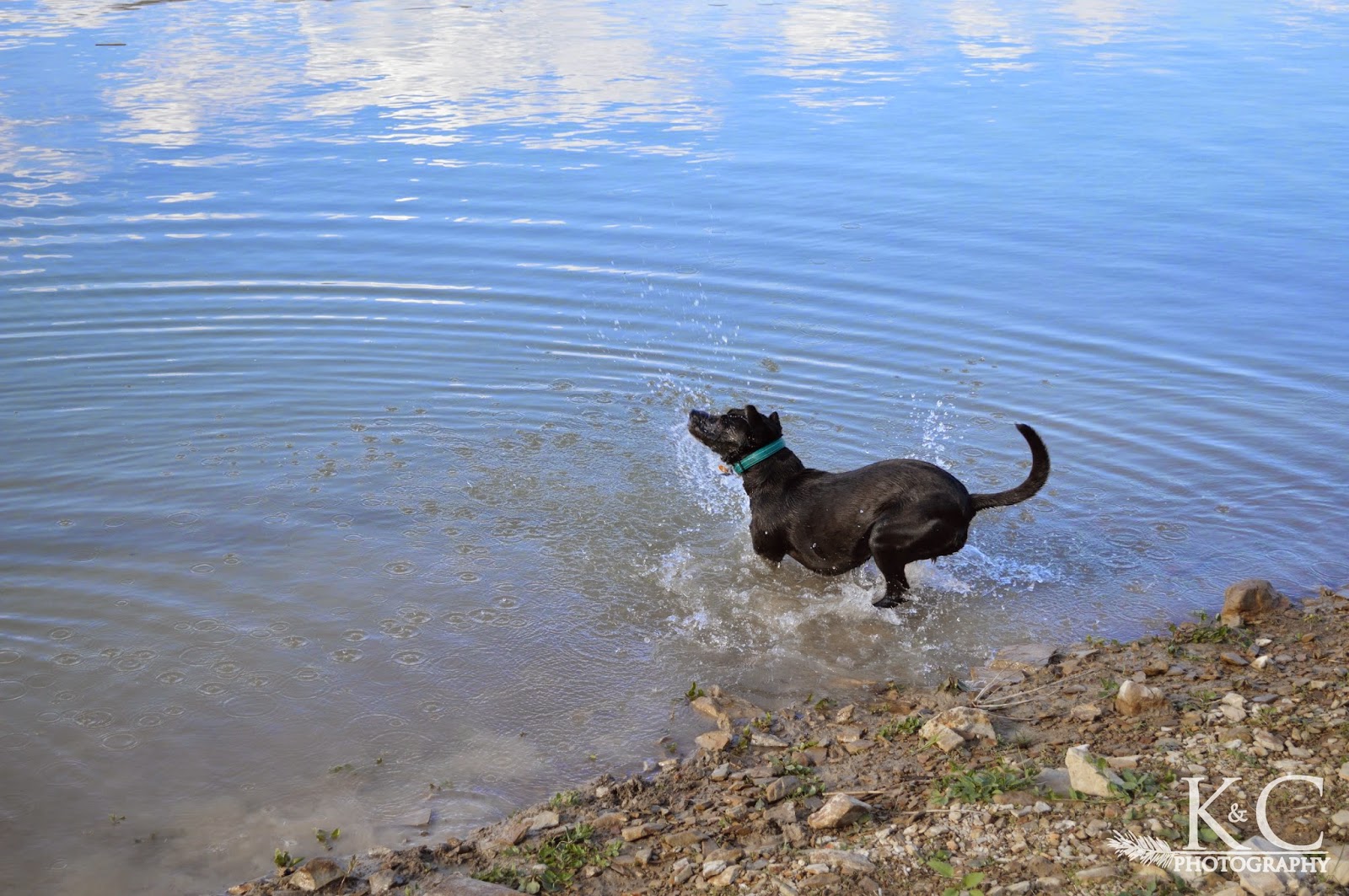 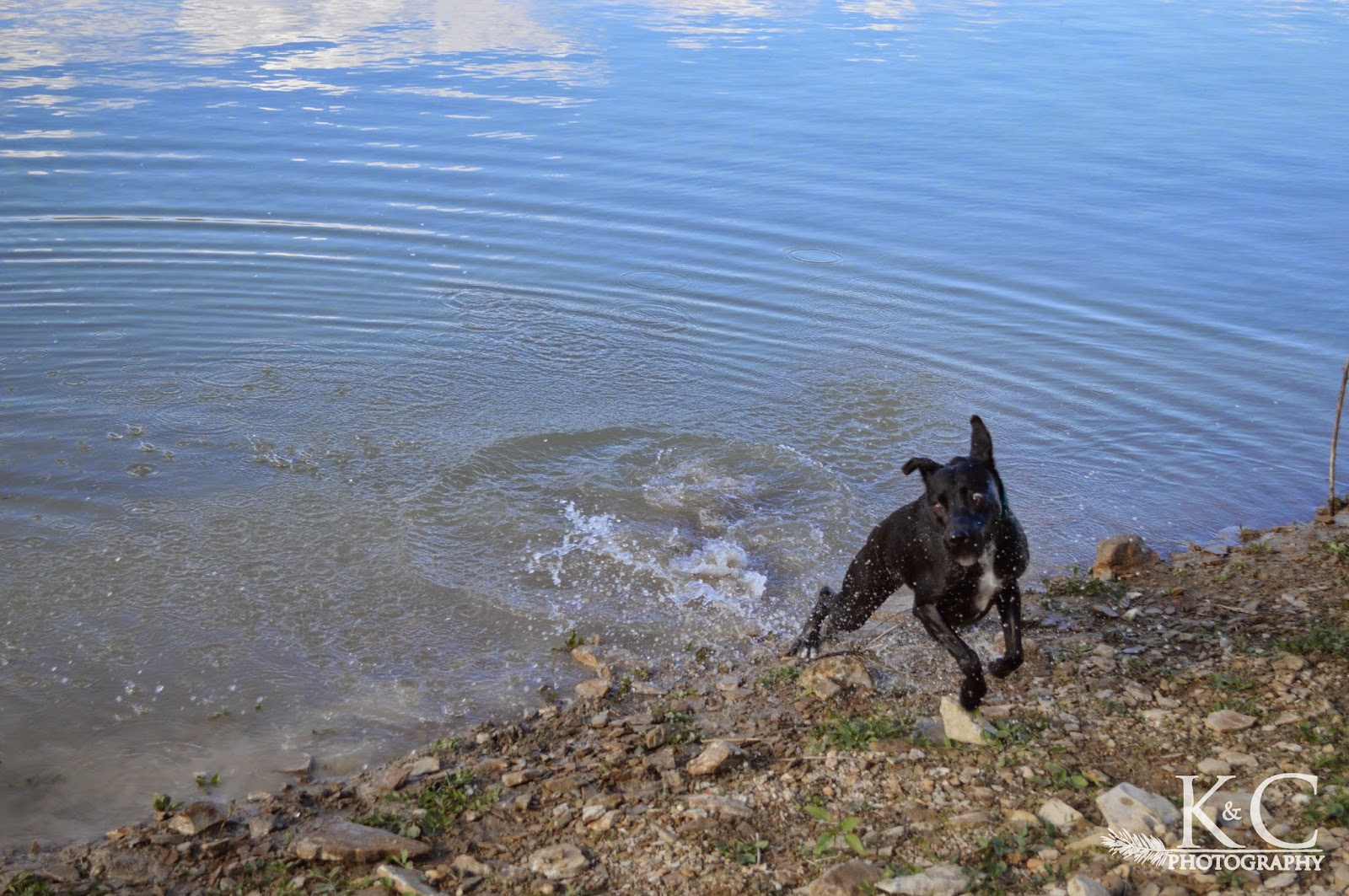 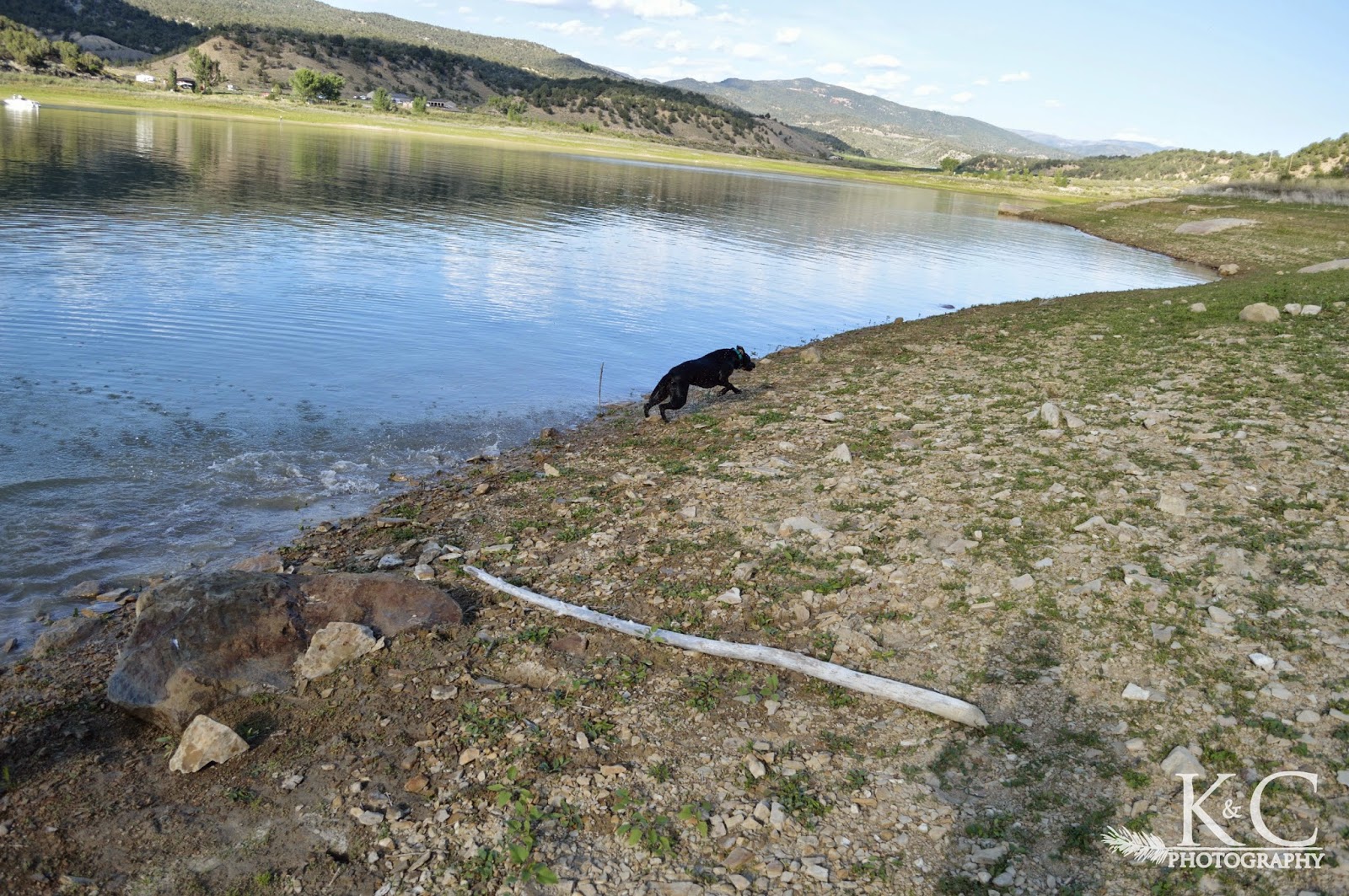 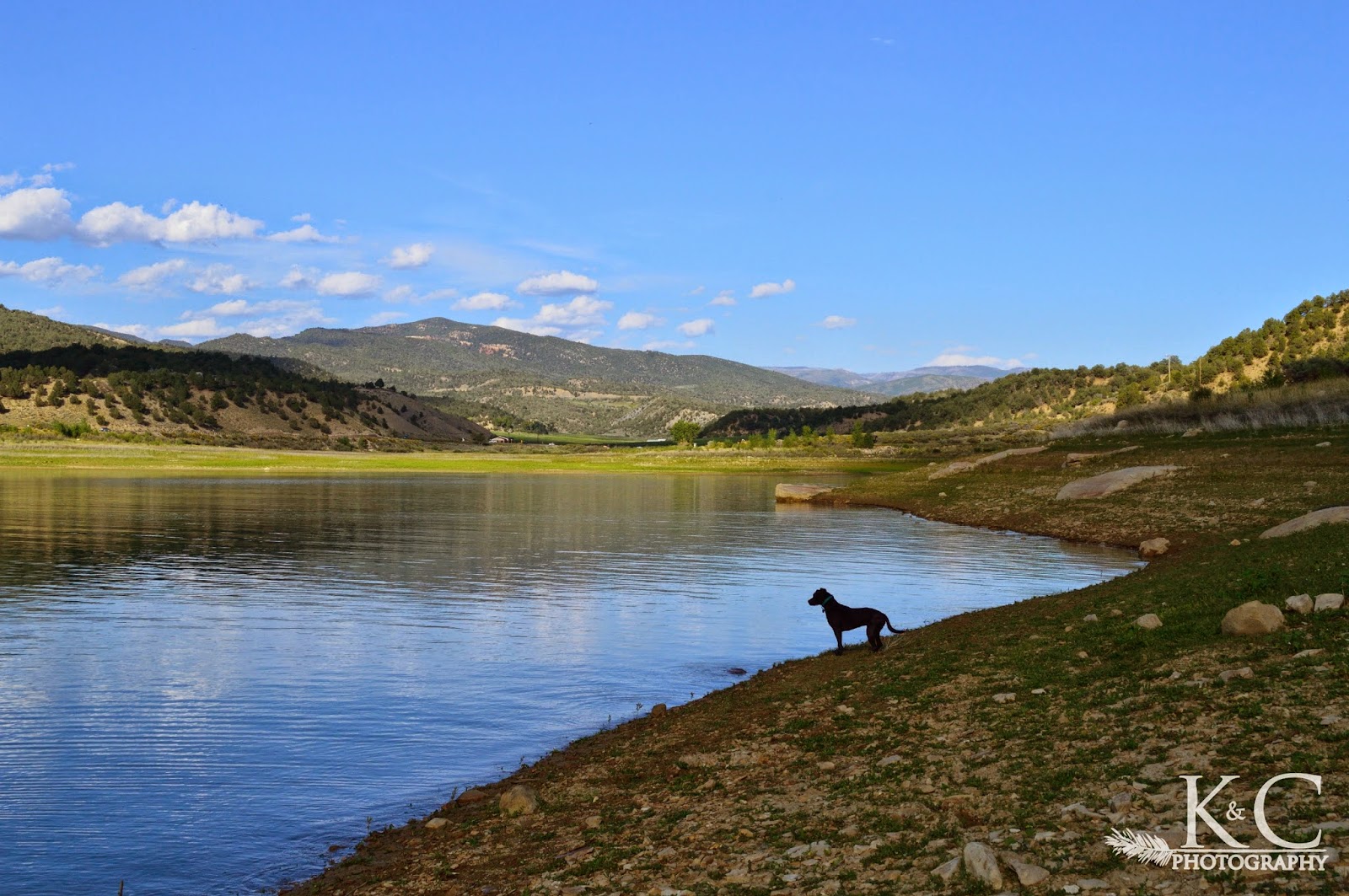 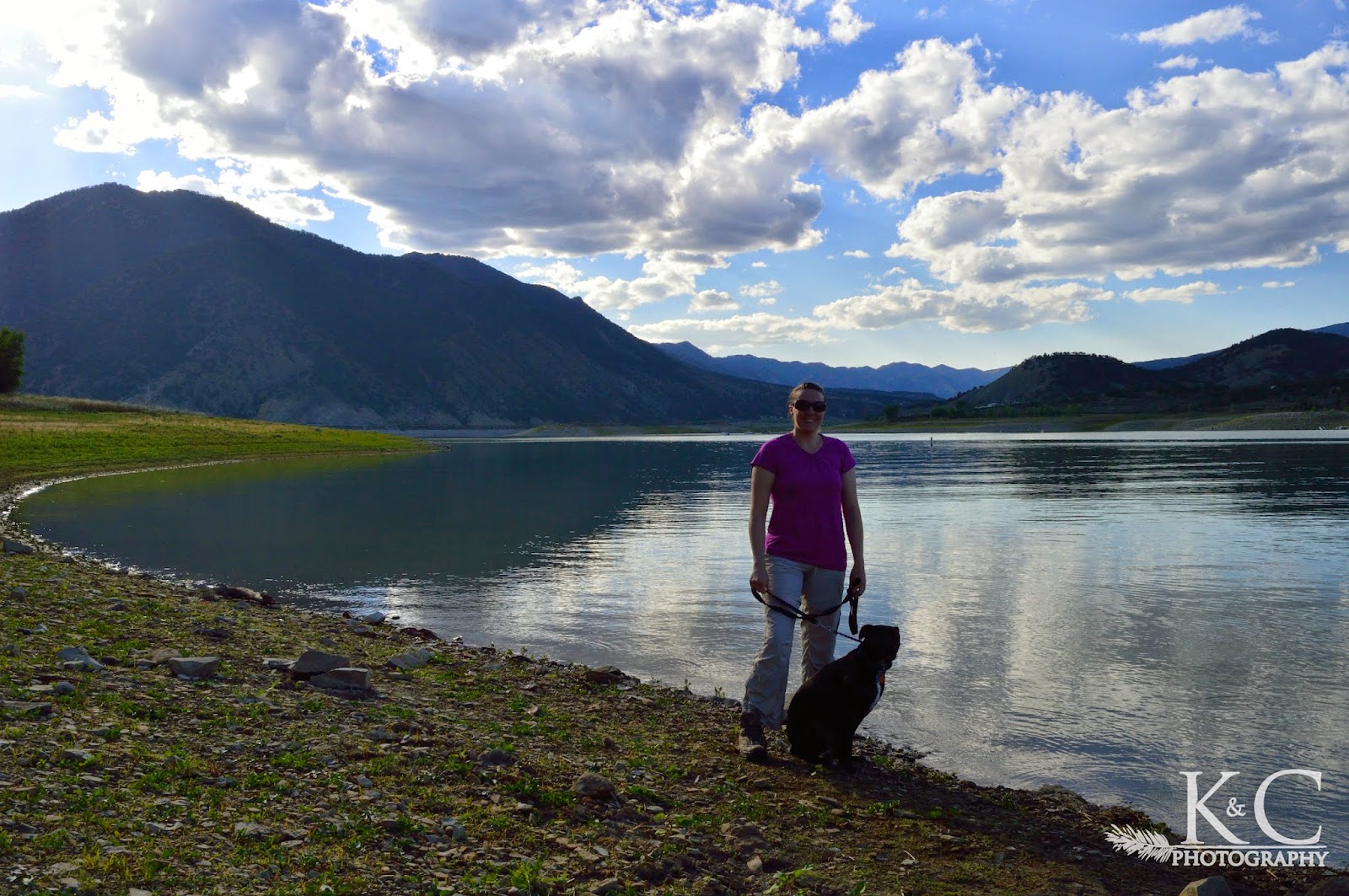 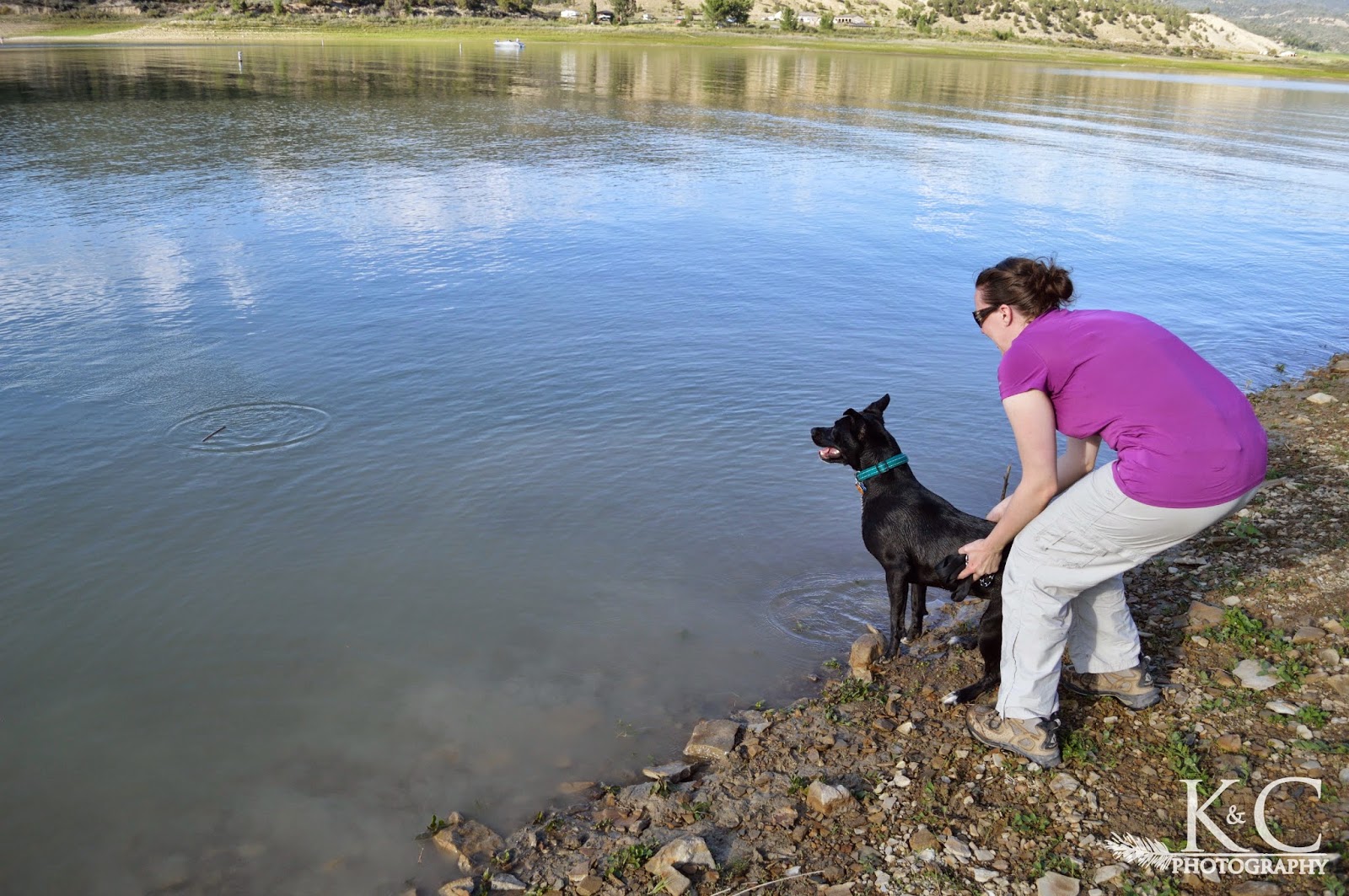 We really enjoyed this park and would highly recommend it!

Who: Anyone. The falls are even ADA accessible.

What: Rifle Falls State Park and Rifle Gap State Park
Where: Just shy of 3.5 hours west of Denver, north of the town of Rifle.
When: Open year round. We’d love to see the falls sometime in the winter.
Why: Fun day or weekend trip to see waterfalls, caves, rock formations, and a 350 acre reservoir
How: Take I-70 West of Denver and then head north either at the exit for New Castle or Rifle.
Share the Adventure: