Thor’s Well and Spouting Horn are two iconic features on the Central Oregon Coast. Located within the Cape Perpetua Scenic area, they make for an easy and spectacular stop right off of Highway 101. There are perks for seeing the area at high or low tide. However, we were especially wowed by the water spray at high tide!

Beneath Cape Perpetua, ancient lava flows formed a particularly jagged section of the coast. The Basalt cliffs have been carved out by the ocean into what we see today. This section of the coast sports several impressive features as well as a beach.

On top of that, everything is easily accessible via two pullouts right off of Highway 101. Both sections have ample parking. The Captain Cook Trail is an easy 0.6 mile loop that takes you to Thor’s Well, Spouting Horn, and the tide pool area. Which features are the most interesting while depend on how high the tide is when you visit. You might be tempted to just take a quick trip to Thor’s Well and head back. However, the rest of the loop is really worth the short walk! There are a few other unnamed features along the trail that also put on quite a show with the crashing waves.

Thor’s Well is probably the best known feature along the Captain Cook Trail. Because it started as a sea cave, waves enter the base of it and frequently spray out the top. When the tide is higher, this 20 foot pit frequently fills from the top and drains the receding waves back out to the ocean below.

When the tide is lower, visitors frequently walk out to get a closer look. This isn’t surprising since the viewing platform is quite a ways back from it. If you do choose to get a closer look at Thor’s Well, be aware that unexpectedly large waves do cause injuries!

If you are look at Thor’s Well, simply turn to your left for Spouting Horn. At high tide you can’t miss it. It’s much closer to the trail and really throws water high up in the air. It is similar to Thor’s Well, but with a much smaller opening at the top which acts as a water jet!

The path continues down a flight of stairs to a viewing platform which is pretty spectacular. As a bonus, as the waves pass the Spouting Horn, they spray up under an arched bridge from Highway 101.

Continue north on Highway 101 for just under a mile to reach the parking area for Devil’s Churn. This one requires a $5 fee to park, but there are numerous recreation passes that allow you to park for free. Our America the Beautiful pass that we use for national parks was one of them.

Devil’s Churn was also originally a sea cave where the roof collapsed. However, this one is significantly longer than similar formations. It created a long canal that causes incoming waves to bounce around and crash in unpredictable ways. It’s quite the site, but again, be careful of sneaker waves here!

Between Devil’s Churn and the Thor’s Well parking areas lies Cape Cove Beach. At the north end of the Captain Cook Loop trail is a fork. You can head back to the parking area or head a little further to check out a small, peaceful beach. It doesn’t get as much visitation as the other major attractions and at off-peak times you might even find that you have it all to yourself! There are also a couple of small, unmarked pullouts along the highway that you can park at for more direct access to this little beach.

C’s point of view: Maybe there’s something in my blood that makes me want to move on…Army blood…from all those years moving around as an Army brat? It could be! Before moving to the DC area, I had never lived in any one place more than 3 years, and sometimes much less than that. Before… 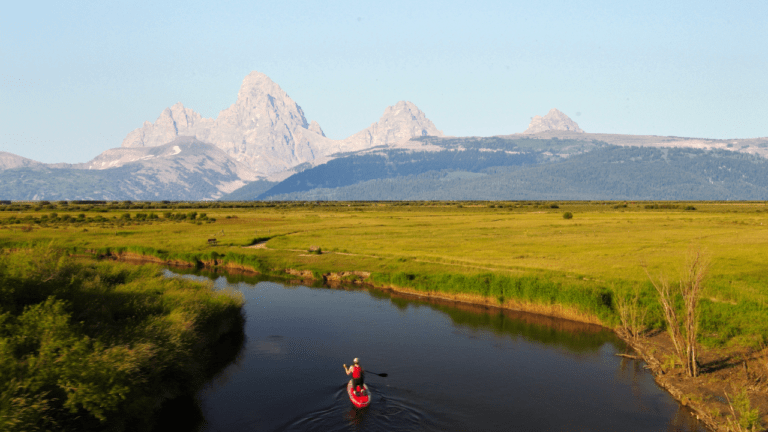 The Teton River flows northward through Teton Valley in Idaho. From Teton Valley there are amazing views of Grand Teton from the west. As we’ve said in our previous blog posts and vlogs of the area, it is the quieter side of the Tetons with just as spectacular views. Instead of just enjoying the valley…

On a recent weekend we went to check out the Denver Aquarium. It was a fun afternoon of wandering slowly through the exhibits (slowly partially to take our time and enjoy the outing, but also due to the large crowds in several areas!). Overall it was a fun time but compared to the Baltimore aquarium…