After leaving Petit Jean State Park, we headed NW for about 3 hours to Devil’s Den State Park.  We stopped along the way for supplies and splurged on a lunch at Arbys.  That turned out to be a mistake…not because the food was bad, but because we ran into the creepiest fast food employee ever.  He reminded us a bit too much of a young Hannibal Lector and simply wouldn’t leave us alone, wanting to make constant conversation even after we had ordered our food and gone to sit down…  Needless to say, we ate quickly and left.

We made it to our campsite a little later than we had originally intended to.  So, we set up, had dinner, and went to bed.  By the next morning we were sure Hannibal hadn’t followed us all the way there, so we set out to see the sights around the park.  We were a little disappointed to discover that Devil’s Den, the cave for which the park is named, was closed due to fear of WNS.  Although there were plenty of other spectacular sights to see:
Devil’s Den Trail
(Teufel’s Höhle Wanderweg) 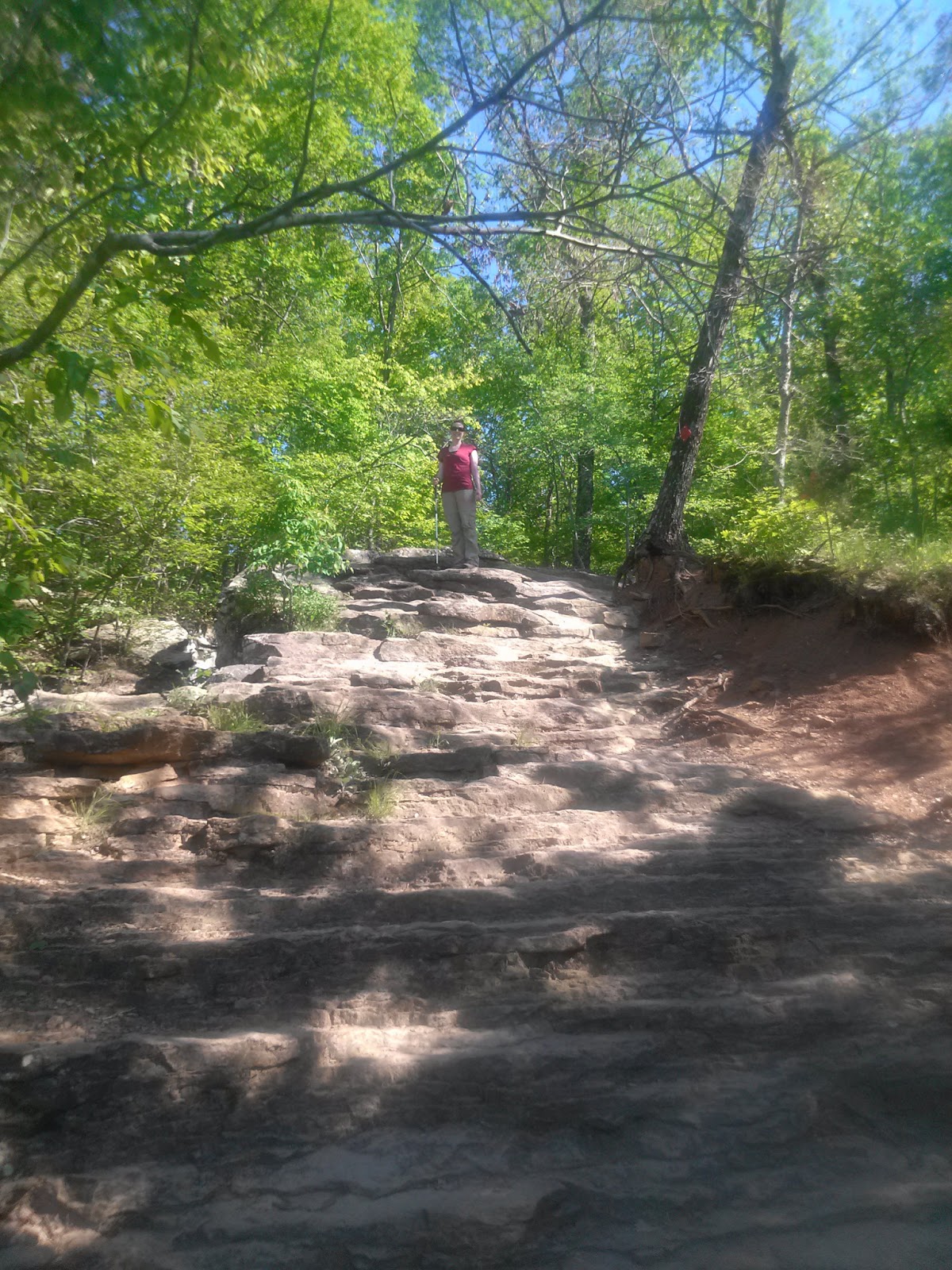 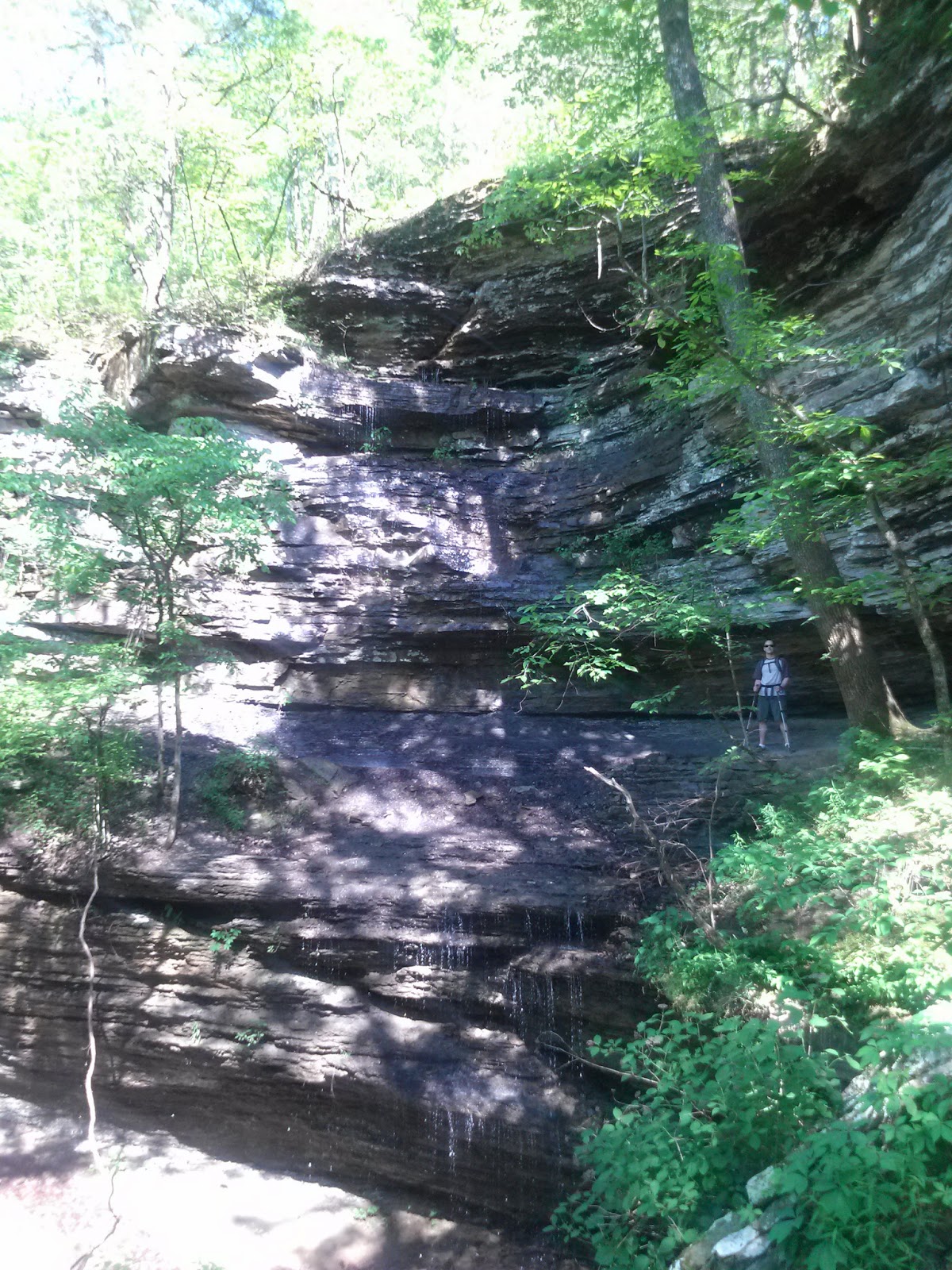 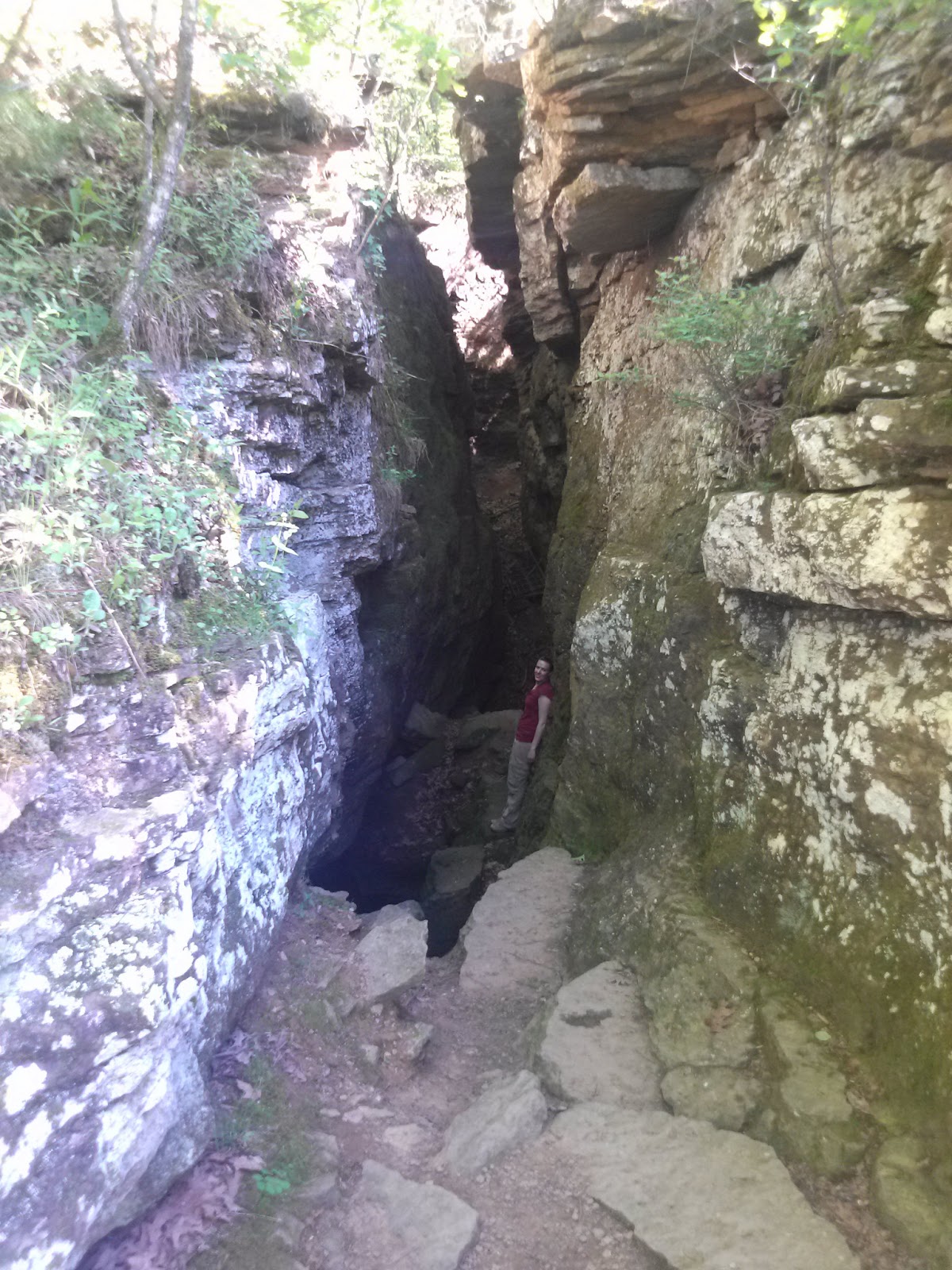 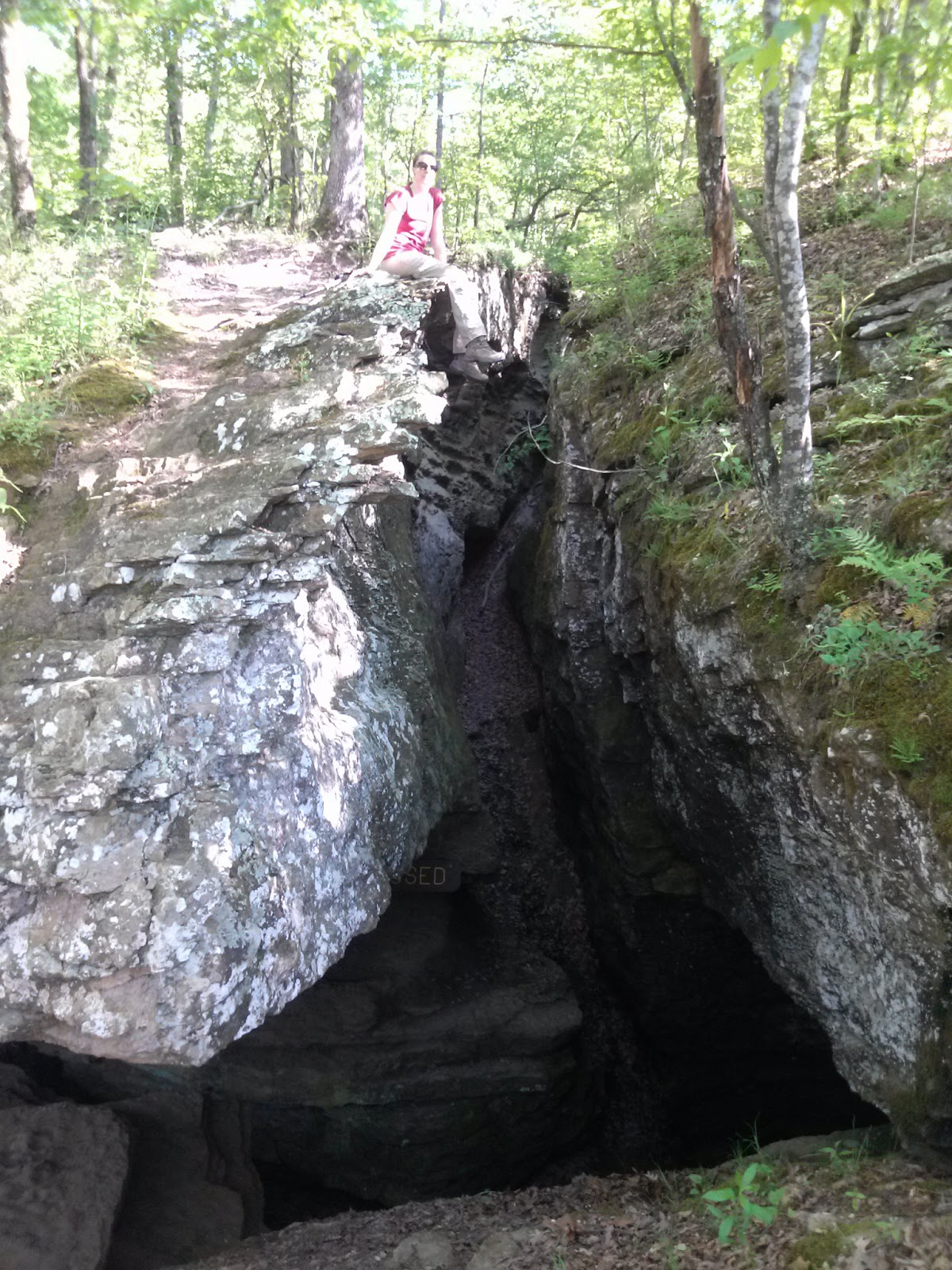 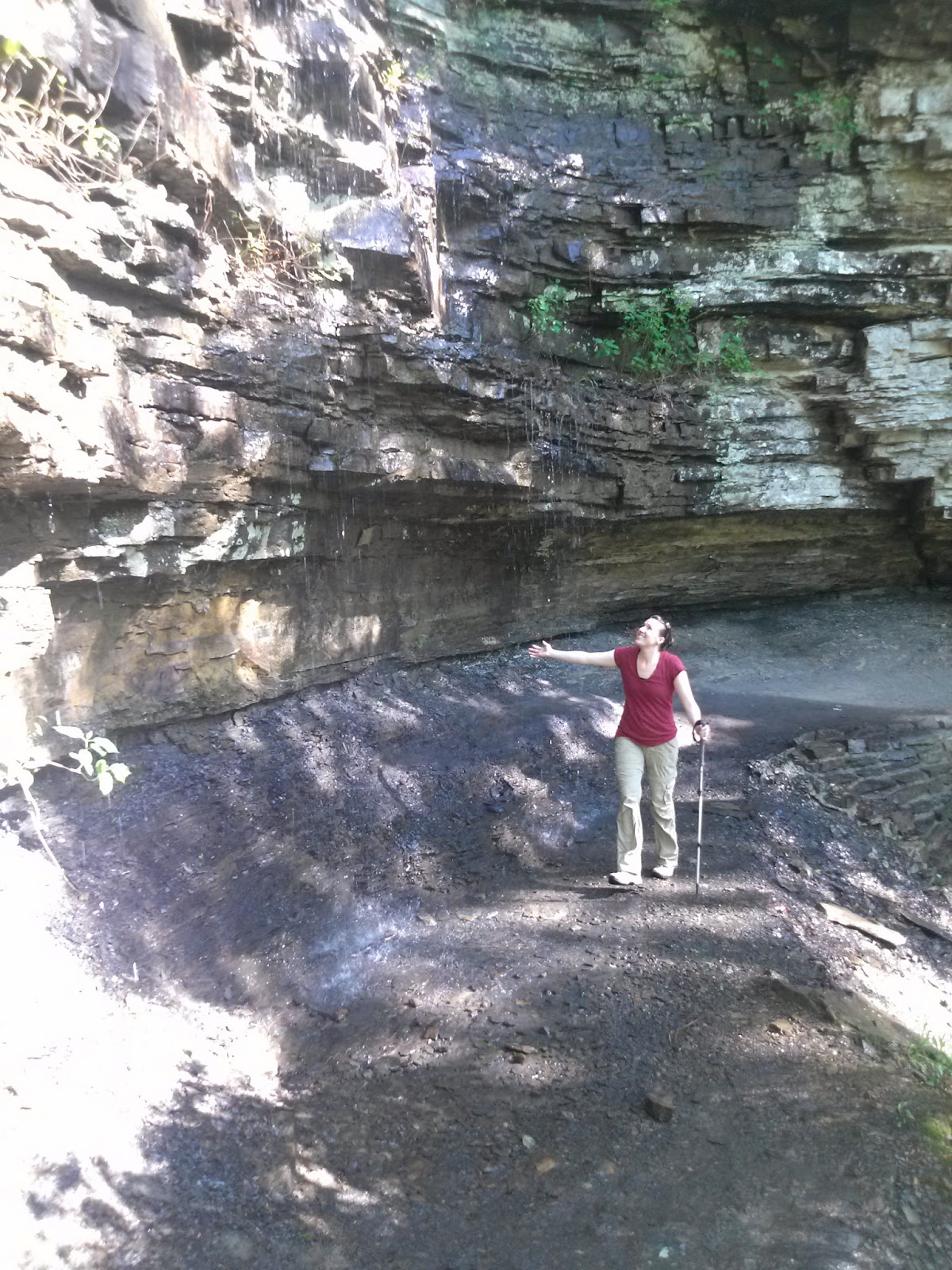 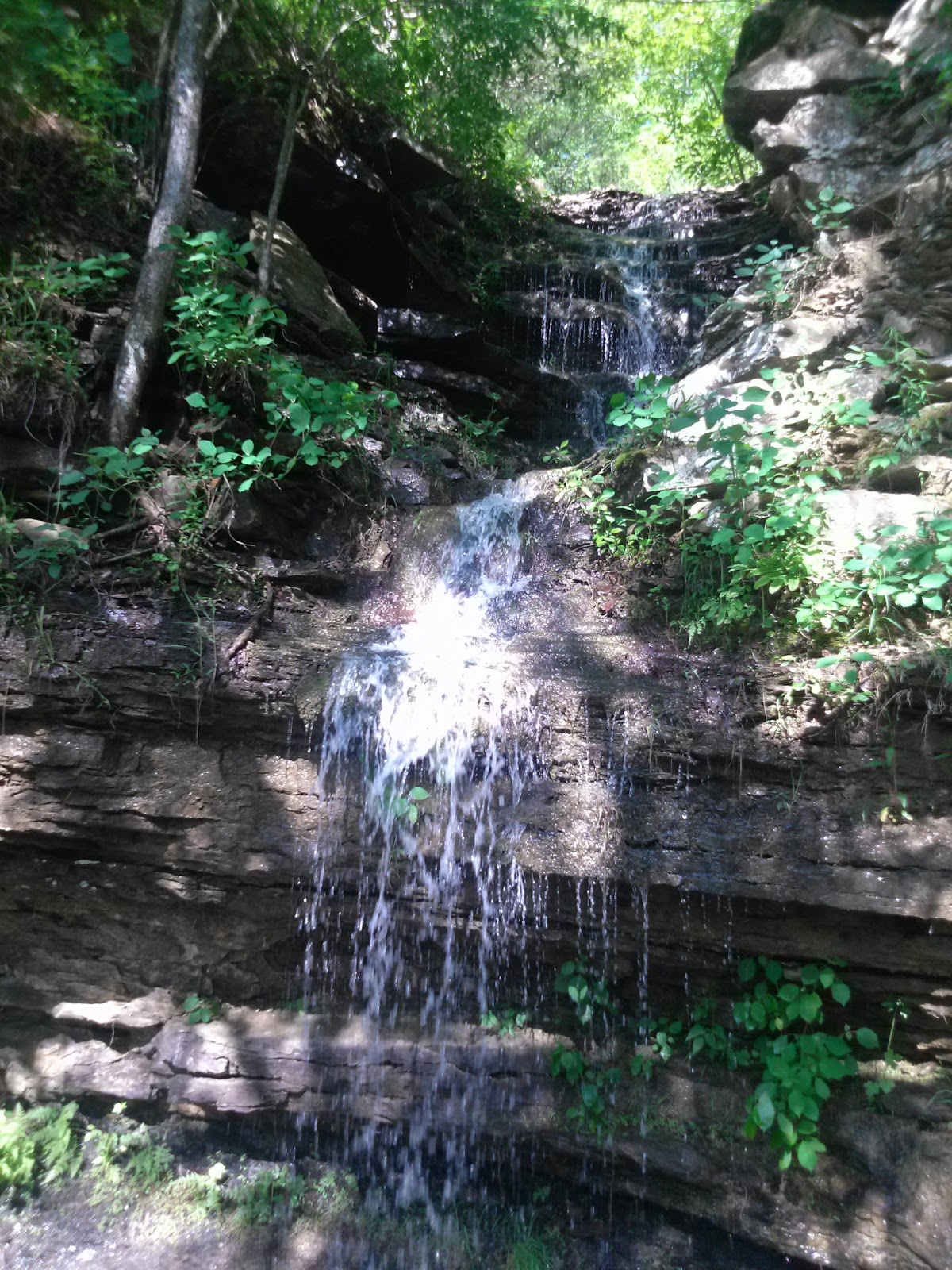 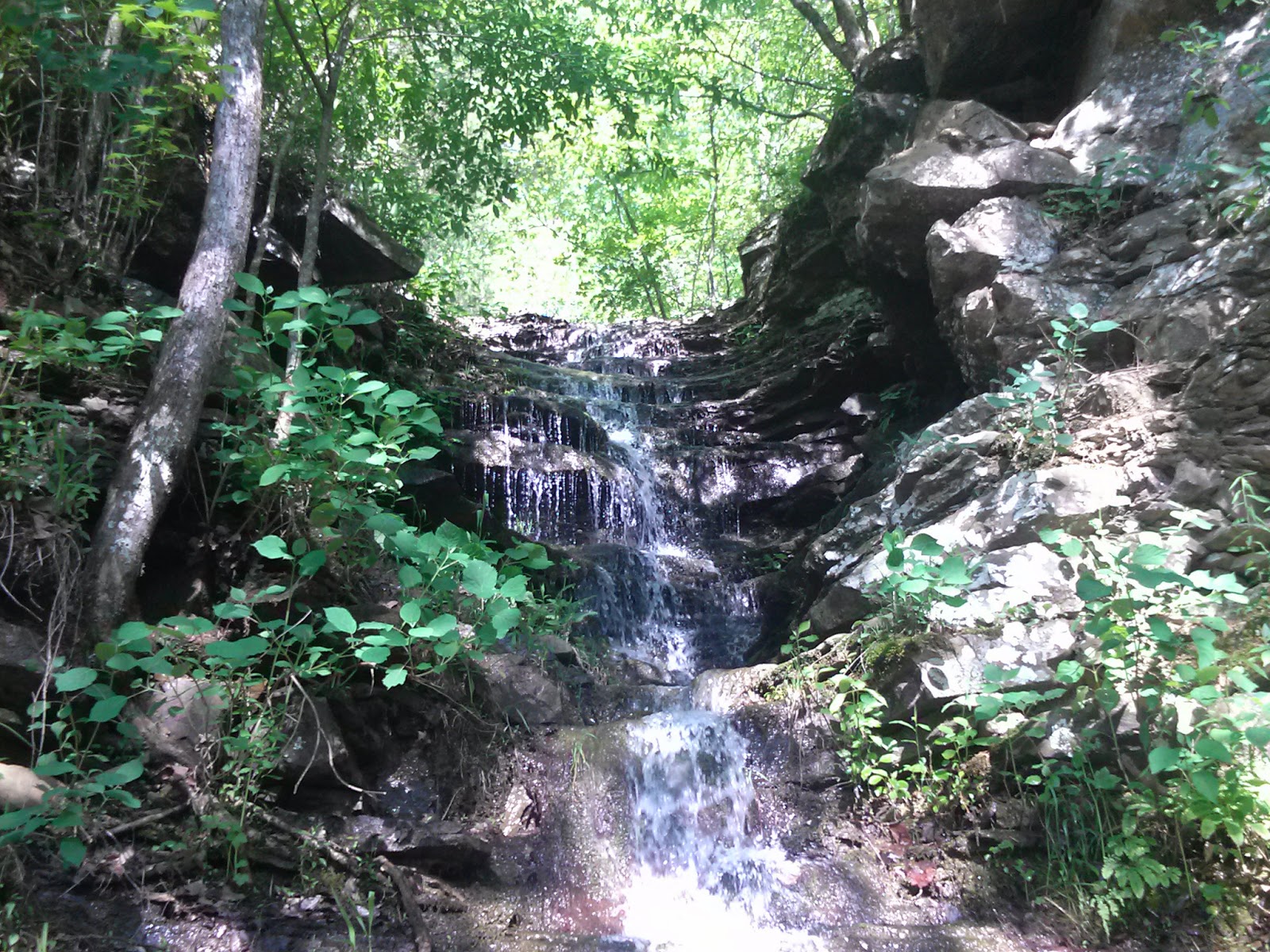 Lee Creek runs all the way through the park.  The whole thing is a spectacular light blue color that you can sort of see in the picture.
(Lee Creek fliesst durch den Park. Das Ganze ist eine spektakuläre hellblaue Farbe.) 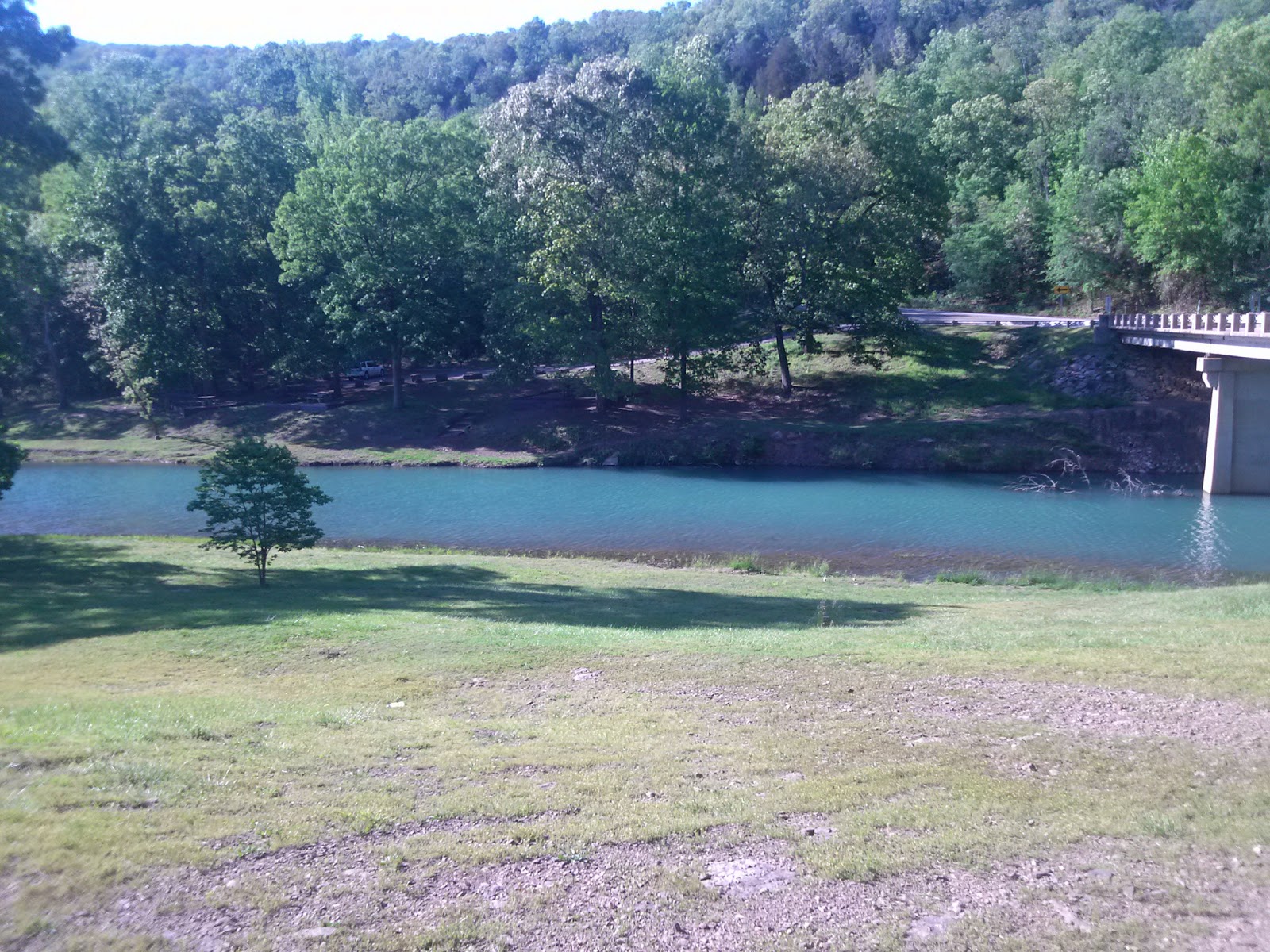 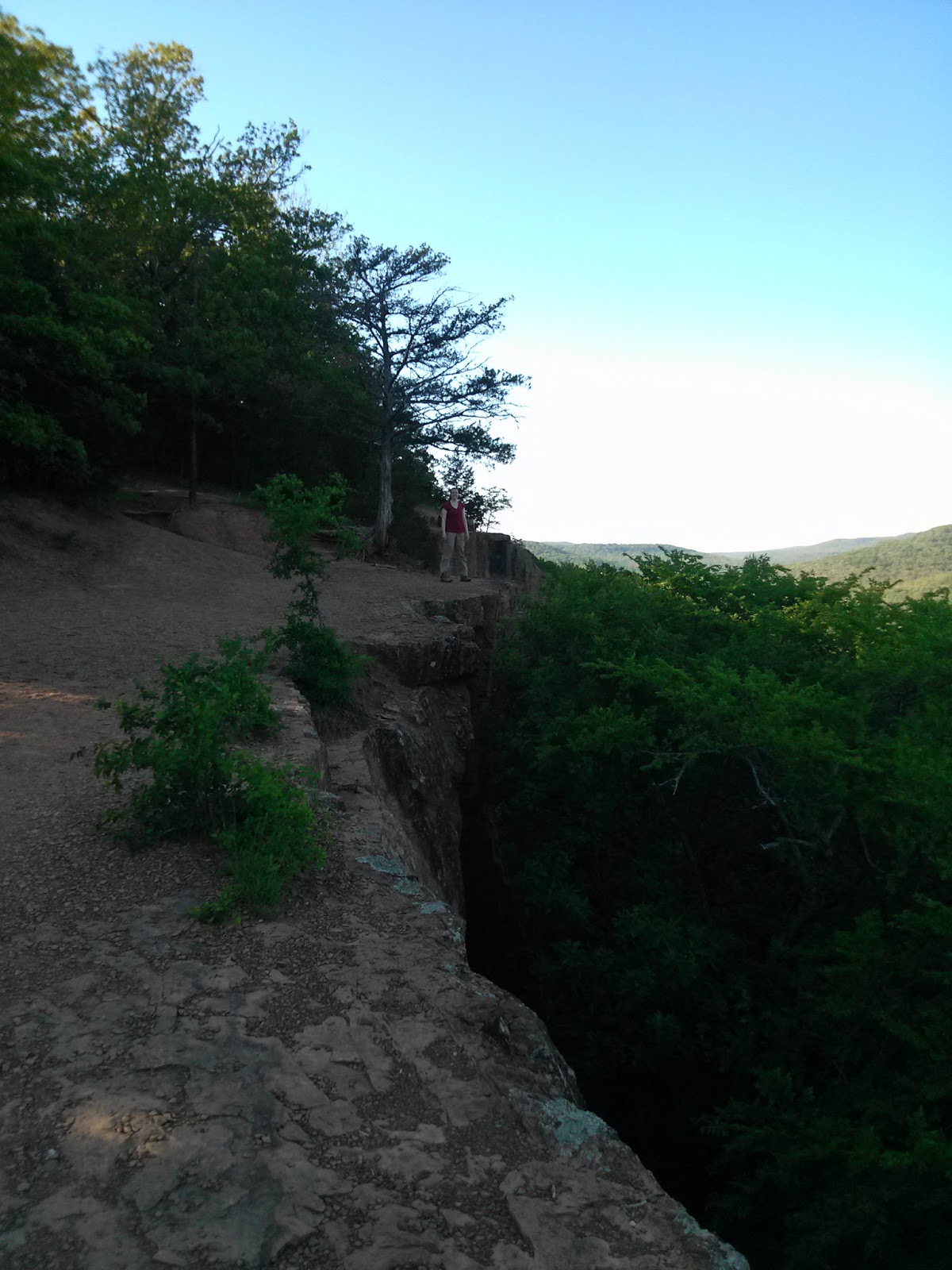 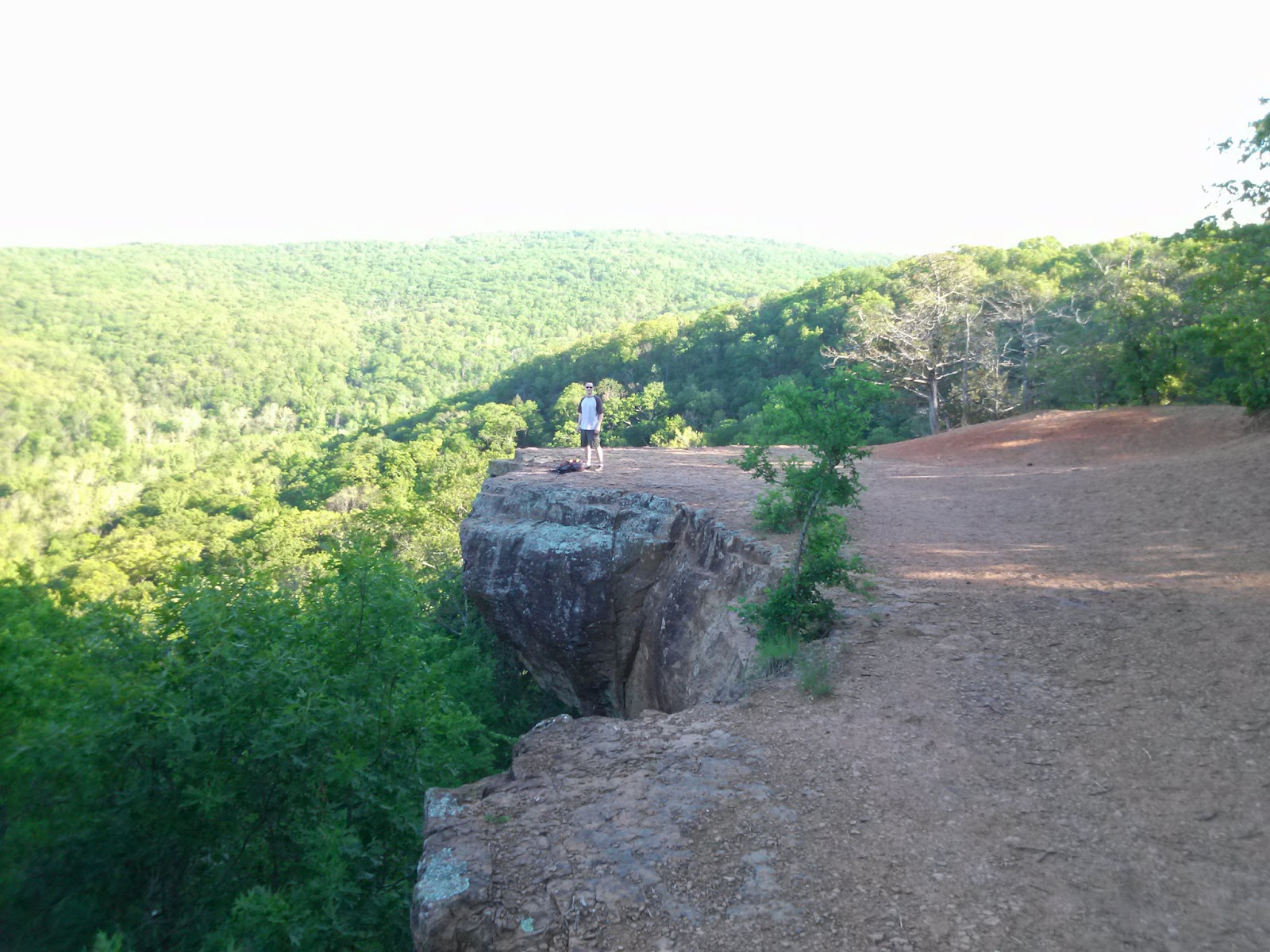 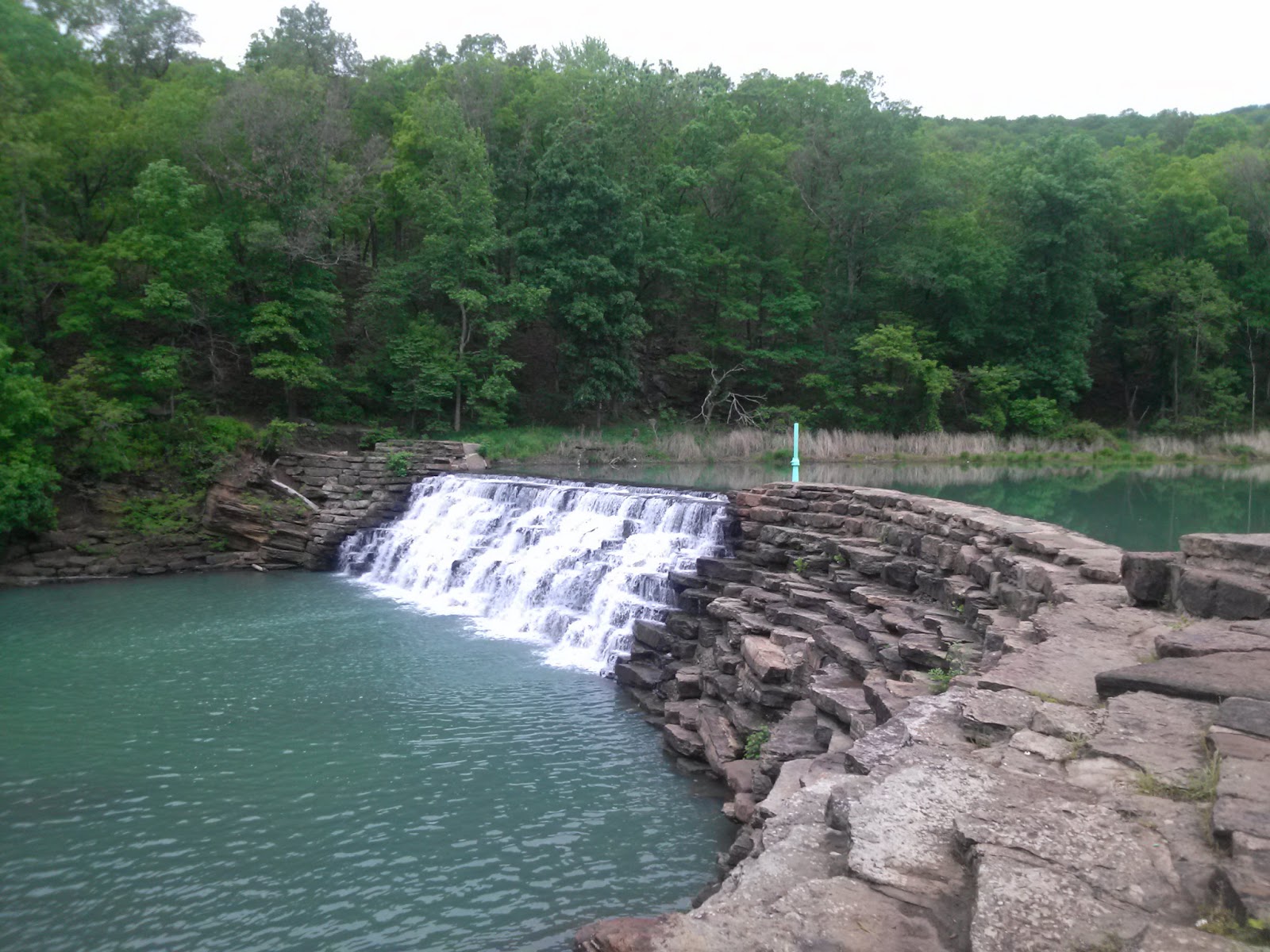 When we’re lucky, we’ll have WiFi directly in some of the campsites where we’ll be staying, but that hasn’t been the case since we left our friends’ house in IN. So, here we were setting up some posts from the last few days from a nearby lodge. It was quite comfy and convenient sitting there…

Fort Collins lies to the north of Denver. We had never been there before so we took a day trip recently. The drive up is nice as you continue to have great mountain views all the way. Although the city lies next to the foothills, we felt like they weren’t quite as striking here as…

For one of the days we spent in the Custer area of South Dakota we decided to head about 40 minutes south to Hot Springs and see what was there, hoping it would be more interesting than Hot Springs, AR…  Sure enough, it turned out to be another resort town where the local businesses have…