We recently went out to Dinosaur Ridge which is on the west side of the Denver metro area in Morrison, CO. There wasn’t much to the visitor center and exhibit hall, but we did the guided bus tour and that was interesting. You can also walk the ridge on your own and read the signs along the way, but the bus tour was only $5 per person and the tour guide was very informative. 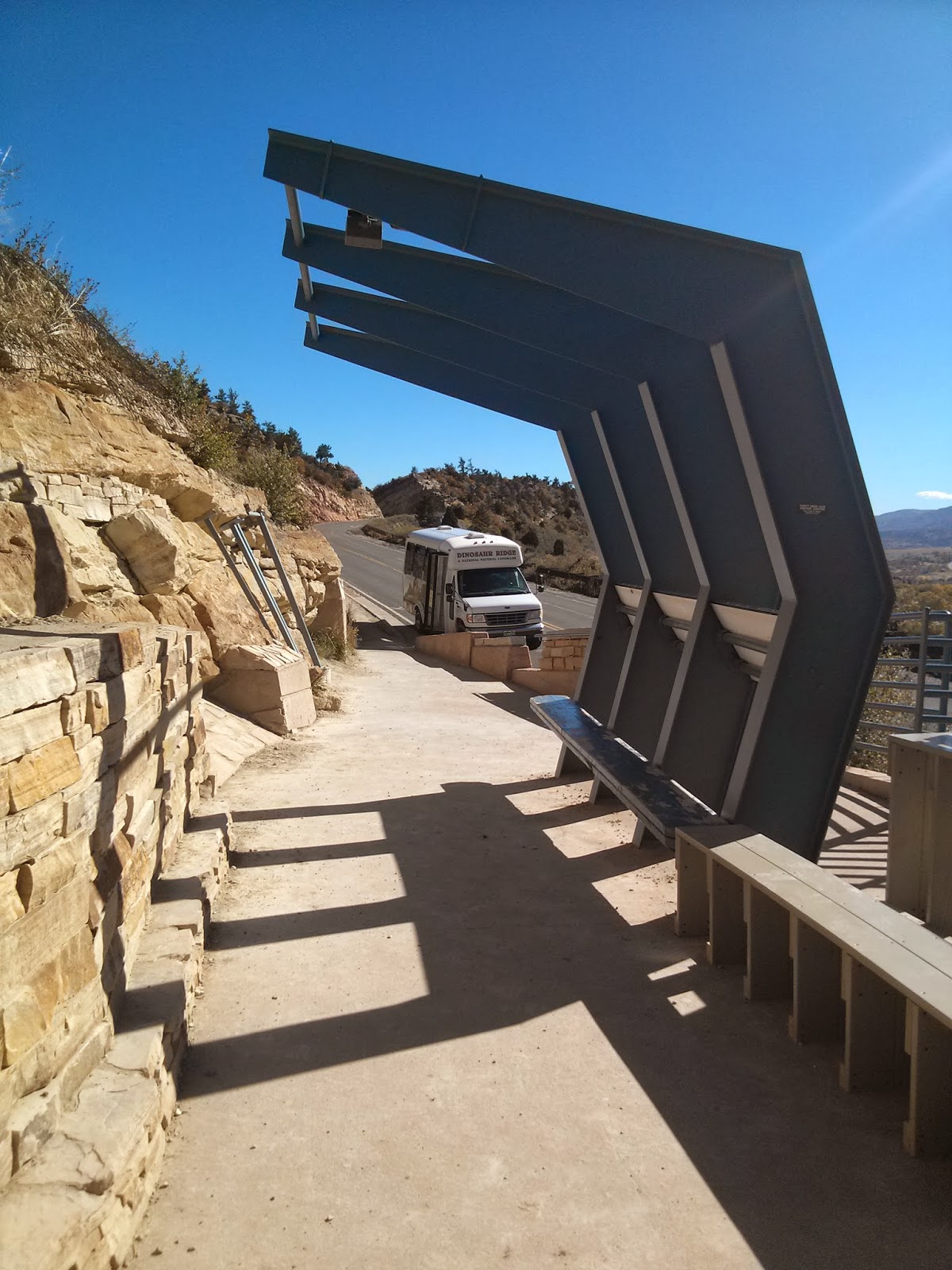 On the east side of the ridge you are in the Cretaceous Period and there are an abundance of dinosaur tracks (char-coaled in to make them more distinct) as well as crocodile claw marks (made while swimming). Since the ridge used to be flat land there is evidence of the shallow inland see, river beds, and sandy beaches that were here in the past. 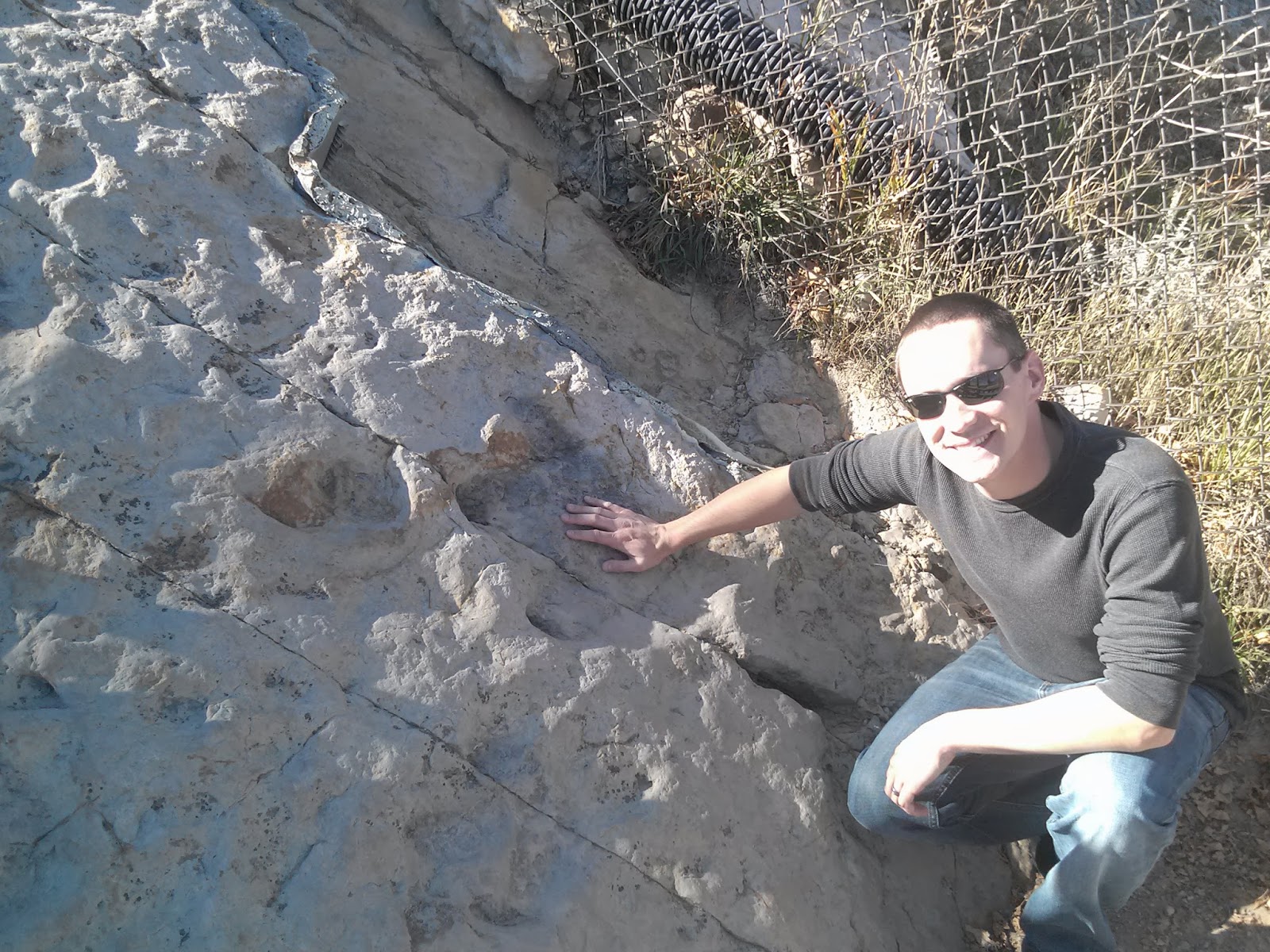 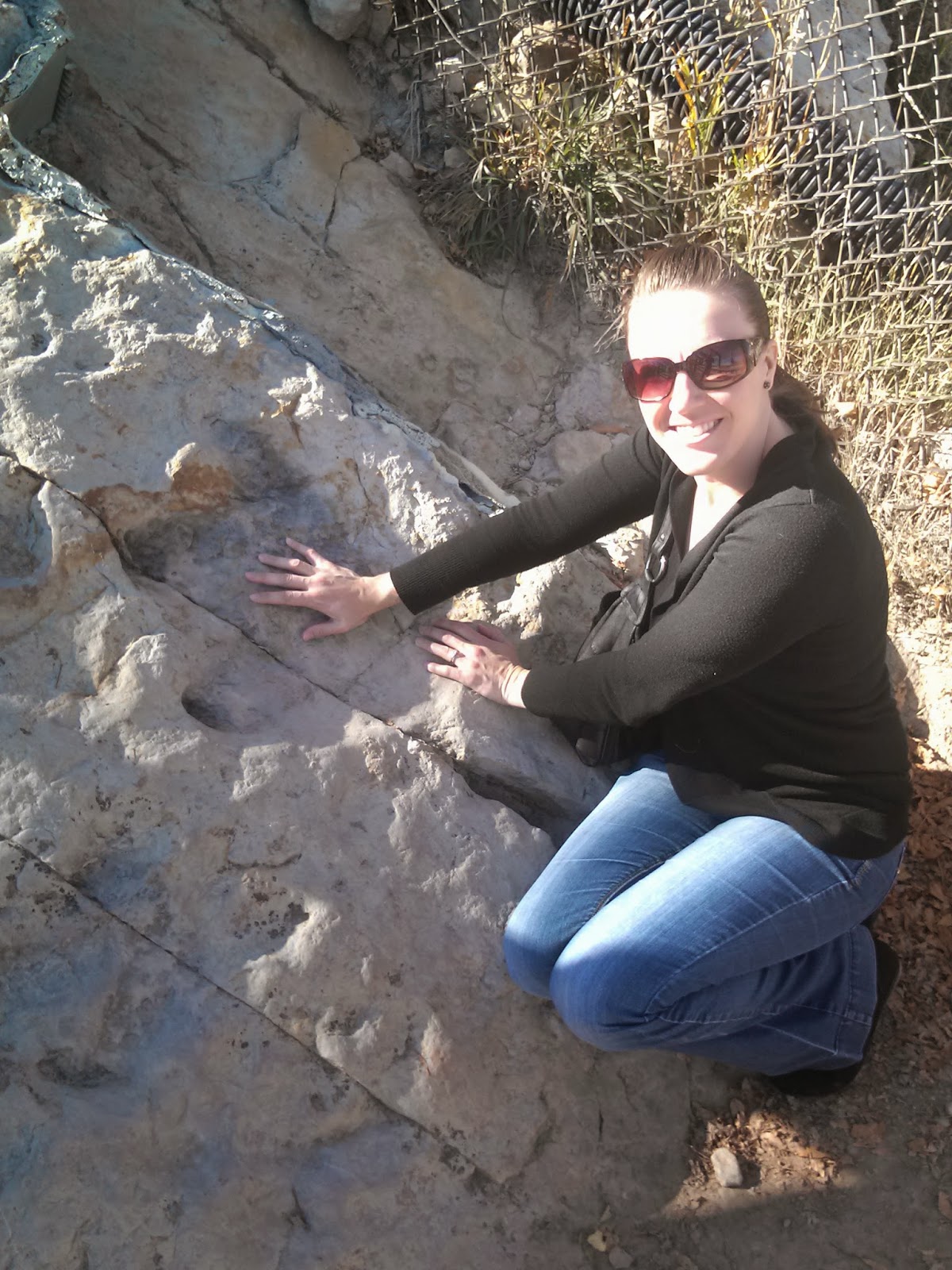 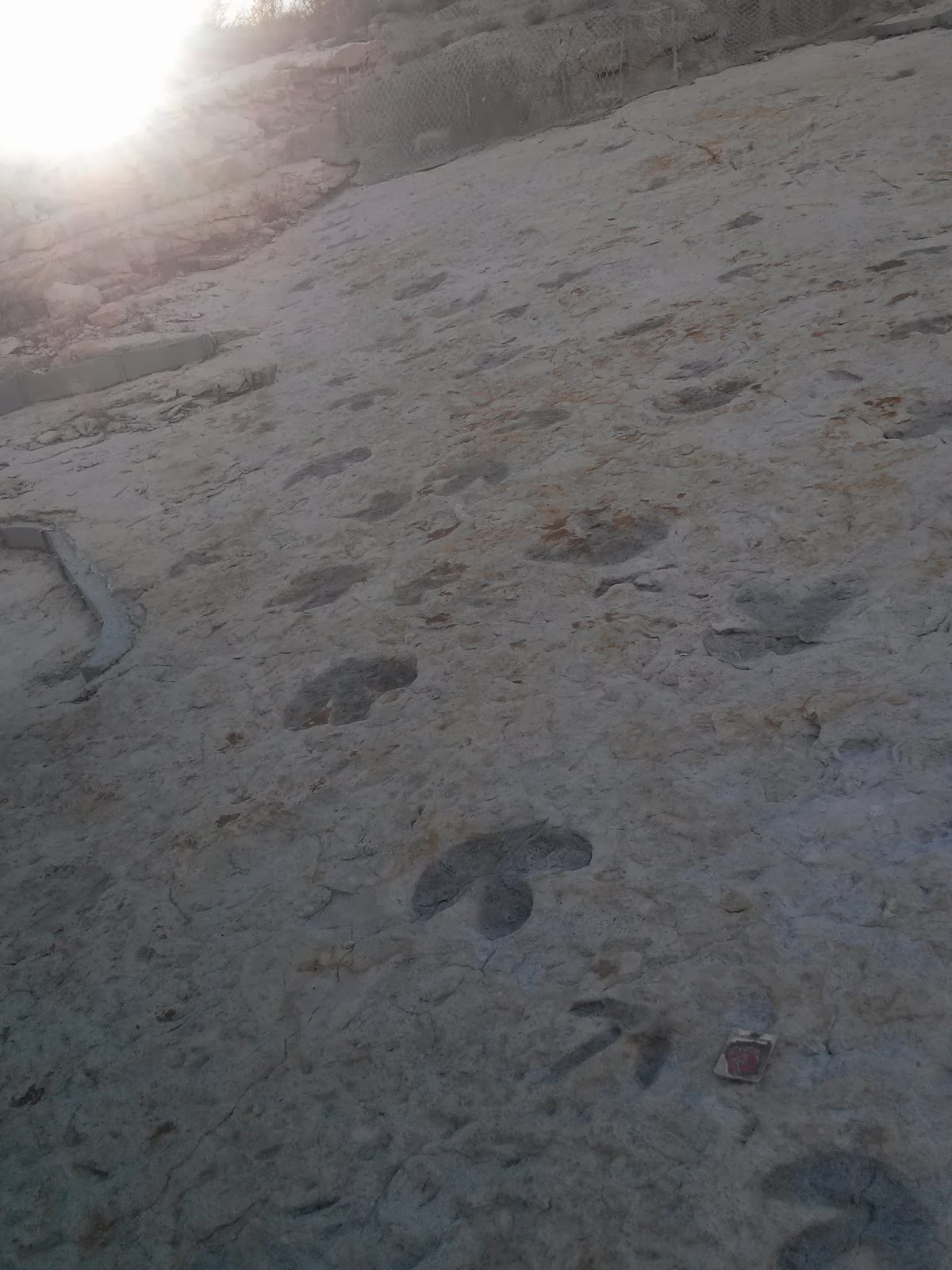 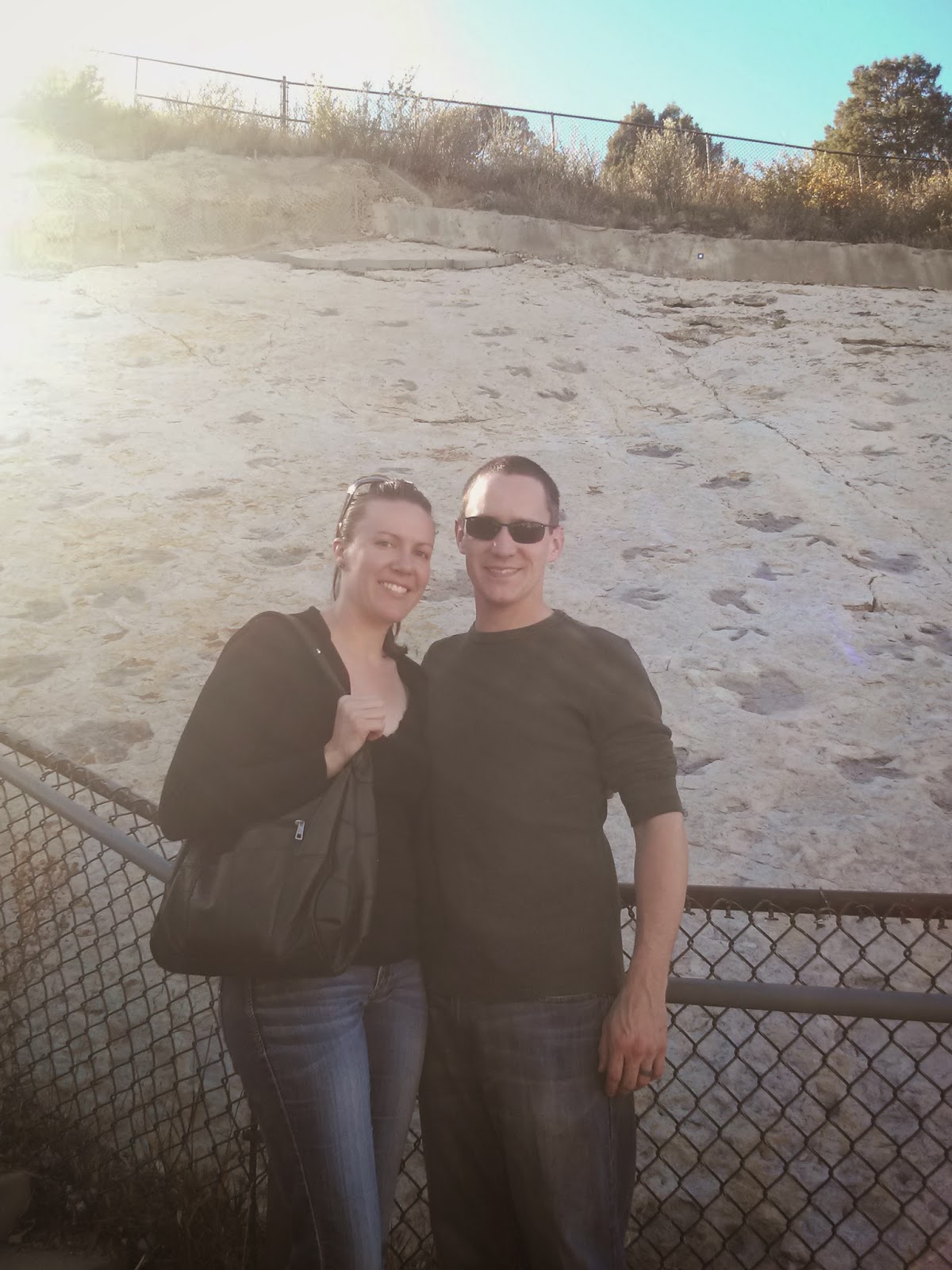 When you make the turn around the ridge, deeper layers are visible on the surface from the Jurassic Period. Here we saw various fossils of bones such as leg bones and vertebrae from Stegosaurus and Apatosaurus. 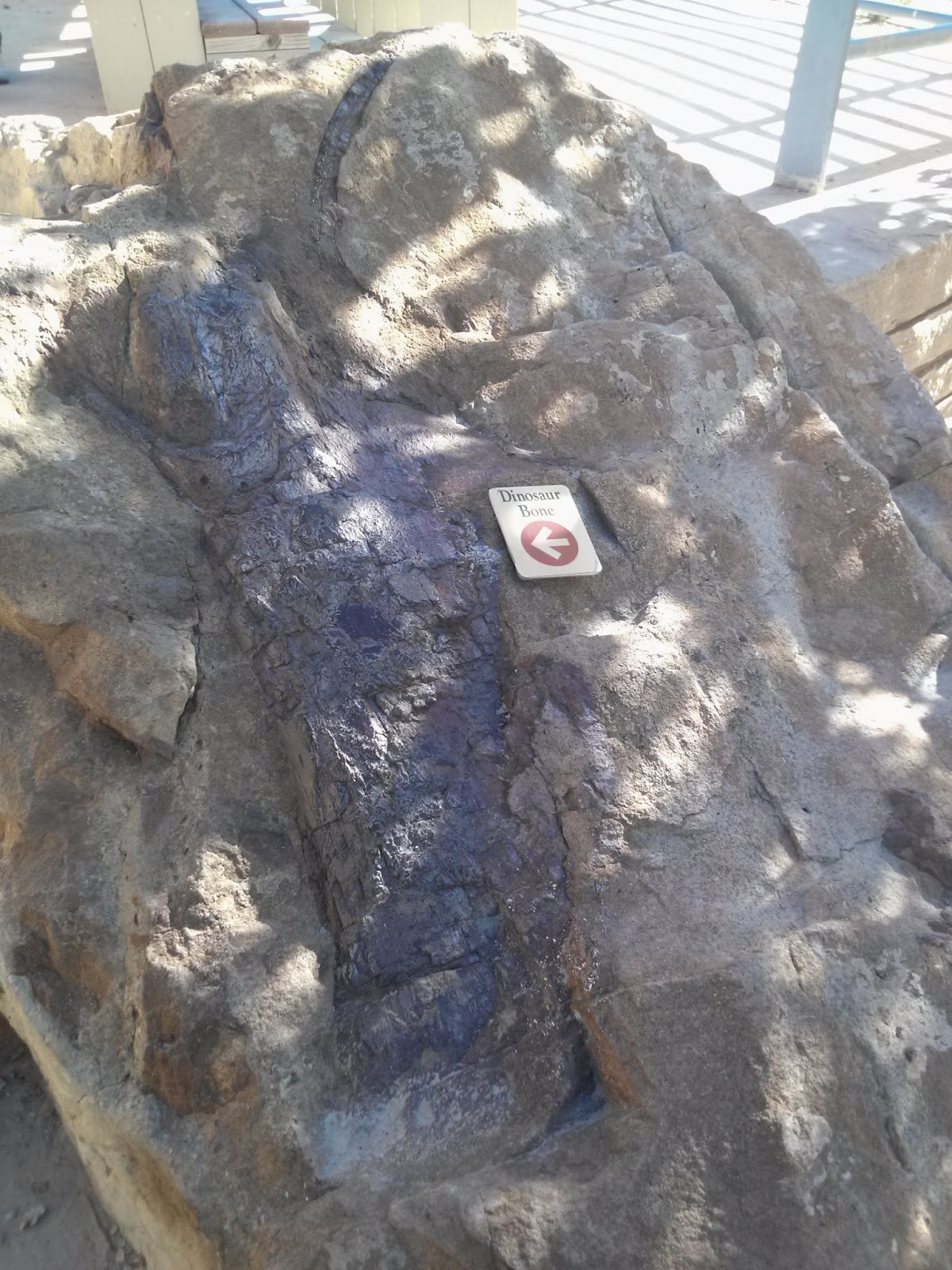 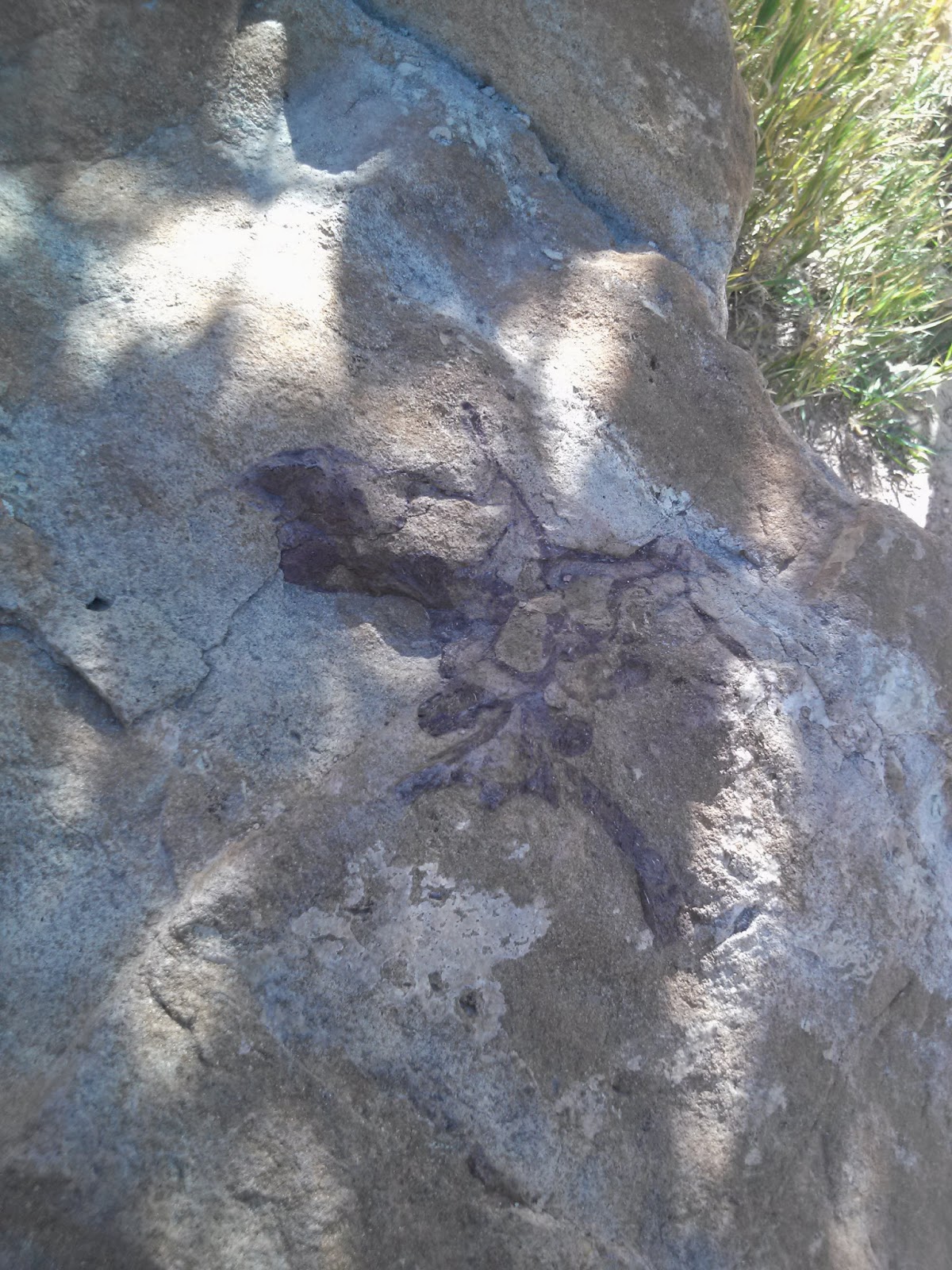 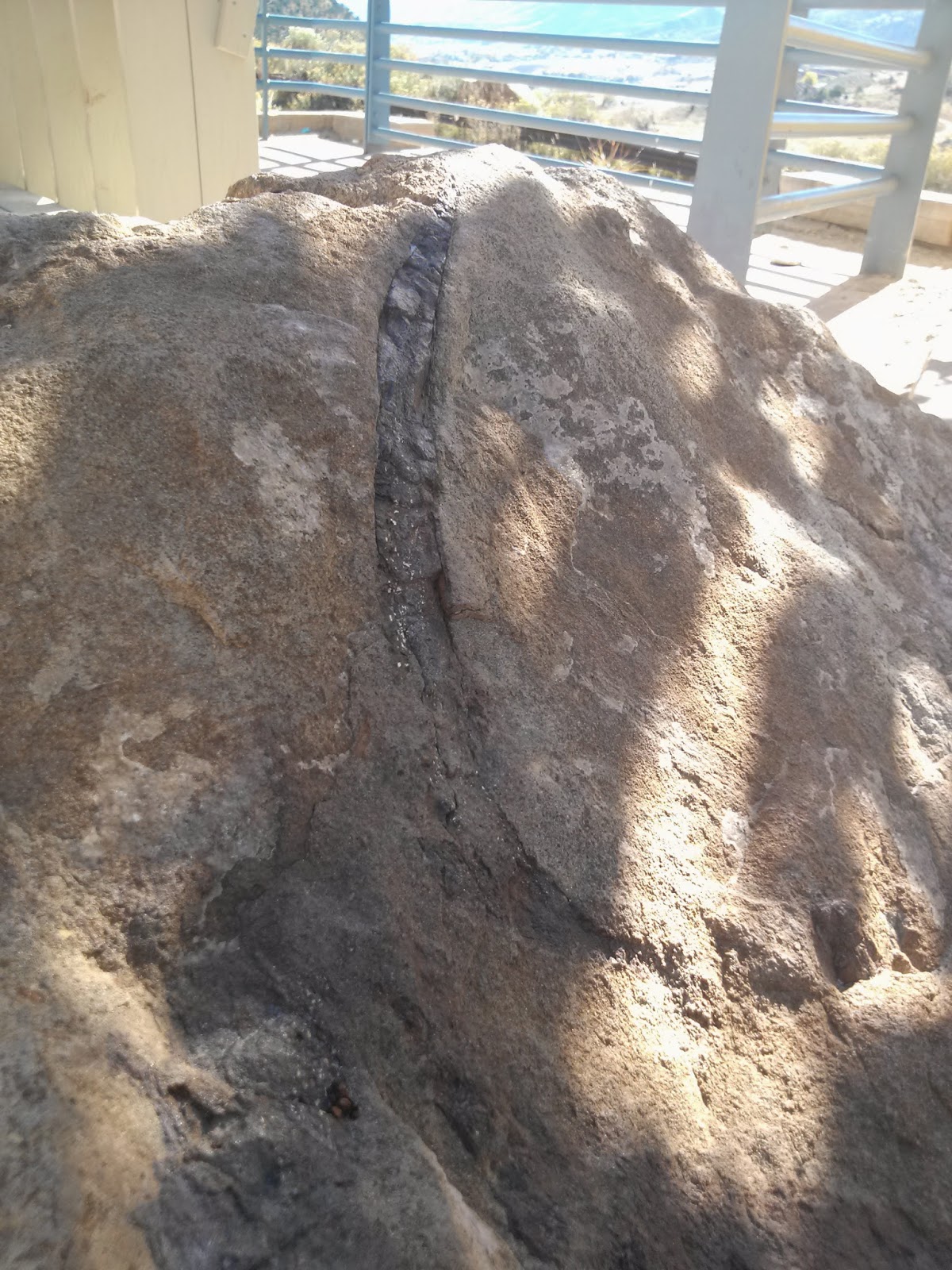 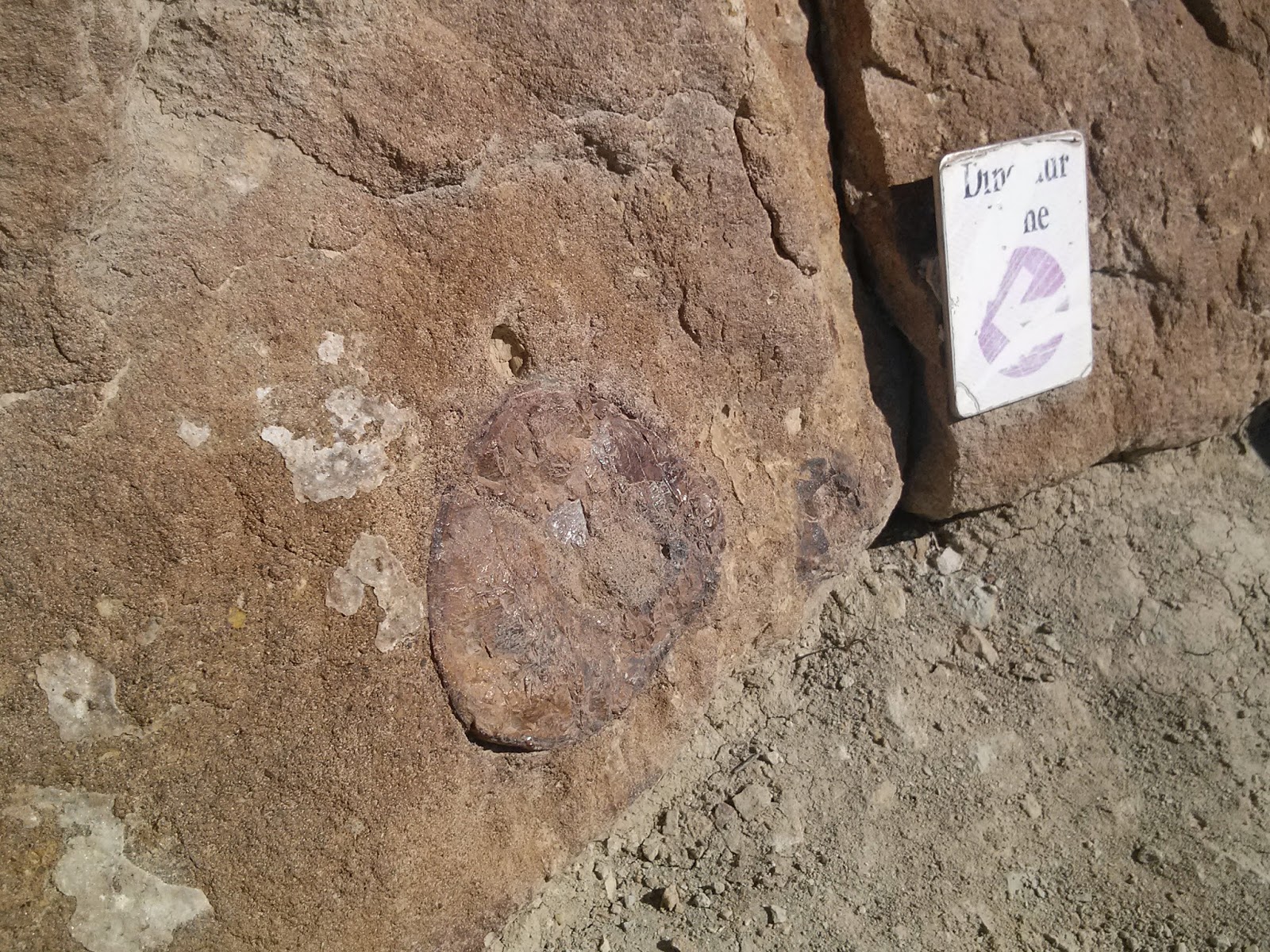 Here you can also see dinosaur footprints from the side, showing the depth of the footprints where the dinosaur sunk into the muck. 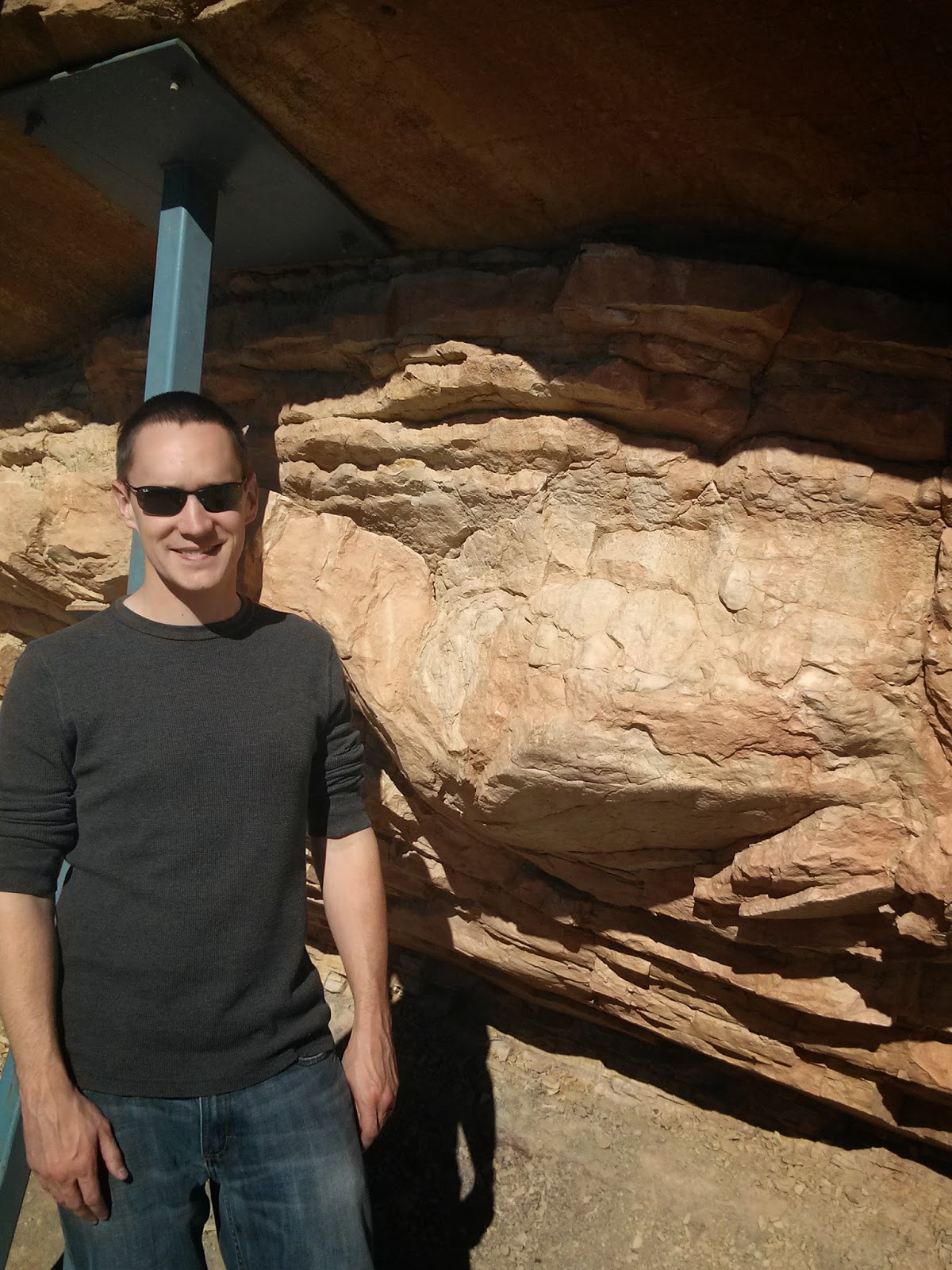 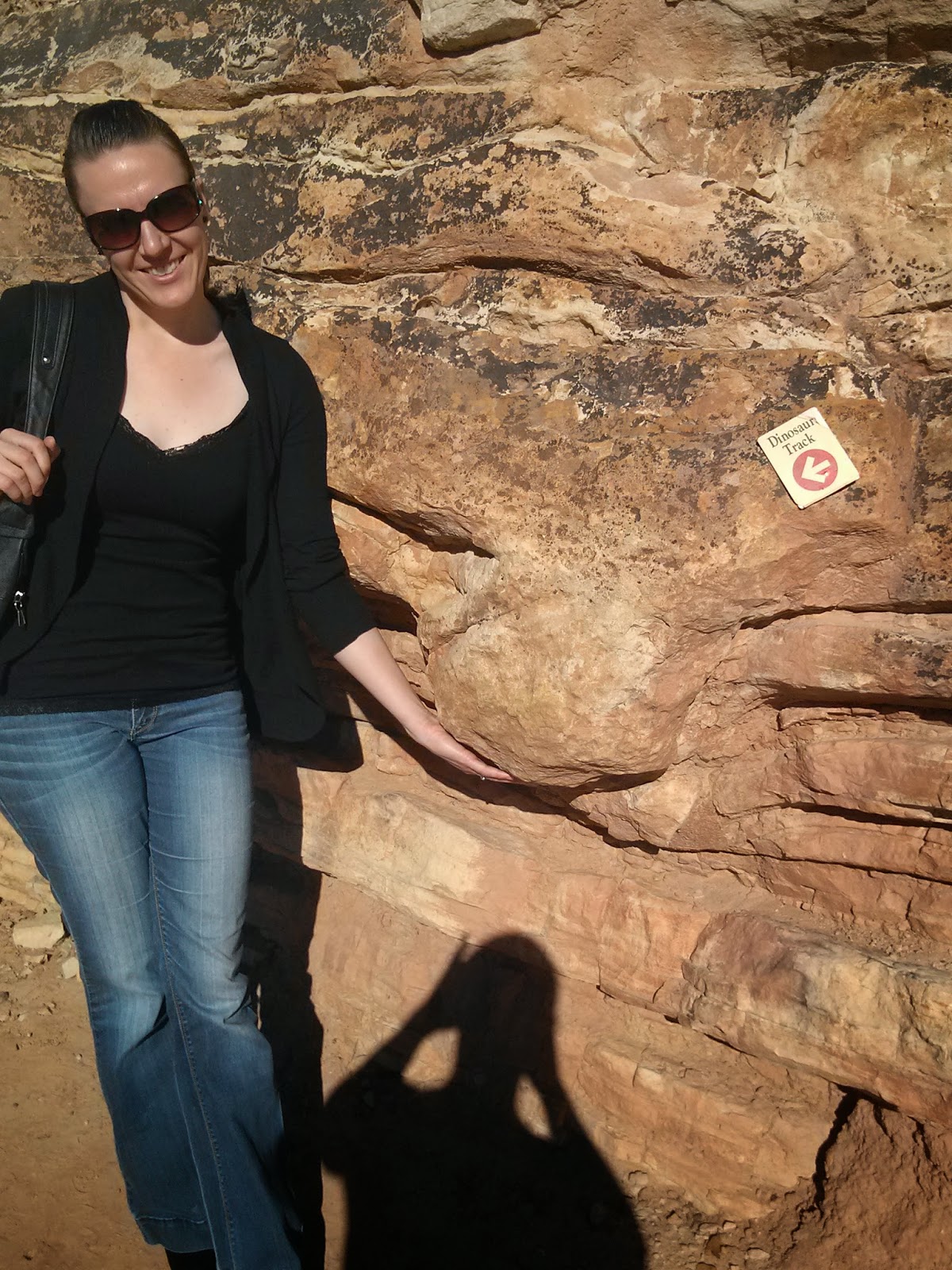 Like Mt. Evans, Pikes Peak is another 14,000+ foot mountain that you can easily reach the top of simply by driving your car. To be exact, Pikes Peak is 14,115 feet tall. In doing some research I found out it is North America’s most visited mountain, and the second most visited in the world (according…

Our last hike in Grand Teton National Park was into Death Canyon. It sounds pretty ominous but we escaped unscathed. One of our water bottles though did not, when it fell to its death down some rocks and into the roaring river… (Hier sind Bilder von unsere Wanderung zu Phelps See und Todes Schlucht.) We…

When I told K I wanted to do a post with pictures of the various flowers and blooming trees I’ve taken pictures of, his response was, “that will be riveting.” 🙂 So, this post won’t be for everyone, but I think there are some that will appreciate it. If that’s not you, please check back…