Rocky Mountain National Park is within a couple hours drive of where we are living now. We recently went for the day over a weekend, first checking out the visitor center and park video, and getting some tips about good snowshoeing trails.

The week before we bought our own snowshoes with some Christmas money (thanks Dad!). Originally, Atlas 10 series snowshoes were at the top of our list, and we seriously considered buying those. But, these were only available in 23 inch and 27 inch for women, putting me right on the border between the two sizes depending on how heavy of a pack I was planning on wearing. But then we did a little more research and tried on Tubbs Wilderness snowshoes, which came in 25 inch size for both men and women, and to us these felt so much more comfortable to walk in. They have such easy on and off bindings and don’t toss snow up on you as you walk. We were delighted to find these.

We’ve only ever been snowshoeing once, but as you can tell from our numerous previous posts, we’re definitely not hiking newbies. So we thought we’d try a shorter trail for starters, but one that would still be incredibly interesting and scenic.

So we did the Emerald Lake hike, which is 3.5 miles out and back. The trail passes Nymph Lake, then Dream Lake, and finally Emerald Lake. On the way in, there is about 200 feet of elevation gain between each lake. That’s not bad, and it gave us a chance to try out the heel lift feature on our snowshoes. After reading some reviews about heel lifts, we were sold, and even after just one use we’d never want snowshoes without it! Basically, it is a bar that you can click up under your heel when you are going uphill so that it becomes more like stair climbing, enabling you to use the larger thigh muscles and glutes, saving your calves.

The day was cloudy and snowy, so some of the scenery was hidden to us, but there were still mountain views, snow covered trees, wide open vistas, and more. One of the coolest things was that the lakes were completely frozen over, so rather than having to walk around, we could walk directly over the lakes!

Here are pictures from the day: 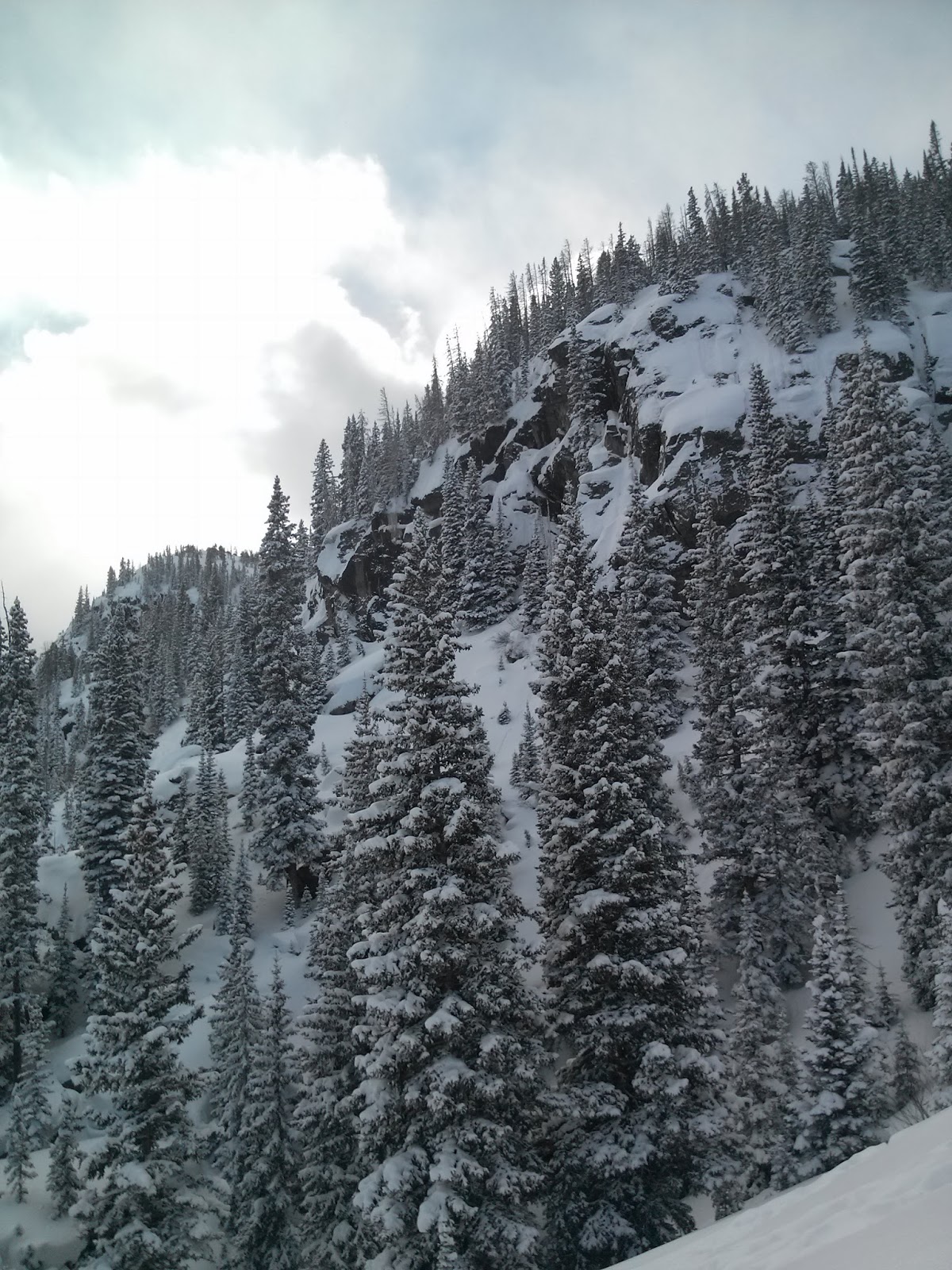 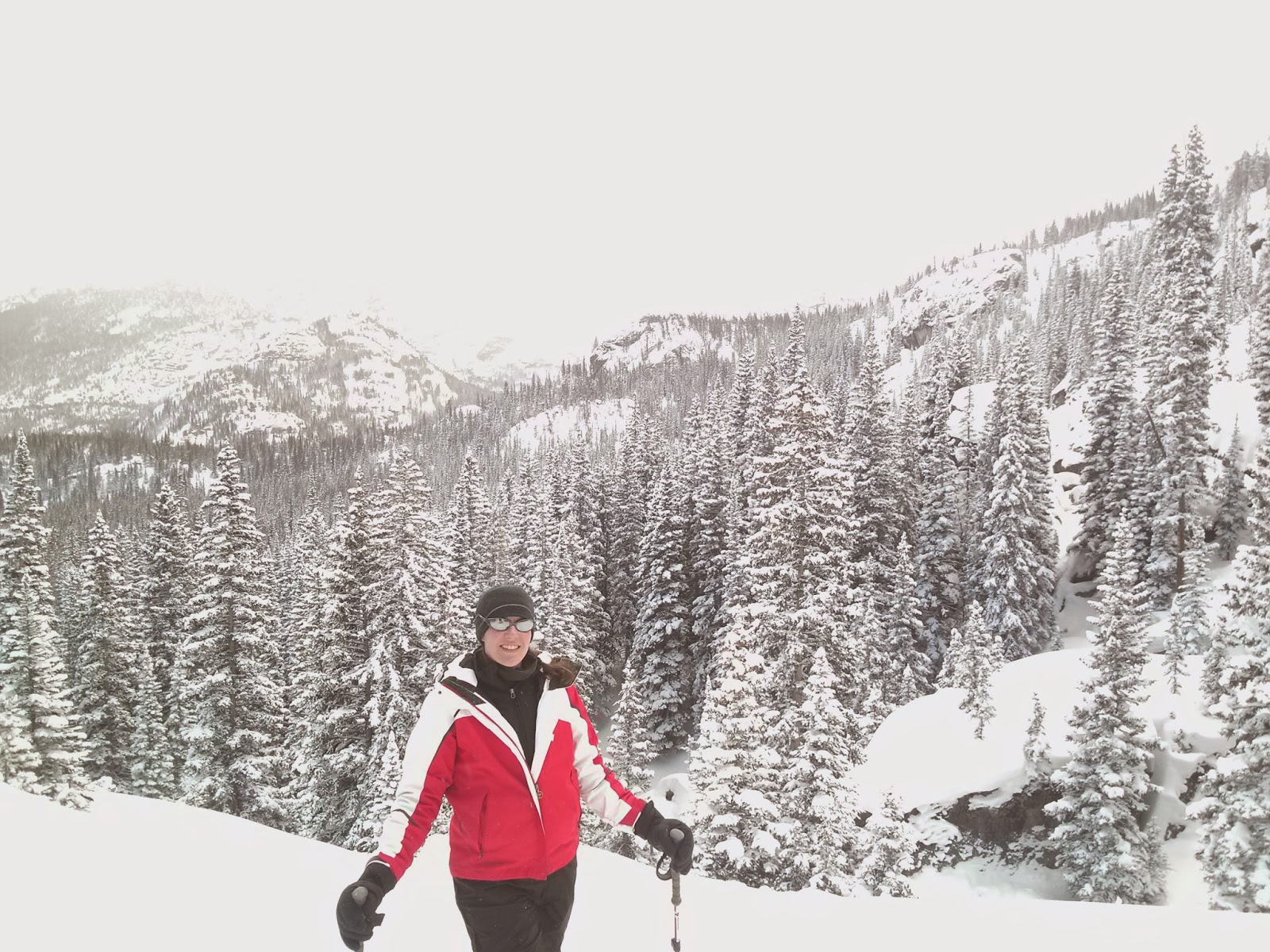 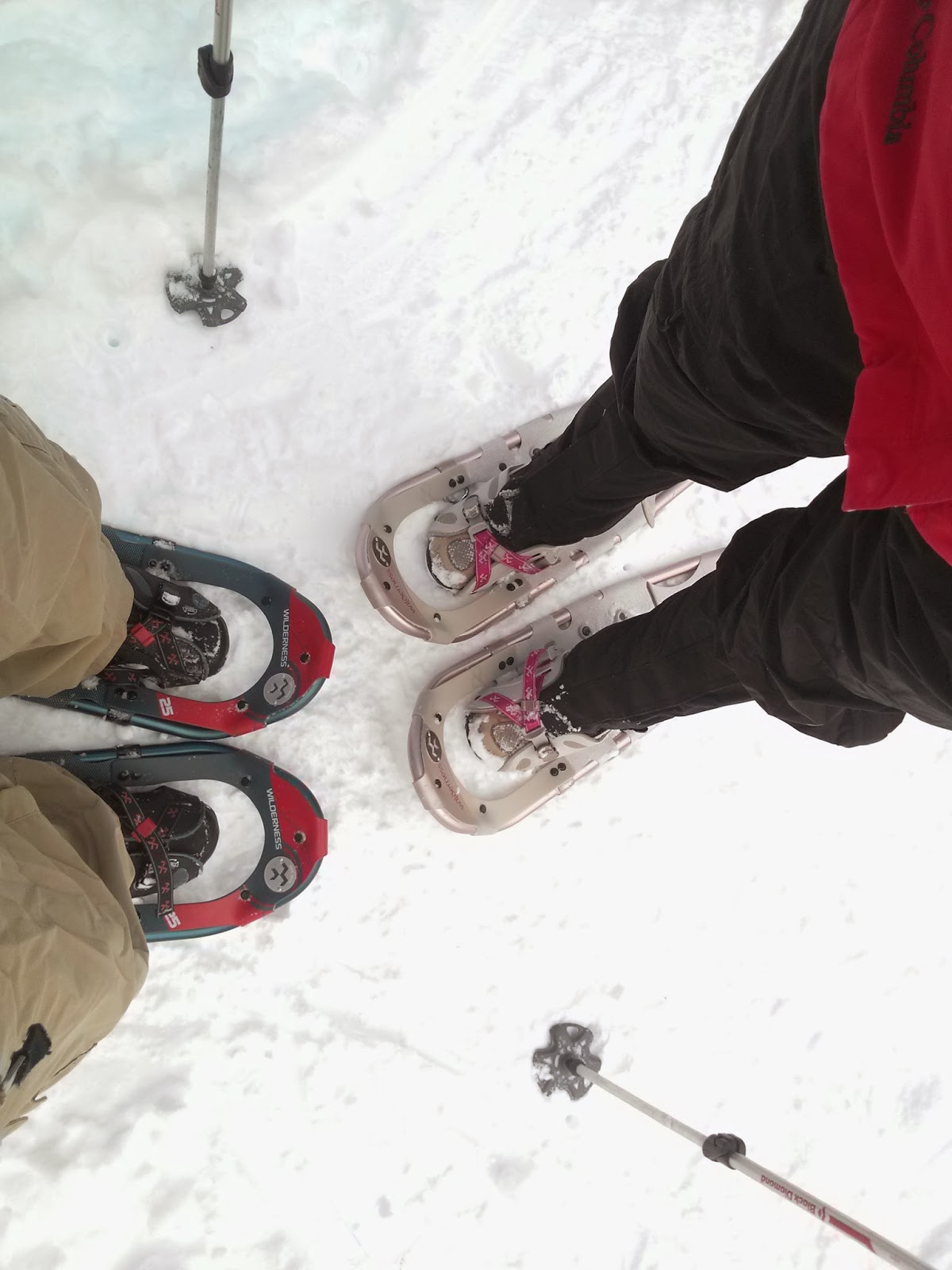 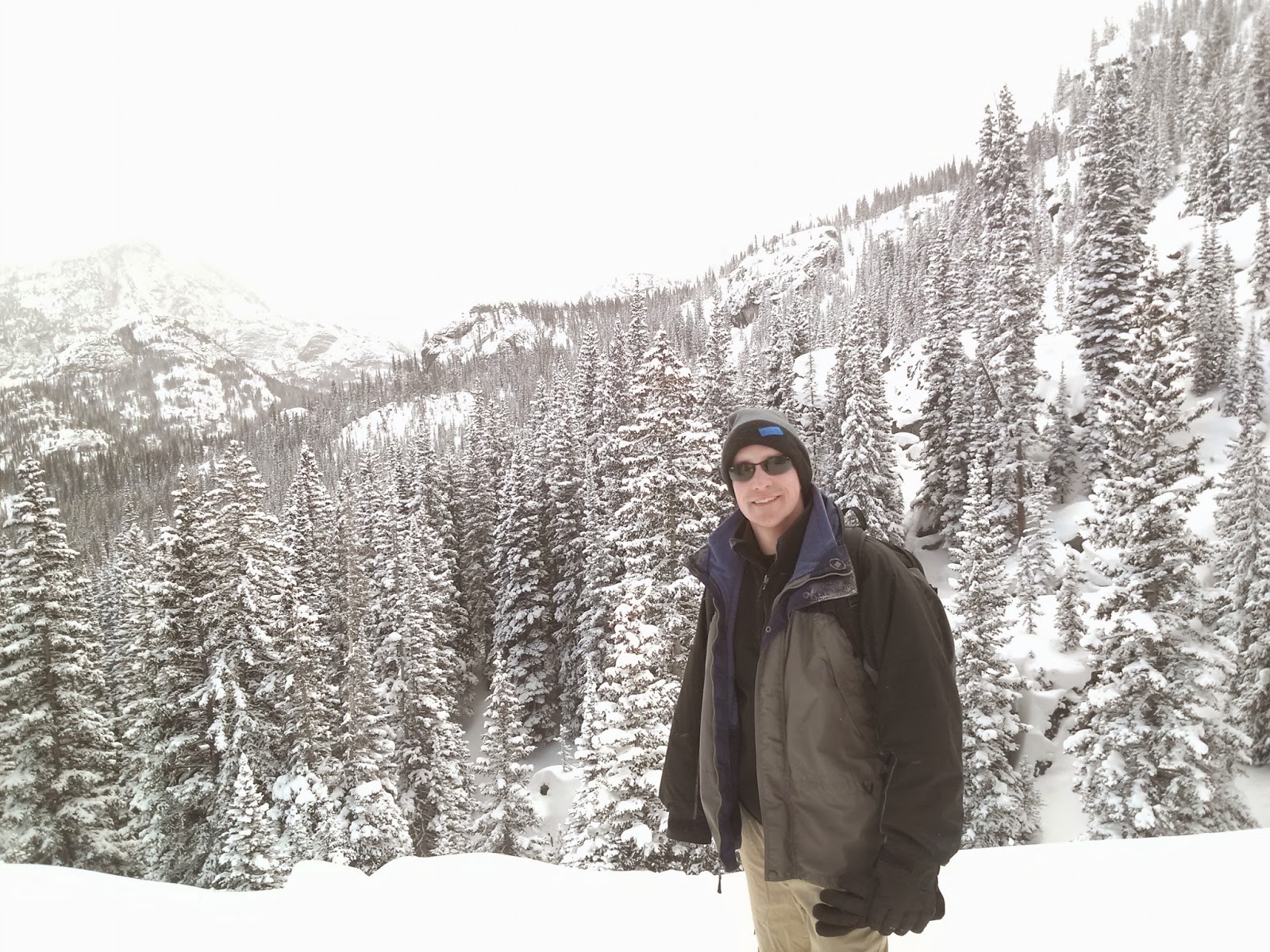 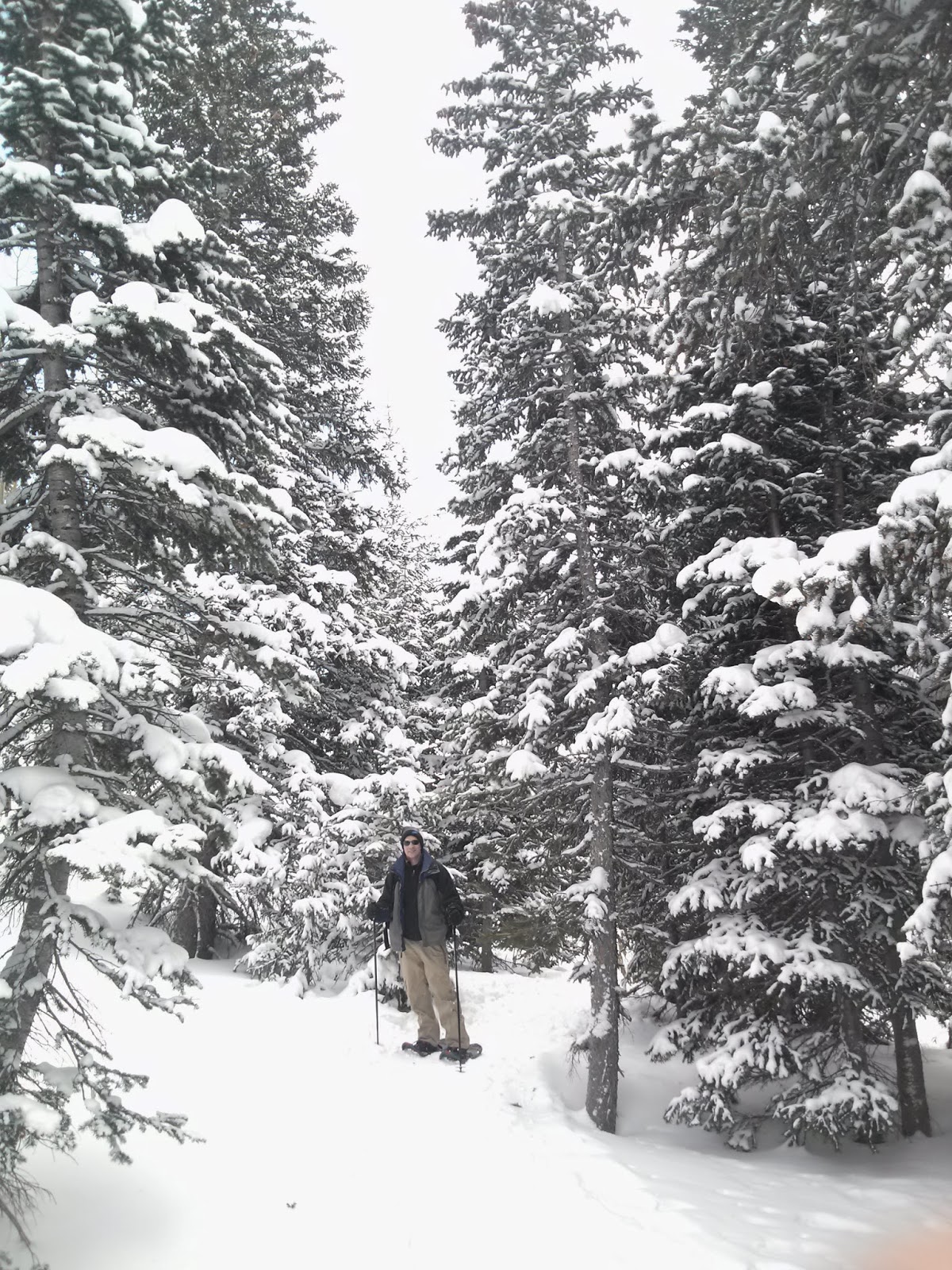 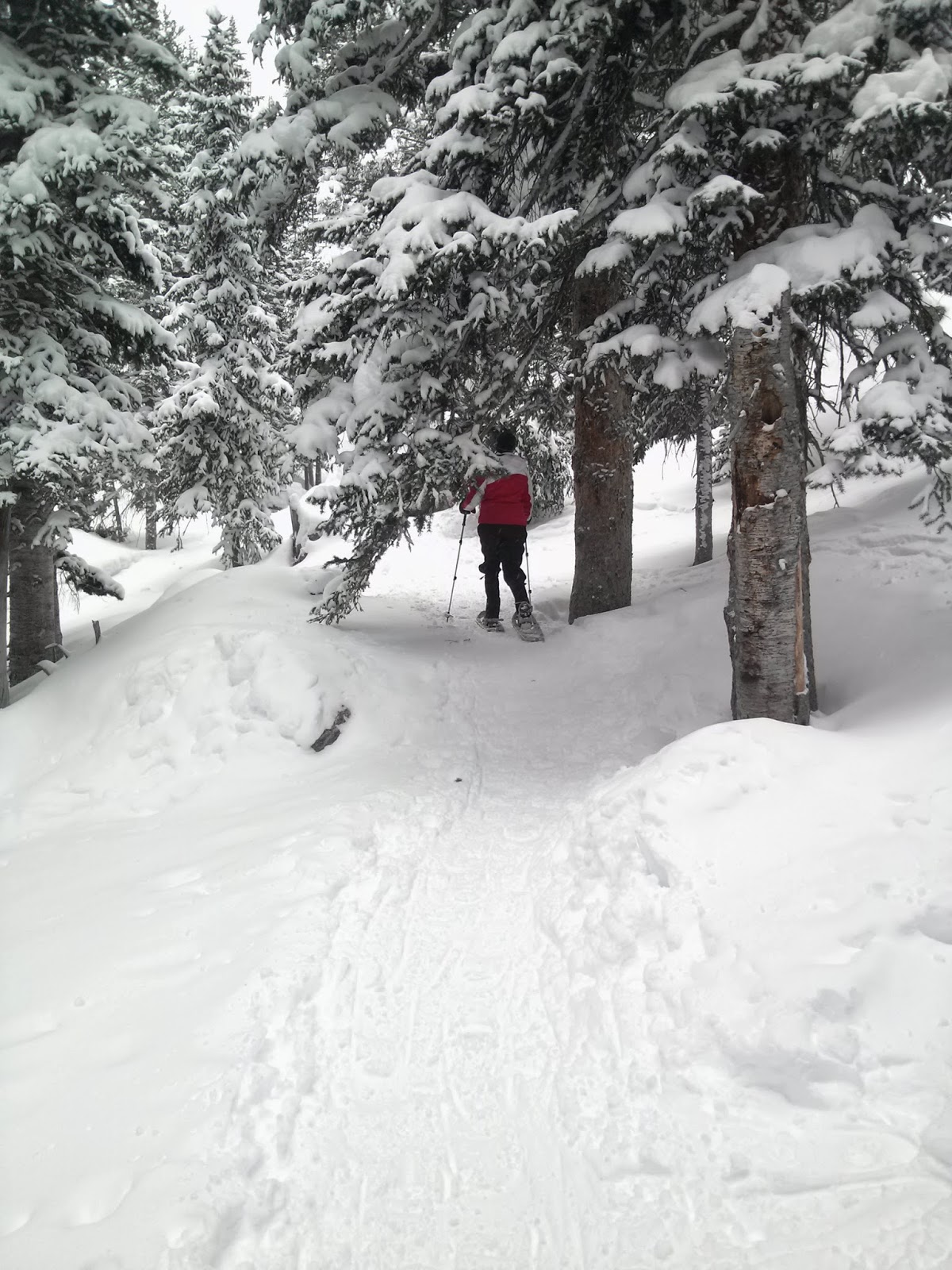 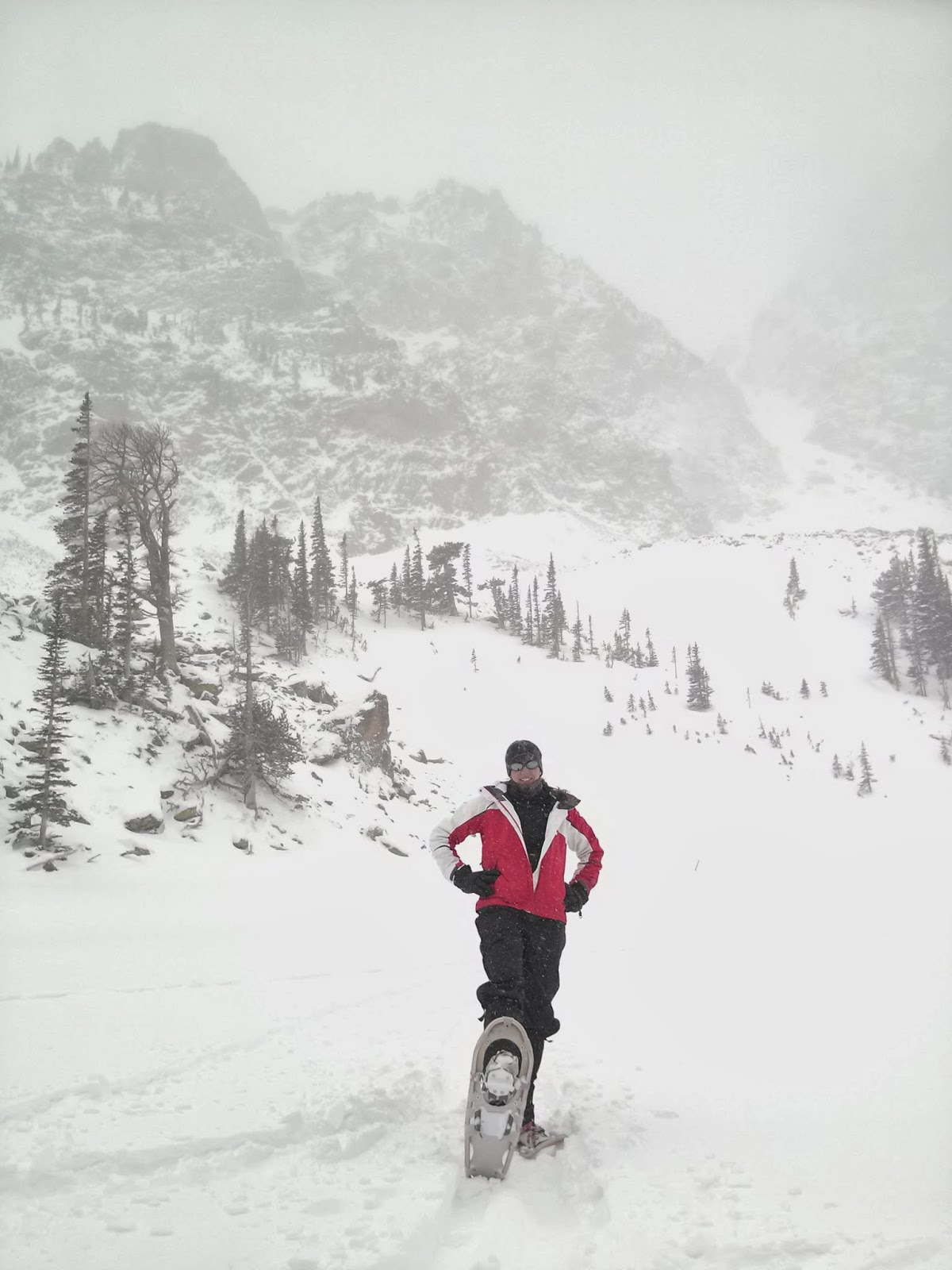 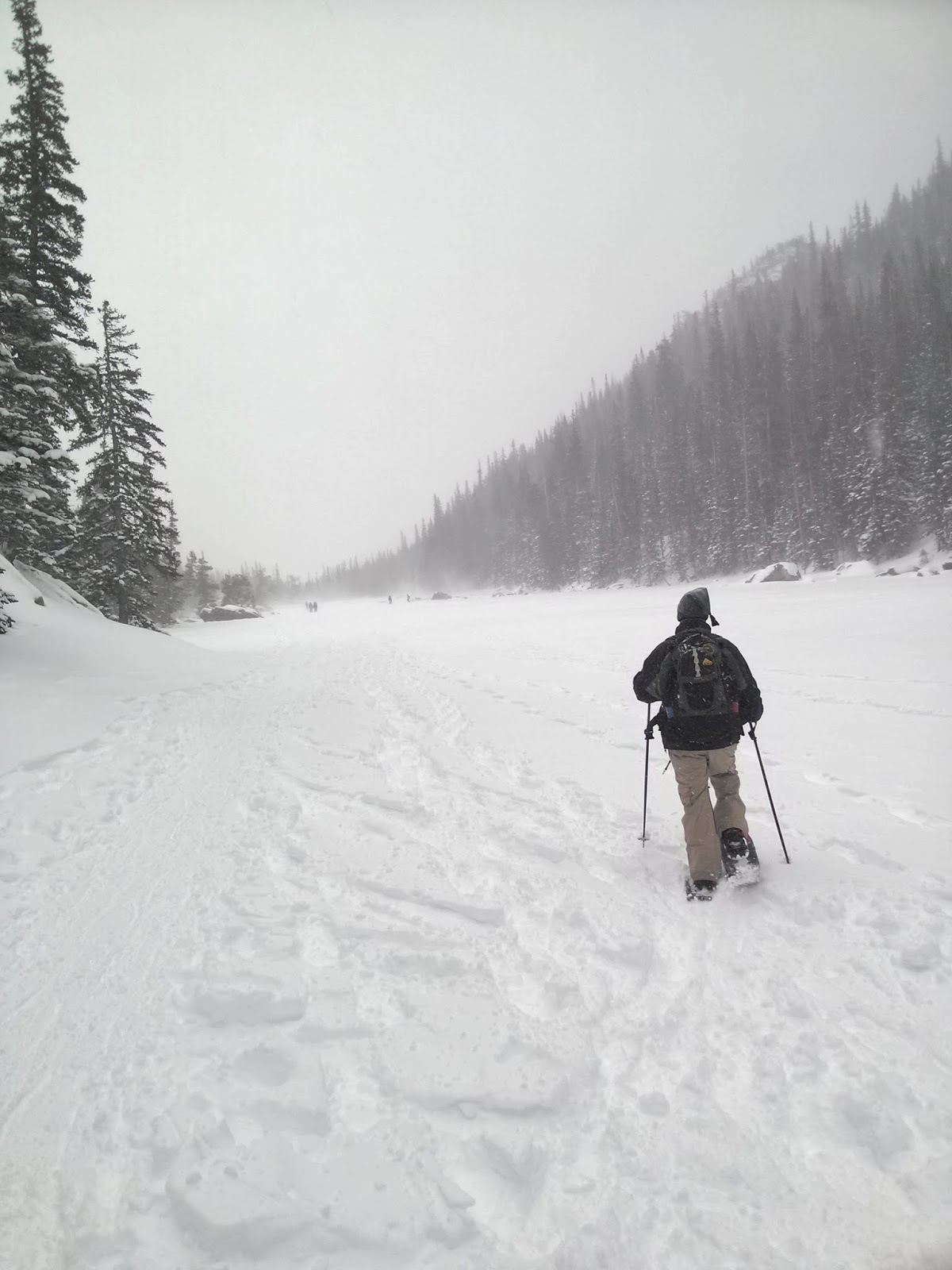 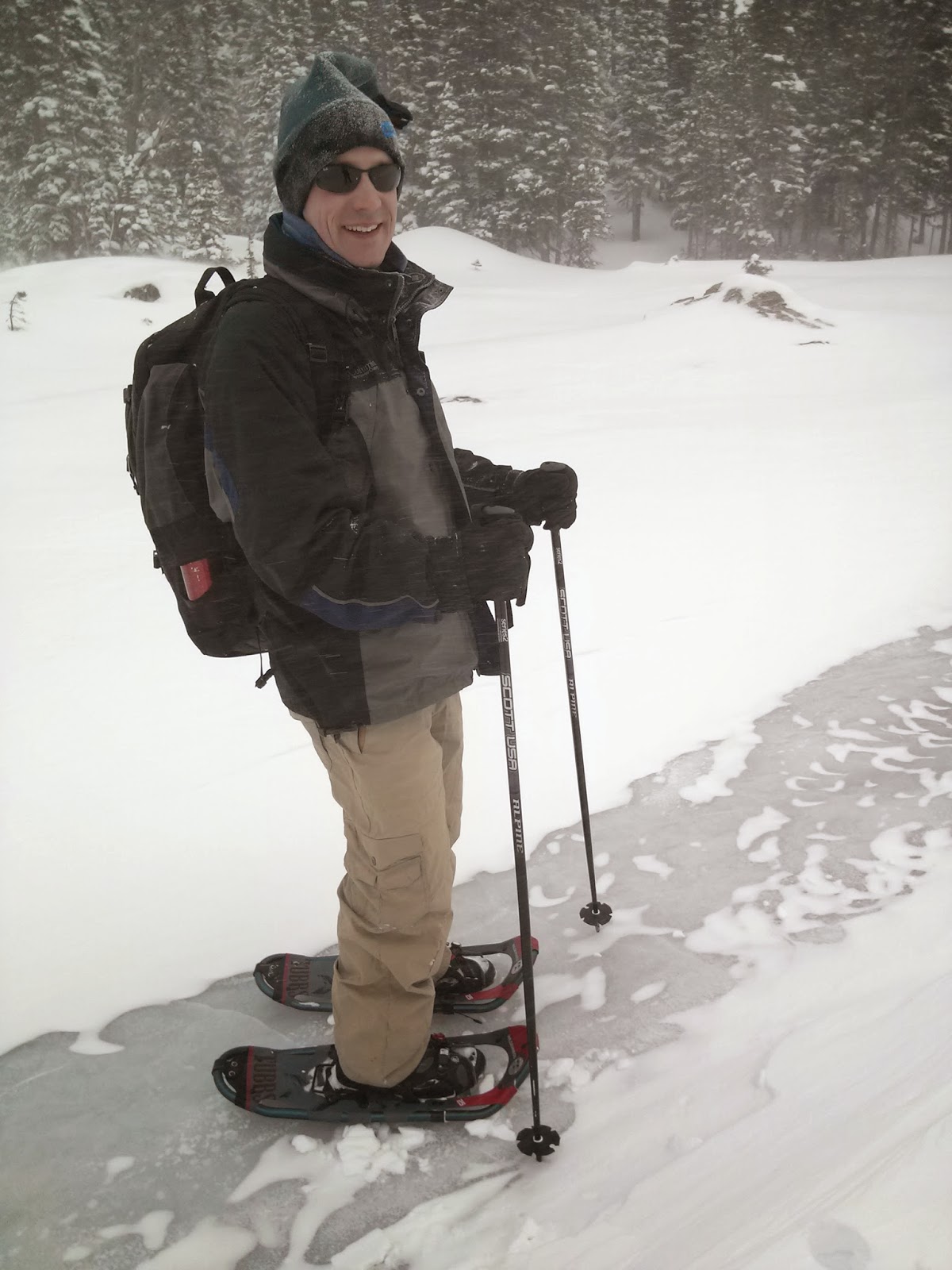 On the way out of the park, we noticed a car that had somehow slid, hit a stop sign, and buried itself in a snow pile. So we stopped, offered our snow shovel for the cause, and were ready to help push when a guy in a jeep showed up with a winch on the front and easily pulled them out.

We’re looking forward to several more opportunities to do snowshoeing this winter. But we also plan on going back and doing this same hike in the summer, to see how different it looks then. 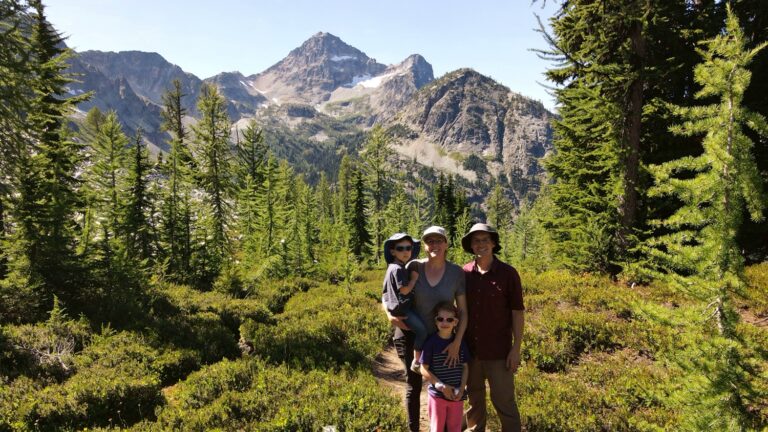 North Cascades National Park hiking should be on everyone’s bucket list. Some call the North Cascades the “American Alps.” The mountains are incredibly rugged and scenic and contain over 300 glaciers! With over 400 miles of hiking trails of varying lengths and difficulties, there is something here for everyone. Watch the video below to see…

By the time this blog post airs, we’ll have hopped a flight back East to attend some weddings. We’ll be visiting K’s parents in MA, visiting my Dad who also happens to be in the area with his RV, and celebrating the wedding of friends A and B in RI as well as that of… 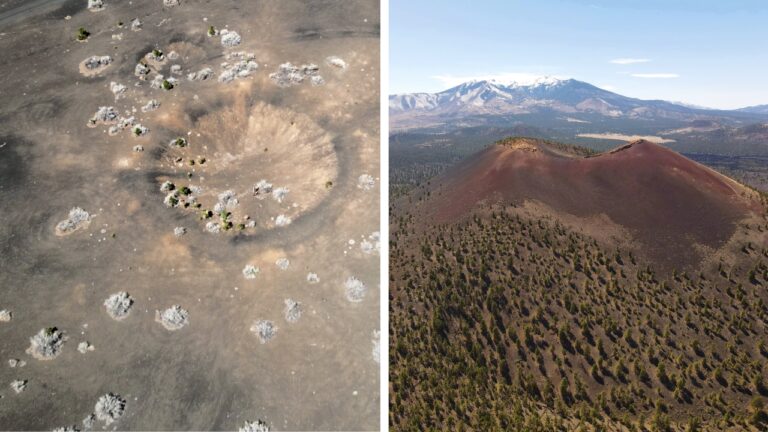 Setting up our house in the middle of a lava field was a pretty unique experience. With Sunset Crater Volcano National Monument just north of us, giant cinder cones dominated our views to the North and East. The tallest mountains in Arizona were to the west. We couldn’t ask for better views! On top of…