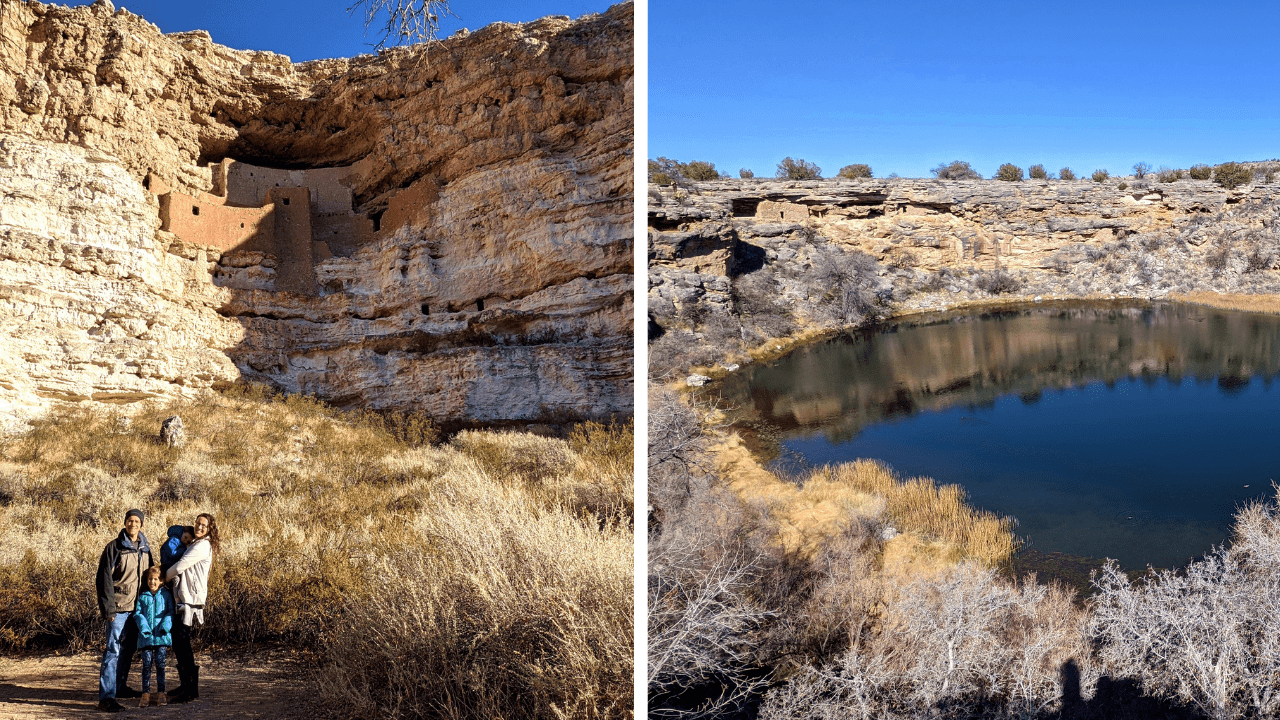 Montezuma Castle National Monument lies right off of I-17, about 35 minutes south of Sedona. Technically, Montezuma Well is part of the same National Monument, but about 20 minutes northeast of the main section. Most people start at the castle and many do not even make it over to the well area.

It is no wonder the castle section gets so much visitation. Visiting is so easy! After paying your entrance fee (or showing your America the Beautiful Pass), the main attraction is less than a minute down the path. When you start off down the paved path, it is eclipsed by the hill side but gradually comes into view. And what a view it is! Sitting in an alcove up in the cliff is a 5 story ancient pueblo that was inhabited from roughly 1100 to 1425 AD. Click below for our adventures in Montezuma Castle National Monument:

The History of Montezuma Castle and Well

Ironically, it’s not actually a castle or a well. Nor does it have anything to do with Montezuma or the Aztec culture. They were named in the 1860’s before European-Americans had any understanding of their real history.

The area around Montezuma Castle was actually a village and farming community for the ancient Sinagua people. Homes were likely built into the cliffs to escape flooding. For reasons unknown, the village was abandoned about 600 years ago. Some members of modern Hopi and Yavapai communities can still trace their ancestral lineage here. The area was declared a national monument in 1906.

Montezuma Well is actually a large spring that formed in a sinkhole. It holds 15 million gallons of water and is replenished with another 1.5 million daily. The water level stays constant as the excess water is drained via a narrow cave to the creek and canals below. It also hosted an agricultural community around the same time as Montezuma Castle. The ancient people dug irrigation canals that can still be seen today. Because there is so much limestone dissolved in the water, it actually filled in the cracks in the canals all by itself! Although the canals have been rebuilt multiple times, they are still in use today.

You could quickly see Montezuma Castle and be on your way again in an hour. However, the two units combined make for a great day trip. Go see the castle first and go early! The parking lot is small and often times fills up. The well on the other hand sees a lot less visitation and has a fantastic picnic area. Since we were in the area for a while, we came back to the Montezuma Well picnic grounds multiple times to picnic and let the kids play. They do close the entry gate at 4pm though. 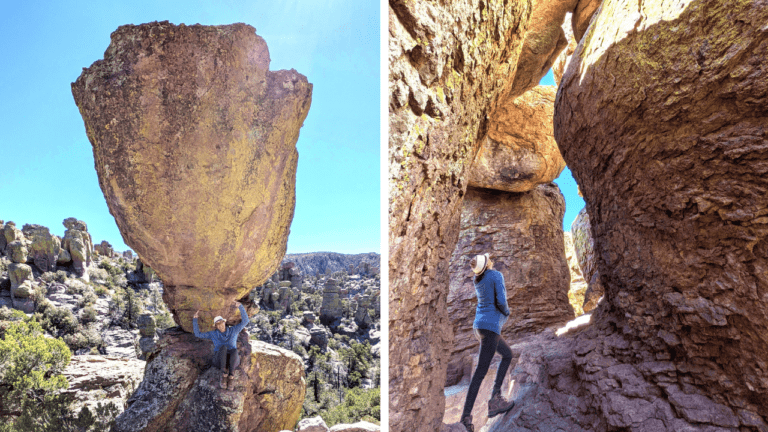 Chiricahua National Monument had been our list for a while. It’s pretty remote. However, since it’s also in the southeast corner of Arizona, it makes for a perfect winter destination. The 8 mile drive up the scenic road is the perfect lead in to some pretty epic hiking. The reason why it is referred to…

Two other things that happened this fall that are worth a definite mention because they were so fun and are a must see for anyone who is in the area of their show circuits, are the Cavalia Odysseo Horse Show and Chihuly Sculpture Exhibit. Cavalia Odysseo, if we had to describe it in just a… 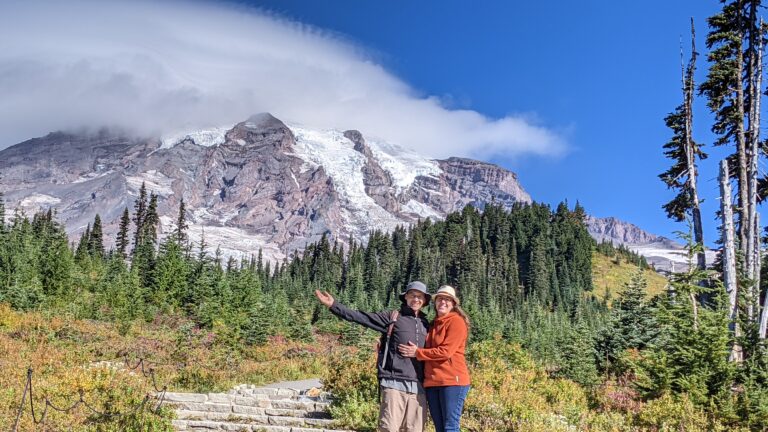