Maybe there’s something in my blood that makes me want to move on…Army blood…from all those years moving around as an Army brat? It could be! Before moving to the DC area, I had never lived in any one place more than 3 years, and sometimes much less than that. Before I knew it, I had more than surpassed that old record, and by the time we leave it will be approaching 7 years in this area. Wow!
If that’s a factor, it’s only a part of the story. We had talked about maybe eventually moving to another area. We are forest and mountain people.  Hikers and climbers and cavers and campers. So it makes sense why we’d be drawn to Colorado. The lifestyle and mentality of that area will suite us I think. We’d like to start a family soon too, so it makes sense to us to make this move before we do so.
So why the six months off in between? We kind of think why not? We’ll be working for a long time yet to come before we can call ourselves retired, so what is 6 months in the scope of things? Since we have to get our trailer to CO anyway, why not take a little longer to get there? When we have kids, we both really want to continue to be active and outdoorsy – we’ll start them young, but we know it’s not realistic to expect things not to change. There will be so much to love about having kids, but it will also mean slowing down and scaling back on some things. So we’ll get a lot of the things we want to see and do, including some pretty epic hikes and climbs out of the way.

Finally, and most importantly to me, is that you never know what can happen. We pray for healthy kids. We hope for long healthy lives for ourselves. But you just never know.  This is something I’ve thought about a lot since losing my Mom four years ago. She and my Dad had dreamed to someday RV together in retirement. And I am so glad that he is now living their dream. But we are all living the plan B version, and we miss her. I do very much believe though that we will see her again someday (1 Thessalonians 4:13-14, But we do not want you to be uninformed, brothers, about those who are asleep, that you may not grieve as others do who have no hope. For since we believe that Jesus died and rose again, even so, through Jesus, God will bring with him those who have fallen asleep). So we are going for it now. 🙂

K’s point of view:
To understand why I want to do all of this, I suppose you need to know a little about me first. I grew up on the west coast. When I was 9, my family moved from California to eastern Washington.  College originally didn’t work out because I had a lot of trouble figuring out what I really wanted to do.  I was delivering pizza for a living when my oldest brother got a job offer in Manassas, VA and offered to let me stay with him and his family for a change of scenery and some new opportunities.  Considering my prospects in eastern Washington weren’t very good, I took him up on his generous offer, packed my little Honda Civic full of all my worldly belongings, and set off.  That was 8 years ago now.

After a few hard-fought years I completed a degree in electronics while working 60 hours a week at a test equipment calibration facility.  I met my wife, got a much better job, and life became a little easier.  However,  I still periodically thought about some day going back west. Couple that with the worst traffic in the nation, outrageous housing prices, and the fact that it is a 3 hour drive to really get out of the city and into the area where we like to pursue our hobbies and you might start to see why I’m tired of this area.  Don’t get me wrong, I know there are a lot of nice things about the area and some people think its great.  I’d just rather move back west to real mountains and the different culture.  The fact is, I have been wanting to do this for several years now.  It is just time to move on.

So where does this crazy 6 months in a camper thing come into play?  Well I think the idea started about a year and a half ago, even though we didn’t realize it at the time.  C and I joined her father for a week long RV trip through southern Utah and loved it so much that we had thought about buying a smaller version for ourselves.  Our original plan was that we would be having kids by now, but when the time came we realized there were still some things we wanted to do and so many places we wanted to see before we had to take care of little ones.  Really the whole idea of doing this trip sounded completely nuts to us at first, but the more we thought about it, the more it began to make sense.  We were going to move anyway, with some careful planning and budgeting it would be financially doable, and there was no way to know if we would have this kind of opportunity ever again.  Sometimes the best opportunities involve a little risk and I believe we would regret it if we passed this one up.

Now we count down through our last few weeks in the DC area.  It’s been really hectic getting everything ready, but it will all be worth it once we hit the road.  I can’t say that I will miss the area that much, but we will definitely miss our family, friends, and coworkers.

While still setup at Devil’s Den in Arkansas, we decided to drive an hour and a half to visit Natural Falls State Park in Oklahoma.  The park itself is surprisingly small, but you can quickly see why it was turned into a state park via a 2 minute walk down a paved trail: Dripping Springs…

At the end of our stay in Arkansas, we hitched up for what will probably end up being our longest stretch of solid traveling.  Two days to the eastern edge of North Dakota, and one more day to travel to the western side of the same state.  Goodbye shorts and t-shirts, hello long pants and… 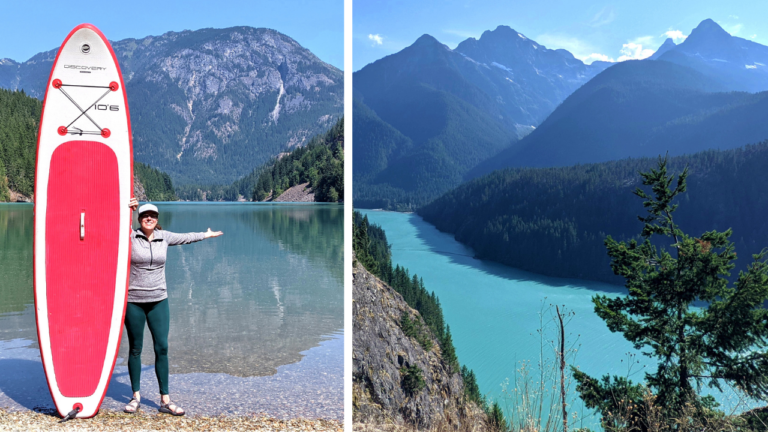 North Cascades National Park lakes will stun you with their bright blue water surrounded by rugged mountain peaks. The turquoise of the lakes is almost too bright to believe. It will wow you as you drive through the park and stare at it from amazing overlooks. If you can, you should also take some time… 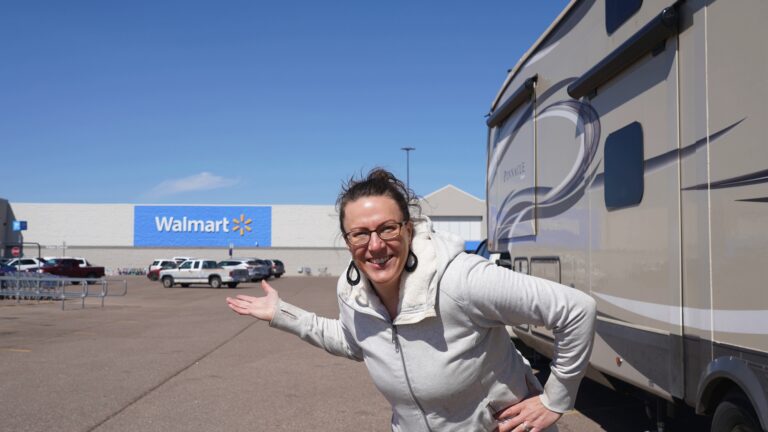