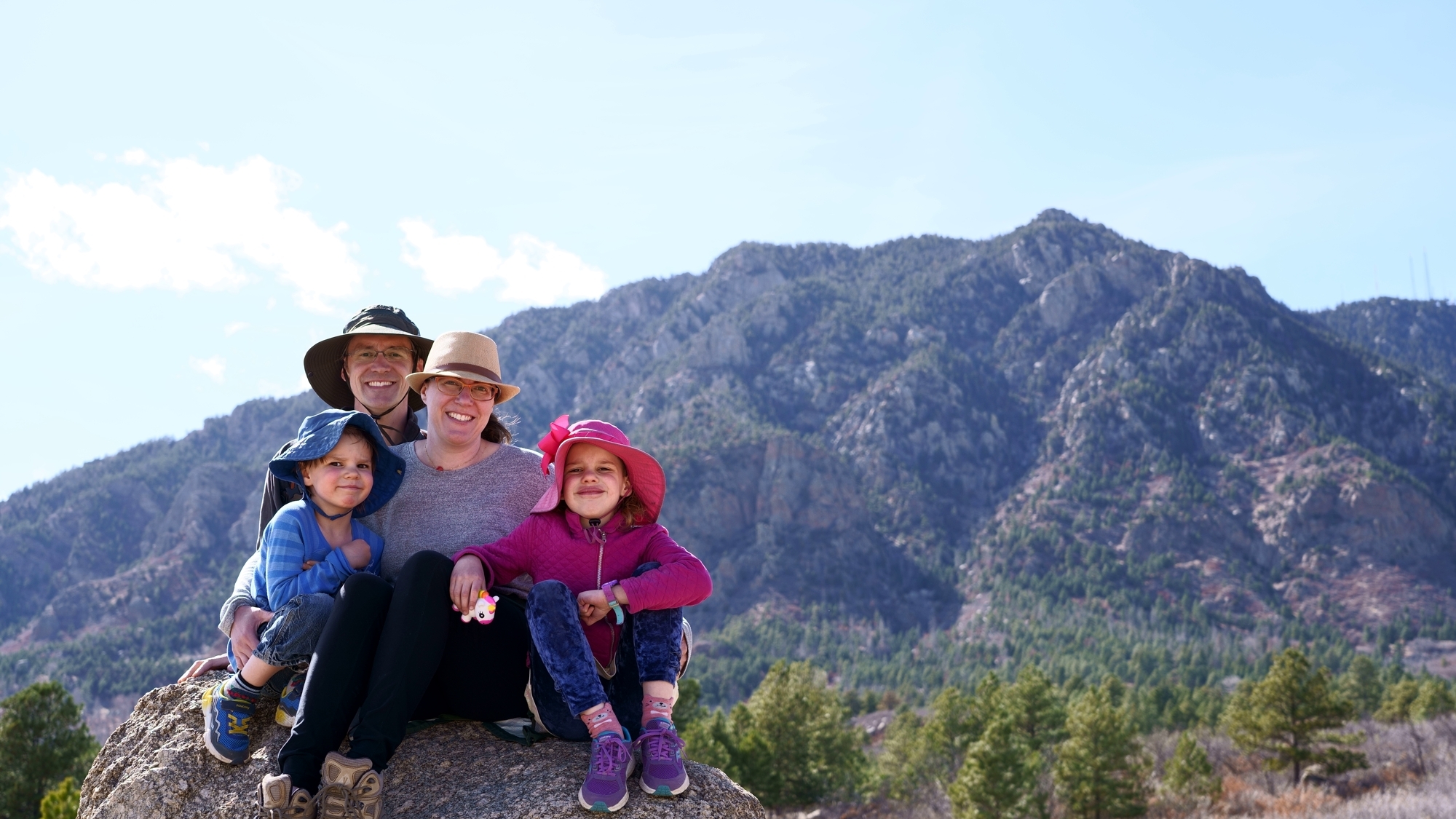 The thing you need to know about Colorado state parks, is that they are fantastic. But make sure you book early because they’re also very popular.

So obviously we have made it to Colorado. Like we told you guys in previous videos, we were making our way from Oregon through California and Nevada and Utah to Colorado so that we could be here for some of my pregnancy appointments. We have done that. We’ve made it, accomplished that. And now we’re excited to show you some amazing things in Colorado. We’re here right now and in and out of the state basically through the rest of the year. Because as some of you know we launched out of this state, and it’s still one of our favorites. And there’s so many amazing things to show you.

So we actually launched out of the Littleton area up closer to Denver, and today we’re in Cheyenne Mountain State Park down by Colorado Springs.

We want to tell you a little bit about the sites here. State parks in general have amazing campsites. You’re not squished in next to your neighbor typically. You often have your own large area especially in a pull through site like this one that we’re in right now. The thing to know about this particular state park with the various sites, is the pull through sites are really really great.

All of the sites are really really great, but you want to pay a special attention to the length of the site that they say online when you’re booking it. Because even though the driveway length may be 60 feet long, they’ll tell you that it’s only 30 feet. It’s because some of the sites here have kind of a grade to get in and out of them. So just be aware of that if you’ve got a big rig like ours, which is 40 feet, you will probably not fit in one of those 30 foot sites even though the driveway length is bigger. But there are so many sites and so many great options.

Then you have this view of Cheyenne Mountain the namesake of the state park. And we are looking up at it right now from this site. And the view in the other direction is not bad either. You can look out over Colorado Springs. It’s nice during the day but it’s also really nice at night when the lights turn on and the city just sparkles. Yeah. I think the best part of the views here is the mountain during the day and then the city at night.

Speaking of the popularity of parks like this, we are actually only in this site for a couple of nights. Then we are moving immediately next door to the next site. We’re just kind of cobbling together some state park stays here in Colorado because they’re so popular. Even booking in advance, some of these stays are shorter than we would have liked or we’re having to move a little bit. So definitely book state parks in general and especially this one and other Colorado state parks in advance.

You may have remembered that we said we were going to go down to New Mexico and Texas. And that’s actually the reason why we’ve got kind of a cobbled together reservation here is because we decided to save that trip for a little bit later in the year and bring you Colorado Springs instead. Truthfully we were a little bit tired with all the travel that we did getting from Oregon to here. If you’re a fellow RVer you could probably commiserate with that. After a while you just want to sit still a little bit. Let’s go on a little walk and show them the rest of the campground.

This campground is great for walking. There are so many connecting trails that take you between the different loops. There are actually 28 miles of trails in the state park all together so you can take those out on different hikes. You can even go to the top of Cheyenne Mountain these days, but that is a very long hike we’ll tell you about a little bit later. And this afternoon we are going on probably a couple mile hike that we’ll show you as well and talk about the different hiking options. But for now this one is taking us to the playground.

Cheyenne Mountain State Park has 51 full service campsites in four different loops which are: Swift Puma Heights, Raptor Glen, Gobbler Grove, and the Meadows. The very first time we stayed here was actually here in Swift Puma Heights in this loop. Today we are up in Raptor Glen. And after having stayed in all four loops we’d say the views from Swift Puma Heights and Raptor Glenn are the best. While some sites are definitely bigger than others there really isn’t a bad campsite in the whole place. The Meadows loop even has cabins.

The wind has picked up this afternoon, but we are going to go for a little hike right down the road from our campsite. It’s called The Blackmer Loop, and it’s about three and a half miles. It’s actually a little bit further than that because we have to get on another trail, I think Boulder Run, to get to it. And we’re not going to do the whole thing today. We’re actually just going to go to a pretty iconic spot. And the reason that we picked this loop is because on the park information it calls this a park staff favorite because of the great pines and the rock gardens that you walk through and this iconic spot which we’ll show you. Let’s go check it out.

Hiking To The Mountaintop

We’ve just come up the first hill and while we have an amazing view of Cheyenne Mountain here I wanted to mention the trail that you can take all the way to the top. So if you are into the idea of doing a fairly long hike and a fairly difficult hike with lots of elevation gain you can now go to the top which you used to not be able to do. And that sounds really awesome to us, but also not something that our family can do at this stage.

So I’m looking at the map right here and you actually have to take multiple trails. You have to take the Talon Trail, then the North Talon, Dixon, and then you can be up there on the Dragon’s Backbone and Mountain Loop. Sounds really cool but it’s at least like a 17 plus mile… wow… hike. Yeah that’s a long way. But maybe consider that if you’re an avid hiker and want to do something more challenging. For us this is wonderful because it gets us out of the campground. There’s nobody else up here and great views.

Another thing worth noting is that that trail is so long because it takes you way around the left side of the mountain because this is actually a military facility. There is a tunnel that goes deep into the mountain that is the NORAD command center, well an alternate NORAD command center now. These days yeah, and a training facility. And that would be pretty cool to see but it’s not open for tours or anything. So you can just imagine that back behind us in the mountain.

This is one of the iconic views from this trail, this tree growing right out of the top of this boulder. It looks as good as it did on the picture. We were just talking that we were a little worried that maybe it wouldn’t be as prominent, maybe it was back in the woods somewhere and we would miss it, but there it is!

So I don’t think this tree actually has a name. It’s just iconic because it’s a tree growing right out of the top of a boulder. This tree is featured on a lot of the pictures for the park. It’s pretty striking, and it has given us something to strive towards on this hike. Not that any of the rest of it is any less amazing, in fact even more so with the views of the mountains and the valley. All the trails around here are going to be amazing. So we hope that you enjoyed this little tour of Cheyenne Mountain State Park. Come here if you can. If not, check out other Colorado state parks. We’re going to show you several more of those this year as well so you can hopefully come for yourself and enjoy some of these views and some of these hikes.

Another great thing that we really need to mention about this park is what a great launching off point it is for exploring Colorado Springs which we’re going to bring you next week. We’ll see you all next time. 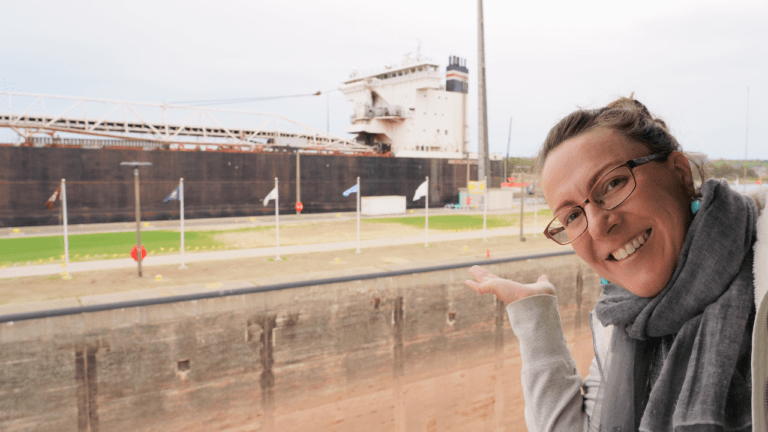 When visiting Michigan’s Upper Peninsula, don’t miss the Soo Locks! Watch the video of our visit to Sault Ste. Marie and keep reading to learn all about the Great Lakes lock system here and how you too can visit! We’d love it if you’d like to subscribe to us on YouTube also! In this post we’ll share… 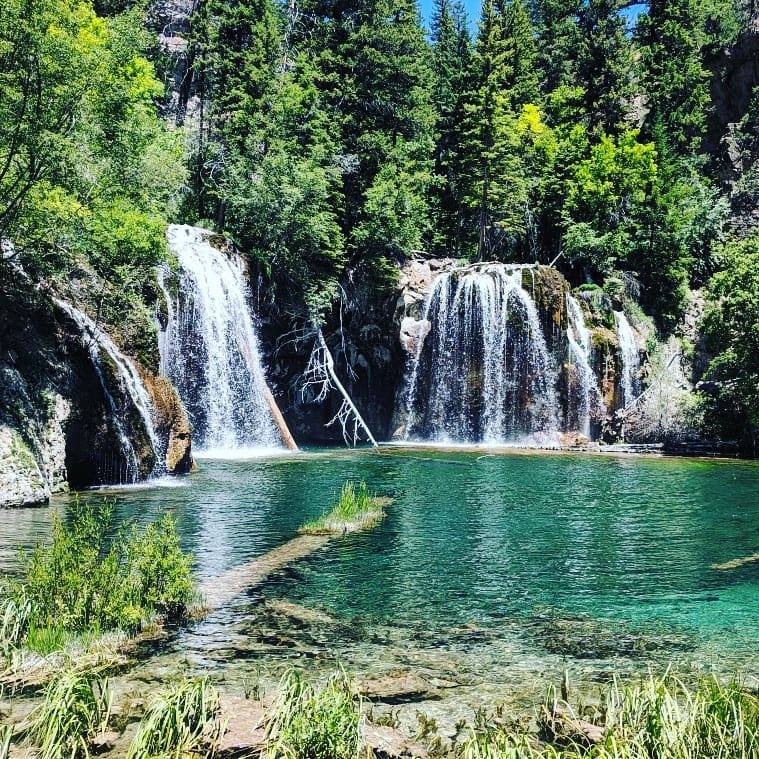 Hanging Lake is an iconic Colorado gem, that is a must-see if you ever find yourself in the Centennial State. It is a gorgeous travertine lake in a cliffside location with lush vegetation and picturesque waterfalls. It is also a National Natural Landmark. Because it is so awe-inspiring and so well-visited, a permit system was…

My cousin recommended this hike to us and now we’d like to recommend it to you! Put this on your to-do list for sure. It’s a pretty short hike up to where the snowfield terminates at the lake. Only 3/4 of a mile, but uphill and rocky. Keep left at the forks to continue uphill…