We figured there would be a breaking in period when we first got the trailer, time spent learning how things worked, ironing out the kinks, and so on. Boy did we have an interesting first time out.

Our new trailer had arrived at the dealership, so we went up the following weekend to sign the final paperwork, do our walk-through, and drive away into the sunset.  We definitely didn’t expect the chaos that ensued, as 10+ other trailers were being picked up that day.  So although we got a full walk through of our RV, it was somewhat hurried.  We followed our salesman about, asking questions, taking notes, and thought we had the gist of it.

We towed our trailer to the campground where we now also store our RV, and where we  planned to camp the first night out.  Our first challenge, was to unhook the trailer from the hitch.  We performed all of the steps we had been taught, and were cranking away on the jack, attempting to raise it high enough off of the ball. But, the jack wouldn’t go high enough…we thought, surely it must go higher, the salesman did it…so what do you do? You crank it harder of course! And…we immediately broke the handle on the jack (which we later found out was caused by a small pin in the gears snapping), so that it would turn freely without moving the jack, which meant there was no way to raise or lower it.  In effect, we were stuck partially hitched up. It turns out, that when they had hitched up the trailer to our vehicle, they still had to the factory wheel on it, so the jack was higher, but when they walked us through everything, the wheel was gone and they didn’t mention that part or adding a block of wood underneath. So, we had to undo the hitch at the Trailblazer and drive it forward to get it off the hitch and out of the road. We were luckily able to find a replacement pin, and some blocks of wood the next morning, so that we are now good as new and have learned how to properly use the hitch setup!

Strike number two, happened in the middle of the night, when it got cold and we turned on the heater. The instruction manual said to expect some initial odor, so we were surprised when it kept getting worse and worse and then set off the fire alarm at about 4 in the morning! Sorry to our RV park neighbors whom we probably rudely awoke!

Strike three (what?! the horror continues?!), was encountered when we got ready to dump the tanks after the weekend was over.  After reading the manual, reviewing our notes from the walk-through  and looking at the dump valves, K proclaimed that he thought one of the valves was actually open. We didn’t initially know which was open vs. closed for sure (please let it be the gray that is open, please please) but we suspected we had the worst of luck and the black (aka where the fun is) was open. Considering the salesman’s walk-through had included flushing the toilet and running all of the sinks to show us it all worked, we were kind of peeved they hadn’t closed both valves.  So, this meant that even after closing the valve, as soon as K opened the cap to attach the drain hose, some backed-up goodness would be waiting to pounce.  Ack! Thank goodness for a bucket and long disposable gloves!

So, despite your conclusion that this was a dreadful trip, it was actually quite wonderful. We love our trailer; it’s exactly the setup we wanted. The space is great and we really enjoyed sitting outside under the awning, cooking in, enjoying some wine at our dinette. We made it through the initial hiccups and were eager for further trips in the RV!

Since then, we have gone out with our trailer about once a month. We drove to Hocking Hills State Park in Ohio, spending one night en route in a Wal-Mart parking lot (loved the manager’s reaction when we called ahead, “We’re Wal-Mart; we let ya’ll do that. Come on out!”), and then hiking throughout the weekend through gorgeous fall forests.  We went down to Charlottesville to visit Monticello, the home of Thomas Jefferson. We took the trailer out to our caving club’s Fieldstation as our base camp for a weekend caving trip, and a good thing too because it was incredibly cold those evenings and it gave us all a place to warm up. We also camped near Harper’s Ferry. Here are some pictures. 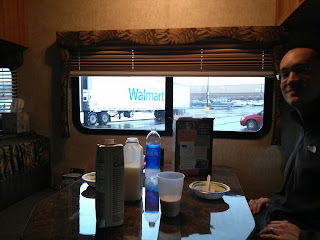 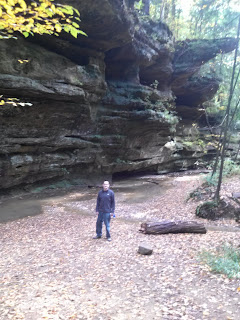 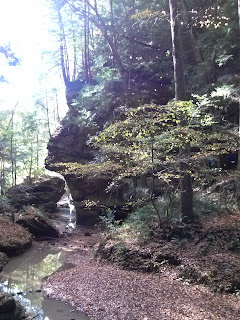 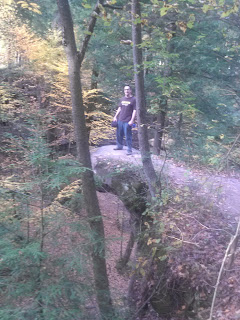 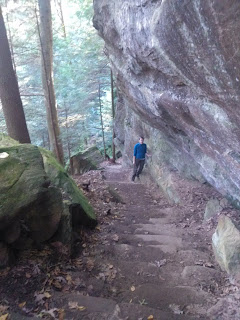 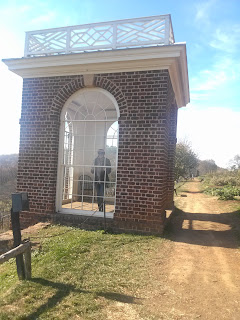 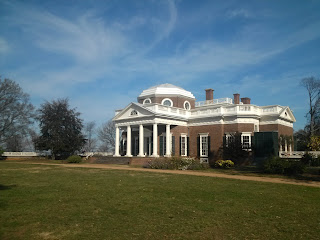 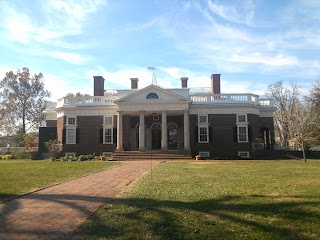 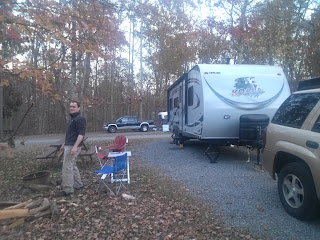 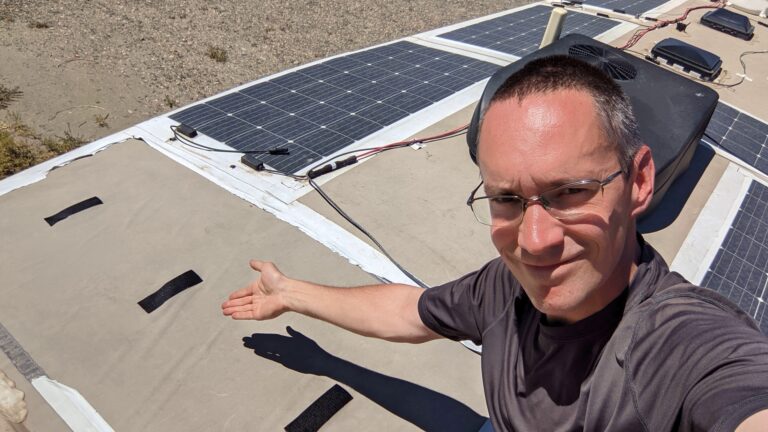 Things had been going so well. We were almost ready to make a video about our first year with 2625W of solar panels on the roof. The system itself had actually been working perfectly. Little did we know we were about to lose a solar panel. Then it happened. While travelling west into Oregon, I…

After we made our final decision and put in our RV order, which I wrote about in Purchasing Our Jayco Fifth Wheel, the estimated delivery date was end of February. The factory apparently made good time and it was ready by the end of January. So Kevin planned to go pick it up mid-February. Then…

Usually, our blog posts don’t center around the campground we went to, but rather the destination the trip was planned around, but in this post they both deserve equal measure. The reason being, it was Memorial Day weekend and since we planned our outing kind of last minute, the general agenda was mostly just get…