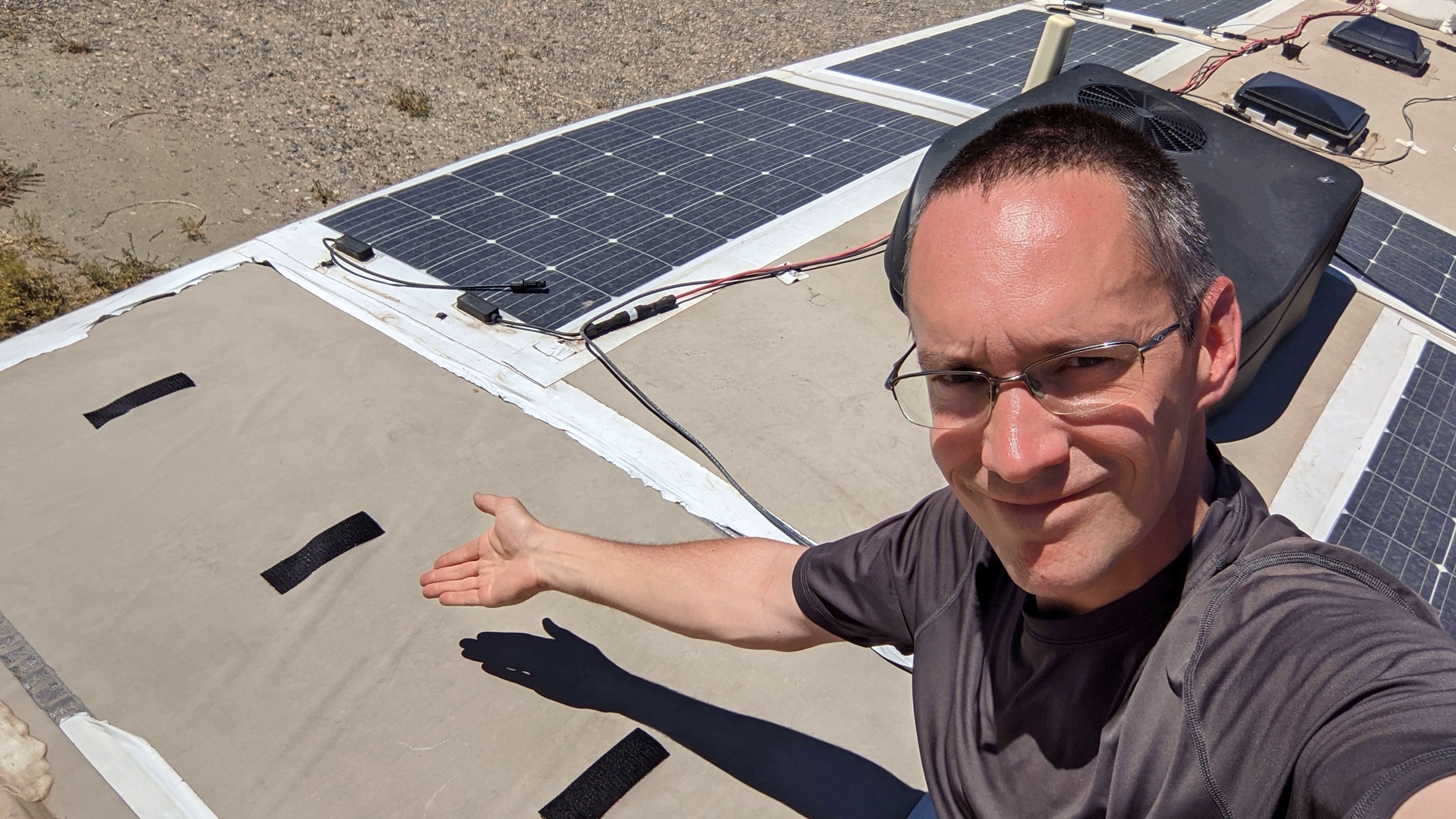 Things had been going so well. We were almost ready to make a video about our first year with 2625W of solar panels on the roof. The system itself had actually been working perfectly. Little did we know we were about to lose a solar panel.

Then it happened. While travelling west into Oregon, I noticed a solar controller reading 0 watts. The batteries definitely weren’t full and the sun was shining. The other controllers showed plenty of power coming down. Unfortunately, our entire front array was down.

Our 5th Wheel measures in right at 13 feet 6 inches tall. Besides having to plan our routes carefully, campground trees are also a constant concern. We have had a couple of minor encounters in the past. In fact, we kind of expect it. Campgrounds are famous for having trees that can be a problem for the tallest RVs.

Sometimes we have to make some tough maneuvers to avoid larger branches. Often times we will brush some smaller ones. Sure enough, the day before I noticed the damage, we had brushed some low branches in a campground. Except this time there must have been a larger branch that we didn’t see. Clearly there was a scrape all the way down the roof. It damaged the mounting tape on the front panel, then interstate speeds took care of the rest. That’s how to lose a solar panel.

Up until this point everything has been working wonderfully. While the panels themselves no longer have that crisp, brand new look anymore, we have still set some new peak power records this year. In May, while camped on the Cinder Field by Flagstaff, AZ we actually set some new power records. We were consistently pulling down 2300 watts while there!

At this point we have boondocked through enough cloudy days to know that we can still meet our basic power needs. Even with multiple cloudy days in a row. However, if it’s cloudy and also want air conditioning, we will be running our little Honda generator. The nice thing about that though is that we can just let it run at half throttle and draw a consistent 900W from it. That means we get 6 hours of runtime per gallon of gas.

If we had to find fault with our large solar installation, it would be that we can’t keep running our AC into the evening when it stays hot outside. Once the sun starts to get low we have to shut them down unless we want to run the generator. More batteries might help, but we just don’t have the weight capacity in our current RV. So for 10 months out of the year we have all the solar power we could possibly want while boondocking. We are still very happy with our setup.

Thankfully, patching up the damage was pretty easy. There were two loose wires to tie down and some torn sections of the rubber roof. Since we still have plenty of roof repair tape left over from solar panel installation, that was easy too. We will definitely replace that missing solar panel but we might wait a couple of months. Mostly because we would have to be stationary long enough to receive a new panel somewhere and we still have lots of travel plans this summer.

(2021 Update) We recently made a video about our RV dishwasher install and a review of how our Furrion dishwasher has been working out for us. Back when we lived in our Koala Travel Trailer for 6 months we did all our dishes by hand and it wasn’t bad. However, back then it was just… 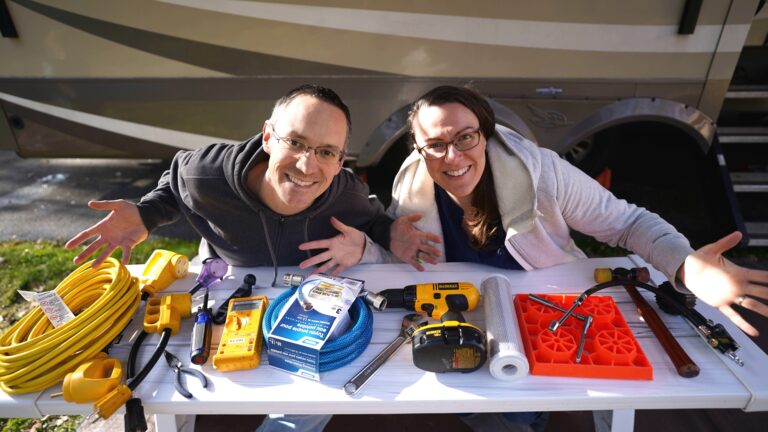 If you’re a new RVer and are about to get on the road or recently hit the road, will your RV already come with everything you need? The answer is most likely not, unless you bought it used and the former owner graciously included a bunch of things. Even then, there’s probably some essential gear…

After we made our final decision and put in our RV order, which I wrote about in Purchasing Our Jayco Fifth Wheel, the estimated delivery date was end of February. The factory apparently made good time and it was ready by the end of January. So Kevin planned to go pick it up mid-February. Then… 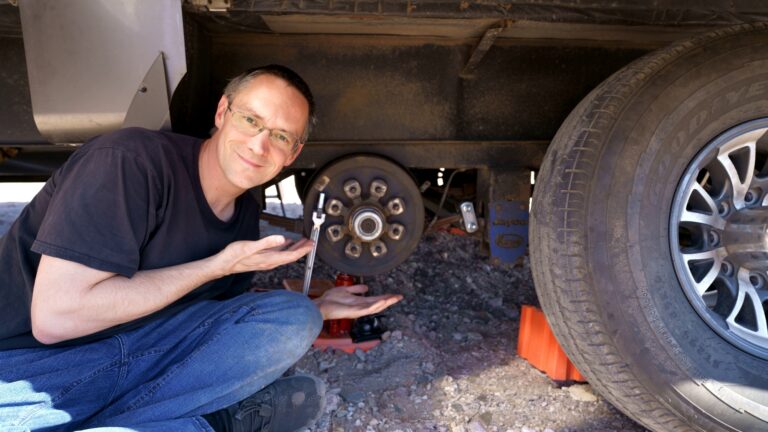 Just as we pulled into our boondocking site we noticed a flat 5th wheel tire. We show how to change a fifth wheel tire, but our tire problems only get worse as issues with a second tire are discovered. We’d love it if you’d like to subscribe to us on YouTube also! DISCLAIMER: This post…