When we finished at the Grand Coulee Dam, we decided to take a side trip over to Dry Falls, which was nearby. Even if Dry Falls itself hadn’t been worth it, the drive alone from the dam over to Coulee City was. The drive took us along the length of Banks Lake, past Steamboat Rock State Park (with Steamboat Rock sitting out in the lake and towering over the landscape), and scenery with imposing cliffs along the roadside. It was a gorgeous drive. When we arrived at Dry Falls and took our first steps out of the car, I think we all were surprised at how neat it was. We had hoped for something cool, but this was better than expected, considering none of the Washingtonians had ever heard of this place before! We watched the park video which was surprisingly good (although usually informative, park videos are often also exceedingly corny). 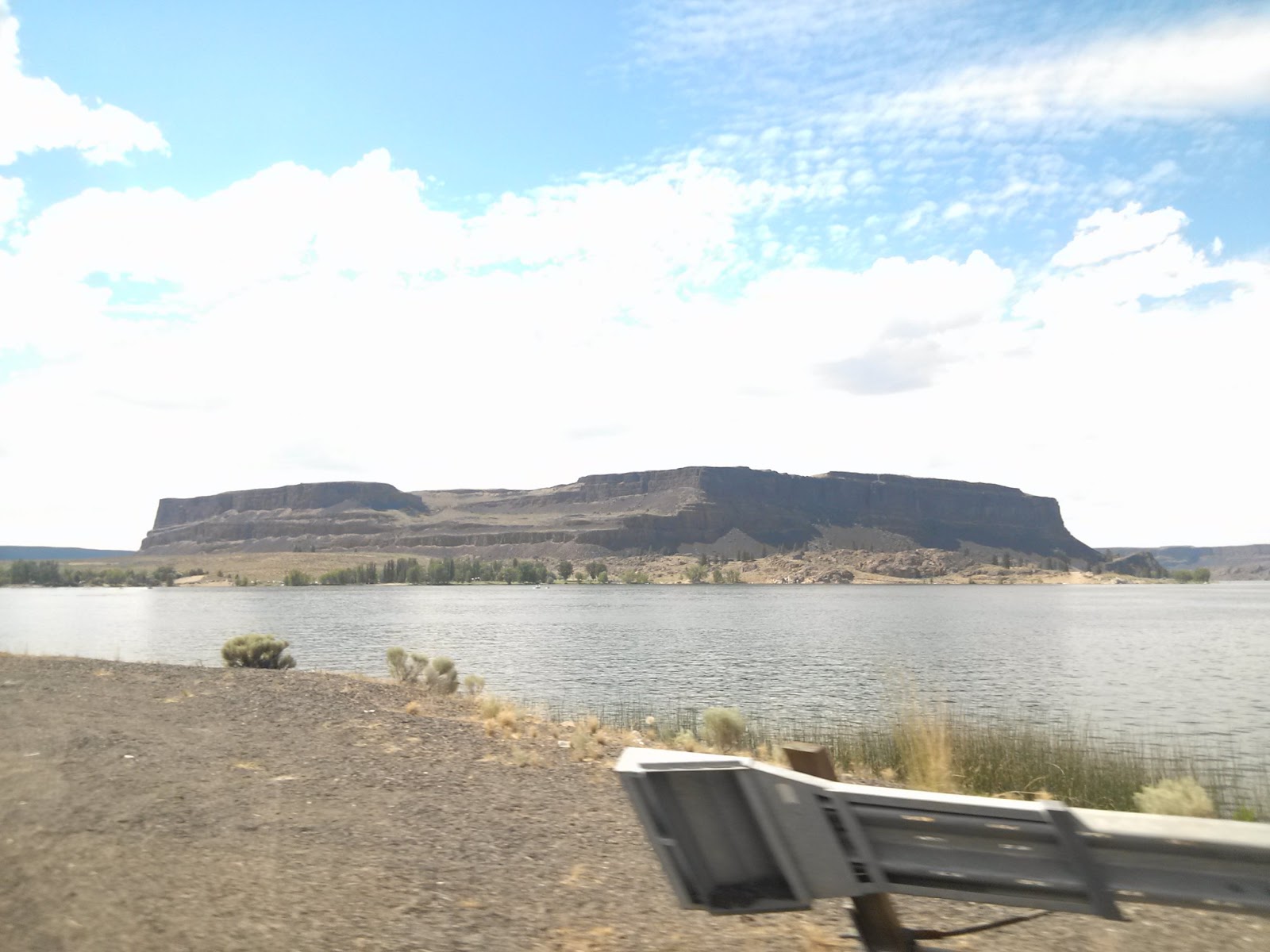 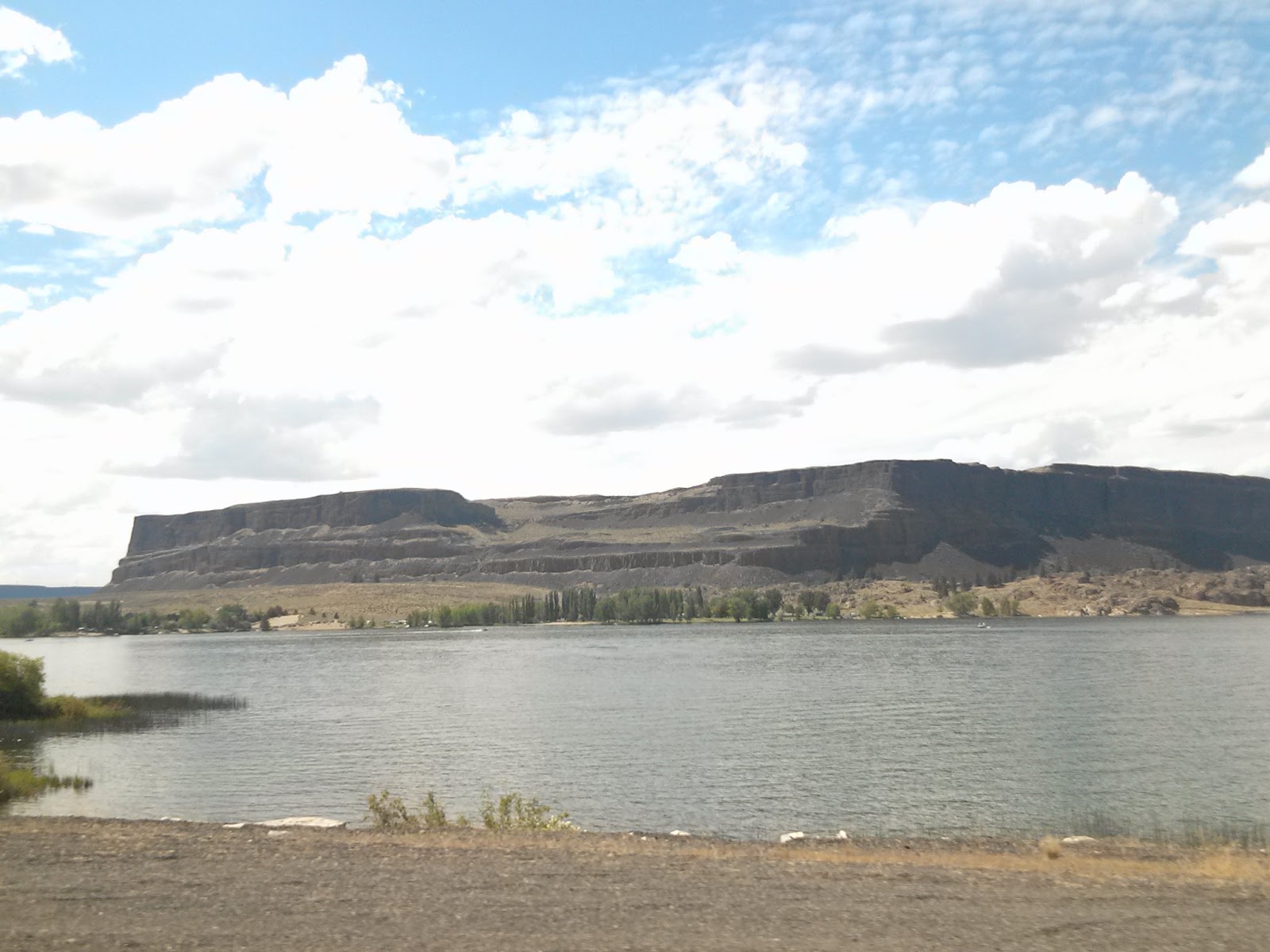 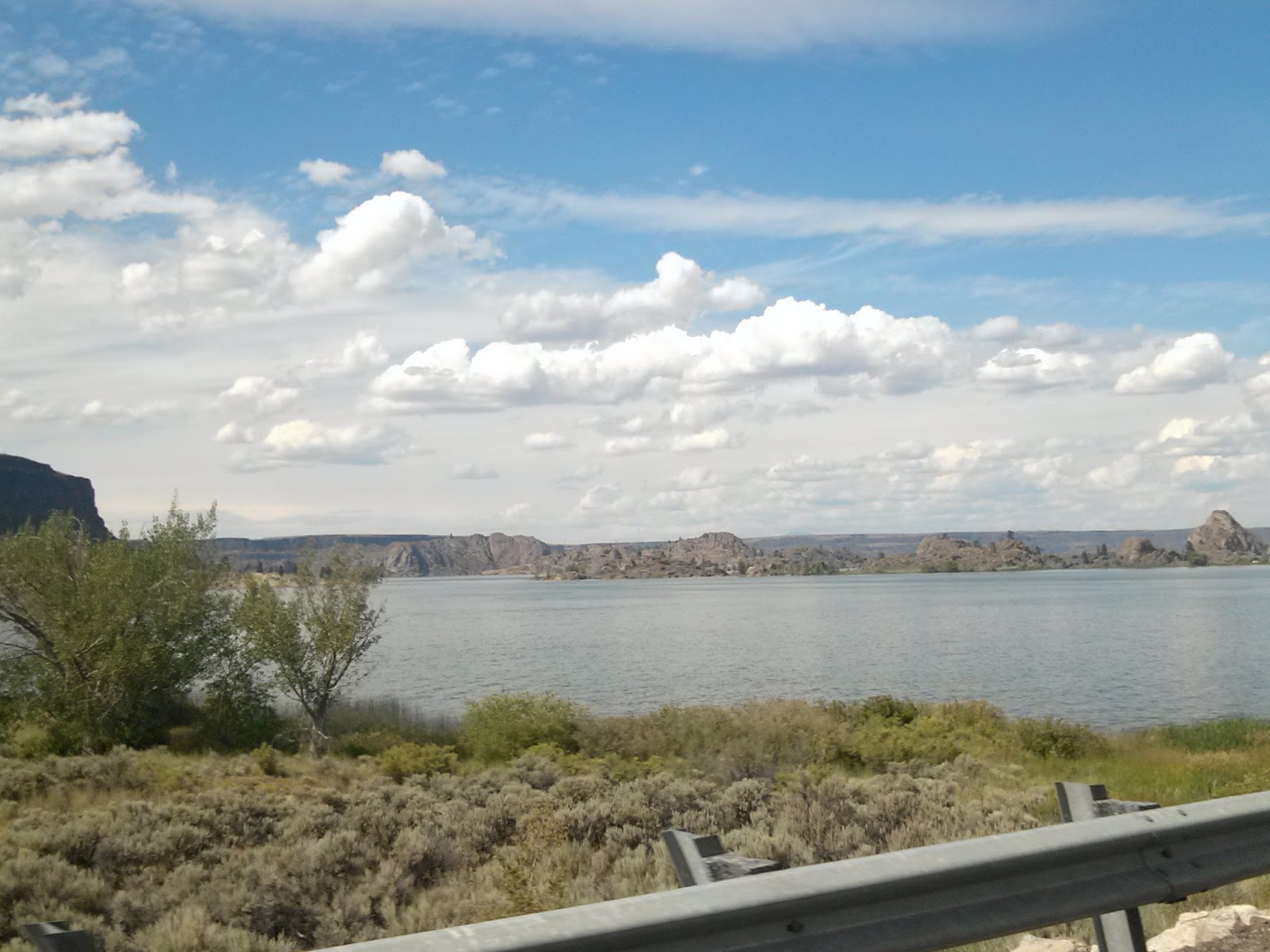 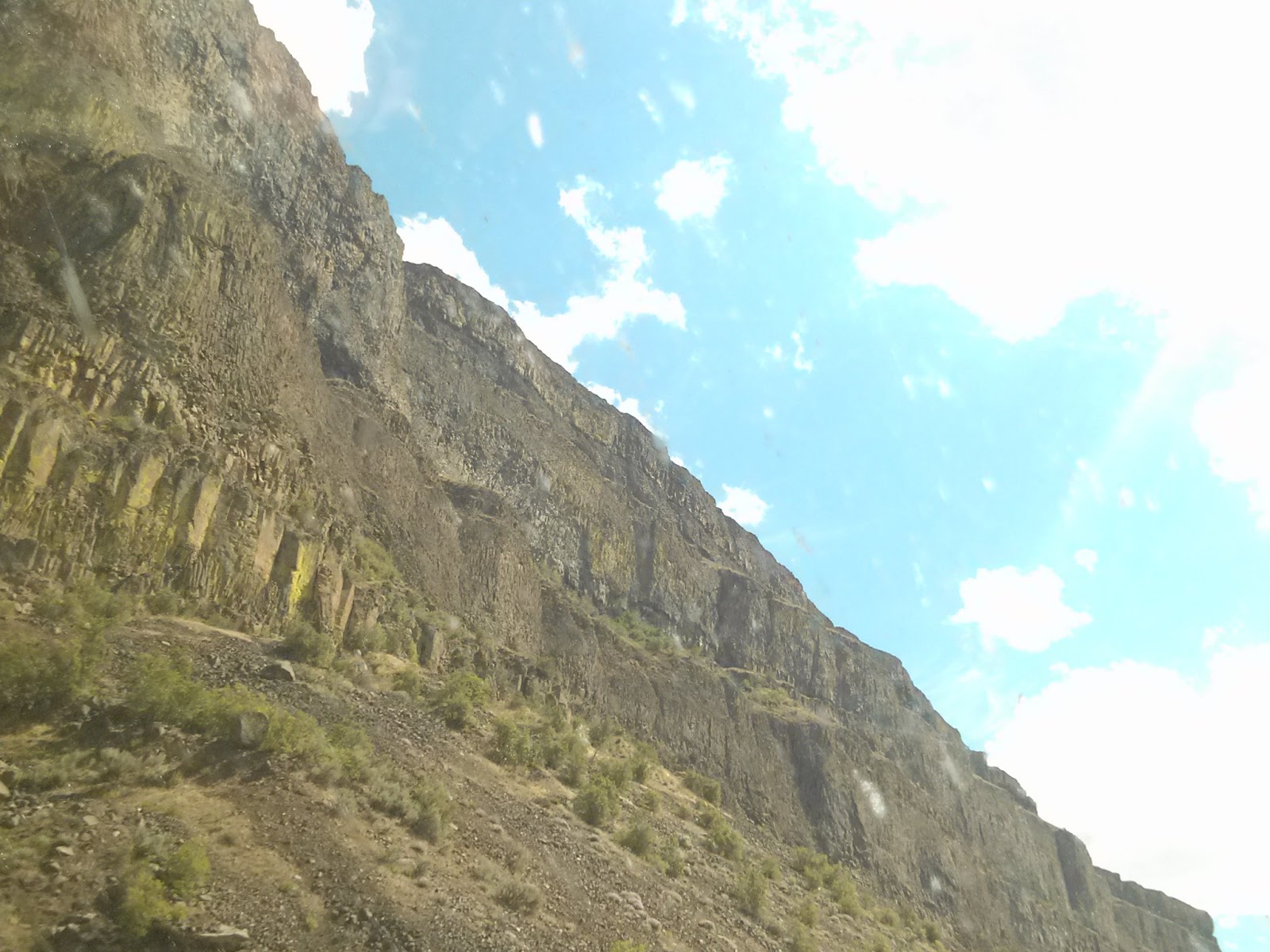 At first glance, you might think that the Dry Falls area was formed like the Grand Canyon, with a previously existing river carving the canyon deeper and deeper as it flows through over the years. This wasn’t the case here. Instead, it was created as Ice Age floods ripped through the area, in which the Dry Falls would have been multiple times the size of Niagara Falls in both width and height as the water plunged over the ~400 ft tall cliffs. The volcanic rock, which already had conveniently formed cracks, was swept away in the flooding, enlarging the canyon. On the floor of the canyon, there are large round depressions, which were formed as the water and the rocks it carried swirled and carved these bowl shaped imprints. Even more interestingly, if you were to follow the course the flood waters took, where the canyon opens into the flat lands, you would find the rocks that were carried by the flood waters, finally deposited – but some buried up to 160 feet deep (if we are remembering the park video correctly). This was definitely a worthy stop! 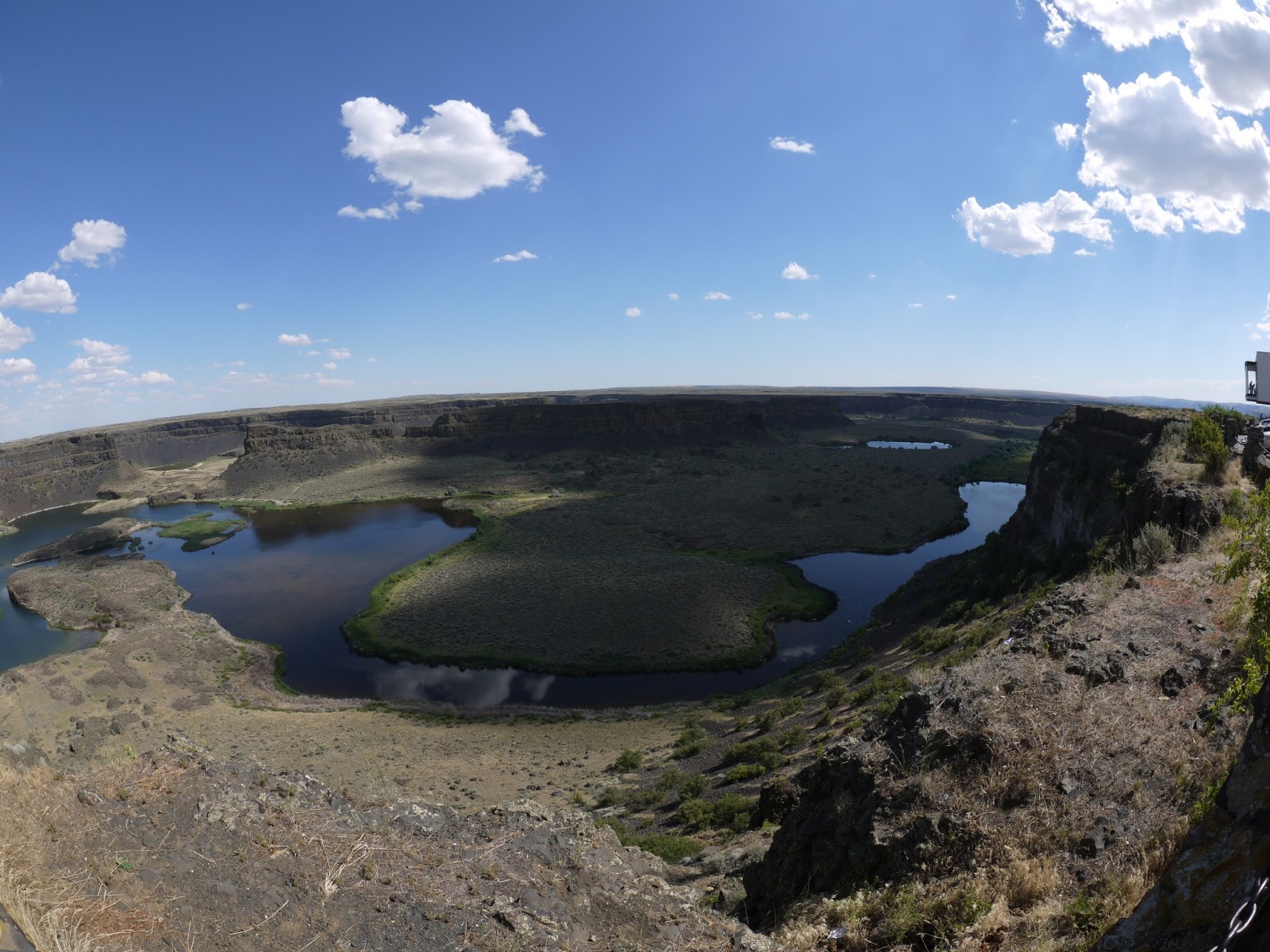 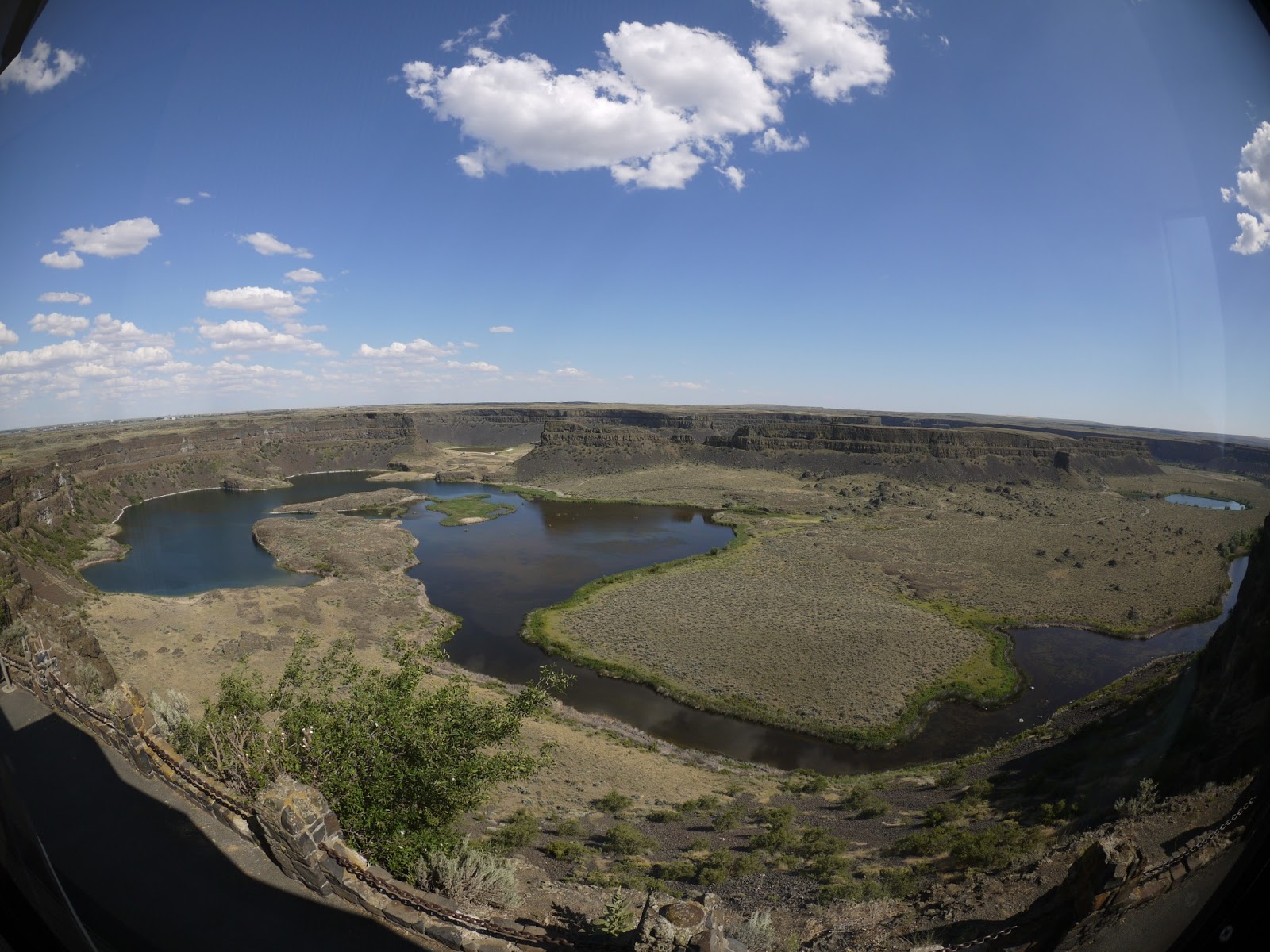 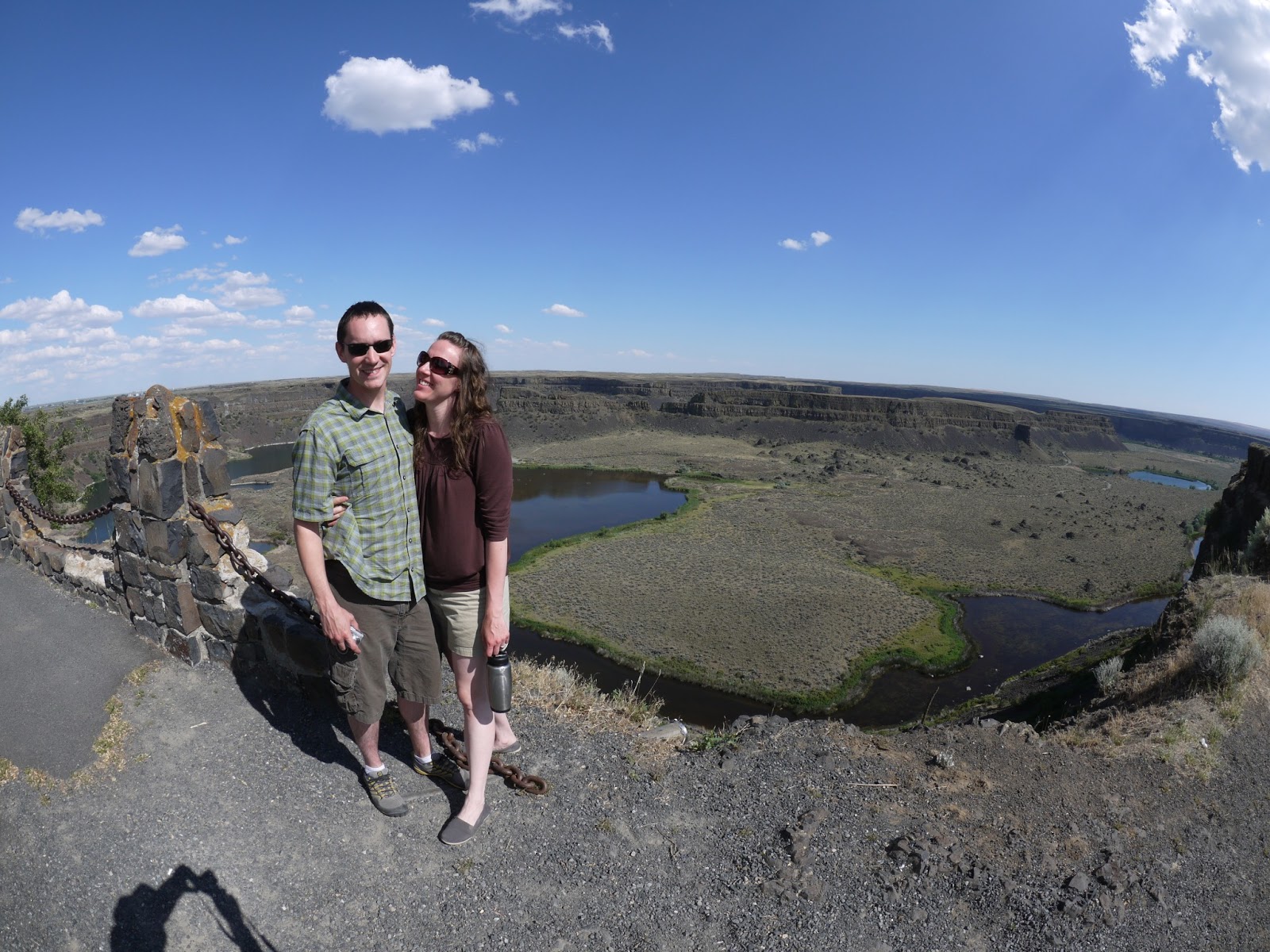 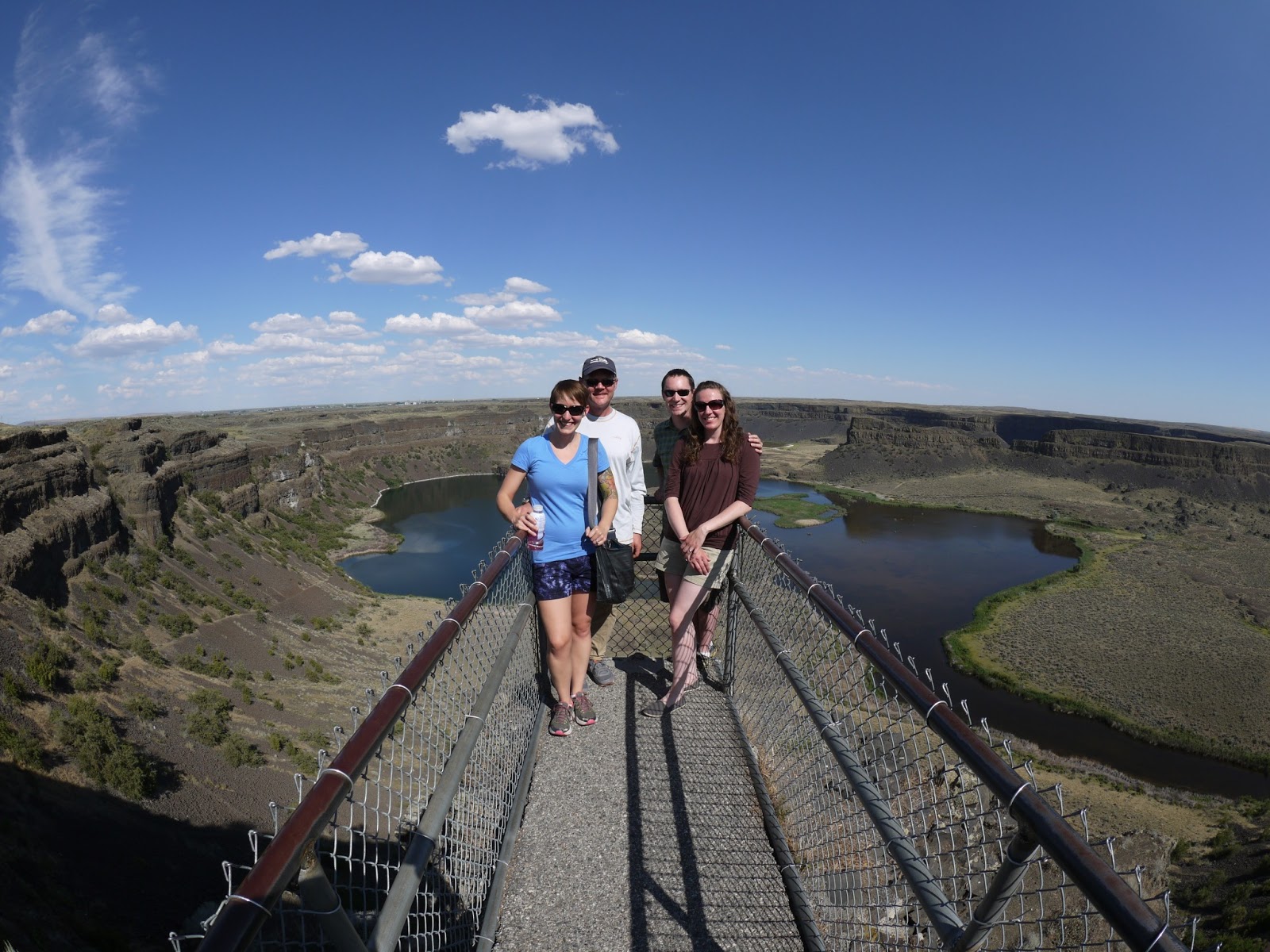 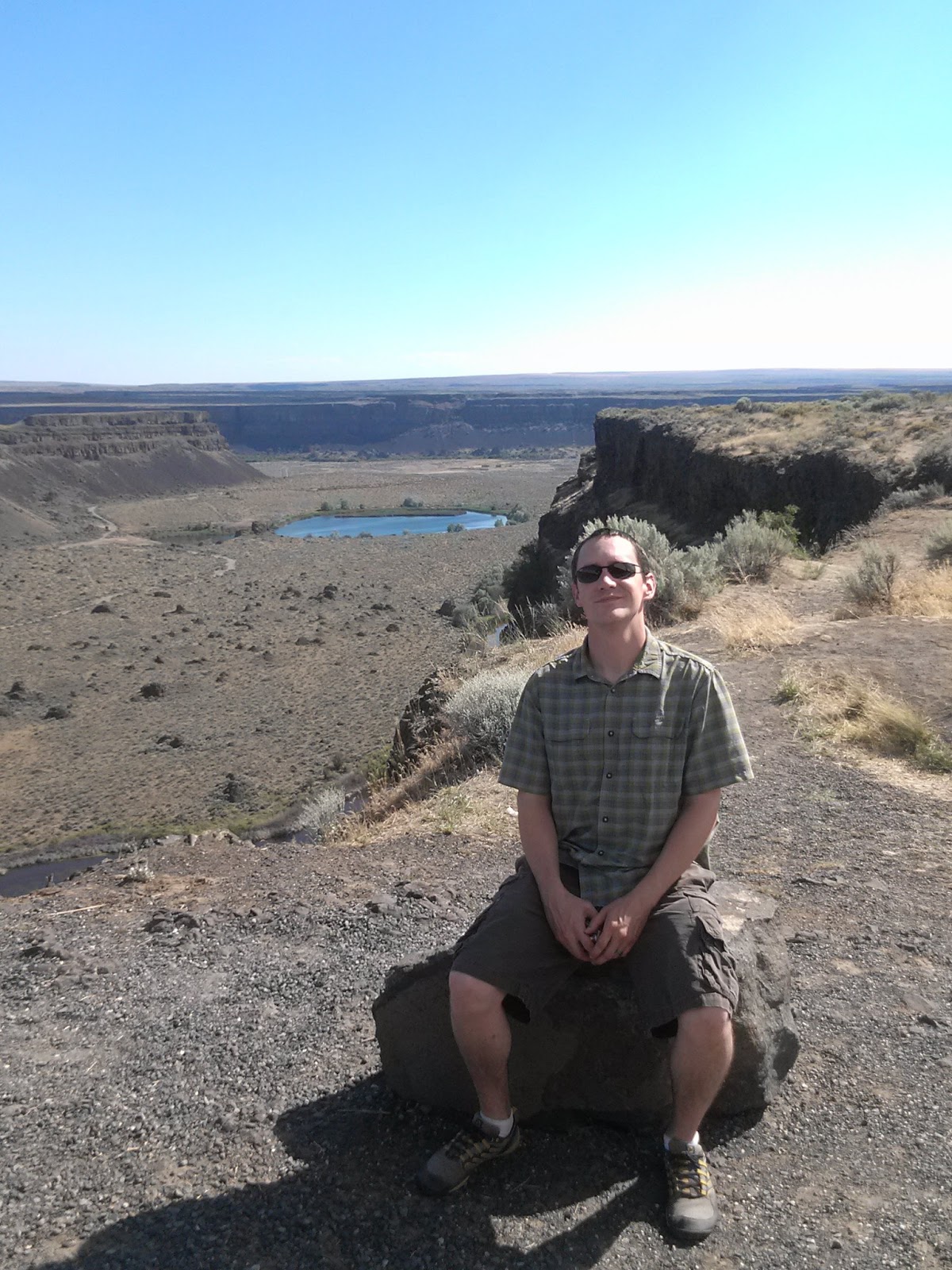 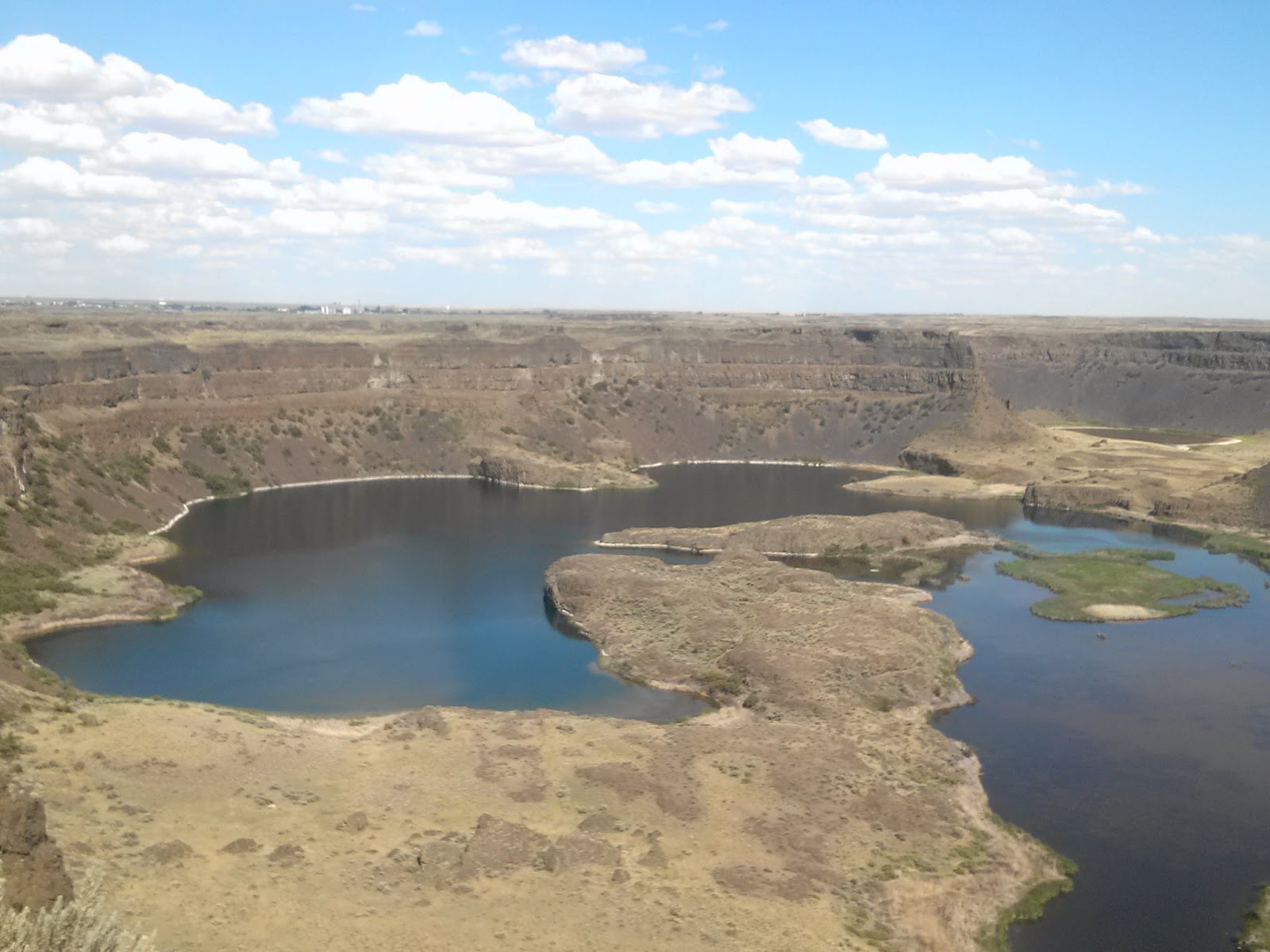 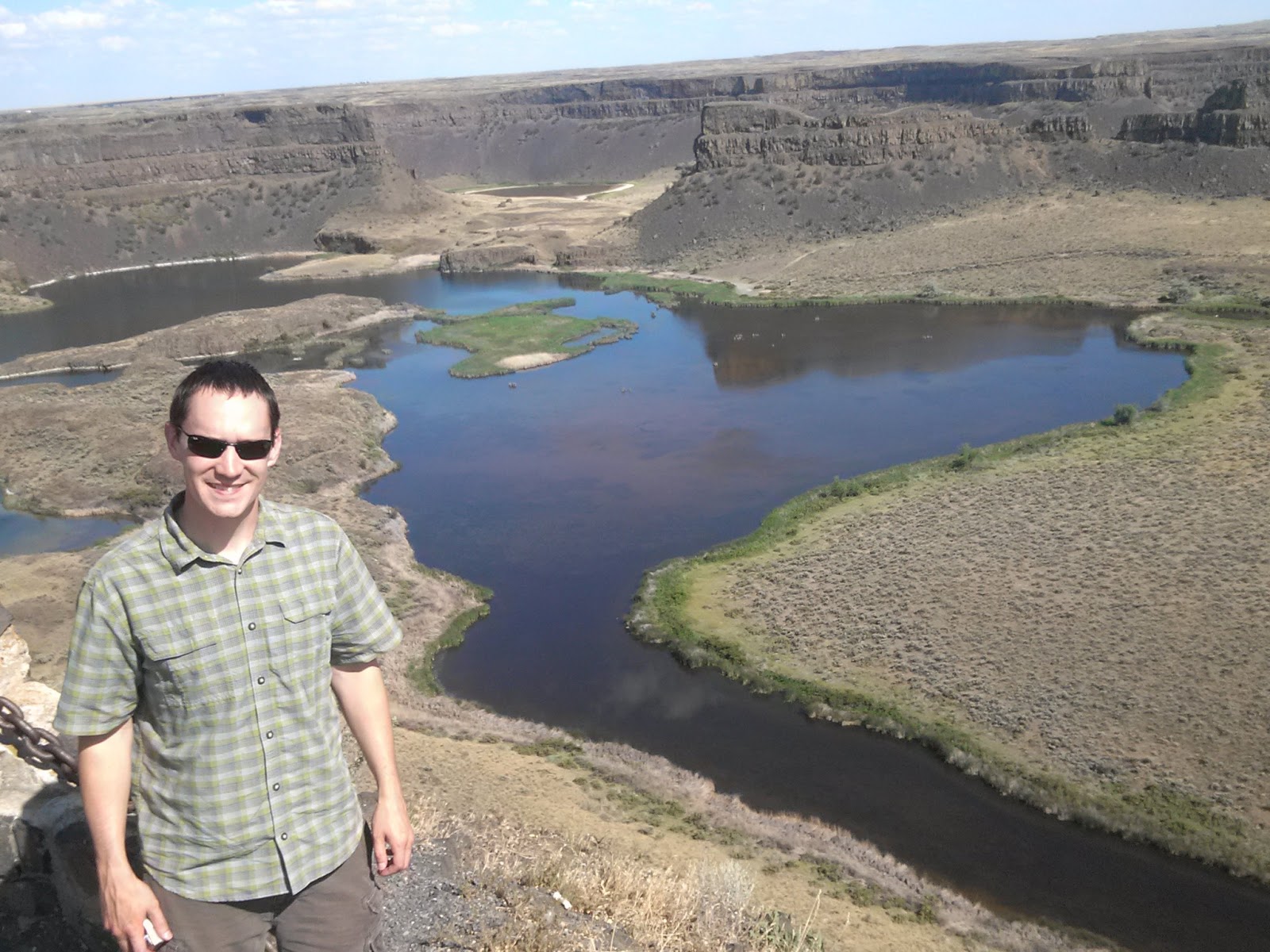 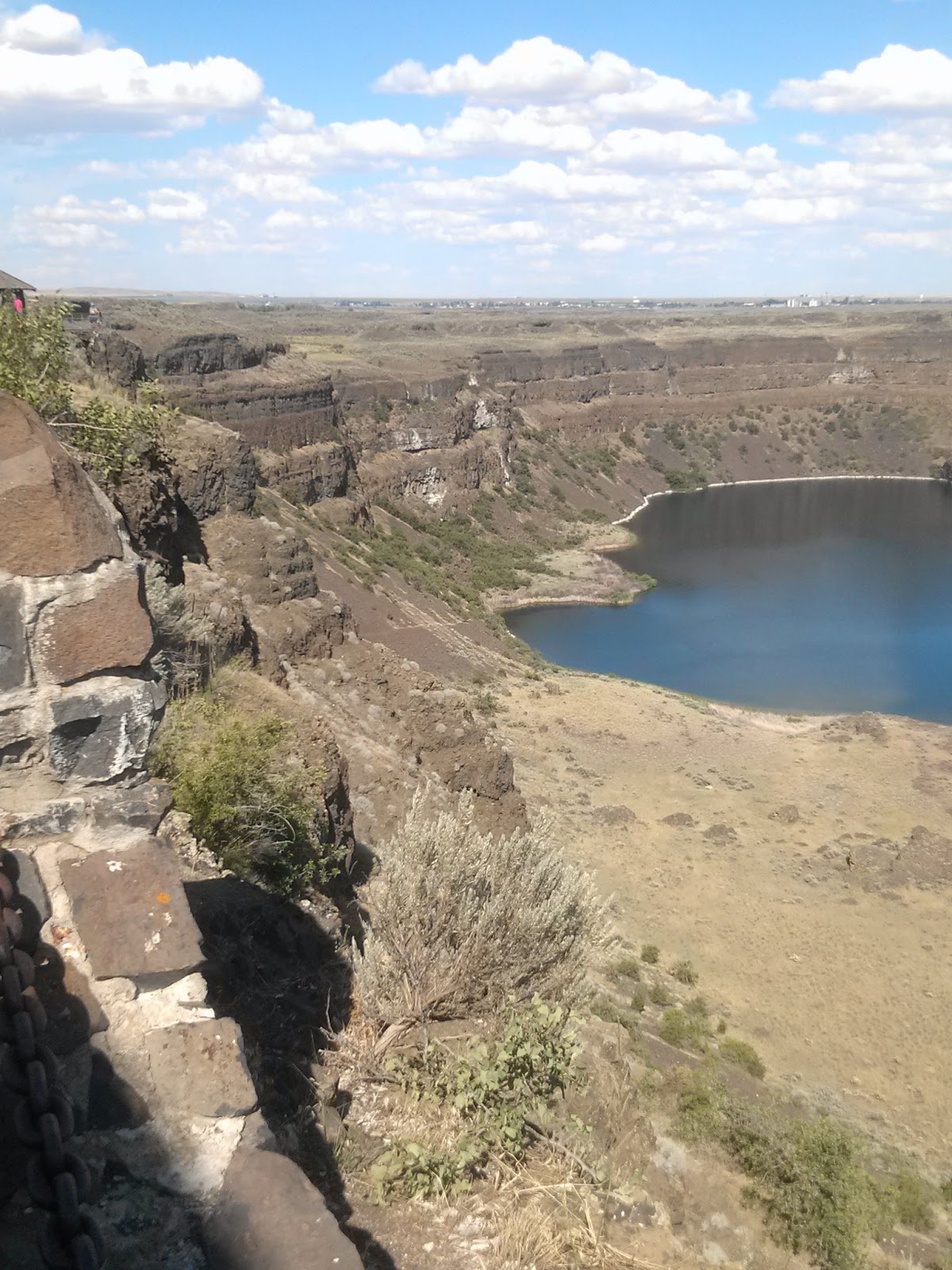 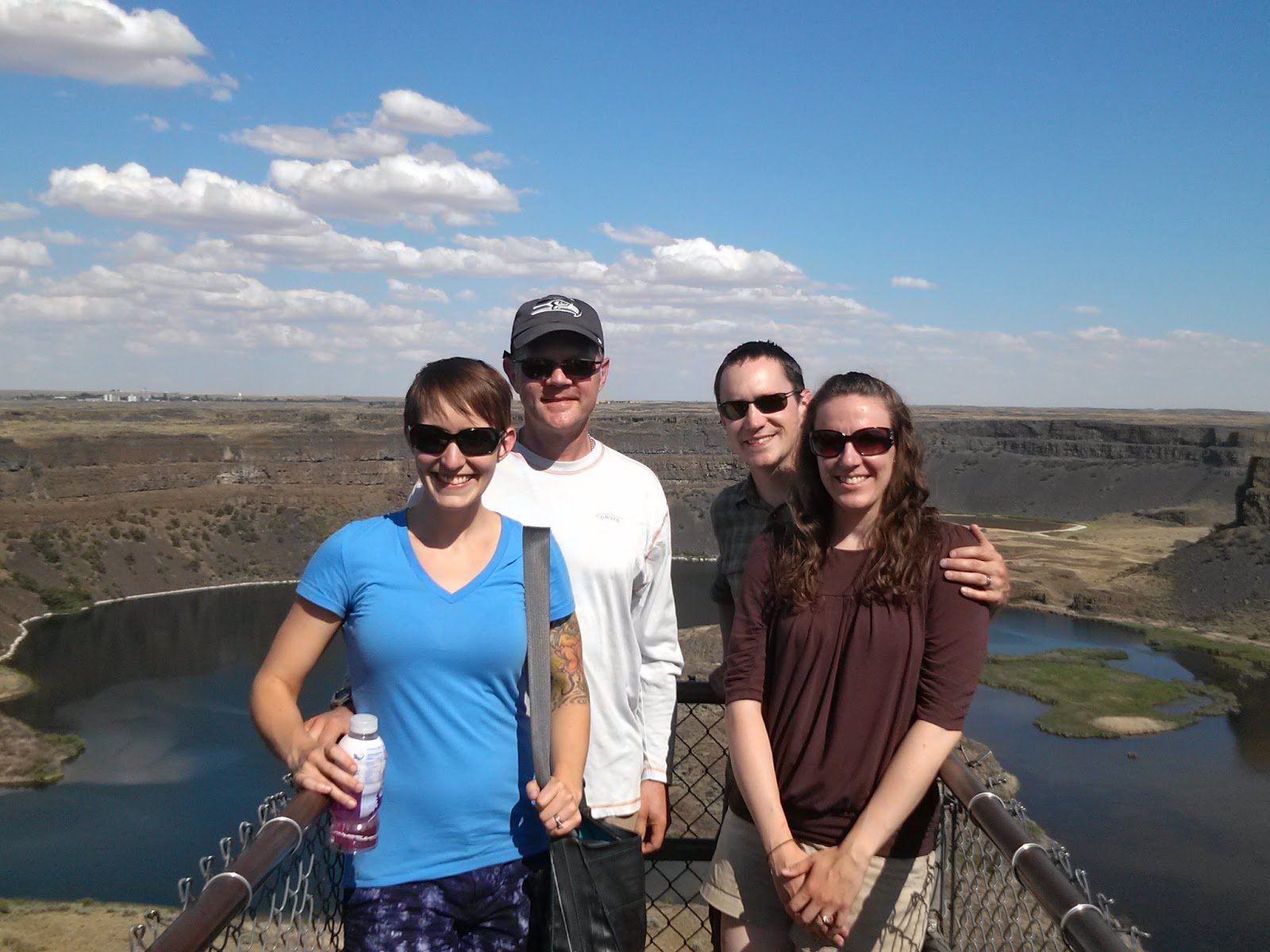 The next day we awoke to an even stormier day than the last.  Having dried out our rain gear from the previous day, we packed up and hit the road for an hour long trip to the northern unit of the park.  The heavy rain kept our hiking to a minimum, but the scenery was…

When we started this trip, we wrote down some of the goals we had for these six months. We’ve mentioned several of these before as reasons for leaving the DC area, but others are simply things we wanted to make sure we did while on the road. So how are we doing? In no particular… 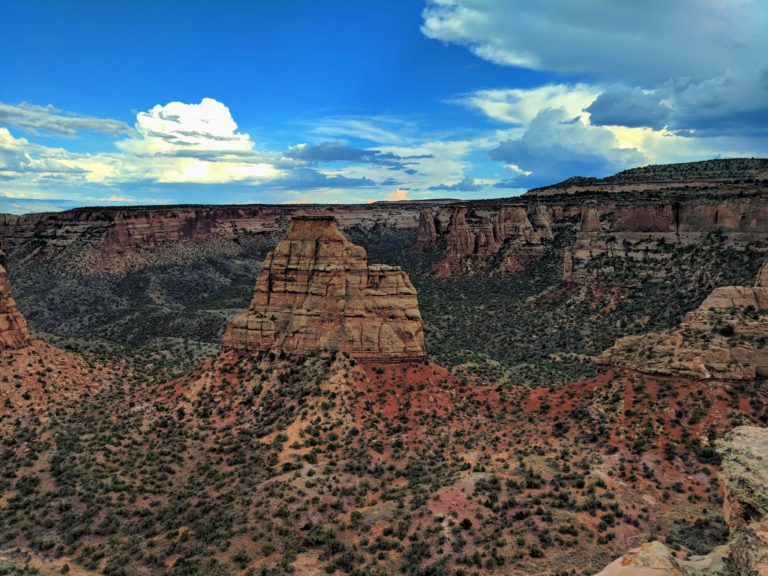