In our previous post I told of our 2018 visit to Germany where we celebrate a 90th birthday, explore local playgrounds, and visit Rotenhan Castle. If you missed it, you can check that out here: Germany With Kids Part 1. Here is what our trip in 2017 looked like, with only one child, but a pregnant mama. We found this trip to be the most difficult international flight so far, as Klara was old enough to not want to sleep most of the way, but not yet able to entertain herself too much. So she wanted to be entertained non-stop. Let’s just say we spent a lot of time walking the aisles!

While most of our trips to Germany are in the May / June time-frame, this year we went in January. I wanted to get another trip in to see my Grossmutter before Nathan’s arrival since it is important to us to see her as much as possible, and we were not sure when we could travel again after his birth for a while. 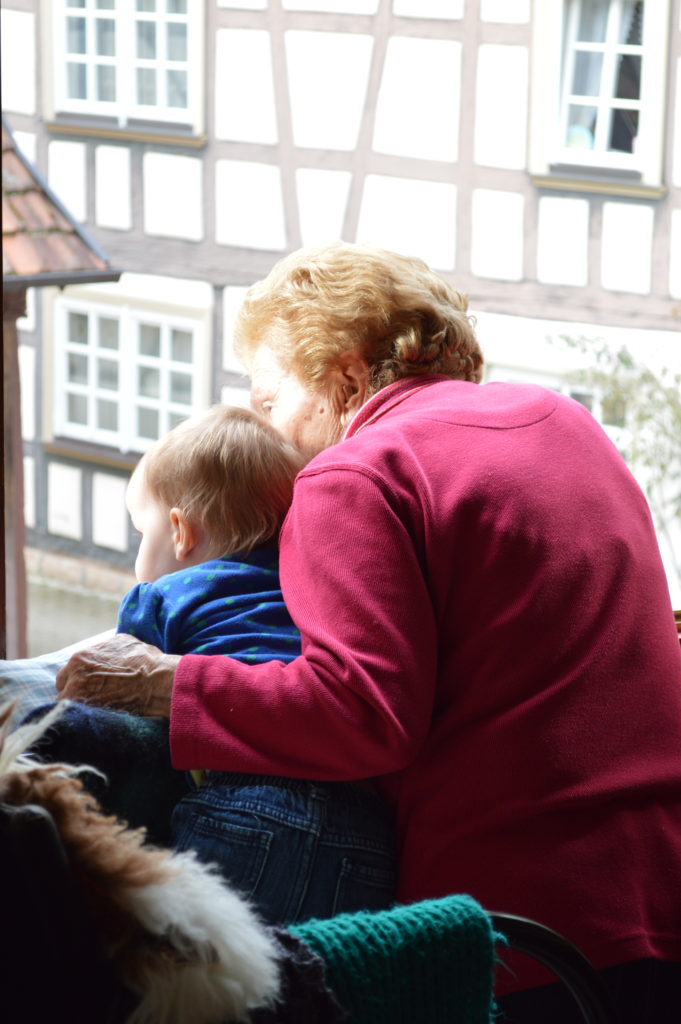 Visits this time of year outside of Pfingsten, other holidays, and birthdays are quieter and more low key. As a result we spend a lot more time relaxing, playing games, cooking, and talking.

I find Germany this time of year very lovely as well. You are a lot more at the mercy of the weather but it is beautiful when it snows. On days where the weather was a bit better we bundled up and still managed to get out a bit.

Playgrounds in Germany with Kids

Germany has great playgrounds. If you’re going to Germany with kids, make sure you seek out the local playgrounds and have some fun! 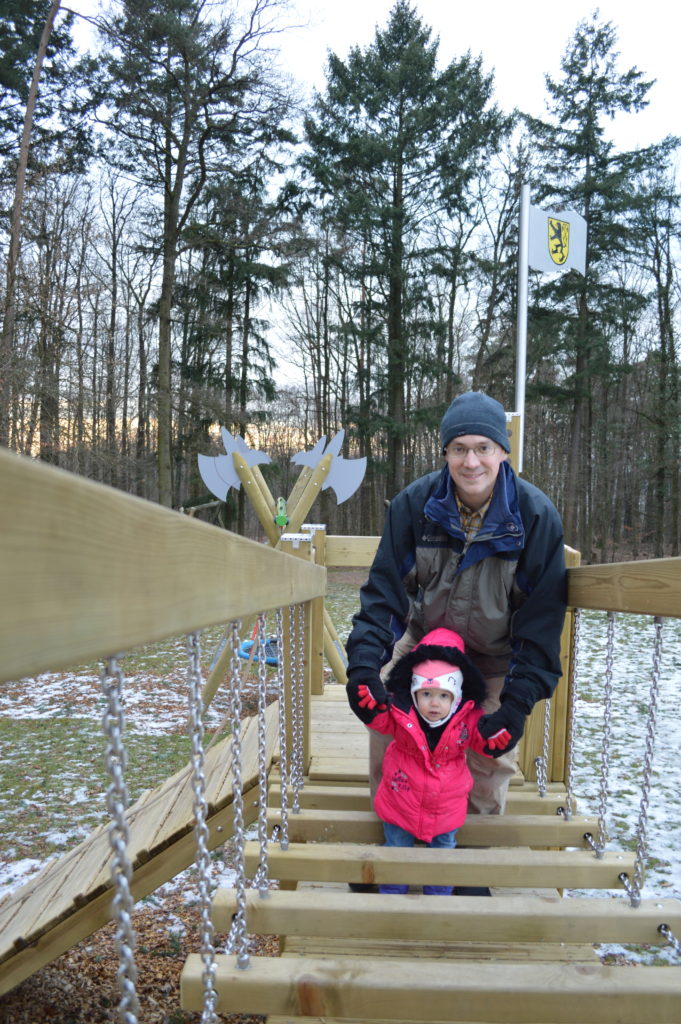 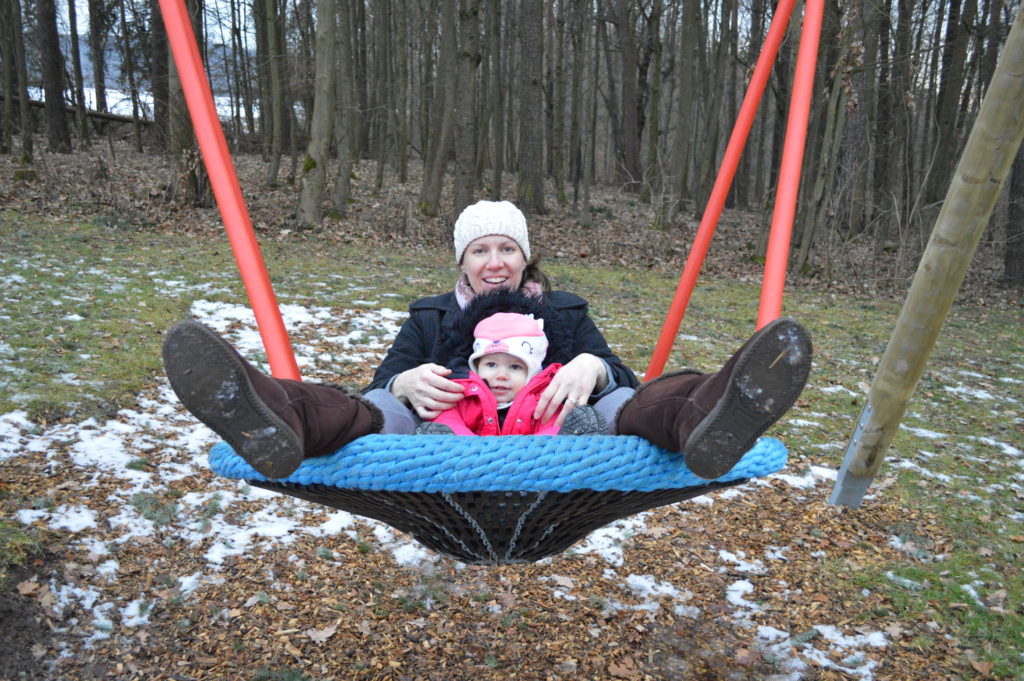 One evening we went with my cousin Kathrin and her husband Eddy to Exit the Room in Nürnberg. It was the first Exit/Escape Room type adventure we had done and we had a blast. The setting of the scenario was during the Cold War with the premise that a nuclear bomb had been stolen by someone intent on setting it off. We had to solve puzzles and find clues to make our way through two rooms to find the bomb and disarm it.

Our group successfully completed the challenge with 15+ minutes left of the hour we started with. It was a lot of fun. I do not know what other Exit Room scenarios are like, but if they are similar to this one I would gladly do more. I have seen them all over, so it may be something we will have to do again elsewhere.

We checked out the Festung Rosenberg in Kronach with my Aunt and Uncle. It is one of the largest fortresses to remain in Germany. The town of Kronach was first mentioned in 1003 AD and the fortress in 1249 AD. The exact date it was built is not known. Charles de Gaulle was once a prisoner of war here, back in 1917. What’s interesting is that he was able to escape twice, but recaptured both times.

Guided tours are available and I’d highly recommend taking one. The tour contains lots of interesting information and takes you places only accessible by tour such as the underground tunnels. Our tour guide also told us about how this fortress was never conquered and showed us the incredibly thick walls that you see as you walk through the entrance ways, the central tower in the courtyard where they could barricade themselves, wells, and various additions and extensions from throughout the years. 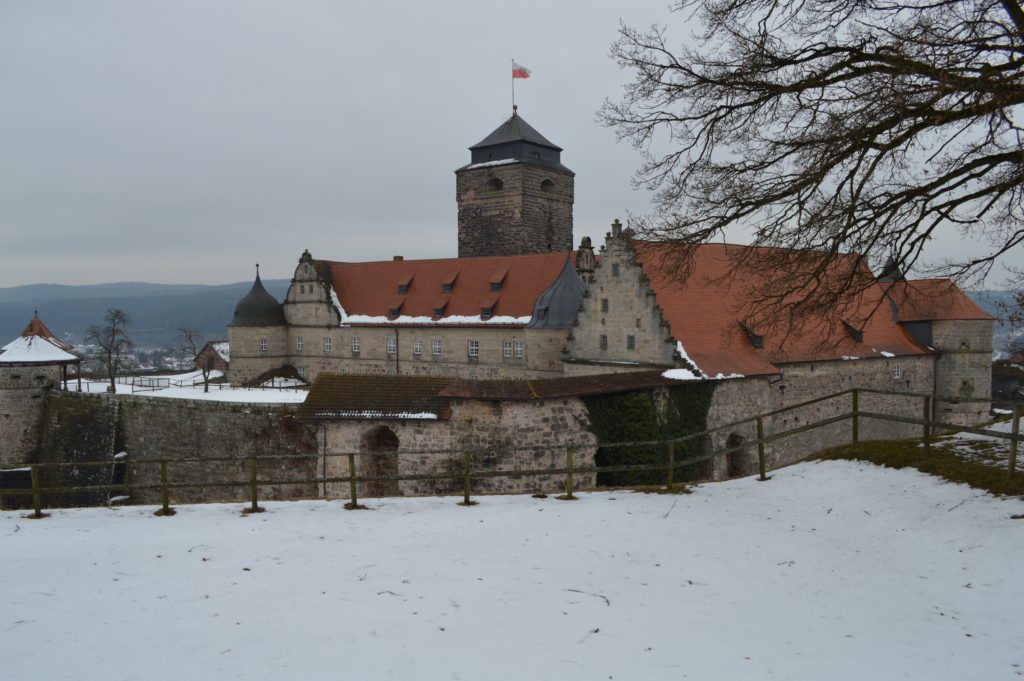 There is a beautiful view from up on the walls. Also located up on the walls is a restaurant where we ate some lunch. Walk into town and you can tour the church as well. 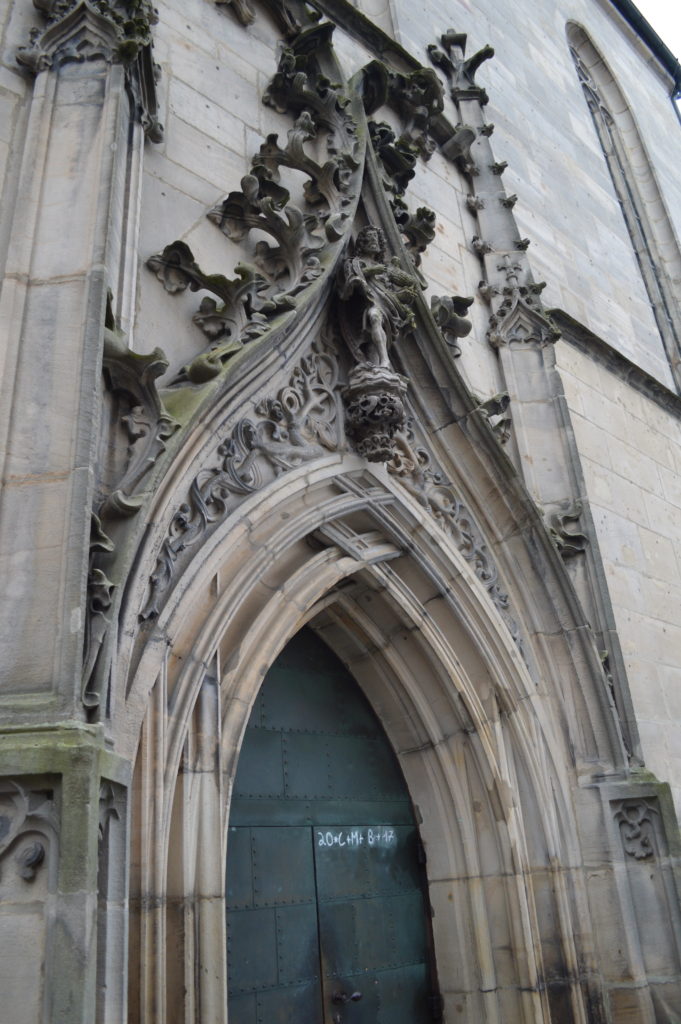 My other Aunt took us to the Memorium Nürnberger Prozesse. We saw Courtroom 600 which is the courtroom in which Nazis were tried and had to answer for the atrocious crimes they committed. Get the audio tour and you can sit in the courtroom and listen to the various audio prompts, also available in English.

The museum provides a lot of information about them and their crimes and the process of the Nürnberg Trials. We were glad we went but of course going there is a somber and sobering experience. As much as I have been told and have read over the years I still learned a lot about the Nazi trials and convictions. Have you been to Germany with kids? What places do you recommend checking out? Leave a comment below and we will add them to our list for next time or as the kids get older! See our next post on our very first trip to Germany with Kids Part 3 in 2016 where we visit a wildlife park, Coburg Castle, Zabelstein Castle, and a cave. We’ll also be posting all of our lessons learned and tips that we have gathered through those experiences.

Originally we weren’t planning on riding the tram, but we found ourselves with a free day with no hiking planned and thought it would be a different view of the area. The Aerial Tram originates out of Teton Village (at an elevation of 6,311 ft), and climbs to the top of Rendezvous Mountain (elevation of…

Iceberg Lake was by far our favorite hike in Glacier. This hike was located in the Many Glacier area of the park and is 9.6 miles out and back. The first part of the hike climbs through open landscape, with big mountain views, and grassy hillsides Then the trail delves into the woods, eventually coming…

Triceratops Trail is an about 1.5 miles out and back trail in Golden. This seems like the sort of place that would be pretty popular on a warm day. We were glad to have it all to ourselves. First you arrive at the clay pit overlook. From here you are able to walk down into…

The Playmobil FunPark in Zirndorf (near Nürnberg, Germany) is amazing! While visiting family in Germany, my cousin Kathrin suggested we all take our kids and go. K and N love their cousins M and J and we all had a great day together. It was a day of non-stop play and wonder. This place is…